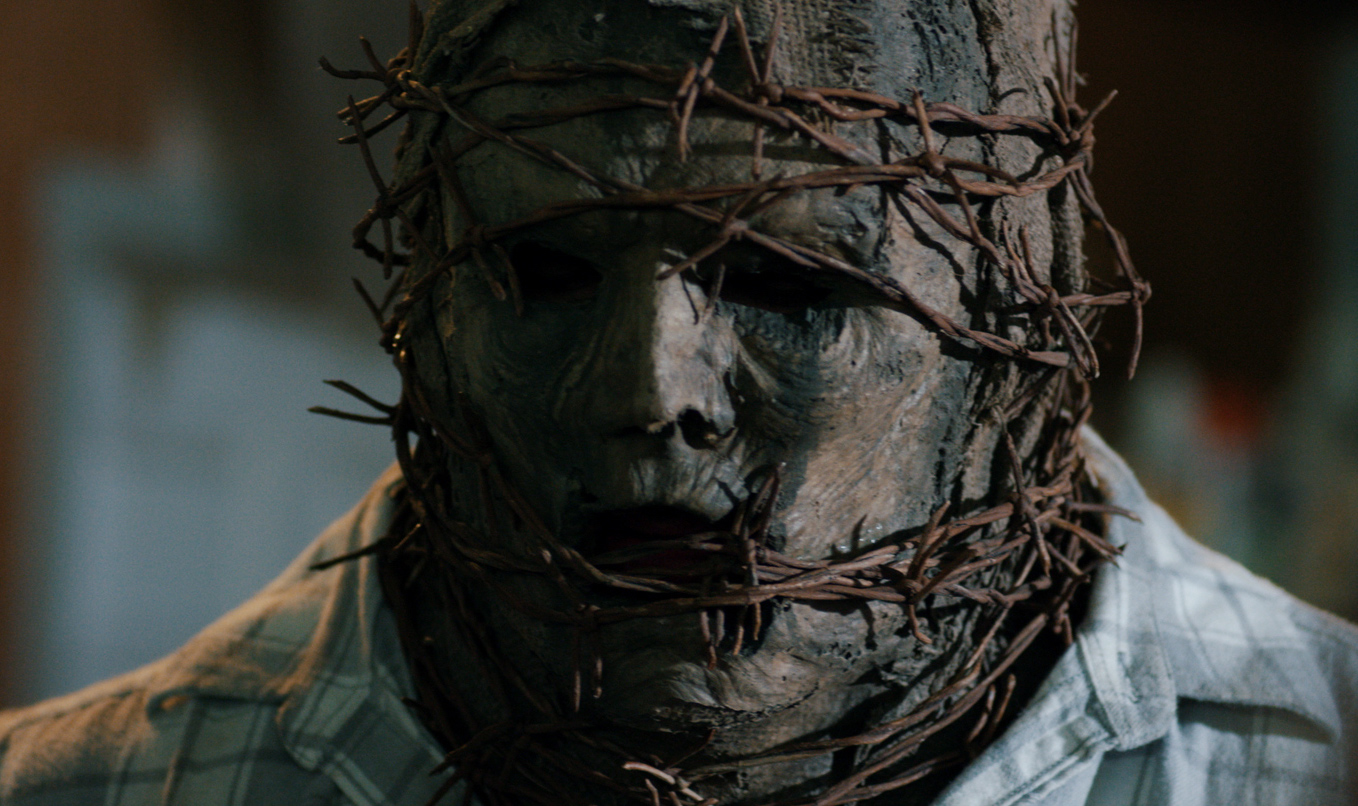 With Halloween around the corner, the expected Fall-themed horror films are starting to drop left and right. One of the latest is Fear Pharm. Before you ask, yes, there is a reason it is Fear Pharm and not Fear Farm. It’s a dumb title, but at least it has purpose.

Director Dante Yore’s little slasher begins with a bloody and naked woman running through a cornfield and being chased by a pack of psychopaths. It’s immediately graphic and goofy in look and feel. So it at least tells you right away what you are getting into.

The friends are soon invited by Hershel to go through a VIP corn maze after one of them has her hand stamp marked as being number 10,000. The deal is that if they get through the maze in two hours, they get $5,000. But as the friends move through the maze and get separated, they come face to face with eccentric and dangerous killers who have a specific plan for the victims.

Yore’s film never quite finds the right balance of dark comedy and brutal horror. Its weird touches, like an ice cream truck with clowns in the maze, come off as Rob Zombie lite. The other moments in the maze are standard stalk-and-slash scenes, though ones with an obnoxious character named Rustin (Chris Leary) aim for a more comedic tone. He consistently makes fun of some of the masked psychopaths who just stand there. Some of this is hilarious, some of it just dumb.

Fear Pharm doesn’t really hit the horror sweet spot until the third act. This section takes some unexpected turns, while Aimee Stolte shines as a psycho named Gemma who has an obsession with peeling skin. The final joke in the film also works well in a sick kind of way.

The film also has female protagonists that at least show some strength and fight back against the crazies. The tracking shot work in the cornfield is smooth as well while some of the drone shots are beautiful. There’s also a scene involving a truck and paintball guns that is entertaining and out of nowhere.

The majority of Fear Pharm is straightforward killers-in-a-corn-maze stuff, fitting for the Fall season but nothing fresh at the same time. Yore tries for a meta approach at times and intense horror at other times. Some of his touches work, but he never fully finds a fitting balance until the final stretch. At just 79 minutes, Fear Pharm manages to feel repetitive and tiresome. It also uses lazy CGI blood, which is a big no-no for slasher fans. 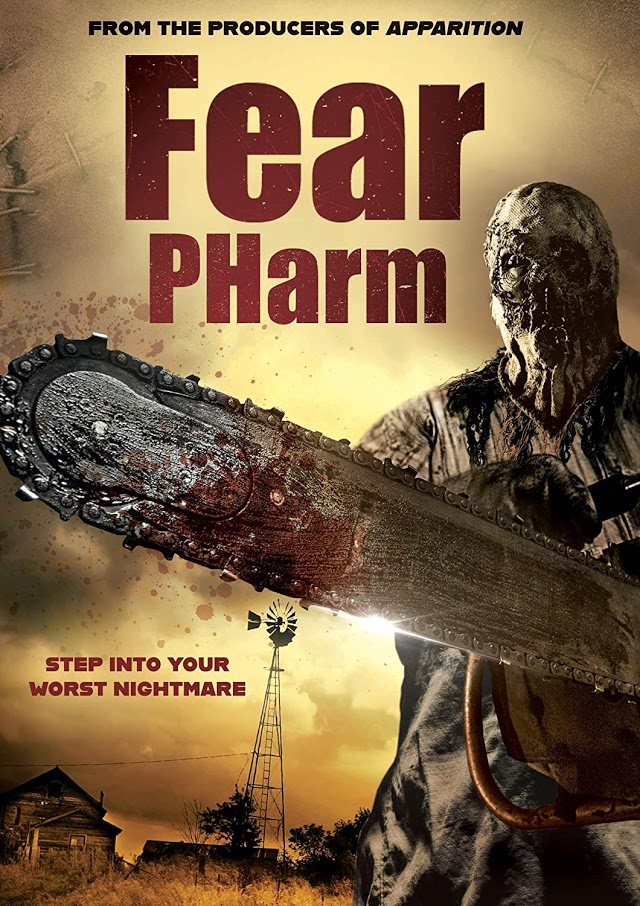