For the final installment of the Fear Street trilogy, we’re going all the way back to the beginning. Buckle up, kiddies: it’s time to meet Sarah Fier. This finale splits its time between the 17th century Shadyside (then called “Union”) and the 1990s, allowing it to experiment with two very different visual palettes, both of which it uses to full advantage. Fear Street Part III: 1666 is remarkably self-assured, confident in its ability to tie up all of the loose ends and bring Fear Street to a satisfying conclusion. And aside from a few slightly clunky narrative choices, it succeeds, creating a cohesive whole from what has to be one of the most well-executed horror series in recent memory.

When we last saw Deena, she was reuniting Sarah Fier’s body with her missing hand, an act that would allow her a window in the events surrounding Sarah’s execution for witchcraft. 1666 Shadyside has a very The Crucible vibe: it’s full of superstitious people ready to declare any passing tumbleweed a malevolent witch in league with the devil, and all of the bored teenagers in the town sneak off into the woods at night to engage in scandalous behavior that will later be used against them. Sarah seems like a kind, generous girl, but when the town begins to experience a mysterious blight that sees their crops rot and their animals grow savage, all eyes turn to Sarah as the probable culprit.

In telling this part of the story, the filmmakers make a bold creative choice: they have the entire cast of characters played by the actors featured in Fear Street: 1994 and Fear Street: 1978. The actress who plays Deena also plays Sarah, Sheriff Nick Goode doubles as his own ancestor Solomon Goode, and so on. It’s an interesting notion, one that emphasizes the cyclical nature of the evil that inhabits Shadyside — the same horrible things happen to the same families over and over again across the centuries. But there’s something about its execution that feels a little bit off.

For starters, they’ve elected to have most of the cast use an old-timey, vaguely Irish-sounding accent, and not all of the actors are equally up to the task. We’ve so recently seen them as teenagers in either the 1990s or the 1970s, depending on which film they were in, and the result is that they sometimes come across like they’re acting in a high school theatrical production. At best, it’s a decision that comes across as jarring, and it takes a little bit of time, in the beginning, to get used to viewing the actors within this new context, to the detriment of the actual storyline. Fear Street: 1666 is gruesome and chilling, but it also feels more derivative of other witch films rather than a wholly fresh interpretation like the other two Fear Street films. 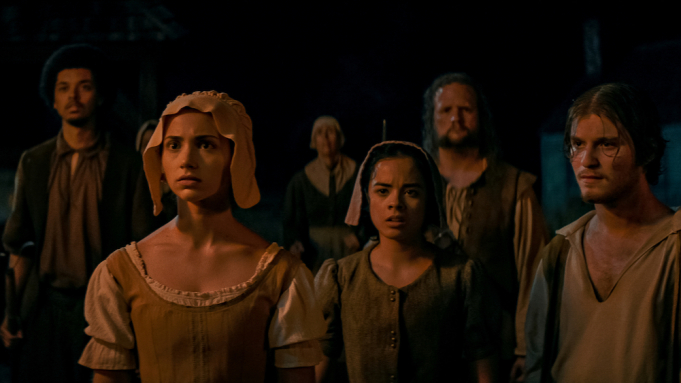 The best parts of Fear Street: 1666 are the segments set in 1994, which is where it returns to the inventive energy that made the other two so exciting to watch. There’s one sequence, in particular, set in the local mall amidst several buckets worth of neon blacklight paint that feels like 90s horror at its most fun. But perhaps most of all, the entire Fear Street trilogy deserves credit for how well it handles the queer love story at its heart. It’s rare in all films but horror, especially to allow their lesbians to make it through without forcing them to endure the most abject suffering and misery. But the relationship between Deena and Sam is so pure and sweet that it reverberates through the centuries, and there’s something so lovely about that, even as they grapple with supernatural possessions and witches and axe murderers.

Fear Street: 1666 is a more-than-acceptable conclusion to what has been an unusually consistent horror trilogy. The ultimate resolution of the Shadyside curse is narratively exciting, taking the opportunity to transform what could be just another ghost story and turning it into legitimate social commentary. One of the more creative and just plain fun offerings from Netflix of late, the complete trilogy should serve as an example of the sort of interesting, well-constructed series that can be developed. 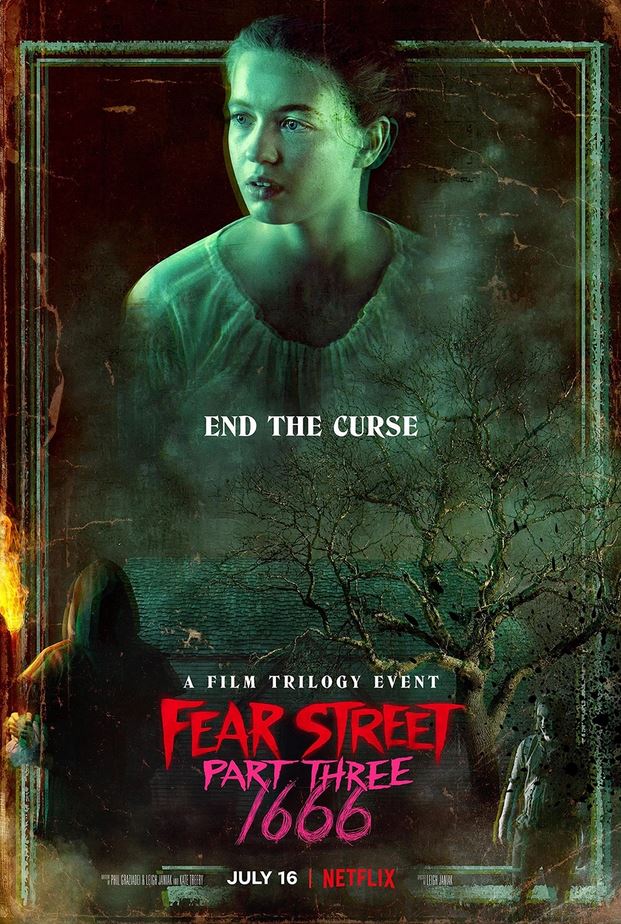 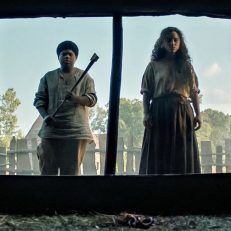 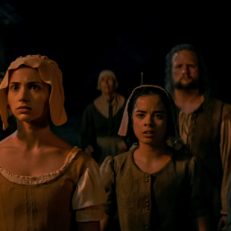 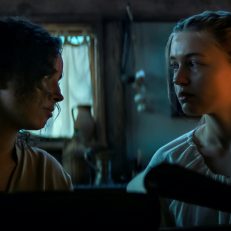 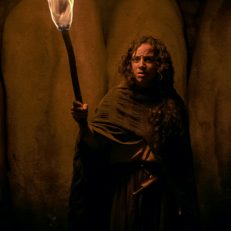