As a guy who grew up watching horror movies, I get a lot of joy from seeing films that serve as an entry point to the genre. Whether it’s some of the films from Laika, notable blockbusters such as Ghostbusters, or movies with the right spirit like the recent Scary Stories We Tell In The Dark (a cinematic page-turner, some would say), it’s neat to see how the genre can be twisted to make room for more. Creating a trilogy out of Fear Street was a novel idea for sure, and fortunately, even with some issues, this series of films delivers good fun.

Inspired by the R.L. Stine book series, these three films deal with a series of brutal slayings in the notorious town of Shadyside. ‘Part One’ follows teens in 1994 who take on an evil force that’s plagued them all. The curse over this town is further explored in ‘Part Two,’ which is set at a 1978 summer camp. Finally, ‘Part Three’ takes viewers way back to 1666 to see how it all started by focusing on a witch-hunt.

We’ll see how far this series of films stick around on the Netflix leaderboards, but what was once set to be a trilogy of films released over three months has turned into a summer horror event arriving over the course of three weeks. Regardless, this is an ambitious concept from director Leigh Janiak, who has taken several key influences to deliver three separate films, all connected by the same overarching story. 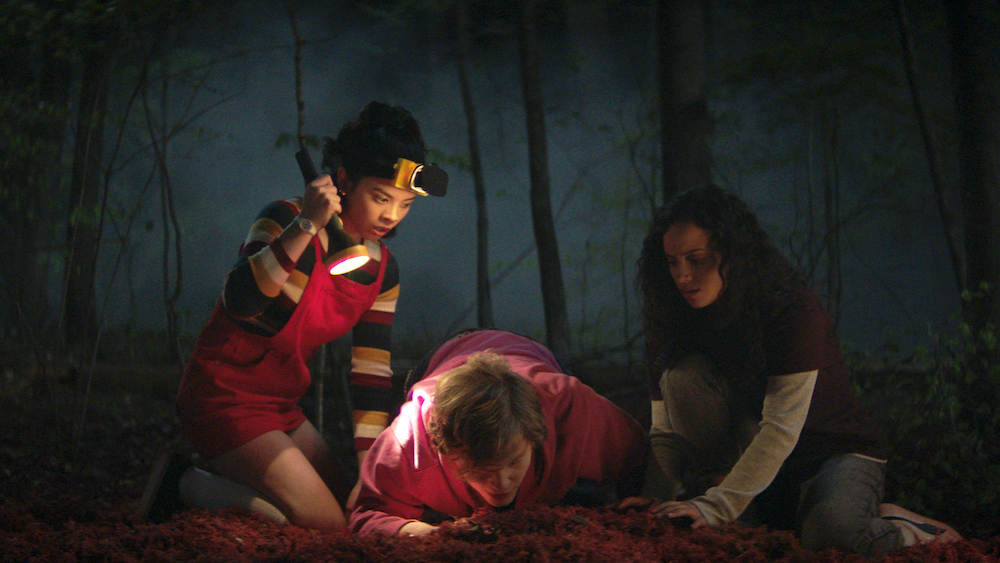 As much as Scream and Friday the 13th play a role in what’s put on display, there’s a good dose of Back to the Future in here as well. It all works out well enough, as the films manage to find a good amount of entertainment value in their efforts to scare, deliver on the horror violence, and wear a bit of a smirk in their efforts to feel familiar but new.

Really, calling these scary movies is only going to go so far. Unless you’re just starting high school or don’t tend to watch horror films, these aren’t movies that are going to keep you up at night. I actually enjoy that these work as the stepping stones for young adults who read Stine’s Goosebumps books and have now graduated to something more mature.

Even with the R rating, these films don’t have a tone that pushes for adult viewers only. Instead, these are glossy horror flicks that can be enjoyed to varying degrees by many. The activities taking place never push the boundaries of something too mature for a teenage audience. It really comes down to the sort of gore we see (which reaches a peak in Part Two), which dictates what the MPA can assign. That said, 1994 has one of the better slasher movie deaths I’ve seen in some time. 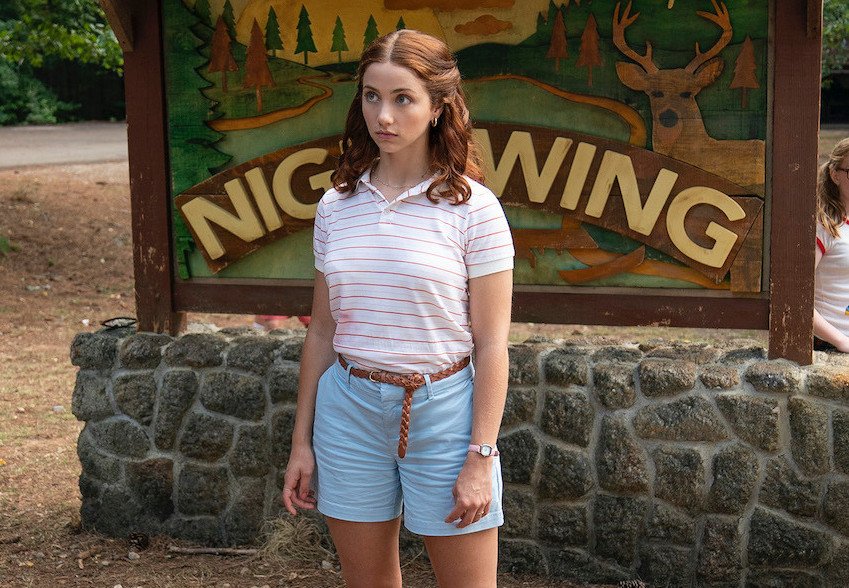 Looking at these films separately, 1994 was the weakest entry. Being an homage to a movie that already served as an homage robs this initial entry of a lot of its potential to be a truer 90s-inspired feature. Much has been said about the various needle drops (from both before and after 1994), but I wouldn’t say it bothered me. It’s aggressive but doesn’t play against the tone of the film.

1978 was a stronger entry by way of the character work on display and going even further with the slasher-related bloodshed. I cared more about how the story was being told, and with the framework built around a Friday the 13th-type of situation, it never felt too clever for its own good.

I’m not sure if 1666 was the best of the bunch, but I really enjoyed how it found a way to tie everything together, making for a compelling period-focused entry before delivering a killer climax. The fact that Fear Street found a way to convincingly involve the same cast members but shift them to an entirely different era deserves some kudos. It’s a bit too humorous to see the attempts at these colonial American accents in a post-The Witch world, but it works.

Made up of a largely teenage cast, some of the players do good enough work, including Kiana Madeira, Sadie Sink, and Emily Rudd, who serve as the primary leads of the series. Gillian Jacobs also does well playing against type as a recluse who has survived a lot. Others are less successful by nature of the films not quite finding the rhythm to better reflect the time periods they are set in terms of attitudes. These Fear Street films rely a lot on atmosphere, so the character work only goes so far. That said, it is something to see these films try to work in themes surrounding outcasts and inclusivity.

I am curious if being sold to Netflix led to cutting back on specific aspects of production, as it’s hard to picture these films in their current forms as movies meant for the big screen. Some shakey visual effects and an overall presentation that calls to mind some of the various horror efforts of a few Ryan Murphy shows, let alone MTV’s Scream series, which Janiak also worked on, sometimes got in the way of enriching these films’ cinematic quality.

With that being said, for a filmmaker to put together three films in a plan to push out a new horror trilogy, the fun is undoubtedly there and worth a streaming marathon. Fear Street works as good material for a teenage sleepover. There are benefits for horror fans that don’t take this too seriously as well. Mileage may vary, but as a creepy set of flicks to pull up online, it’s an enjoyable watch.

The Fear Street Trilogy is now streaming on Netflix. 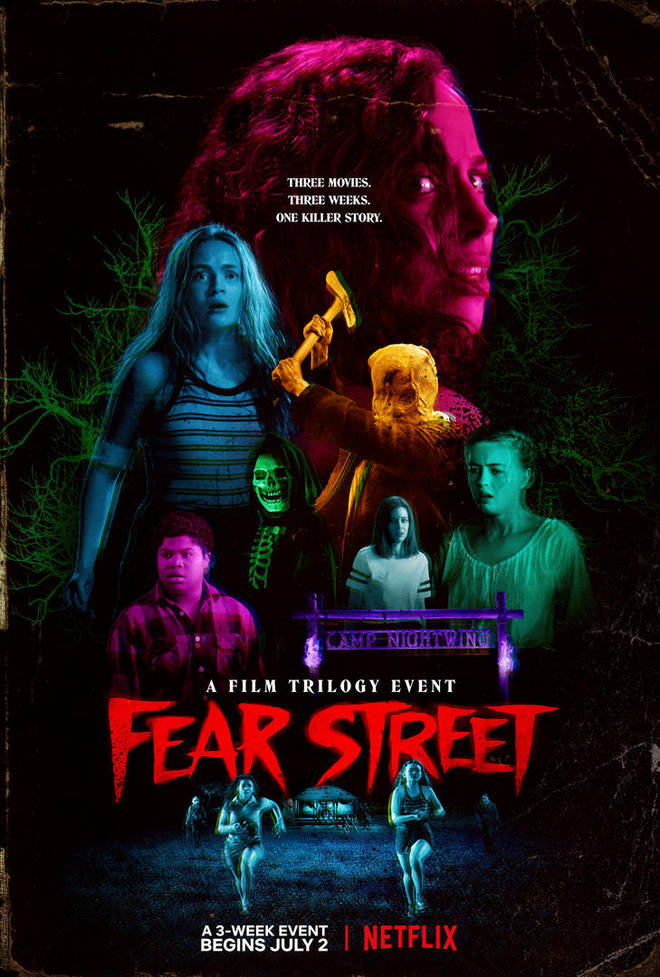 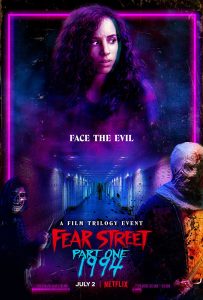 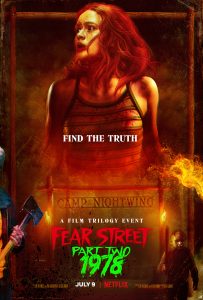 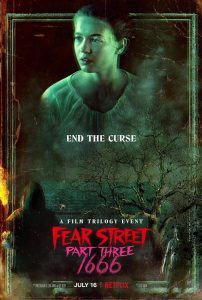 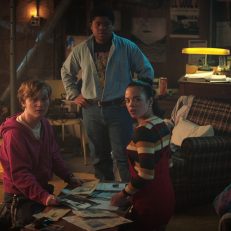 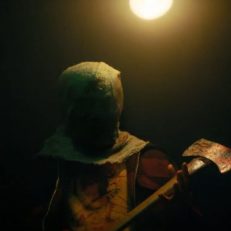 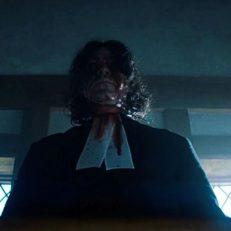 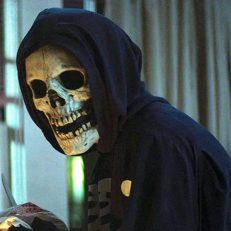 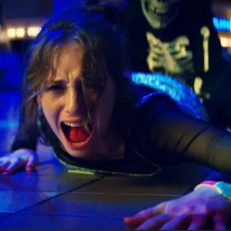 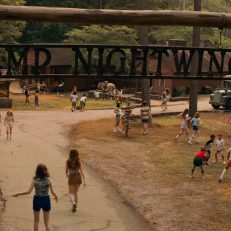 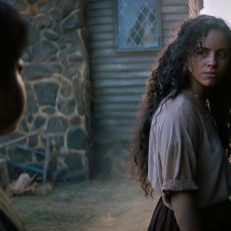 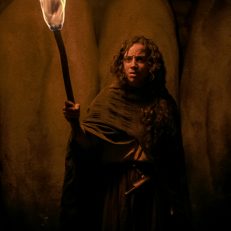