Like many plays brought to the screen, Fences still feels like a play. Sure, you can get closer to the performances, but it still feels like a live reading. There’s nothing wrong with simply presenting the dialogue of the play is strong enough. A Few Good Men, 12 Angry Men and Sleuth are certainly examples that worked, but there are plenty more examples where the material feels designed for a contained space, and cannot transcend that. 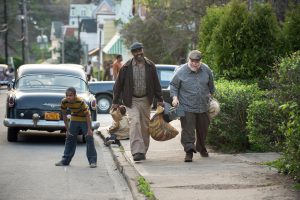 Denzel Washington and Stephen Henderson in Fences, from Paramount

The very first scene of Fences has Troy (Denzel Washington) monologuing to his garbage truck partner Bono (Stephen Henderson), until they get to his house and Rose (Viola Davis) joins them, really just to listen to Troy talk some more. Even when they go inside the house and Troy’s son Lyons (Russell Hornsby) arrives, it’s still just four people in a house.

What gives it away is that most of what Troy is babbling about before they get inside is irrelevant. The point is to show Washington swigging a bottle of gin, staggering around and slurring. It becomes a pattern that Troy has an answer for everything and then he continues to dominate the conversation. Sound like anyone you know? We all know Troys but that alone doesn’t make him worthy of a play or a movie.

These are all theatrical speeches. Bits about baseball and seeing death recur but if it weren’t in a play you would write it off as a drunk A-hole. It always feels like he’s performing for a crowd, never talking to the person in front of him. Every time he pontificates about life lessons to his sons, we learn that Troy was a terrible father so he undermined any credibility he had. There’s value to old school discipline but it’s just words for Troy.

Jovan Adepo and Denzel Washington in Fences, from Paramount

Troy is so sanctimonious. Even when he’s copping to his mistakes, it’s always about understanding his feelings, never his wife’s or his sons’. Even when Rose comes to talk, he throws it back on her when he’s in no position to do so. I hope people see Tony as a cautionary tale but you never know if some A-hole is going to see it as sympathetic to all their misdeeds. Boom! You never know.

If there is a plus side, it could be that Fences remains compassionate towards a very flawed and relentlessly unredemptive character. Unlike Training Day, he’s not a charismatic villain. Instead we should feel sympathy for Troy’s family because it’s their responsibility to live with him. Washington’s lack of vanity could be admirable, but it also feels like showing gray and gaining weigh is blatant Oscar bait. And Tony’s baseball metaphors are so mundane. This won a Tony, a Drama Desk Award and a Pulitzer???

Viola Davis in Fences, from Paramount

Davis also gives a great performance but Rose is still a reflection of Troy. She is empowered but there is no scene that is not about Troy. Was the play like that? Did the movie just cut out all the Blechdel test passing Rose subplots? In a movie you can see the snot pouring down her nose. You can’t see that on stage, even in the good seats.

I can’t begrudge Washington bringing a play he was passionate about and was a personal success for him to the screen. A lot of my issues are with the source material anyway, so it wasn’t going to win me over. I’m all for bleak, but if I’m going to spend over two hours with an obnoxious loser, there better be some Aaron Sorkin or David Mamet level banter to get me through it. 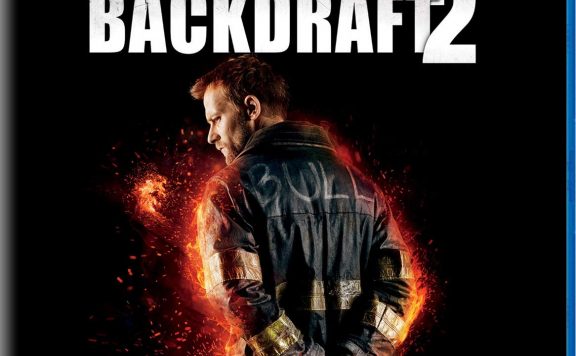 Like many plays brought to the screen, Fences still feels like a play. Sure, you can get closer to the performances, but it still feels like a live reading. There’s nothing wrong with simply presenting the dialogue of the play is strong eno...
0
Average User Rating
0 votes
Please sign in to rate.