The devastatingly handsome Mr. Grey and beautiful Miss Steele continue their romance in the second film of the trilogy, Fifty Shades Darker. The story follows the two as they navigate their way through having a “vanilla” relationship. A few problems and issues arise along the way, and they must compromise on a lot of challenges. Fifty Shades Darker is a better film than the first simply because I knew what to expect coming into it.

Fifty Shades Darker is not a masterpiece of a film by a LONG shot. The acting is all over the place, and I suspect the horrible dialogue is more the writing than the actor’s performances themselves. There are long and awkward pauses and strange delivery of dialogue that makes parts of the film incredibly laughable. 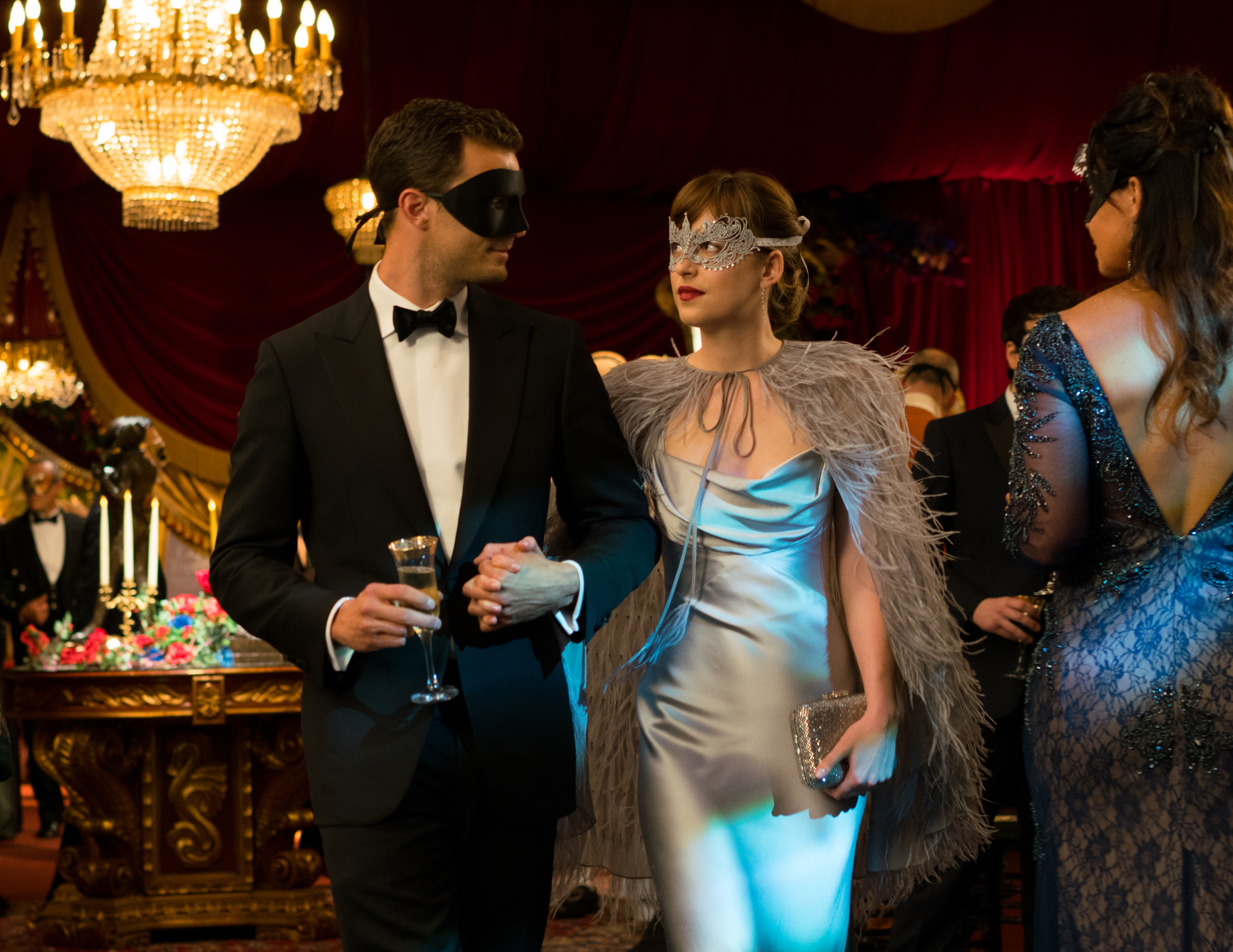 What Fifty Shades Darker does better than its predecessor is cater to its known audience. This film seemed much more aware of what it was going for and who it needed to appease. It was not made to assuage critics but rather appeal to the group of girls heading out for a night away from family, kids, husbands and responsibility. For that reason, Fifty Shades Darker is the ultimate girls night film. There is a scene where Christian is working out, and there are about 3 minutes of the film spent watching shirtless Christian do pull ups and other great physical workouts. It got the audience riled up and laughing. The costume design is beautiful, particularly Anastasia’s clothing and the scenes from the masquerade ball.

If you’re a fan of the books or you are just dying to see this film, then you will probably get a lot of enjoyment out of it. It is a great popcorn movie with a sexual twist. It is not a critic’s darling film or even something that people who aren’t fans of the books or films would get, but fans of Christian Grey rejoice! There is plenty of hot and steamy action for you in this film.

Fifty Shades Darker Review: Mr. Grey Will See You Now The devastatingly handsome Mr. Grey and beautiful Miss Steele continue their romance in the second film of the trilogy, Fifty Shades Darker. The story follows the two as they navigate...
0
Average User Rating
0 votes
Please sign in to rate.