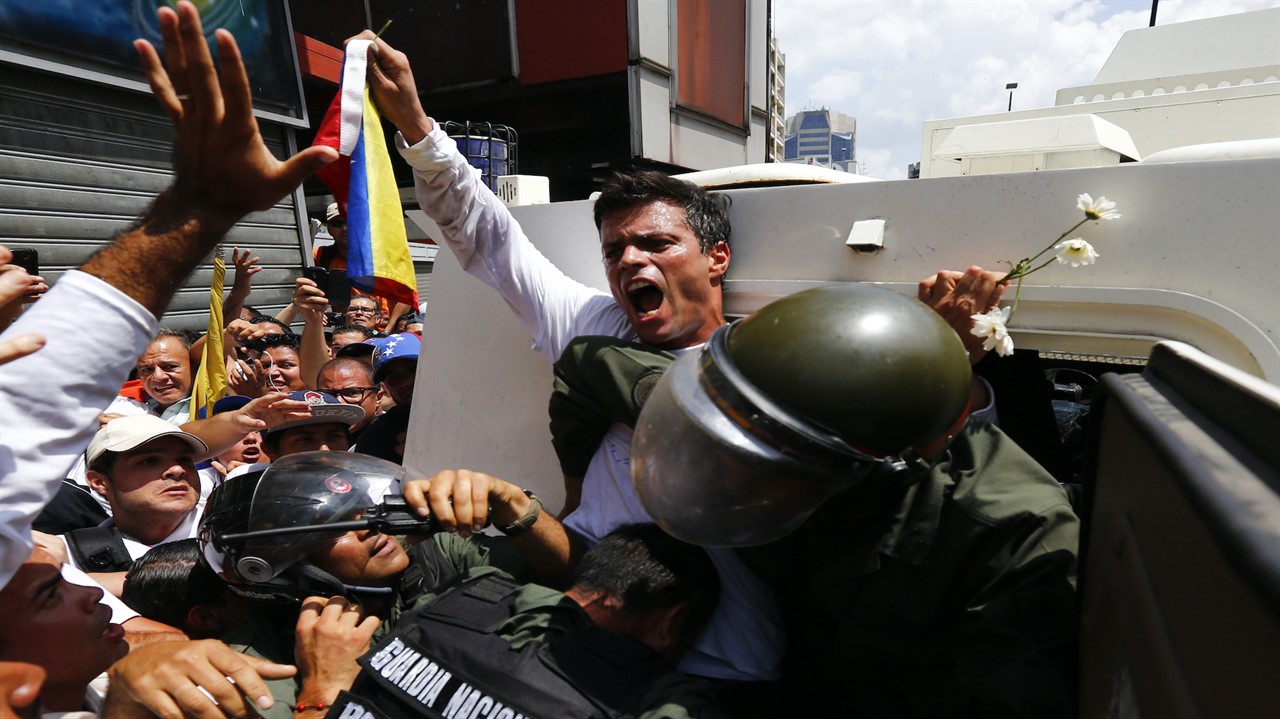 Given the political rhetoric following the 2020 Presidential Elections, questions about the stability of our democracy are everpresent. The January 6th Capital Riots shoot American faith in its institutions. Yet, there is hope for a better future and of reconciliation at the other end of the fight. While the fight created ideological struggles, America did not see the unrest that fueled Venezuela’s first over the past five years. Documentarians Nelson G. Navarrete and Maxx Caicedo observed the political unrest from inside the system. Imbedding in the country during its most tumultuous days, A La Calle examines the cost of democracy on a people and a mindset. It’s a stark reminder of why we fight for our voices to be heard and why we must maintain those rights.

A La Calle explains the runway that led to the disruption in Venezuela. Starting with Hugo Chavez’s rise, the country had played fast and loose with its financial security. Rather than reinvest in its population or save the funds, a bubble of excess spending formed. When the oil price dropped, and Chavez died, the financial instability created food shortages and wild inflation. Devout Chavez follower Nicolás Maduro rose to power and began imprisoning enemies of his regime. Yet, the push for Democracy would continue, despite the threats posed by Maduro and his followers.

Navarrete and Caicedo expertly explain Venezuela’s situation thanks to dozens of interviews with people on the ground. Extraordinary footage of the riots results in bloodshed, and A La Calle never attempts to cover up the resulting bloodshed. Yet, the trust with their subjects gives them an unfiltered view of the country. Even with the threats of violence that exist, Venezuela’s people are hopeful for a better tomorrow.

The editing helps place the in the action, recreating the chaos with stunning accuracy. Visceral beatings break out around the crew, making you wonder how the footage could have even survived the violence. The cameramen’s precarious situation creates a sense of panic and drives home the importance of the story. The fight for freedom will cost lives. The documentarians who capture these moments are not exempt from this danger. 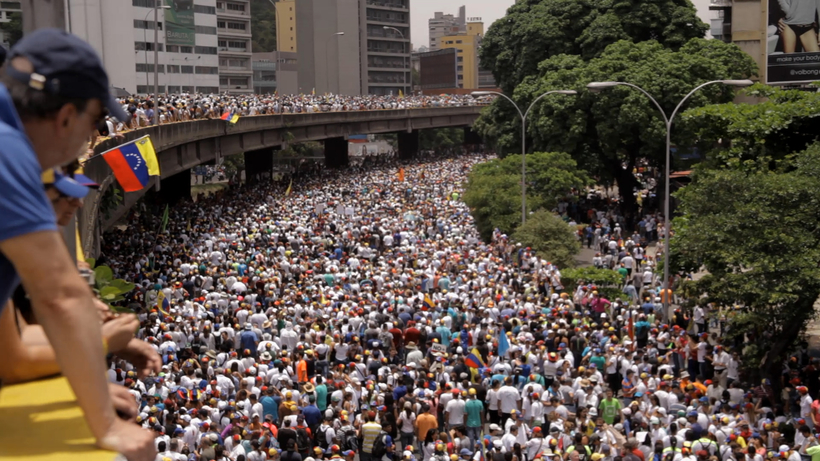 Perhaps the most alluring storyline follows Leopoldo López, a local mayor jailed by Maduro. After protesting Maduro, López was sent to a cell for more than five years. Interviews with López remain accessible, even from his cramped jail cell. He preaches peace, love and continued the fight for free elections from his windowed cell, and his followers remain vigilant below. We then follow his wife back home, where she continues to organize protests to help get her husband out of prison. Utilizing archival footage, you can see why people flocked to the man López was before Maduro. Now, he continues his work, hoping to see his country embrace true democracy.

Across every story, the people of Venezuela know oppression that can only be created in a dictatorship. One man cuts hair to supplement his income, but his life as a barber has become a way for him to trade for goods. Money is useless, with thousands of Venezuelan bolivars (the country’s currency) going to buy basic needs like milk and rice. It’s a startling revelation to imagine that someone’s money has become worthless in the blink of an eye. When that useless money can rarely be earned, and food has become scarce, Venezuela’s crumbling economy’s dire nature becomes unavoidable.

Navarrete and Caicedo join a line of documentarians capturing populist movements across the globe. The thirst for freedom continues across races, creeds, and cultures. From the Middle East to Africa and now South America, protesting has proven an effective tool at stimulating democratic ideals. It is impossible to ignore the importance of protest in American democracy when A La Calle expertly traverses the hard-fought battles for freedom. A La Calle is both timely and timeless in its depiction of civil unrest. As the battle rages on to this day, one can only pray for the safety of those fighting for their country. 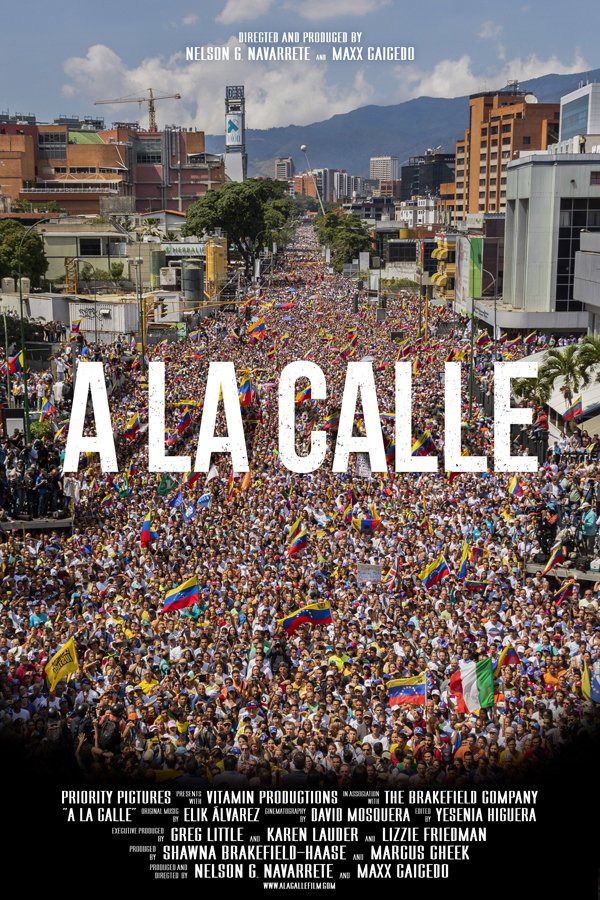 Miami Film Festival 2021 Review: ‘A La Calle’ Delivers a Powerful Statement About the Fight for Democracy

Given the political rhetoric following the 2020 Presidential Elections, questions about the stability of our democracy are everpresent. The January 6th Capital Riots shoot American faith in its institutions. Yet, there is hope for a bet...
0
Average User Rating
0 votes
Please sign in to rate.
Film:A La Calle
Director(s):Nelson G. Navarrete; Maxx Caicedo
Genre:Documentary
Studio(s):Priority Pictures, The Brakefield Company, Vitamin Productions
MPAA Rating:R