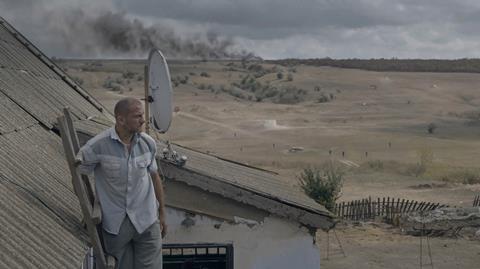 In 2014, Malaysian Airlines flight 17 disappeared off radars. The flight cruised at a consistent altitude and had diverted slightly off course to account for weather. Authorities quickly began searching for the flight, and soon it became apparent the flight had crashed down. As investigations looked for the cause of the crash, the border between Ukraine and Russia continued to heat up. With Pro-Russia separatists on the border, the truth soon became apparent: the flight had been shot down. Director Maryna Er Gorbach uses this event as the backdrop for Klondike, tory, to tell a harrowing story of violence and death.

Klondike follows a family living in the Donetsk region of Ukraine in 2014. Irka (Oxana Cherkashyna) and Tolik (Sergiy Shadrin) expect their first child soon, but their lives are soon interrupted when a stray shell strikes their house. The incident brings new attention from Irka’s brother Yaryk (Oleg Scherbina) and Tolik’s separatist (Pro-Russia) friends. As each party attempts to woo the family to their ideology, MH17 is shot down, bringing tensions on the border to a fever pitch and drawing even more pressure on Irka and Tolik’s relationship.

Gorbach approaches the violence of the War in Donbas with open eyes. She makes the violence and threat to Irka’s family evident to the viewer from the opening sequence. While this family feels tethered to the home they’ve built, it takes less than ten minutes to see massive harm come to that safe space. Gorbach’s team utilizes slow-moving pan shots and exquisite sound design to keep the audience on their toes. The sound team adds to the tension, creating a soundscape that makes acts of war indecipherable from the impending crash.

Sviatoslav Bulakovskyi’s cinematography focuses on characters in the foreground while using the backgrounds to communicate corruption in the region. He establishes this choice early in the film and combines this choice with elongated slow pans to strengthen the emotional build in multiple sequences. Characters fight and argue, especially Tolik and Yaryk, and utilizing unbroken shots only heightens the growing tensions. As violence escalates, the images become more complicated and communicate the grim situation evolving. 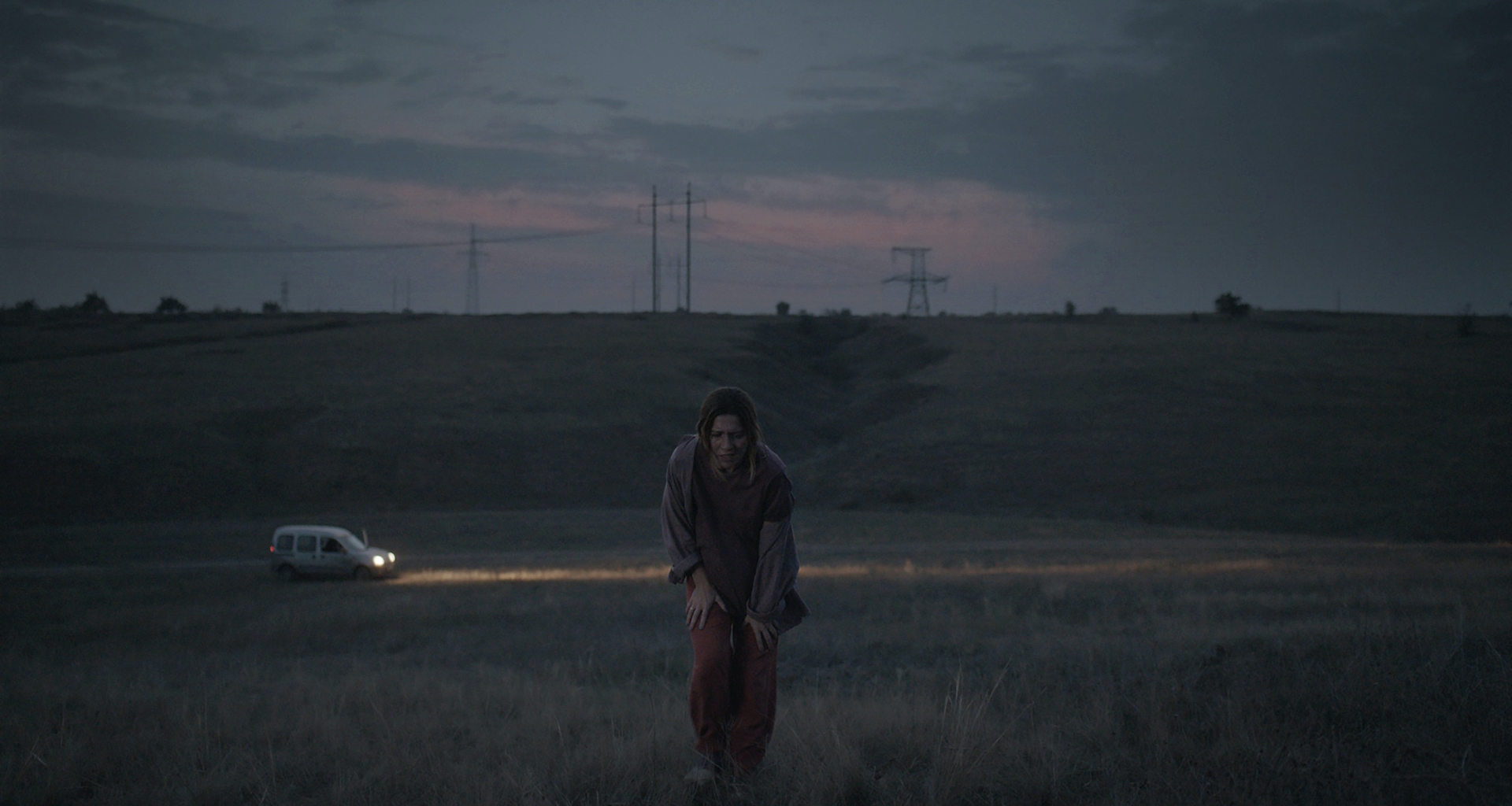 The use of practical effects further sells the brutality of the plane crash. A single-seat with the body still strapped into it falls onto Irka and Tolik’s property. We later see footage of the crash, where officials desperately search for the black box in the plane. It is unclear which side is looking for the box, but it is quickly apparent that each has its reasons for controlling the truth. A plume of smoke hangs over the background of the film for much of the runtime. Vehicles with unclear intentions drive to and from the site, while others pilgrimage to it to mourn those who have passed. The film depends on in-camera special effects, particularly towards the end, to fully communicate the horrors of war and the darkness in the story.

The performance from Cherkashyna will cause many to recall Jasna Djuricic’s undeniable performance in Quo Vadis, Aida? from 2020. Cherkashyna faces distress and trauma in nearly every scene, but she continues to push through. Cherkashyna works through frustration and pain. The performance relies on extraordinary physicality, which she works through with upsetting ease. As she watches her world crumble around her, Cherkashyna creates an air of desperation that is both tragic and hopeful. Her character wants to keep her world in one piece, but the forces are much bigger than one woman on the border.

Klondike never makes the experience easy on the viewer. Despite a beautiful performance from Cherkashyna, the tenuous intensity will weigh on some viewers. While the film bears a strong resemblance to other distressing films about war, Klondike‘s pairing of history with the present moment shines a light on the stakes on the border. At worst, Ms. Gorbach deserves more opportunities to showcase her talent.

ALAN FRENCH’S RATING FOR Klondike IS AN 7 OUT OF 10. 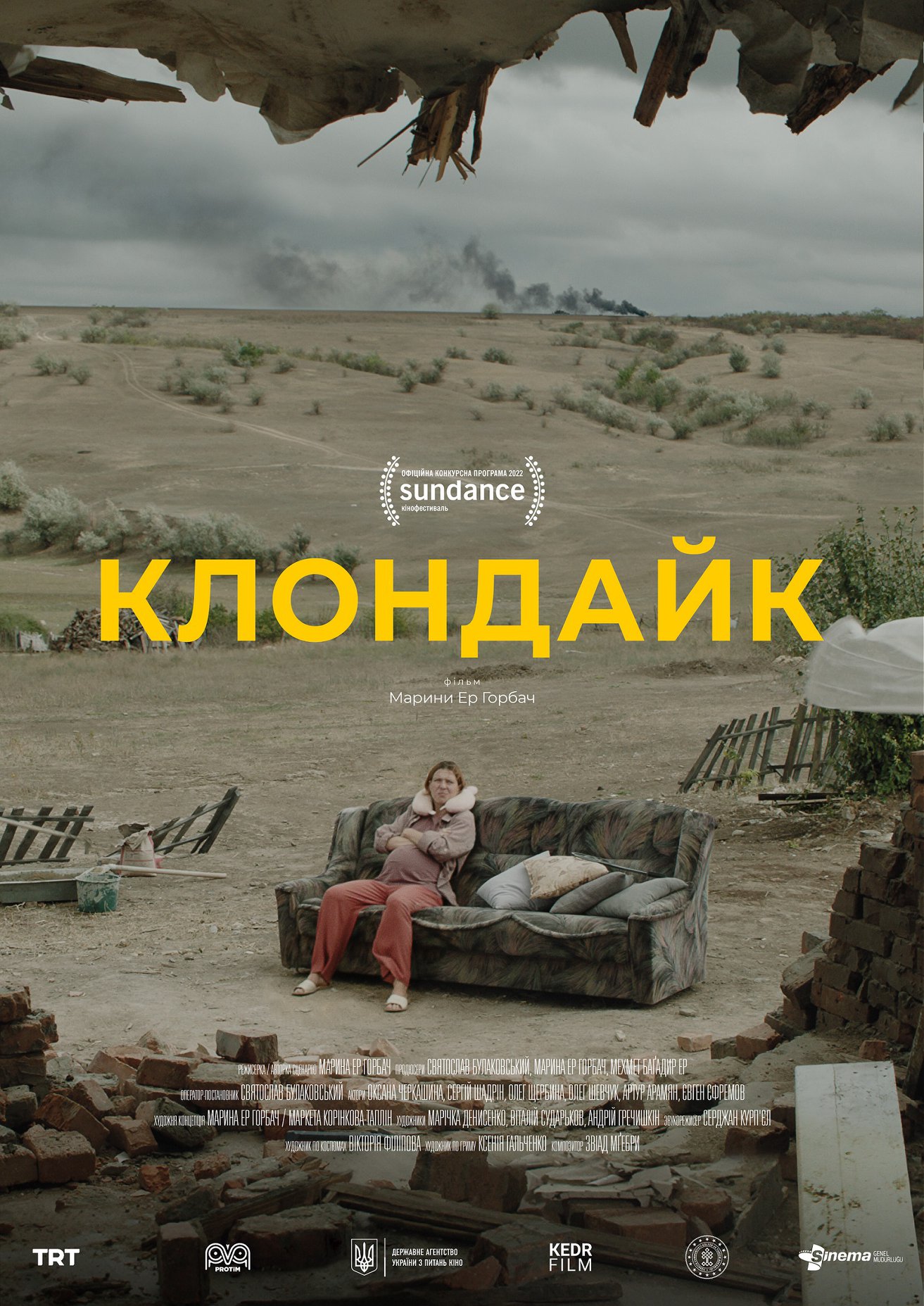 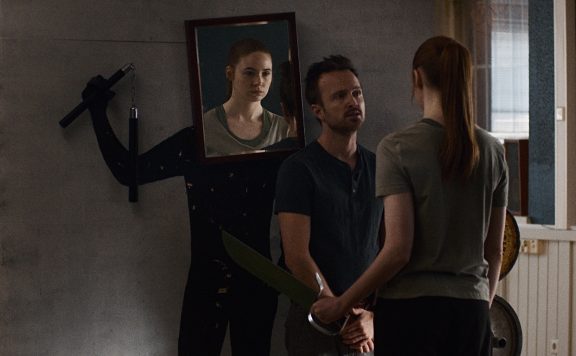 The story of a Ukrainian family living on the border of Russia and Ukraine during the start of the war. Irka refuses to leave her house even as the village gets captured by armed forces. Shortly after they find themselves at the center of an international air crash catastrophe on July 17, 2014.
0
Average User Rating
0 votes
Please sign in to rate.
Film:KLONDIKE
Cast:Artur Aramyan, Evgenij Efremov, Oleg Scherbina, Oleg Shevchuk, Oxana Cherkashyna, Sergiy Shadrin
Director(s):Maryna Er Gorbach
Writer(s):Maryna Er Gorbach
Genre:Drama, International Film