With many festivals moving remote in 2020, many in the Oscar community have focused on Middleburg Film Festival. For the past five years, the Virginia based festival has gained acclaim as a festival that puts the spotlight on films vying for the Academy’s attention. While it comes after NYFF and TIFF, nearly every film in that arrives finds itself in contention. That appears to be no different in 2020, with plenty of films to feast over on Thursday and Friday. In-person, audiences were treated to Nomadland, Blithe Spirit, Concrete Cowboys, and The Last Shift. On the virtual side, the films were just as exquisite. Below are four of the films we were able to check out. 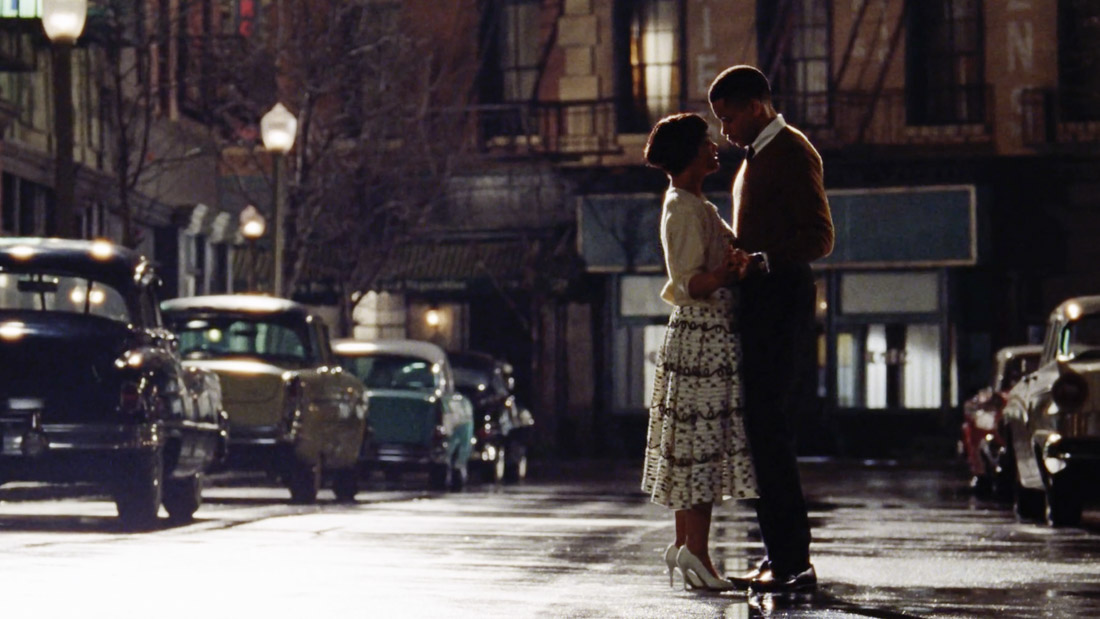 Few romances are uncomplicated, and Sylvie’s Love is not different. Director Eugene Ashe creates a period drama about the choices we make for those we love, told through a unique lens. During the late 1950s, Sylvie (Tessa Thompson) works in her father’s record store and longs to work in television. Sax player Robert (Nnamdi Asomugha) continues to grind as a musician behind an untalented frontman. When the two meet, their romance is electric. When Robert’s career takes him across the ocean, the two grow apart. Five years later, a chance encounter reignites those sparks.

Sylvie’s Love thrives on two main elements: knockout performances from its leads and gorgeous craftwork. Thompson and Asomugha draw you into their incredible chemistry. Simple dialogue conversations feel charged with energy and sexuality. Thompson stands out in particular. Far from the big-budget franchises, she delivers intimate, heartbreaking looks over and over again. Her frustrations and sadness are palpable but reserved as a 1950s housewife would prefer. Thompson delivers some of the best work of her career, once again affirming she’s one of the great actresses of her generation. Asomugha more than holds his own, delivering his own complex performance. The former NFL player-turned-actor does not have many big roles to his name. Yet between this and Crown Heights, he has a long career on the horizon.

For Ashe, Sylvie’s Love will prove a breakthrough directorial achievement. Only his second narrative film, and first since 2012’s Homecoming, he displays a masterful control over the details. The assembled craft team deserves the lavish praise they’ll receive because of every frame in Sylvie’s Love sparkles. Declan Quinn‘s cinematography captures the intimacy, and layers gorgeous lighting on top of every frame. Every bit as gorgeous as the big Hollywood romances of the era, Quinn’s lens takes in the tiny details that bring the 1950s to life.

Every environment, from the streets of New York to the halls of Motown comes through with stunning detail. The production team showcases awards-worthy talent, led by Mayne Berke. The costumes are just as ornate and specific. Costume designer Phoenix Mellow captures a unique era in New York City and every garment stuns. We will hear her name for a long time after delivering some of the best work of the year.

The slow and meandering tale never loses focus on its subjects. Ashe’s screenplay never ignores the battle for Civil Rights on the fringes of the story, but it does not make the story solely about the struggle. That adds a uniqueness to the story that proves instrumental in Sylvie’s Love‘s success. While there are relatively low stakes at times, it’s rare that stories like Sylvie’s Love exist today. With the disappearance of romance from major studios, Ashe’s excellent picture feels like a forgotten relic. Yet stories of hope and love are essential in moments of disconnection. 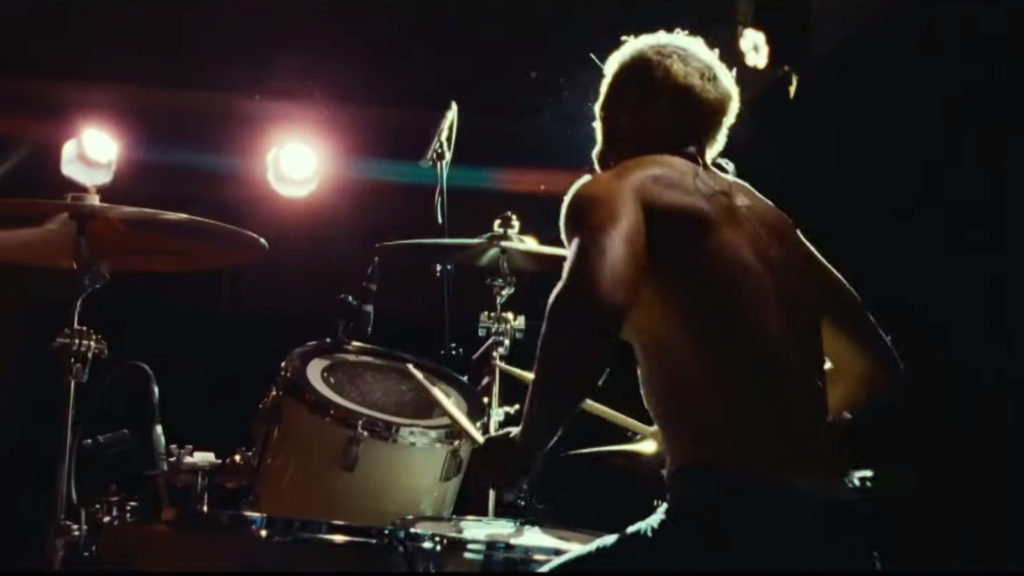 The meteoric rise of Riz Ahmed cannot be ignored. Over the past decade, few performers have proven more versatile. The Night Of, Four Lions, Rogue One, and Nightcrawler all provided showcases, but The Sound of Metal allows him to piece together his talent. His latest film follows a drummer losing his hearing while coping with his history of addiction. Ahmed’s total commitment and sheer charm help him deliver one of the great performances of the year. Yet director Darius Marder does not let the film rest on Ahmed’s transformation. With stellar sound work and deliberate storytelling, Sound of Metal is one of the years best.

The story for Sound of Metal comes from Marder and his frequent collaborator Derek Cianfrance (the two co-wrote Place Beyond the Pines). Drummer Reuben (Ahmed) begins losing his hearing while playing shows with his partner and his long-term girlfriend Lou (Olivia Cooke). After Reuben has a panic attack at one of their shows, Lou calls his sponsor for help. They are connected with Joe (Paul Raci) who runs a house for addicts suffering from addiction. Reuben must grow to understand what being deaf will mean for his future, all while he considers having surgery for cochlear implants.

Ahmed’s riveting turn as Reuben quickly captures the energy and mania that comes from years of addiction. He lives in the role, delivering pathos-driven frustration and anger. Yet the role’s written to have light moments, and the joy on Ahmed’s face as he learns ASL while teaching children to drum is infectious. He keeps you locked on his performance, a must-have for a film that drops the sound out on the audience for minutes at a time.

Ahmed gets a great scene partner in Raci. As the man who runs the house where Reuben lives, Raci draws on his real-world experience as a war vet and ASL performer himself. You can tell his struggle comes from truly difficult moments in his own life, and channeling those moments into his performance, Raci delivers some of the most heartbreaking moments of the film. It’s a stunning turn opposite Ahmed, and they thrive when paired together.

The soundscape of Sound of Metal elevates it from being a character study and into a full experience. The distortion and muffling of sound create a unique opportunity for storytelling opportunities. The team changes the audio on its own terms, choosing to drop out the sound at any time. The metal shows themselves are loud and wild, while the moments of quiet can be uncomfortable and experimental. At times, the electronic nature of the world Ahmed finds himself in is devasting. For Marder, it’s a stunning narrative debut. Sound of Metal will get eyes (and ears) for Ahmed’s turn, but there are plenty of reasons this is one of the best of the year.

The murder of Washington Post journalist Jamal Khashoggi drew international eyes at the time of its occurrence. The outspoken Saudi national threw punches at the heads of state, but his role as an insider made his remarks personal. That made the intimate and brutal slaying far more stunning. Director Bryan Fogel matches the complexity and global repercussions of his last film Icarus with his grandiose follow-up, The Dissident. With access to many of the most informed Saudi ex-pats, Fogel creates an essential document in the geopolitical realities of the region.

The conspiracy behind Khashoggi’s murder remains a scary portrait that some in power have no limits. Khashoggi’s role within Saudi Arabia as one of its most important journalists made him the obvious choice to represent the country in media appearances. He often appeared in the United States and Europe, representing the nation to the world. However, after the Arab Spring uprisings in the early 2010s led the Saudi royals to worry about their future, Khashoggi saw a future with the Arab people governed themselves. This direct challenge to the Royal Family, and Khashoggi’s confirmations they were behind counter-revolutions to destabilize the area, marked him as a target. Eventually, after his disappearance at a Saudi embassy on international soil, it became clear he was killed in cold blood.

Fogel combines stories of Saudi’s who left the country with those who knew Khashoggi well. He relays the importance of Kashoggi on the global scale, but never shies away from the harsh truths. He paints a realistic portrait of the journalist and provides a master’s level breakdown of the political machinations of Saudia Arabia. Context and history are poured into the story, but the story is never confusing. Yet Fogel’s greatest strength is his focus on Khashoggi the person. This is not simply a portrait of a complex situation. Instead, The Dissident creates a space to mourn an excellent journalist who spoke up for his beliefs. 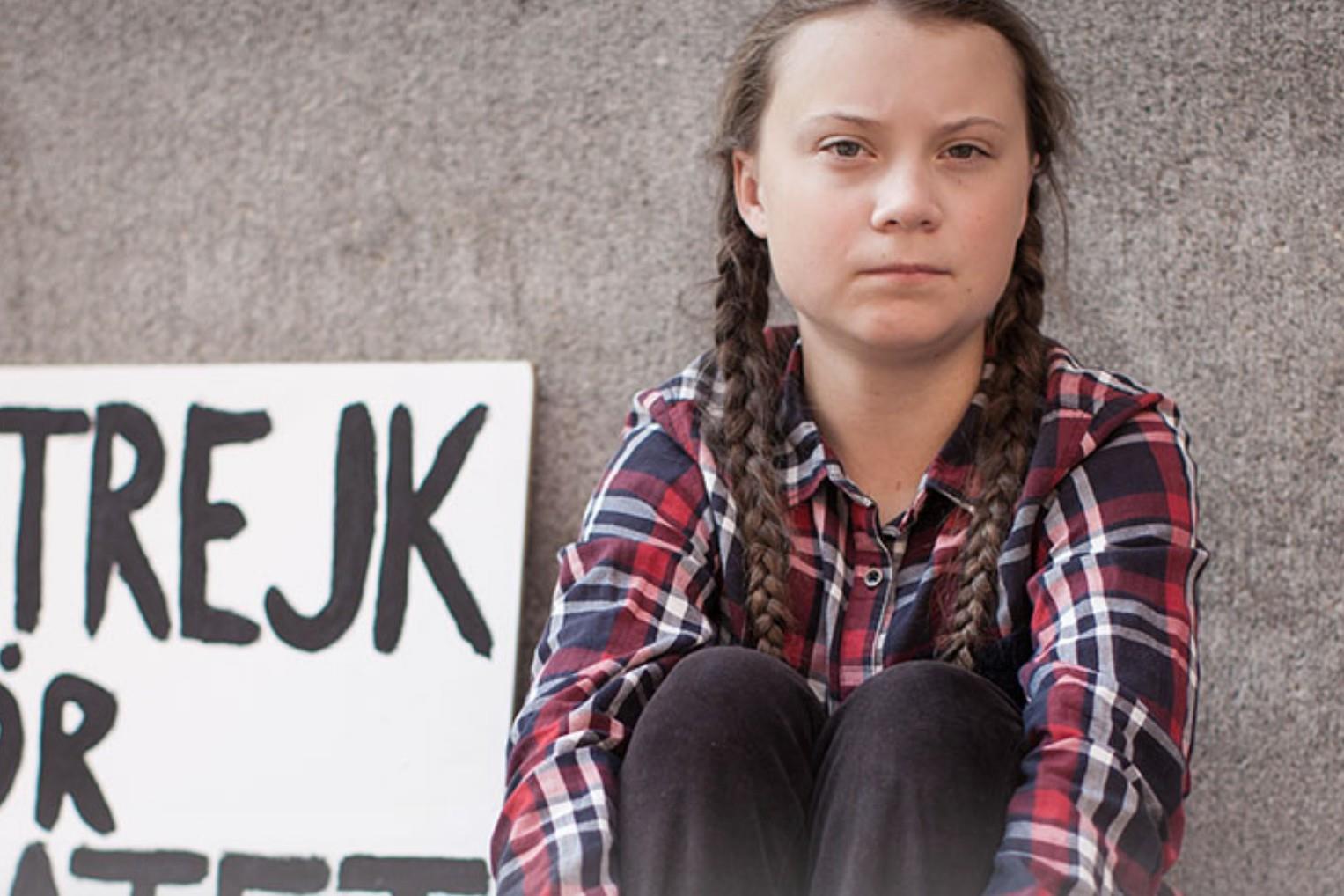 Greta Thunberg has become an icon. The climate change activist found herself the subject of international discussion as videos of her impassioned speeches went viral. Some demonized the young girl looking to change the world, but many more find her an inspiration. I Am Greta looks to bring her personal story to the world. Engaging and empathetic, the film breaks free of the biopic storylines and captures an integral moment in climate change activism.

The real triumph of Hulu’s latest documentary is the “on-the-ground” feel it achieves. Director Nathan Grossman is with Greta early in her rise, finding himself part of the elevator ride that comes with viral superstars. From a small protest outside of her school to speaking in front of the United Nations, Grossman captures it all. Beyond Greta’s activism, he captures the intimate moments in a young woman’s life. Thanks to mics and a persistent camera crew, we see nearly every aspect of her life. Greta’s relationships with her parents are brilliantly brought out, and you can feel the emotional toll of her fame on their lives.

Beyond her activism, I Am Greta reveals the struggle of celebrity activists. At what point does one’s celebrity overshadow their activism? Thunberg grows frustrated with that very conundrum. Her cause and actions are just, but questions over whether she’s being used as a pawn are undeniable. This provides one of the more interesting questions to the audience. Ultimately, I Am Greta suffers due to a lack of uniqueness around its subject. Greta’s story became the fascination of millions overnight, leaving little new ground for surprising revelations. I Am Greta proves well made and interesting but never finds a way to become transcendent.