Back in the ‘90s the Ku Klux Klan was the worst racist hate group we had to worry about. Now Nazis are back, but if Mike Burden can renounce the KKK, perhaps there is hope for us all to turn hate into love.

Mike Burden (Garrett Hedlund) was an active white supremacist in 1996 South Carolina, beating up black men and helping Tom Griffin (Tom Wilkinson) open the Redneck KKK Museum. When he falls in love with Judy (Andrea Riseborough), she challenges him to give up hate and violence.

Writer/director Andrew Heckler does a good job showing that doing the right thing isn’t as simple as saying “I quit.” Griffin makes things very hard for Mike and Judy, leveraging their rent and ability to get work. The price of equality may be starvation.

Reverend Kennedy (Forrest Whitaker), who’d led protests of the museum, tries to help Burden. It’s hard for Kennedy to live by his word though. He has to keep helping Burden, even when Burden falls back into his violent habits. If Kennedy backs out now, he’s a hypocrite preaching love and tolerance.

Hedlund completely transforms into Burden. He swings his arms really hard when he walks, and most of the time he’s so wobbly to as if he can barely stand up. Riseborough enhances her slim frame with baggy clothes like she’s so evacuated she’s barely there.

The people who need to see Burden the most probably won’t. Racists aren’t going to seek out a movie that condemns them for destructive patterns. It’s not all preaching to the choir though. If people have written off racists as hopeless, Burden shows there is a way to combat hate with love. It’s not easy and it requires more than just love. It takes strength, stamina, patience and more, but those are all noble qualities. And of course this was for someone who wanted to change.  If Burden can inspire people to put in the work when someone else needs help doing the hard work, let’s all work together. 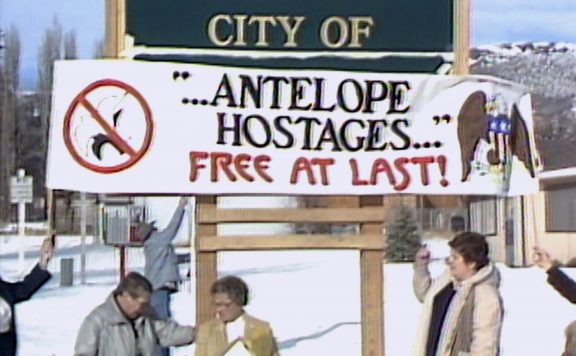