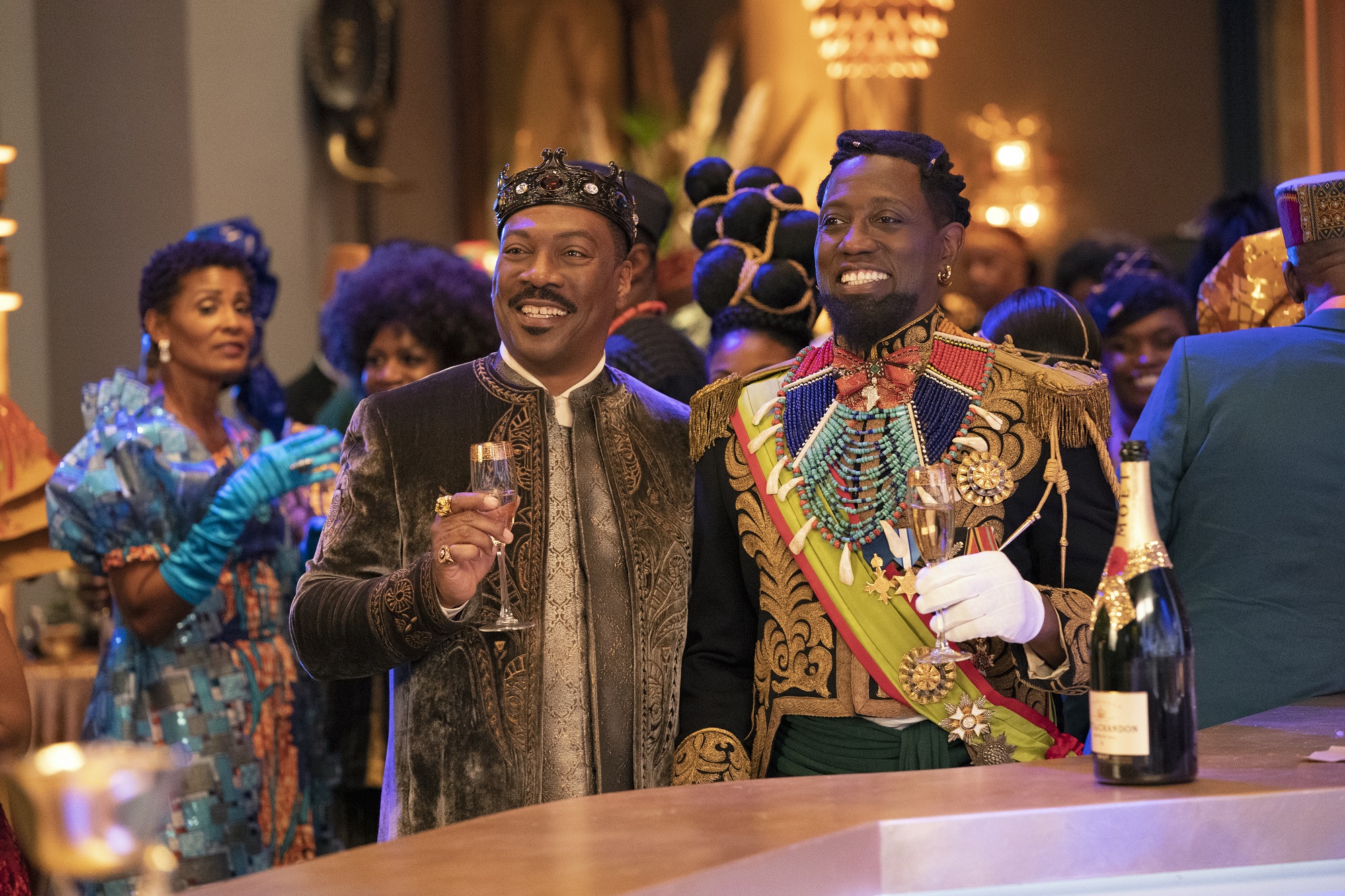 Stacey Morris and Carla Farmer have each worked in the art of hairstyling for film and television, developing their craft along separate career paths. They converged a few years ago when they got the opportunity to work together on a collaboration between Eddie Murphy and director Craig Brewer: the brilliant film, Dolemite Is My Name.

So when the call came that there would finally be a sequel to one of the best comedies of the 1980s, they jumped at the chance to work with Murphy and Brewer again, this time on Coming 2 America. I recently spoke with Carla Farmer and Stacey Morris together about their work on the film and why this project was particularly meaningful to them. 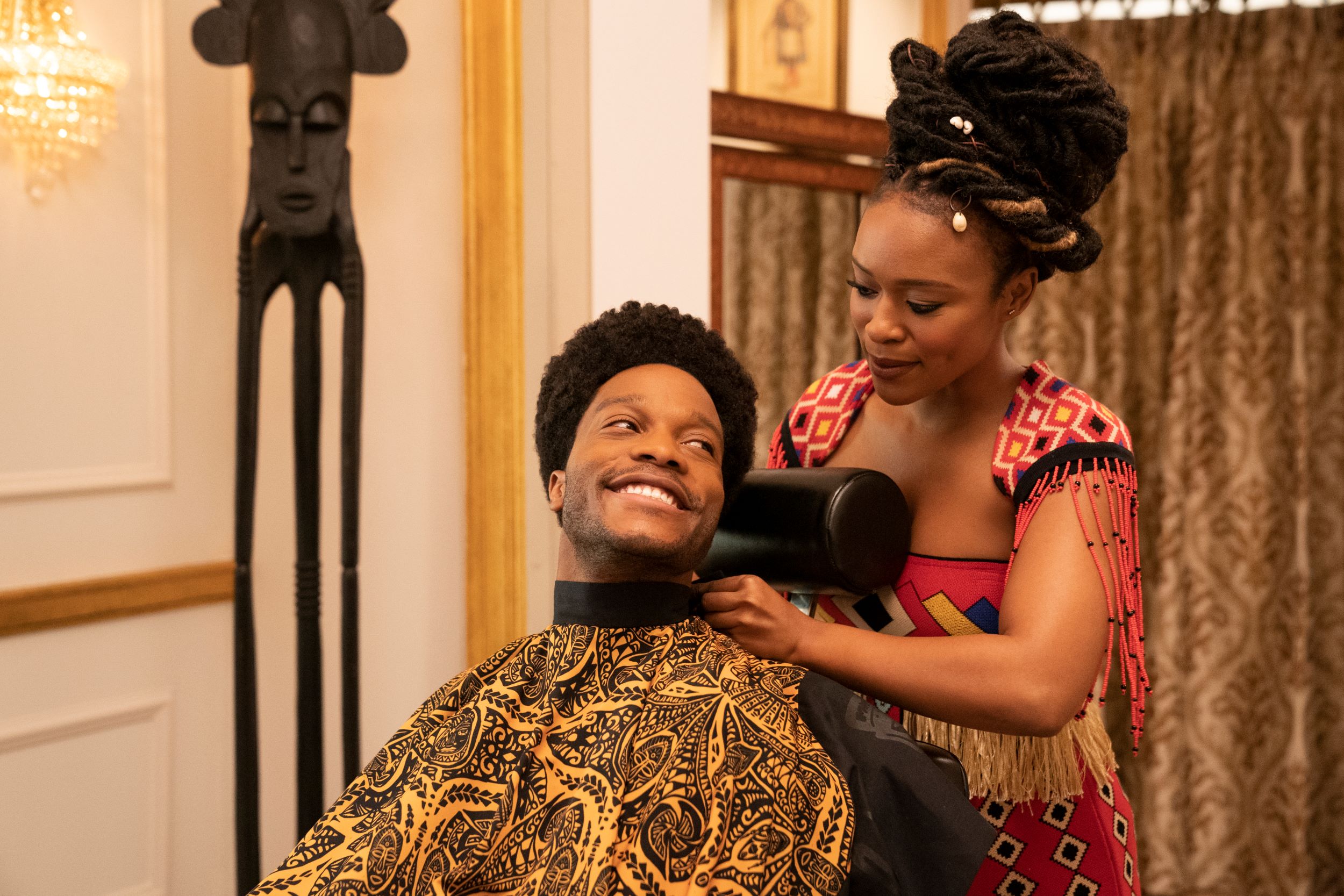 Karen Peterson/We Live Entertainment: How did you both get involved with this Coming 2 America?

Stacey Morris: Eddie [Murphy] has been a longtime client of mine. I’ve worked with him for several years on many, many different projects. And going back to Dolemite [Is My Name], I decided that I wanted him to have a new, fresh team, so we changed some parts. I literally said, “I want the best of the best of the best to collaborate on this.” And so I brought my friend Carla. I said, “Carla, come on, let’s do this. You have it and we can do amazing things.” So this started. We — me and Carla — have been working together for a very long time, too. But collaborating in this capacity was new starting with Dolemite and it worked out amazingly. So we kept doing it. And that’s how we ended up doing Coming 2 America together again.

KP: How did it feel for the two of you to get the news that you were going to be working on the sequel to Coming 2 America?

Carla Farmer: Working on an Eddie Murphy movie has been a lifetime dream for me. So when I worked on Dolemite, I was so happy and just wanted to do an amazing job. And then when I was asked to do Coming 2 America from Eddie Murphy’s camp and the director, because Craig [Brewer] did both movies, it’s like a dream come true. Stacey and I really wanted to do something special that’s never been seen before, and do something special for the culture. It was very important that it was based on an Afro-centric background and not a European background. That was very important to us to make that make that happen.

SM: Working on this, I don’t even know the words. Over the moon, because when the first one came out — and I’ve said it before — in 1988, I think it was, it was the first time for me personally to see people that looked like me on screen. It exalted my persona and empowered my being, you know what I’m saying? Back when I was in high school. And to see us as kings and queens, even though it was fantasy, I took that fantasy and implemented it into my attitude.

And so to work on it now, 30 years later, it was unreal because when I watched that I was a kid, basically. Then to work on it now, it’s like dreaming with your eyes open. So we put our best foot forward. And we’re honored to be a part of this film, honored to be a part of something so big for Eddie as well. And something that was a passion project to him and now is a passion project for us. And it’s forever. It will be another classic, and it’s forever and we had something to do with it. I couldn’t ask for anything more.

CF: Yeah. And also, I want to add that because in this film we spend most of the time is Zamunda, that was even more special for us because we got to create the Afro-centric styles that you weren’t able to see in the first movie. So that was even another bonus to doing this one.

KP: Yeah. And that’s actually one of the things I wanted to ask you both about. What were some of the things that you did to really make Zamunda stand out as its own place?

CF: There was Nexdoria, and then there was Zamunda. So Zamunda, we’ve already kind of seen a little bit of it from the first Coming to America. And that had a more…

CF: Yeah, a European background because of the time it was made. But now, we have kids that have grown up and are influenced by the culture. And they’re influenced by American culture also. Nexdoria was maybe more influenced by, let’s say, urban America. And so we were able to mesh the two. Also, a big influence for our research was the Afropunk movement, the kind of an underground subculture that’s very popular in music and art. And we used a lot of images from that subculture to give us inspiration.

SM: But you know, the other thing is that the movie is fantasy. It’s imaginary. We could inject our imaginations and put current day African and European influence, because now, in today’s world, the degree of separation is less. Everybody is influenced by everyone. You have the internet, you have social media, you have all these things, and which helps us too, because we can research and look around and stay on top of our game.

And like she said, the Afropunk, which is a little looser, gives us more freedom. It’s a little edgier and less refined, so we had these two different worlds in Africa where we could just run with it. In specific, Wesley [Snipes]’s look, was inspired by a Rwandan tribe called the Amasunzu, and Lupita actually wore some styles that are indigenous to that tribe on the red carpet before, so I said, well, let me represent that, even though it wasn’t a look that I saw and duplicated. The look that I created was inspired by that. And I felt that it was very important to have real stuff, true stuff, imaginary stuff, all these different looks. We come in so many different colors and flavors and looks, and we wanted to make sure that that was represented on screen.

KP: You work a lot with the makeup department, with costumes, with Craig as the director. What were some of the conversations you all had at the beginning to really get into the direction that you wanted to go?

CF: With Wesley’s look, that wasn’t the director’s first look. That wasn’t what he was going for. And we kind of kind of nudged him a little to say even though they’re from this country, and they don’t have as much money, and they’re more military, the people in power are going to have swag. And they’re going to be proud and they’re going to have flavor. And when we explained to him our vision, he was like, “You know what, you guys, you’re right. You’re right. It should be that way.” So that was one discussion.

And he pretty much liked everything we did. I had a different vision for Lisa, Shari Headley. Craig was like, “No, we’ve got to keep her how we left her before. She has some influence of her of the region, but she’s still that same girl,” and he was absolutely right about that.

KP: Were there any looks that didn’t make it into the movie that you were really disappointed to have to lose?

CF: There was the wedding scene at the end. Me and my assistants, we put cowrie shells in her hair. She had cowrie shells all the way throughout her hair. And we didn’t have any shots of that in the movie. I was a little disappointed with that.

SM: The one look that was lost for me, we didn’t actually do it. We decided against it after we had decided we were gonna do it, and that was on Arsenio… I wanted to give him facial hair, so I was going to do a goatee on him just to try to mature him a little bit. And then we decided not to do that. I was a little disappointed because I wanted to see that on him.

KP: You both talked a little bit about why you were excited to do the film, but what did the experience mean for you after getting to go through the whole process?

CF: It was a big huge marker in my career. You dream of having an opportunity like this. It’s something you always dream of, and to actually experience, I was so grateful to be a part of this franchise and this historical film and such an iconic film. Words can’t even explain it.

SM: Yeah, the same for me. And, the cultural significance in the first film, and the idea of Black royalty, and that we had an opportunity to honor that and honor our culture with this film was amazing. I felt honored to be a part of it.

CF: And to work at Tyler Perry Studios, which I have never seen a more gorgeous studio in my life. To be able to work in that studio on a Black film, per se, with Black excellence, and during these times, it was overwhelming. I had a moment on set one day where I just broke down.

We would like to thank Stacey Morris and Carla Farmer for speaking with us.

You can see their gorgeous hairstyling art in Coming 2 America, now streaming on Prime Video. 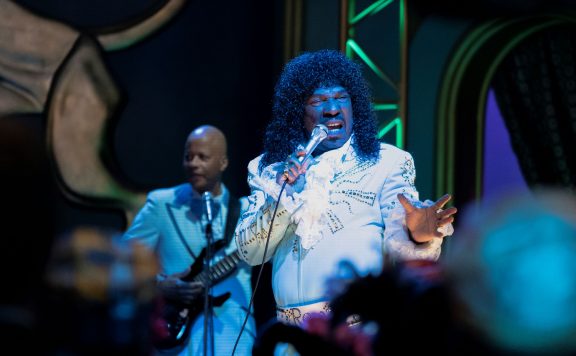 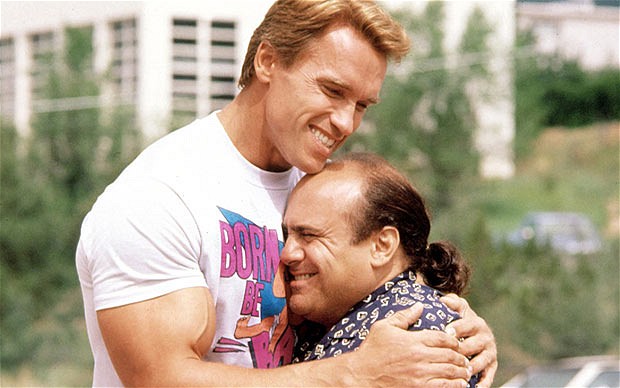 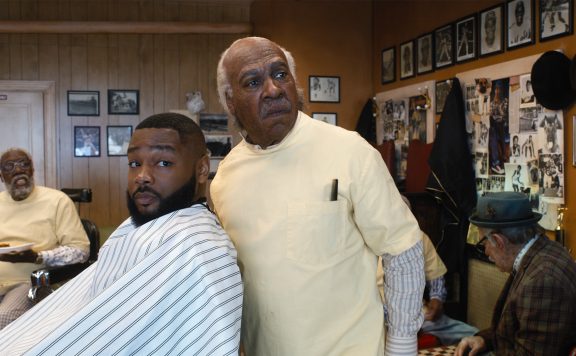 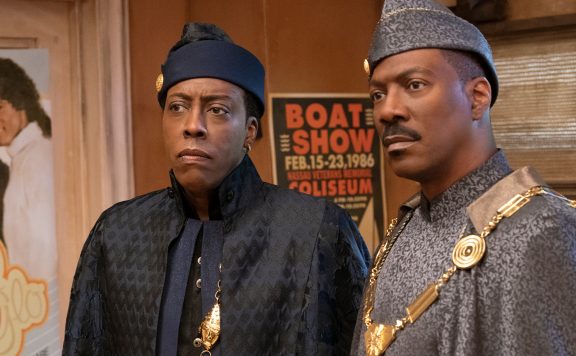 10 Things We Learned from the ‘Coming 2 America’ Press Conferences
March 5, 2021 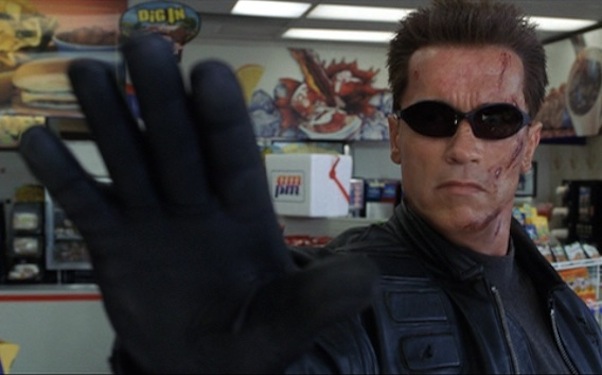