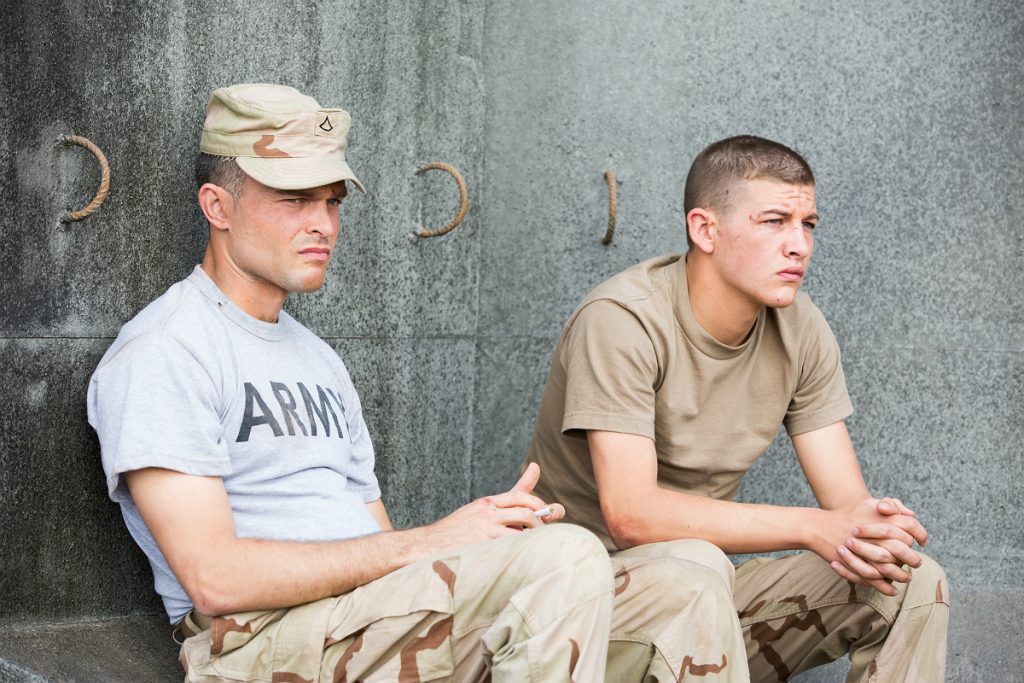 In The Yellow Birds, Tye Sheridan and Alden Ehrenreich play two young men who must navigate the horrors of war, both on the front lines and at home.

The story centers on Bartle (Ehrenreich) and Murph (Sheridan), who are deployed to Iraq and fight under the command of the older, troubled Sergeant Sterling (Jack Huston). When something horrific occurs, both Bartle and Murph are traumatized by the events, especially Bartle, who is tortured by a promise he made to Murph’s mother (Jennifer Aniston) before their deployment, while Bartle’s mom (Toni Collette) tries to cope with her son’s mental stability when he returns home.

WLE’s Kit Bowen spoke with The Yellow Birds director Alexandre Moors about making the film, his thoughts on the subject matter, and what he loves most about the filmmaking process.

Kit Bowen: How did this story come to you and what was your first initial reactions to it?

Alexandre Moors: The two producers, Jeffrey Sharp and Evan Hayes, auctioned the book maybe four years ago. It was right after I finished Blue Caprice, and they sent me the book and asked what I thought. It really blew my mind. The book is a beautiful work of poetry, and I was in tears by page 10. I was like, “This would be an amazing film.” I think what attracted me the most is that I saw the opportunity for one to open up the scope of the war film genre.

Being able to tell the story about those young men in uniform and what happened to them when they come back and all those things, but to tell it in a much more subjective, poetic, and sometime allegoric way. In recent years, it seems that the war film genre has been corrupted by this kind of very patriotic. The whole true story of the man who rescued a platoon, or the guy who shot the worst enemy and it felt like we were in 1950s Russia. Having all those war tales being just stories of heroic actions and I thought it was a terrible trend. So I saw the opportunity of actually using the war film to tell a different version of what’s happening for those kids. It’s a bit more bland, but it’s also very poetic and beautiful in its form.

Bowen: When you started something like The Yellow Birds, you’ve got the war side of it and then you’ve got the coming home side of it. How did you set it up with your actors? Did you guys have any rehearsal time?

Moors: No, we had practically no rehearsal time and that was very difficult, too. Especially when you have an ensemble cast with so many people, to accommodate everyone’s schedule. The one thing that we did has we had a military consigliere, a military guide, who took the boys for a few days in the mountains when we were in Morocco. I wasn’t even allowed to be there participating. Really to get them some hardcore training in tactical ambush. They were sleeping in the open. And when they came down from that mountain, there was a transformation, I could see, and a bond was formed within the group in just a couple of days. It accomplished wonders. 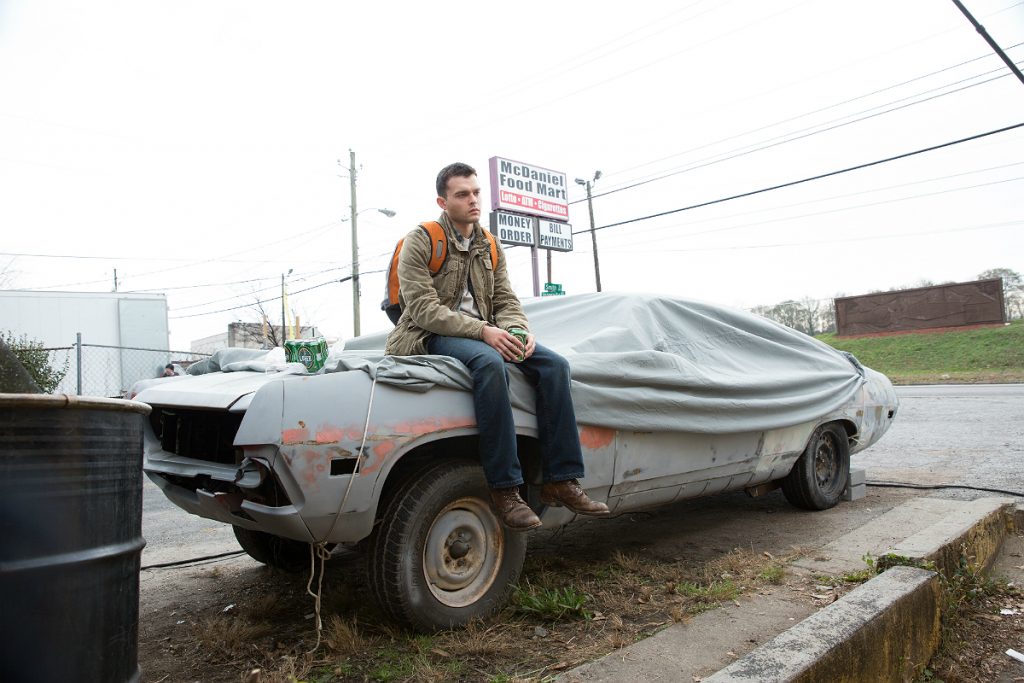 Bowen: Can you talk about casting Alden Ehrenreich and Tye Sheridan?

Moors: I could tell that these kids were serious and really wouldn’t shy away from telling a difficult story. I wanted to cast young actors to highlight this young-looking, fresh out of high school. But at the same time, I needed a certain maturity for the character also. That was the challenge. And I think they have it both. They’re just out of their teens, but they already hold themselves in the world. They’re very strong and they’re very dedicated to their craft, to their acting craft. They’re wonderful actors.

Bowen: What was it that you really wanted to say with this film about the realities of being a soldier?

Moors: The film basically relies on a paradoxical shape because, at the same time, we have people tell me it’s a much more realistic depiction of war. You see the soldiers are really what they are, which is half the time, clueless. They have flaws, they panic, accidents happen and they’re fragile. And they come home all broken up and hurt. So people recognize the certain reality that they haven’t seen before. But part of setting up for the film also is, as I said earlier, very allegorical. It has a certain dreamlike quality that was important to me that I was really trying to show this world as something completely alienating to them, like a dream, like a different reality.

That is so remote from what people live in the day-to-day when they’re back home. So you get that this world that they’re leaving can harm them. It’s like a dream that they carry. At the same time, that dichotomy between the two worlds, that’s why I want the film to be a little broader. Because it’s not just a reality documentary type of film. The ambition was to also question things like the American involvement in foreign wars, and what purpose does it have when it ends. 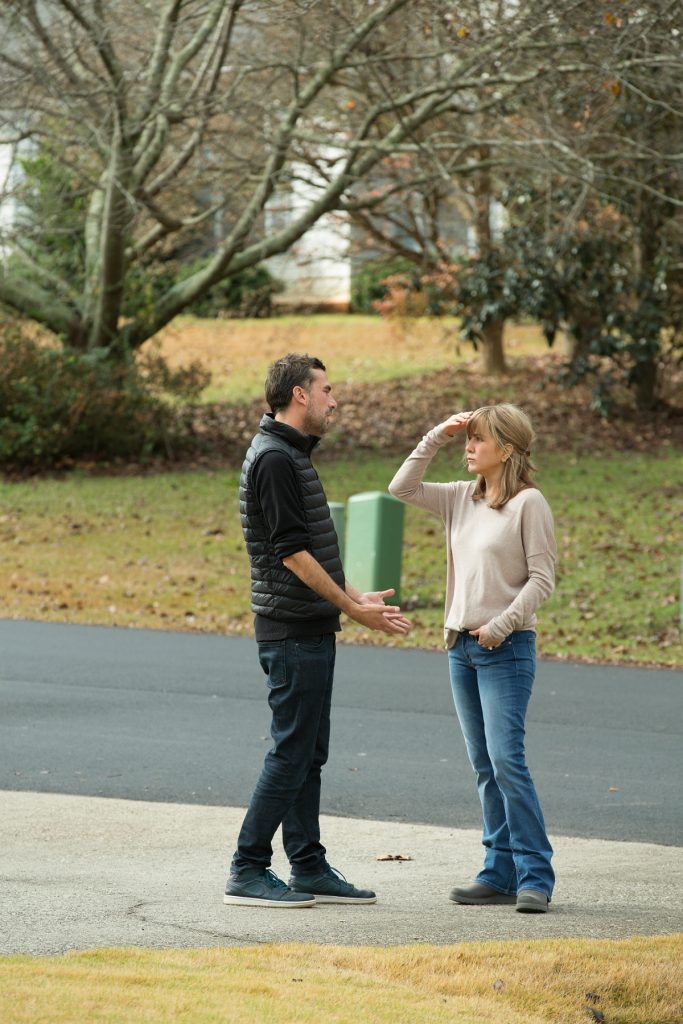 Bowen: How did Jennifer Aniston and Toni Collette come on board?

Moors: I think that the producers had a relationship with Jennifer, having made Cake with her. So I think they had this relationship when she would tell them to bring them projects that were in that same world. And then she loved the script and the book right away. Toni Collette was, I think, in a relationship with Jeffrey Sharpe, the other producer. So we were very lucky to have access to those wonderful ladies. I think what they do is they really aim to the film, and make them into this reality. They just give, not the viewers’ perspective, but basically the perspective of the rest of us who don’t get to go and fight foreign wars. And that anchors the film, that gives a center.

Bowen: The movie did make me very sad in my heart but also it was beautiful, like the scene in the river. Where was that shot?

Moors: We went to Morocco, just outside of Marrakesh. It’s a place that during the several years where we did lots of projects. I went back there a couple of times and not only fell in love with the place but also after that the support of the Moroccan people, the film industry. That was just really wonderful. You can see the landscape is almost like another character in the film. Like I mentioned, it was very important that it felt very, kind of, out of time and otherworldly. To reinforce this kind of alienation that those kids will feel.

Bowen: What was the most difficult part of film?

Moors: For me, I think the challenge the film presented was that I never directed an ensemble cast before. My previous film was more centered on the main character or the main couple and so it was very easy to give 100% of your attention to that person, not like here when you have a platoon with a dozen kids and you have basically three lead actors, there’s a whole lot of interaction. They’re sometimes together, but they’re apart and it becomes really a puzzle and a little bit of a chess game to find the way to not only break up the day and how you want to shoot it, but also find the right communication because every actor has different needs and needs to be addressed differently. Some of them like a lot of direction and attention, some want to be left alone. So it’s not like you can address eight people at the same time actually. That was something new that I discovered and it took a second to figure out how to find the balance.

Bowen: What part of the filmmaking process do you like to do the most?

Moors: Basically my two favorite parts filmmaking are at the very ends of the spectrum. My favorite is location scouting, by far. It’s something that is huge in the way I work and I always find that if I have an amazing location, I find that’s half the work is done because I know my actor’s gonna be good and then I can just relax. So I love finding places that are far and remote that nobody’s been before or that has unique visual characteristics and it’s always a lot of fun. Especially when you’re in Morocco and you can basically take over any building you want and say, “I’m gonna start punching a hole in that wall and the thing’s gonna go through.” There’s a god-like quality that I just had to resist that I really love that I was offered. Then being able to block streets and avenues, it’s very satisfying.

Then my second favorite is audio-mixing and sound design, which is at the very end of the spectrum because I usually will work with the same audio mixer and we find ourselves locking ourselves a couple of weeks. I found that it’s a place where the movie can go from great to amazing just by the nature of the work. You really get to craft and add. If you couldn’t get the shots, you can put the sound of that shot in so you can fix your error. It’s like the final icing on a cake. It’s extremely satisfying, but more importantly, those are the things that nobody cares about so you’re left alone, which is great. There’s always somebody that’s going to show up and look over your shoulder, but all your mix like a producer, don’t really care much for that so you’re really very relaxed and it’s a great opportunity to make your movie ten times better.

The Yellow Birds is currently playing in limited theaters and on demand. 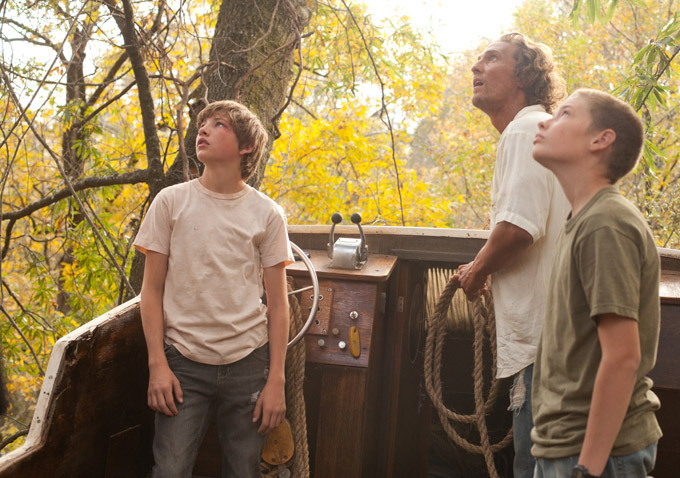 [caption id="attachment_54883" align="aligncenter" width="760"] Photo credit: Saban Films and DIRECTV.[/caption] In The Yellow Birds, Tye Sheridan and Alden Ehrenreich play two young men who must navigate the horrors of war, both on the ...
0
Average User Rating
0 votes
Please sign in to rate.