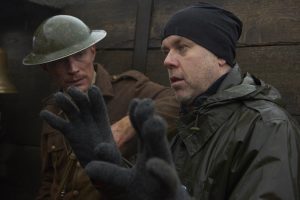 This weekend’s new film Journey’s End tells the story of a squad of British soldiers in a bunker in World War I. They are waiting for a call to battle, but present day viewers may know exactly when their battle is coming.

Journey’s End features an all star cast including Paul Bettany, Asa Butterfield, Sam Claflin and more. It is based on the book and play by R.C. Sheriff. I got to speak with director Saul Dibb by phone out of the Toronto Film Festival where it premiered. Journey’s End opens Friday in the U.S. 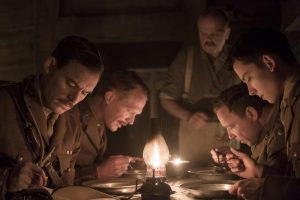 WLE: How is Toronto going for you?

Saul Dibb: Really good. We just had our second screening with some brilliantly dedicated filmgoers who come to see films at 9:30 in the morning. They deserve a special place in film heaven.

WLE: These soldiers don’t know when the battle is coming but viewers may know it’s likely to be towards the end, in the climax. Is that an interesting tension to play with? 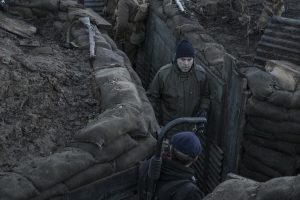 SD: I think so. It’s kind of that whole Alfred Hitchcock adage about putting the bomb under the bed. That’s what we tried to do, rather than play with ifs, we’re just playing with when. Obviously what happens is that date keeps shifting and keeps coming earlier. Surprises come in the middle and then there’s a raid, an absurd raid. I guess we do set up that sense, ominous I hope, ominous sense of tension. I certainly found that interesting to play with and in a way I think quite liberating. With a lot of films, you’re playing with the intricacies of plot. What that left us to do is explore the intricacies of character. 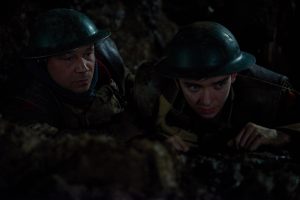 WLE: Is the pressure of all of these men in these tight quarters in this bunker similar to the pressure you might see in a submarine movie?

SD: Yeah, I think that’s a really good point. I presume you’re probably thinking about something like Das Boot.

SD: Which is just a masterpiece of confined, claustrophobic tension. It was proved to me before I started shooting that actually, there’s a great power by restricting your points of view and by keeping people in a pressure cooker and not relenting. That’s what we tried to do. 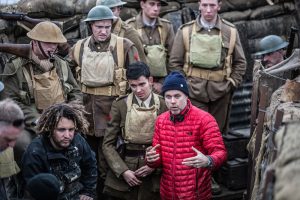 WLE: Did quarters become cramped for the crew like they were for the soldiers?

SD: They did. We tried to keep it as scaled down as possible to keep a very intimate set. The actors also, this is not the kind of film where people would have big trailers far away from the set. They were all sharing trailers. They were all mucking it together but what they did mostly was they just stayed on our set. Our set was a real set of trenches that were dug for the film. So they stayed out there in the cold and in the rain. I think by doing that they were able to channel more of that real experience into the film. 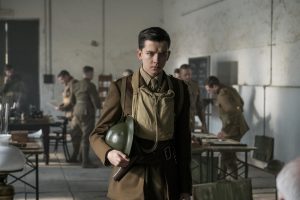 WLE: Were the bunkers a set you built for the film too?

SD: Yes, we built that in a studio but I did it in a way that we were able to just lock the doors and just be in there with a very, very small crew. Just a single camera with the actors and we shot only using candle light which was a real stretch for the DP, a real challenge for him but I think with these incredible new digital cameras, we were able to do that. While having dialogue in the film, if the actors shout or the character is breathing, it affects the lighting because they blow the candles and the lighting changes, but I think that adds to a sense of authenticity. 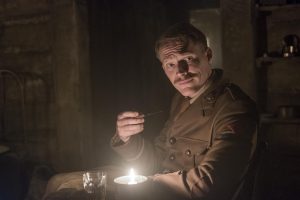 SD: Yeah, I still can’t work out how that was done on Barry Lyndon on film candles. Even if you use double wick candles and all of that stuff, it was so hard to get a reading.

WLE: Did you have continuity issues with candles at different levels in different takes?

SD: I guess kind of. I don’t get too hepped up about that kind of thing. I think if an audience is noticing that a candle has gone down by an inch or two, then you’ve got a bigger problem in your film.

WLE: Were there lots of spare candles ready to go?

SD: Yes, loads. The art department is full of brilliant people who always pre-burn them so you get them at the right level. You blow them out quickly after you finish shooting and try and keep it roughly around the same. 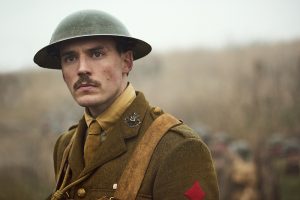 WLE: Are any of these characters based on actual soldiers who were in the war?

SD: I think they probably are. Sheriff himself, he was in the first world war. He was an officer. From what I understand he wrote about his experiences. So while I don’t think they’re not real names and real people, it’s drawn from a real experience.

WLE: Even their food choices were huge. What to eat was the big decision of the day. 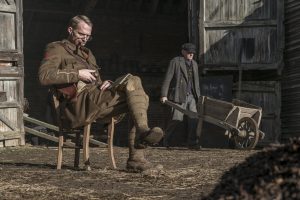 SD: Yes, they become life or death issues. The film is about many things but one of the big things is about how men deal with fear, particularly of a certain class and they do it by deflecting onto food or into humor. These are the things that they focus on so that they don’t have to address the elephant in the room.

WLE: Were you able to include a lot of single takes?

SD: Yeah, there were quite a few. Where it felt that that would be the right way to go, again to try and make this feel that there are moments where you’re able to tell the story through moving through different spaces. For instance, at the start when Stanhope comes out. You’re not quite sure where they are and then you see the soldiers and then you see the scare in them. It just felt like that was the right way to tell the film and to be as bold with that as possible. 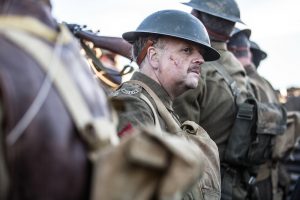 WLE: If I go back and see your previous films, will I be able to tell they’re from the director of Journey’s End?

SD: I’ve done four theatrical features and done a couple of bits of television. Before that, I made documentaries so I think what unites them is a strong sense, connection with the real world. I would hope also in their performances they are underplayed, not overplayed. They’re trying to be as honest and truthful as possible. The thing is, they’re very different in terms of their settings. The first one was in America is called a housing project, in London although it was very contemporary, was about kids growing up with guns around them. I suppose what I was interested in was thematically I think it’s very similar throughout the films, how people conform or don’t to the social pressures around them and society’s expectations of how they will or won’t behave. 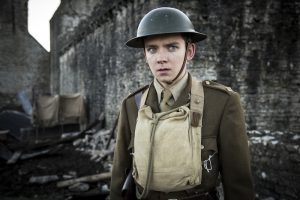 WLE: Did you look at any war movies as inspiration for Journey’s End?

SD: In a way, I tried not to look too closely, especially at war films because I find that you can start to consciously or subconsciously take too much from them. What I did actually for the film was watch a lot of archive material from the first world war. I tried to avoid looking at films. I tried to look at movie footage, home movie footage that was taking amongst the soldiers because I felt that that would give a much truer representation of the spirit of those people together.

WLE: Why do you think World War I has been less portrayed in film than World War II? 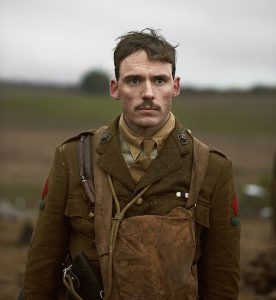 WLE: Were you able to get stars like Asa, Paul and Sam pretty easily?

SD: Look, I’ve cast a lot of films so I know how difficult it is to get really great actors, but what attracts them is the quality of the material. They all read parts that they felt they were connected to and really felt there was a lot there for them. So yes, the casting process from my point of view was perhaps the most straightforward it’s ever been.

WLE: How long did you have to film Journey’s End?

SD: We had just six weeks. So it was a very intense period of time.