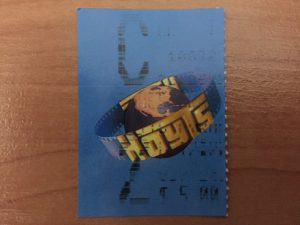 Those dark blue Hoyts tickets make it hard to read the print.

Today, Blues Brothers 2000 is regarded as one of the worst sequels ever made, and perhaps the most unasked for. Certainly, the box office and legacy bore that out, but as young Franchise Fred I gave it the benefit of the doubt. 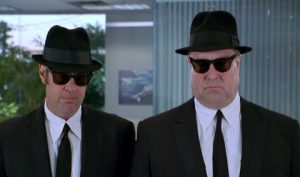 Blues Brothers 2000 was not the first, nor the last, sequel to come nearly two decades after the original. It is one of the only ones where the co-lead was no longer with us, John Belushi having died in 1982. Dan Aykroyd had continued doing live Blues Brothers shows and introduced new partners in place of Jake. I do believe Aykroyd continued The Blues Brothers to honor Belushi’s memory, and it could’ve worked. John Goodman had the moves.

The main problem with Blues Brothers 2000 is it’s boring, and this begins with the machinations it has to go through to explain that Jake is gone. Elwood (Aykroyd) gets out of prison to mirror the shot that begins the original movie, only apparently no one’s told him about his brother, because he has to find out on screen for the audience’s sake. Then the film plods through introducing a new blues family. Elwood’s mission to put the band back together is not as strong as the original Blues Brothers’ mission from God. 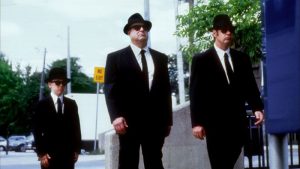 Oh, I forgot they had a kid in it. What studio exec thought kids would be into blues music? We’re supposed to feel Elwood and the kid bonded when Buster (J. Evan Bonifant) was just there in the background the whole time.

A big problem with long-delayed sequels is that the creators forget who the characters even were. That’s not exactly the case with Blues Brothers 2000. They literally lost a central character in real life, and had to create new ones. They also had studio mandates forced on them, which maybe they thought they could handle but they proved insurmountable. 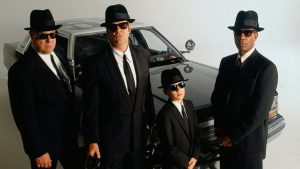 Aykroyd looks great. He must’ve done a pre-superhero workout to get back in that suit. I think it shows a commitment to the character. For a comedy, they certainly could have made jokes if Elwood put on a few pounds in prison, but Aykroyd made the commitment to get as close to his 1980 shape as he could. It’s a shame the film was not a more triumphant return.

The action is good. One thing we probably wouldn’t get in a 2018 remake is real car stunts, or maybe they would still try to keep up with The Fast and the Furious. They spin out into parking space each time, and there’s a cop car pileup to top the original. It’s gloriously gratuitous. You’d figure by car 20 they’d start to slow down and stop but no. 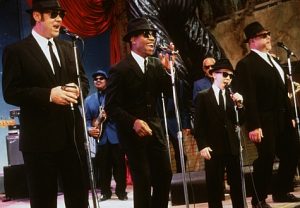 The PG-13 doesn’t bother me. I guess The Blues Brothers was a naughty movie but I have faith in comedians’ ability to be funny without F-bombs. G-D and sh*t are harshest words they say in Blues Brothers 2000. I suppose it robs the Blues Brothers of some of their rebellious counterculture nature too. Had it been a hilarious PG-13, I suppose I’d have a stronger poitn.

The musical numbers are fine I guess. Aykroyd and Goodman have the moves. Famous singers show up. It doesn’t feel all that rousing though. If nothing else, the music in a Blues Brothers movie should get you going. 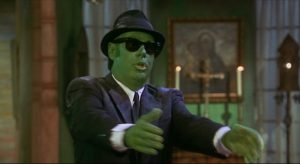 The supernatural element really doesn’t work. I’m all for absurd surrealism, but here it plays more like the arbitrary magic of a Harry Potter movie. It creates sudden costume changes and produces instruments out of nowhere, but it doesn’t make the movie feel magical. It just feels random. Queen Mousette (Erykah Badu) turns the Blues Brothers into zombies for one song. If it’s the power of music, it doesn’t feel very positive. Cabel (Joe Morton) levitates in the air when the music finally touches his soul. A deus ex machina turns the bad guys into rats. Perhaps if there was a deeper mythology to the spirituality of music, this element could work. 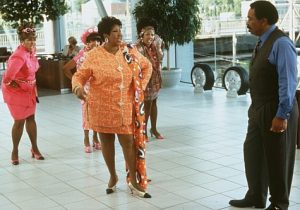 As Franchise Fred, I would still entertain a Blues Brothers 3. There is always more story to tell, and perhaps a story about the aftermath of a failed comeback would be more poignant than the story of the attempted comeback itself. Certainly the state of the music industry, with digital and piracy, could be worth exploring from Elwood Blues’ perspective.

Maybe I’m overthinking it. Maybe it just has to be good musical acts and great chemistry between Aykroyd and whoever the new Blues Brothers are. I’d rather they try than not try at all, so Blues Brothers 2000 should be a footnote in the Blues Brothers legacy, not the end of it.