Harry Potter and the Sorcerer’s Stone introduced children to magic and mystery.  Long before Harry, Ron, and Hermione cast their spell on children and adults alike, there was one other trio whose adventures could have been made into a fantastic franchise had it been marketed properly.  That film was Young Sherlock Holmes starring Nicholas Rowe as the title character.

The premise is pretty interesting.  John Watson (Alan Cox), an inquisitive but shy young boy, is transferred to a boarding school.  While adjusting to life away from his family, he meets casual recluse Sherlock Holmes, who works to solve the mystery of what happened to some ancient Egyptian artifacts.  There is a love interest in this film in the form of Elizabeth Hardy (Sophie Ward).  She serves as the equal to Sherlock’s intelligence, and unlike previous interpretations, he actually has an affection for her.  The adventure the trio goes on may sound more like an Indiana Jones adventure, and that’s because this movie borrowed elements from Raiders of the Lost Ark.  If you’re going lift material, lift from the best. 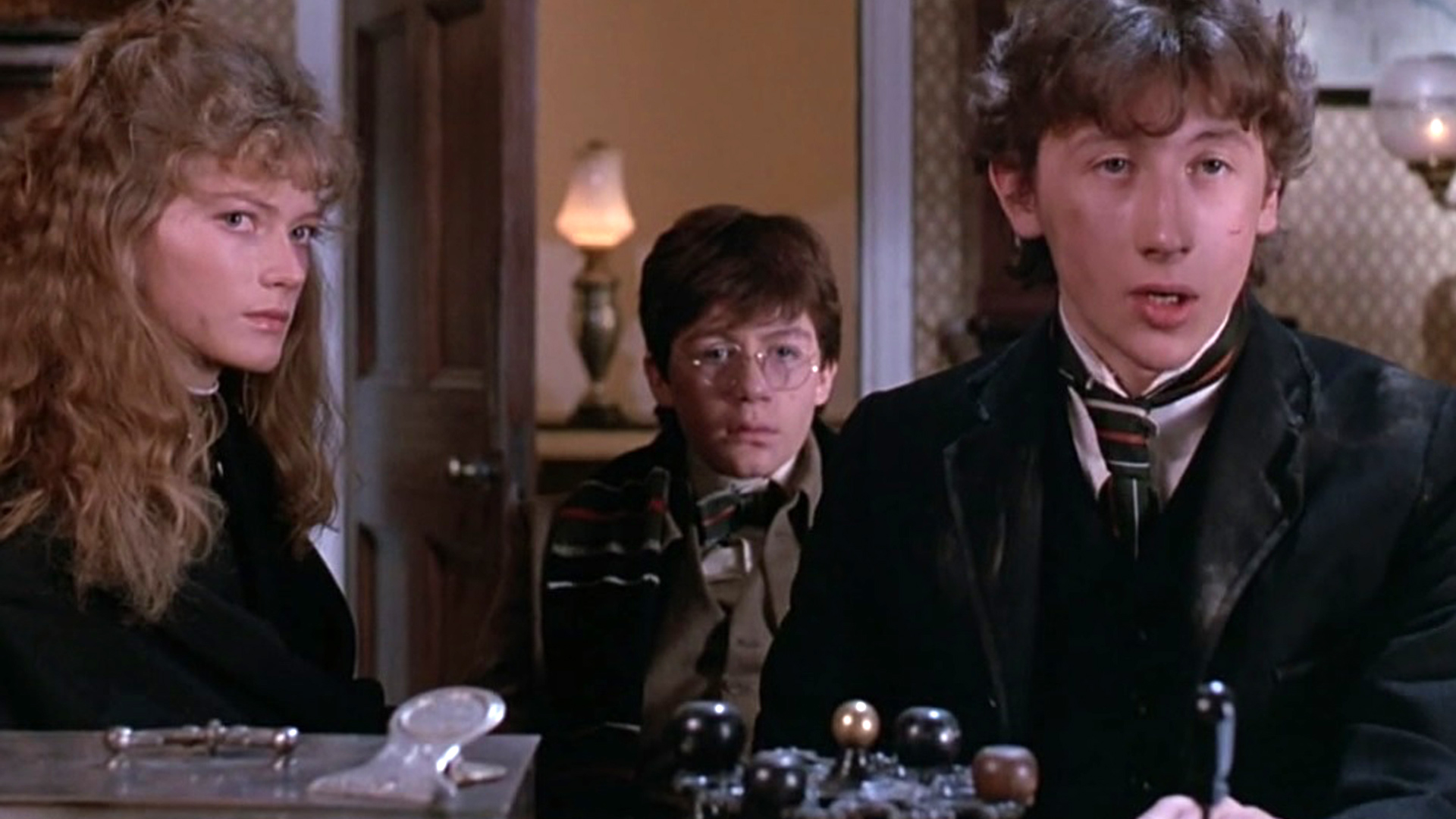 What makes Young Sherlock Holmes incredible is that action isn’t at the forefront; the mystery is.  The movie has an almost gothic tone, and most of that is thanks to the special effects which were worked on by Industrial Light and Magic.  That scene when a knight comes to life from his perch in a stained-glass window is excellent directing by Barry Levinson. The pacing and the speed of the adventure is on point.  This film is an early writing credit for future film director Chris Columbus, and it’s because of his writing that the world of Young Sherlock Holmes feels so vivid and lived in.

I was thrilled when I saw this film because Sherlock maintained his signature intellect but was still vulnerable enough to be afraid of failing and solving the mystery and being vulnerable to loss.  These traits humanize the character but also show where he will eventually go and who he will become.  I drew comparisons to the first Harry Potter film as both boys are reluctant heroes fighting nemesis bigger than themselves. 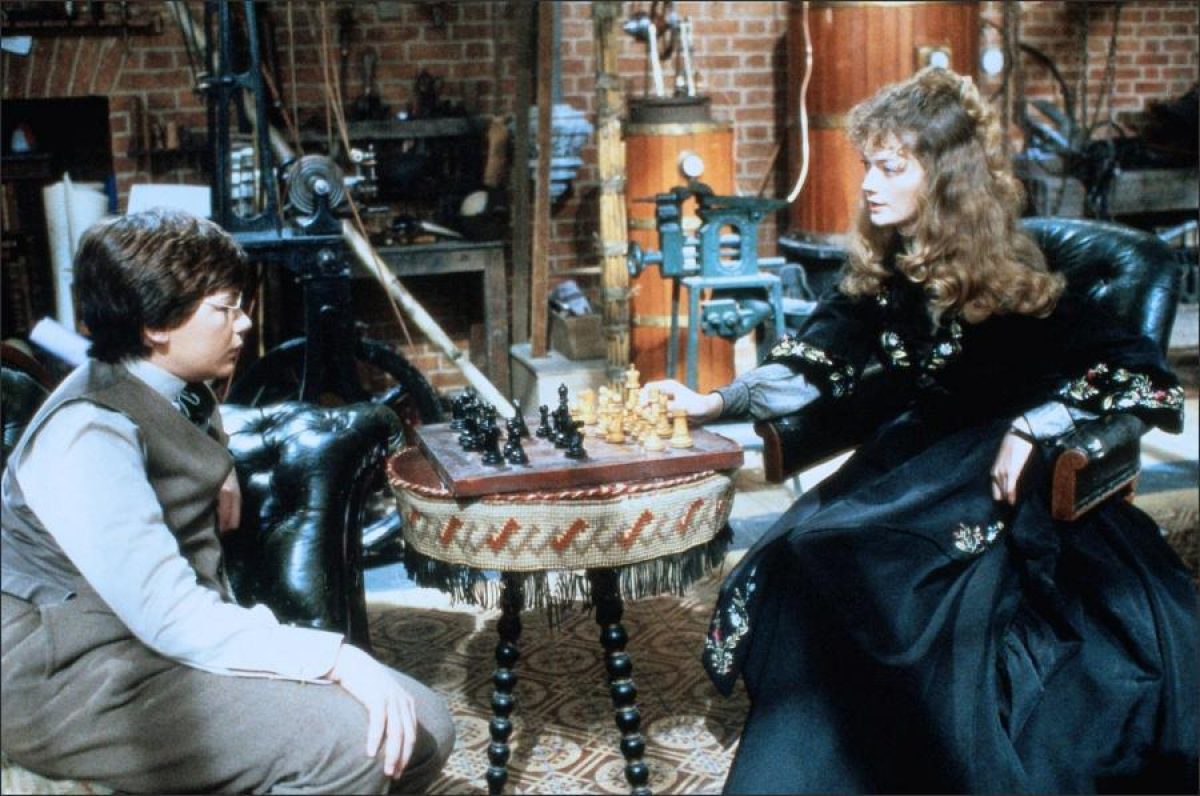 This movie’s challenge was making it bigger and grander than it would actually turn out to be.  This film’s grand spectacle wasn’t acknowledged at the time, even though it’s looked upon as a cult classic now. There was no young adult genre when teenagers really needed it in 1985. The fact that there wasn’t an audience for this film because the genre hadn’t been made yet is just a crime of the times.  Young Sherlock Holmes is better for it, though, because we can appreciate all that the director and writer tried to do, at least in the present day. It’s definitely a mystery I keep coming back to you, and I think the audience is new to the work of Sir Arthur Conan Doyle could find a unique love for this film. I’m thankful for this movie because it taught me how to love those mysteries even more.

Everyone needs their own version of Sherlock Holmes. This movie just didn’t provide that for audiences, which is why it only made $1 million more than its budget.  However, I will always count this as a hidden gem of a film that I’m thankful for. 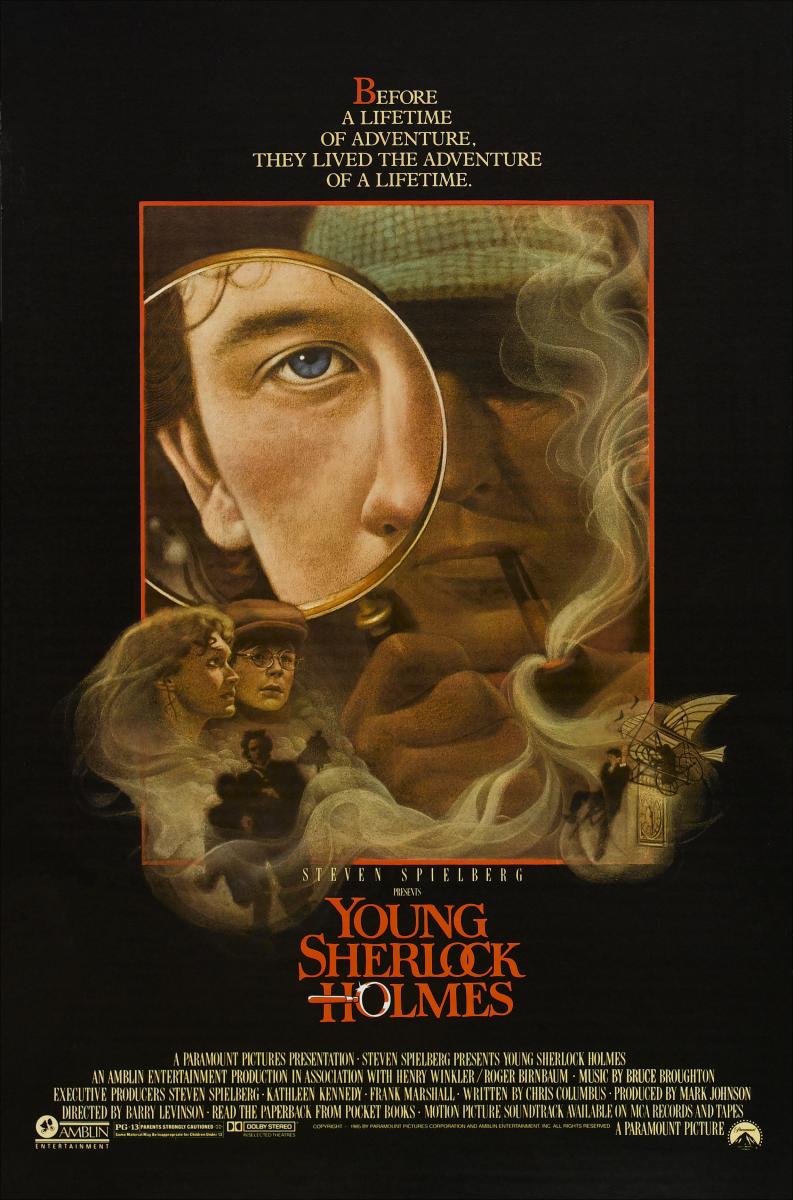 Films To Be Thankful For: Young Sherlock Holmes (1985)