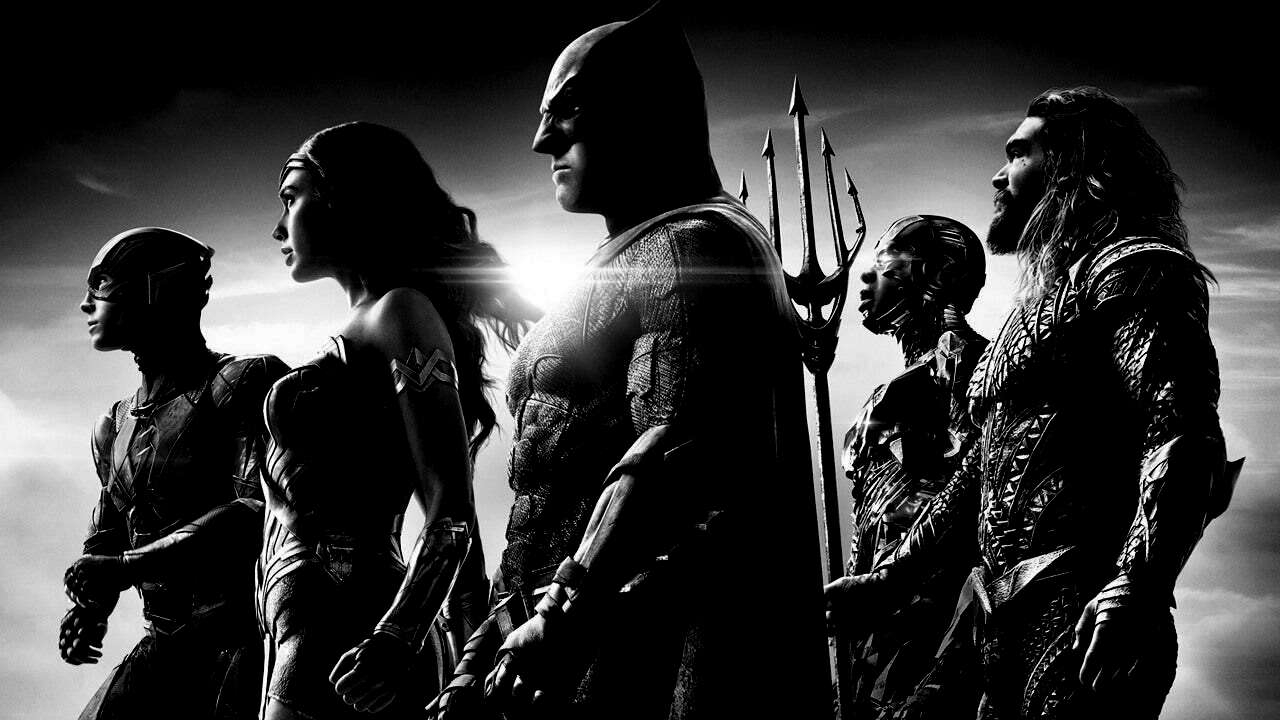 ‘Zack Snyder’s Justice League’ Destined to Change for the Better

We’re less than 24 hours away from Zack Snyder’s Justice League on HBO Max. While social media can be quite a toxic minefield, the #ReleaseTheSnyderCut movement showed that some good can still come out of it. Many of us (including myself) were disappointed with Joss Whedon’s version of Justice League. A pale comparison to Snyder’s vision, Joss-tice League left a bad taste for the past three years.

I can only hope for the best watching Zack Snyder’s Justice League tomorrow. Early reviews are drastically more positive this time around. For the most part, Director’s Cuts or Extended Editions do improve films. Sadly, some films have been altered over the years with unnecessarily upgrading visuals or a certain character randomly yelling “Maclunkey.” But all in all, these alternate versions do make for better films from what we got in theaters.

So before watching Zack Snyder’s Justice League, revisit a few other films made better by post theatrical changes. 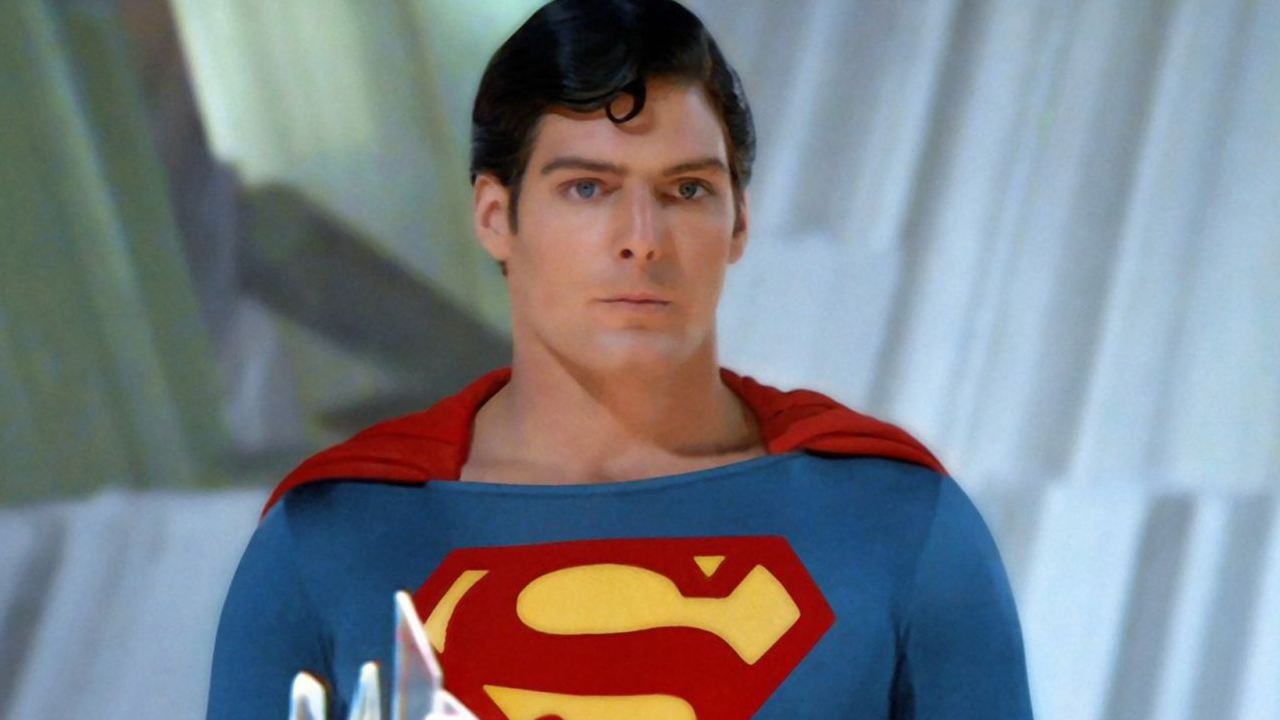 I’ve always enjoyed Superman II. But I never knew until I was much older how much Superman II was changed. Director Richard Donner filmed the 1978 original and Superman II at the same time. However, Donner was fired before Superman II could be completed. Richard Lester was brought in to finish the film. The film was a hybrid of the two directors. Sounds like Zack Snyder’s Justice League, doesn’t it.

25 years after its release, Donner had the opportunity to complete his vision of Superman II. Compared to Lester’s version, it’s like night and day. Lester’s Paris rescue is replaced by Donner’s subplot in Niagara Falls. Marlon Brando was also digitally restored in all his glory as Jor-El. In the theatrical version, Superman seeks help from his mother Lara instead. I hope Zack Snyder’s Justice League will have the same game-changing impact Superman II had on me 15 years ago.

To this day, Superman II: The Richard Donner Cut ranks as one of my favorite superhero films of all-time. Paired with Superman (1978), this is a must to watch. 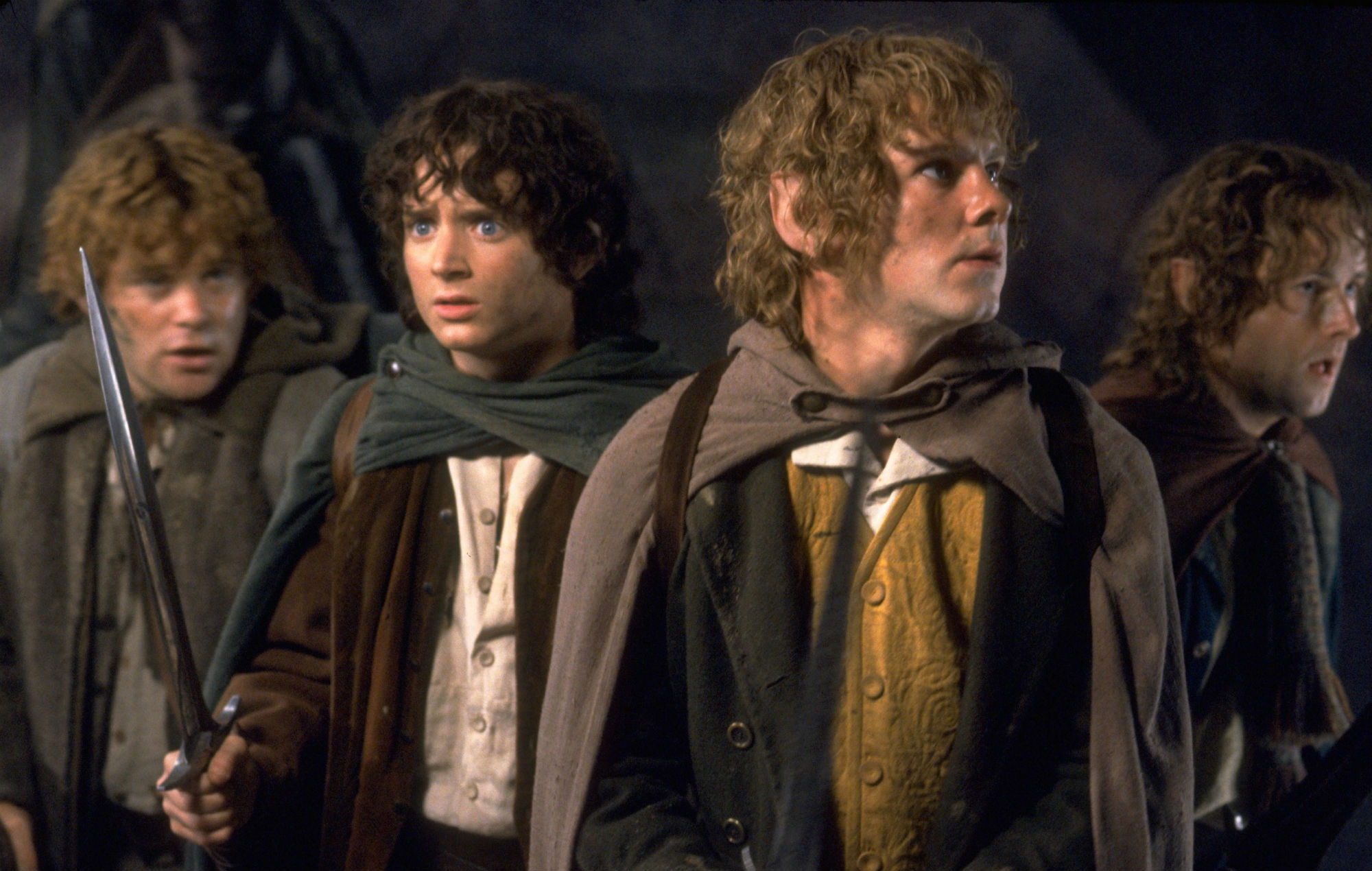 I always loved the theatrical versions of The Lord of the Rings films. But on this list, they’re probably the only films that don’t drastically change in quality with longer versions. They’re already “A+” movies to me and my favorite three films of all-time. The Special Extended Editions are just icing on the cake.

Between all three films, there’s an extra two hours of footage. 30 minutes in The Fellowship of the Ring. 43 minutes in The Two Towers and 50 minutes in The Return of the King. For the casual viewer, the theatrical editions will suffice. But if you truly love Peter Jackson’s vision of Middle-Earth, it will hands down be the Extended Editions.

The bonus material highlights character moments and Tolkien’s mythology rather than advancing the plot. And while it beefs up the run time anywhere between 3.5-4 hours, it’s never a chore or over-indulgent. I mean, the extra scenes in Return of the King equal half a regular length movie. It’s insane much commitment there is to this trilogy. I’ve joked that the Extended Editions are still “too short” personally. 20 years later and there’s still footage on the cutting room floor that’s only been hinted at.

Weirdly enough, Jackson’s Hobbit films feel the complete opposite. Shy under 9 hours, I almost wish that trilogy was a bit tighter with the narrative. Who knows, that might even be an alternate version down the line. 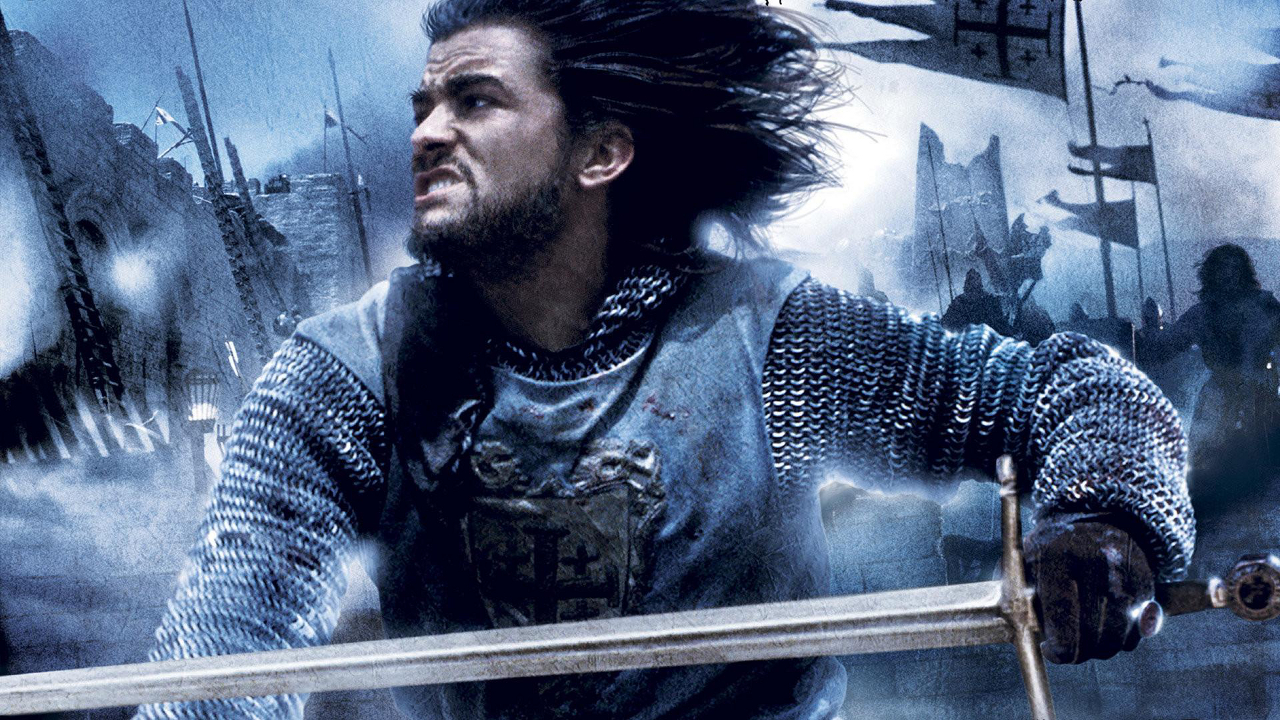 Director Ridley Scott is certainly no stranger to altering his films down the line. Alien, Blade Runner (twice) and Gladiator have all been tweaked over the years. And they’re generally hailed as some of his top-tier works. The one that stands out the most is Kingdom of Heaven. Scott’s Crusade epic was primed to be the next Gladiator in 2005. Unfortunately, there wasn’t much love when it kicked off the summer season.

Kingdom of Heaven was poorly received by critics and ultimately underseen by general audiences. Its weak $19.6 million opening weekend remains the worst #1 film to open the summer season since 1998. By the time Star Wars Episode III – Revenge of the Sith hit theaters two weeks later, Kingdom of Heaven was a distant memory.

Rumors swirled throughout 2005 that Scott was working on a longer cut of Kingdom of Heaven. 50 minutes longer than its theatrical counterpart, the Director’s Cut would see the light of day in early 2006. Clocking in at Titanic length, Scott’s new version fixed the pacing and characterizations of the theatrical. Balian’s (Orlando Bloom) motivations at the beginning are no longer rushed and the journey to Jerusalem takes a much clearer shape. The Director’s Cut even features a crucial subplot, involving Princess Sybilla (Eva Green) and her son.

This is the definitive cut of Kingdom of Heaven that we could’ve dreamed of the first time around. A complete 180 for many critics and viewers, the Scott epic transformed from mediocre to one of his best films. Perhaps in some alternate timeline, Kingdom of Heaven would’ve rightfully been in the Best Picture race that year over Crash. 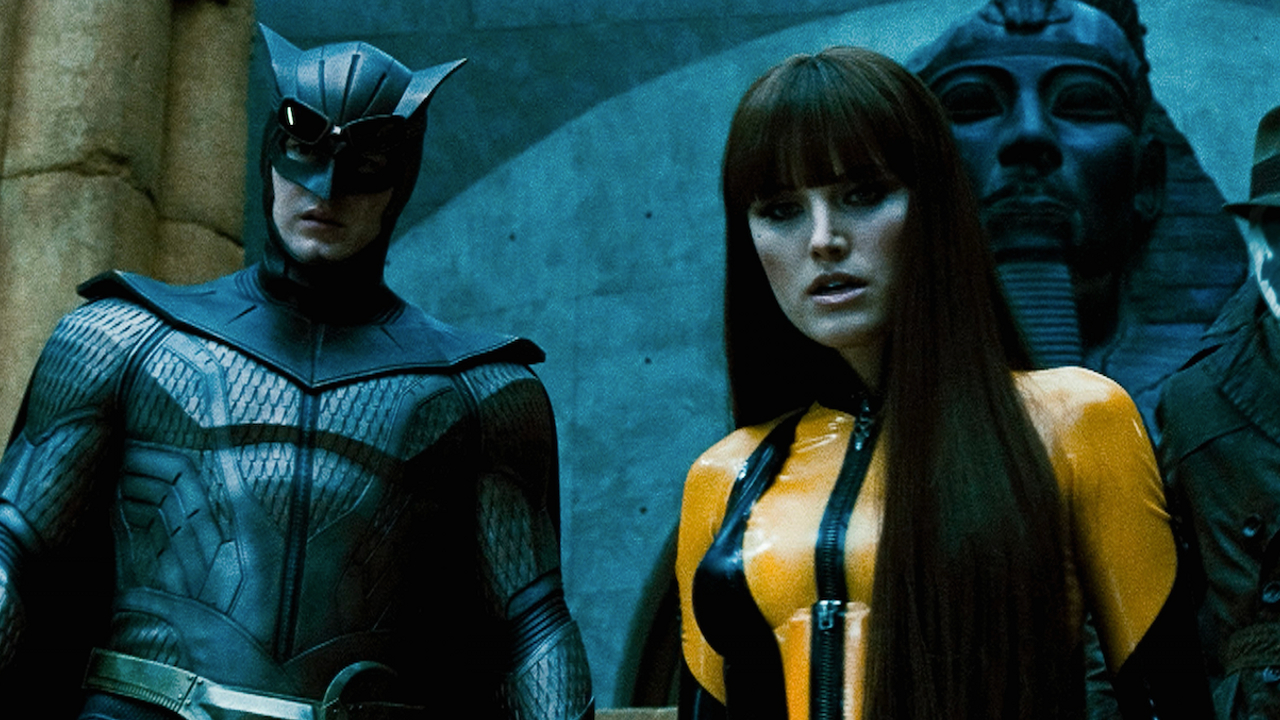 Like The Lord of the Rings, Watchmen was deemed unfilmable for the big screen. There’s no denying that Watchmen is dense. Alan Moore’s acclaimed graphic novel was perhaps better suited for a streaming series. But that still didn’t stop Zack Snyder from attempting such an ambitious project in 2009.

Theatrically, Watchmen clocks in at 2 hours and 40 minutes. That might seem like a Director’s Cut length at first glance. It’s not. the acutal Watchmen: Director’s Cut adds another 25 minutes to the run time. Truer to the source material and equally violent, the 3 hour cut of Watchmen is a more realized film. Snyder is still juggling countless arcs from the graphic novel, but it’s a more coherent narrative.

But Watchmen: Director’s Cut isn’t the definitive adaption of Alan Moore’s work. There’s yet a third version of Watchmen, titled the Ultimate Cut with another 30 minutes of footage. The Ultimate Cut splices segments of the animated Tales of the Black Freighter story back into Watchmen. While not a must for the casual viewer, the re-insertion is a must for die-hard fans.

3 hours and 45 minutes is much to commit to one film, but it’s the closest we’ll get to the graphic novel being fully realized. Snyder’s committed for sure and that’ll be even more evident when the 4 hour cut of Justice League hits HBO Max. 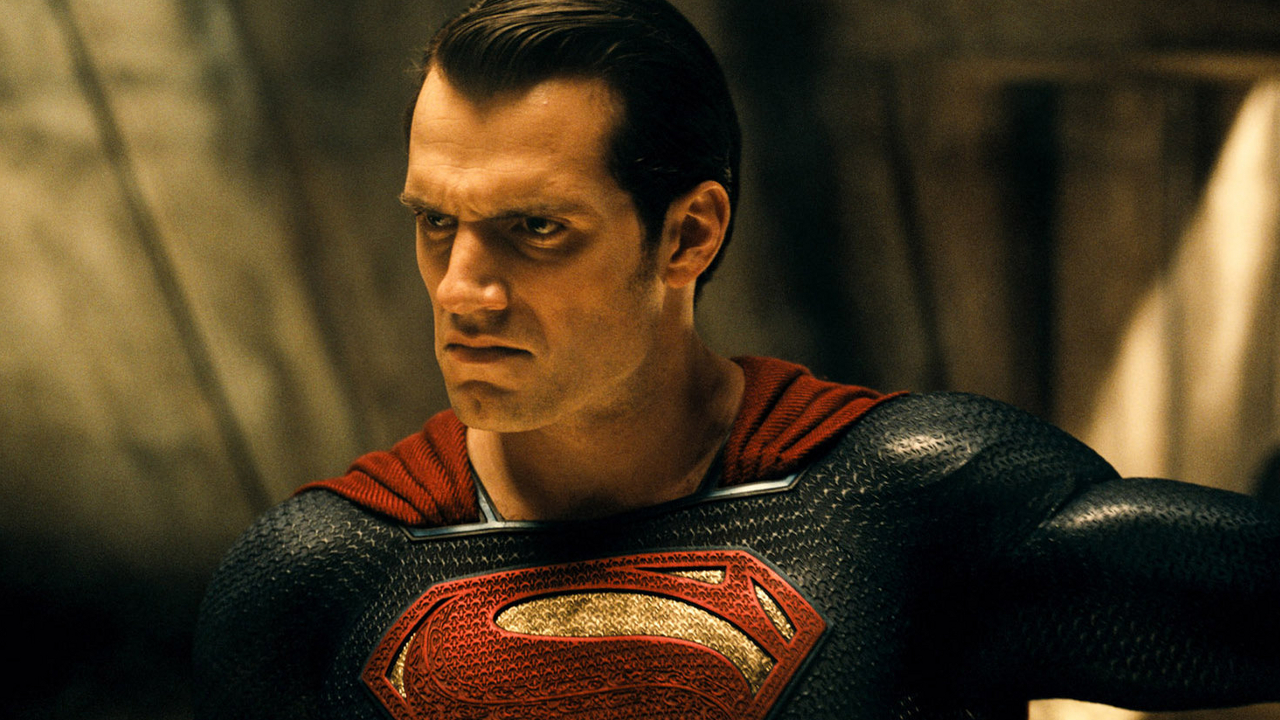 Save Martha! Okay, we all know “that” line. Five years ago, Batman v Superman: Dawn of Justice may have been one of the most frustrating superhero movies ever. The follow-up to Man of Steel was way more than simply a Superman sequel. For being the second film of the DCEU, Zack Snyder put all his cards on the table with BvS. Imagine if the MCU released Iron Man then The Avengers right after. That’s BvS.

Basically, we’re playing catch up with a Batman past his prime. Wonder Woman randomly pops in here and there. Then it has to set up Justice League. Introductions for Aquaman, The Flash and Cyborg are reduced to Quicktime clips. Let’s also drop hints to Steppenwolf and the post-apocalyptic Knightmare scenario. There’s only so much the film’s 2.5 hour run time can handle.

Like Watchmen, the theatrical cut of Batman v Superman was given little room to breathe. It’s not like audiences can’t handle three-hour movies. *cough* The Lord of the Rings, Titanic, Avengers: Endgame *cough* Thankfully, the Ultimate Edition of Batman v Superman drastically improves on the theatrical cut. The first viewing of the Ultimate Edition made me a believer in Snyder’s vision.

There’s still a lot going on in BvS, but the 30 extra minutes do make the difference. The extra footage is more about coherence than adding more subplots to the plate. There’s enough already. Instead, we understand Lois’ scenes in the desert much better. We get why deep the tension is between Batman and Superman early on. And we’re more aware of how Superman’s image is smeared by the media’s tainted lens.

Thanks to the much superior Ultimate Edition, BvS goes from jumbled mediocrity to being the DCEU’s best outing. I’ll re-evaluate that again in another day or so. There’s some movie coming out on HBO Max.

Comment below some of your favorite alternate, director’s or extended cuts. 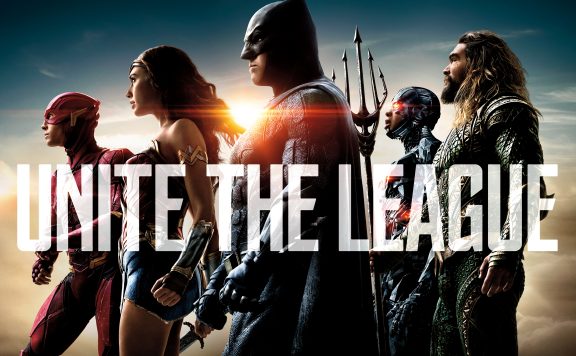 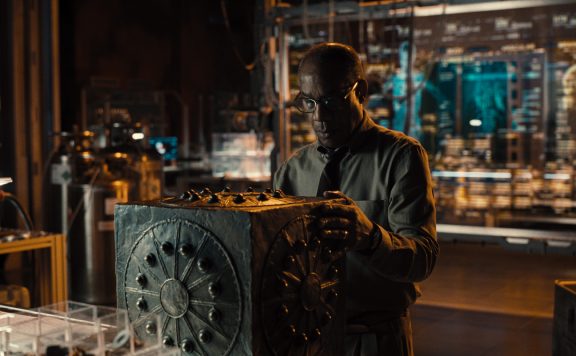 ‘Zack Snyder’s Justice League’ Review: Making the Most Out of a Second Chance
March 19, 2021 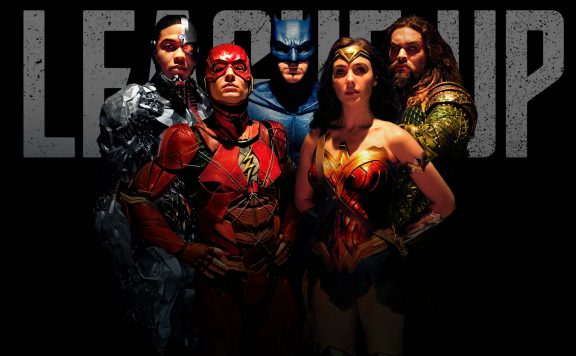 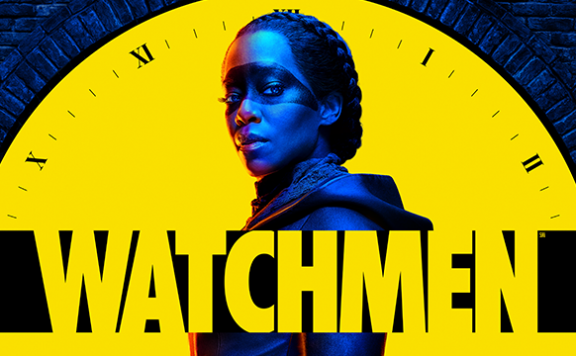