Based on the book of the same name by Lawrence Osborne, The Forgiven is set in the High Atlas Mountains of Morocco, where socialite boyfriends Richard and Dally, played by Matt Smith and Caleb Landry Jones, are hosting a weekend party gathering of their wealthy international friends, which includes married couple David and Jo Henninger, played by Ralph Fiennes and Jessica Chastain. The festivities of the weekend, which include every kind of overindulgence, are dampened somewhat when David and Jo get into an accident while driving through the desert to get to Richard and Dally’s estate. As a result of the accident, a teenager is killed, and the rest of the film deals with the fallout from the accident.

From the very beginning, The Forgiven is dripping with Death on the Nile vibes as a group of callous, self-centered, and racist rich white people gather to flaunt their status and good fortune in a country that’s beautiful but poverty-stricken. These are horrible people, none as horrible as David, a bitter and unhappy drunk who is miserable from the first moment he arrives in Morocco. He’s resentful that he has to drag himself to this desert to spend the weekend with old friends he’s grown apart from. Mostly, however, he’s resentful that he has to spend all this time with his wife, with whom he bickers nonstop. When he gets into an accident and hits a kid on the road, which happens while he’s arguing with his wife, his wealthy friends gather around to protect him and handle the situation. But when the boy’s father shows up at the estate, asking for the body and details of what happened, David is forced to face the truth, the one thing he’s been running from for years. 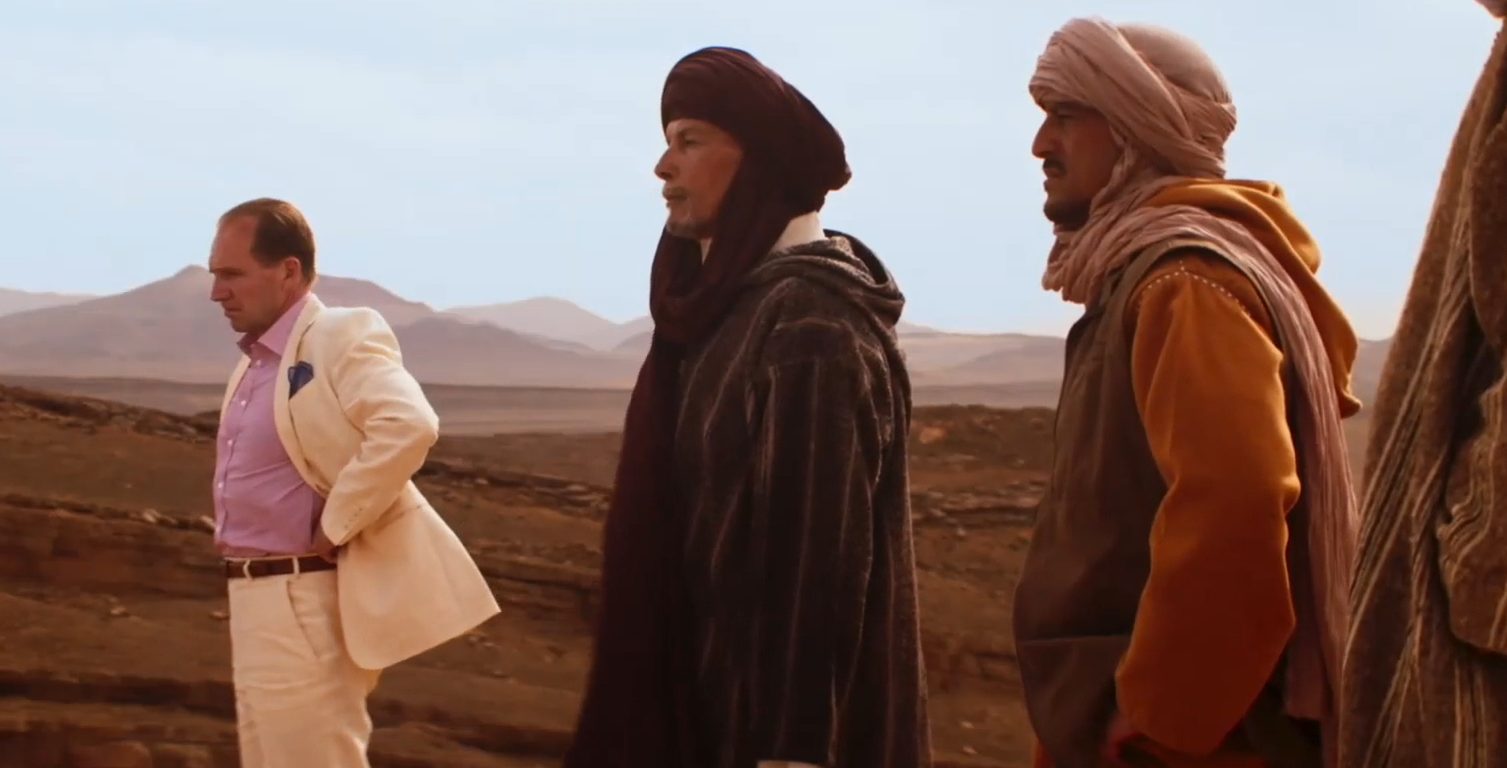 The moral and cultural divisions are clear in The Forgiven, as writer/director John Michael McDonagh (The Guard, Calvary) does an excellent job of bringing us into this decadent oasis of extravagance that’s been placed in the middle of a vast desert. While they all claim to be there for the beauty of the setting, it is clear that what attracts them all to this place on this weekend is to escape to a place where they can be free of any responsibility, rules, and judgment. It’s a Westworld without robots. But, in this world, there are real humans who serve the guests, humans who live in the country, and humans who suffer from their indignities and craven behavior.

But, thankfully, the indelicacies of these crass humans and their indifference to their surroundings are not the main thrust of the film, merely the foundation upon which the drama is built. The nuanced screenplay focuses on character, specifically the journey David makes through his experience. There is a specific brutality in these characterizations of these miserable people who all seem desperate to escape, cover up, or ignore who they really are. The dialogue sometimes comes off as wholly unrealistic, but then again, who are we to say how the filthy rich speak when in each other’s midst.

Again, similar to Death on the Nile, these callous characters’ real characters are revealed when tragedy strikes. The beauty of The Forgiven is seeing how each one slowly reveals their true self or retreats further into their carefully crafted personas. The film is about David’s journey, and Fiennes is perfectly cast to play the stuffy, miserable, and reluctant Englishman forced to face his demons in the vast expanse of a harsh desert and its modest people. Fiennes’s naturally proper and stiff (read: English) countenance works perfectly in contrast to the harsh and unforgiving desert, and one can’t help but be reminded of one of his more famous roles in Best Picture winner The English Patient, where he also found himself in the North African desert, forced to face the elements. In The Forgiven, however, it’s not the topography that is David’s challenge; it is acceptance of the people, their traditions, and the consequences of what he’s done. As expected, Fiennes is moving and profound in his performance, a reminder of his immense skill as an actor.

Not as expected is how little Chastain’s talents are put to use in this film. As Jo, she is relegated to being a pouting puppy, feeling sorry for herself and acting out with the impudence of a child against David’s indignities. It’s genuinely disappointing to see her wasted like this. Matt Smith is wonderfully decadent, however, as the host who has no illusions about who he is, and Landry Jones is typically weird as the outrageous rent boy artist. Christopher Abbott is under-utilized in a role that flounders in a pointless storyline, almost comic in its shallowness. 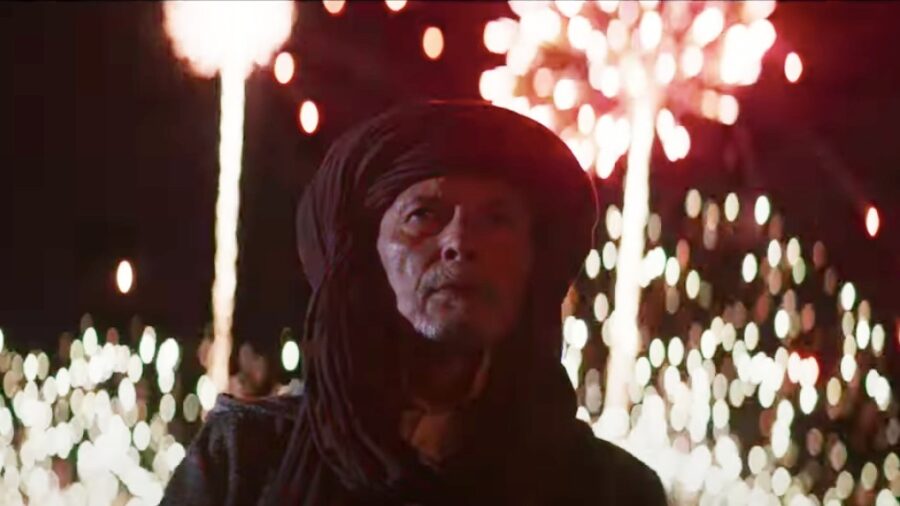 But it is two lesser-known actors, at least to American audiences, Ismael Kanater and Saïd Taghmaoui, who give The Forgiven its texture and depth, who play the boy’s father and David’s guide, respectively. Kanater, as the boy’s father, is riveting and haunting in his quiet performance that belies the rage within. And it is in Taghmaoui’s performance where The Forgiven finds its soul, reminded of humanity’s need for connection and understanding, even in the most unfamiliar and remote places.

But don’t be fooled, The Forgiven is not a nice lesson film. It is a brutal morality play that examines and pokes, burns, and rips at the fabric of these people’s carefully constructed lives. In a single moment, life can all come into focus, for better or worse, and how we respond, react, and relate in these moments that define who we are. McDonagh’s script isn’t perfect, but it becomes stronger as it unravels slowly to a powerful ending that makes every moment worthwhile.

There are some magnificent vistas, shot by cinematographer Larry Smith, and the use of light and color is surprisingly effective, considering the location. Overall, The Forgiven takes a while to grab hold, overcoming its awkward and meandering beginning to settle into being a powerful slow burn of a morality tale, delivered with a memorable performance by one of the great actors of our time.

The Forgiven will be available in theaters starting July 1, 2022. 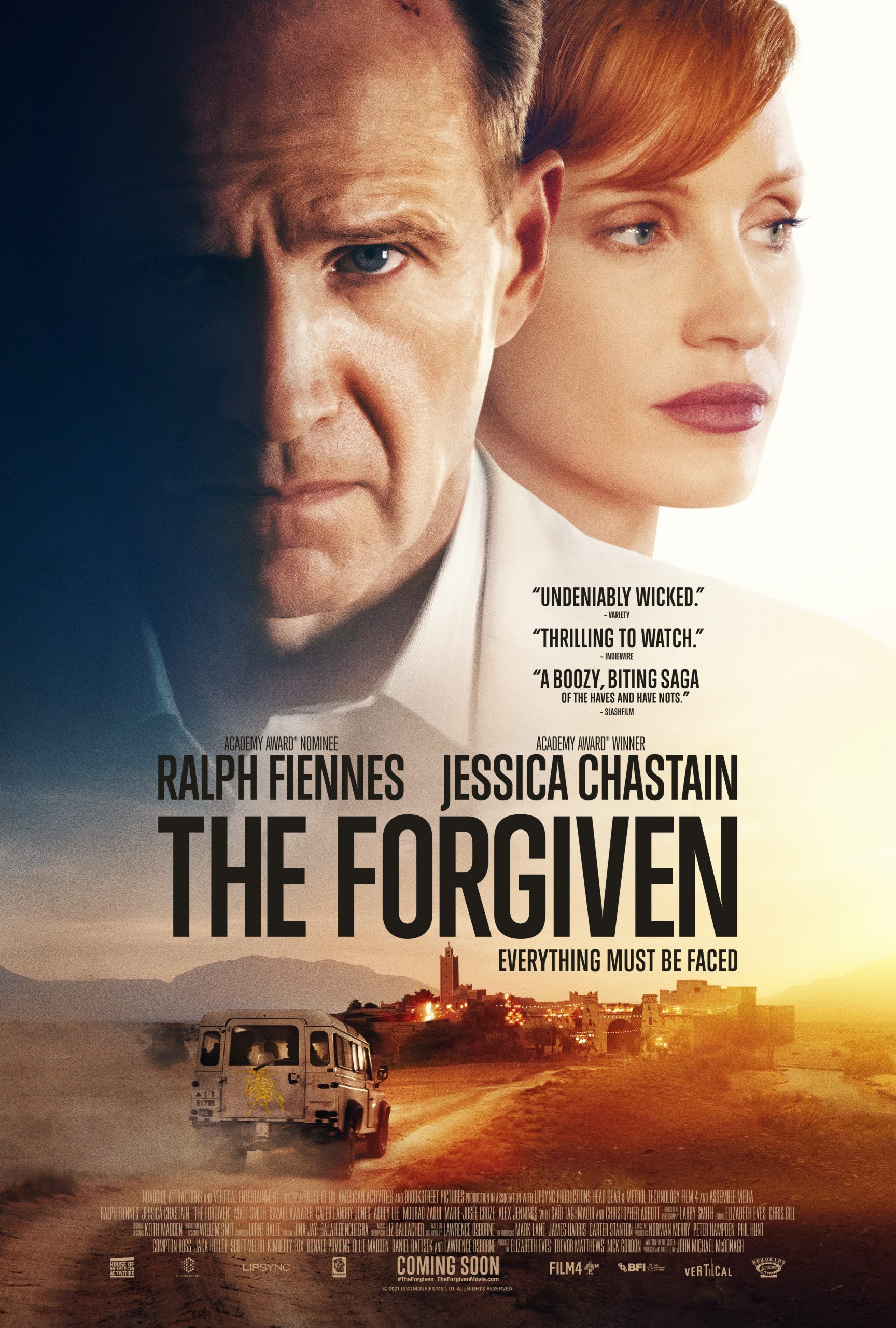 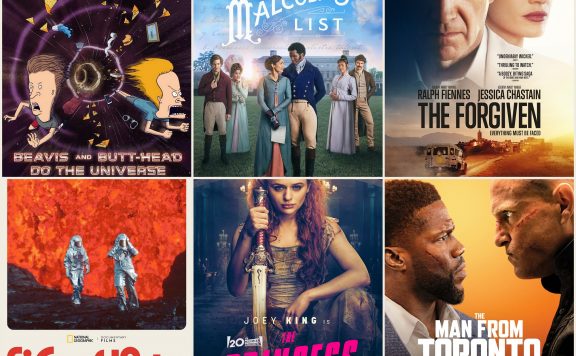