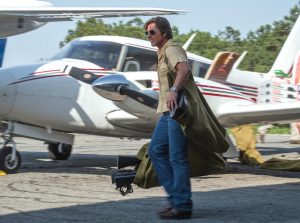 American Made is a perfectly good movie about an unknown aspect of modern American history. It seems to want to be Goodfellas and it’s not that monumental, but citizens should know about the shady schemes in which its government agencies were involved.

The CIA recruits Barry Seal (Tom Cruise) out of TWA to fly their planes over South America shooting intel photos. The Medellin cartel then recruits him to smuggle their drugs. The CIA ultimately uses Seal to trade drugs for weapons to the Contras and if that sounds familiar to you, you know where this is going. 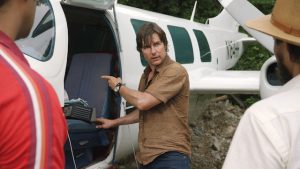 American Made has the playful attitude of a crime caper. Seal explains the weight limits for flying their product with the death-defying confidence of a man with one area of expertise where he outranks the deadliest druglords in the world. Trying to store his wads of cash is a fun practical problem of this kind of business. Mo’ money, mo problems, and when it’s literal cash money, it takes up space.

Seal has the Tom Cruise attitude in dire situations. Like Jerry Maguire losing everything or Ethan Hunt volunteering to climb the Burj Khalifa, Seal has a carefree attitude towards life and death. He rolls with Jorge Ochoa’s violent pranks and the potential of a car bomb. If he lives another day, cool beans. There are some cool aerial maneuvers that I hope were real flying stunts. 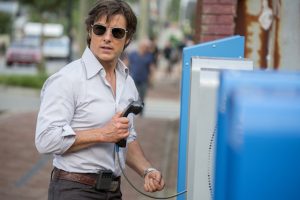 So American Made is not perfect but none of the mistakes ruin the fun. To craft a clear narrative out of real events is a feat and it is important we do not forget Iran-Contra. So this is a more fun way to ease citizens into vital history than a history book or lecture.