The Great War doesn’t often get as much screen time as WWII, especially not on the Eastern front, but the team behind Latvia’s official 2021 Oscar submission Blizzard of Souls (bringing a perspective of the war rarely seen) brings the century-old war to vivid life through the eyes of an innocent young 17-year-old. Based on Aleksandrs Grins’s novel (forbidden in the USSR), a Latvian rifleman during WWI, the film tells the gripping and haunting story of war, sacrifice, and loss through the eyes of a boy who comes of age during these tragic times.

The feature directorial debut of documentarian filmmaker Dzintars Dreibergs, Blizzard of Souls gives a first-hand look at the war and the lead up to Latvian independence as young Arturs (Oto Brantevics) sees it. Only 16 when the film opens, Arturs is filled with innocence and optimism and young love when the Germans invade. With his older brother already enlisted, after a tragic run-in with invading soldiers, Arturs enlists with his former soldier father — although he is too young to fight, he’s old enough to die along with the other boys and young men sent out as cannon fodder.

As Arturs and his fellow soldiers are thrust into a war like never before experienced, he bonds with the other men through horrific events and the death all around them. When he starts this journey, Arturs hopes to become a hero, but as the trench warfare bears down on him and starts to crush his soul, he begins to wonder if it were all worth it. Becoming a man during such times cannot be easy as he is forced to grow up fast and place his youth’s world in the past. 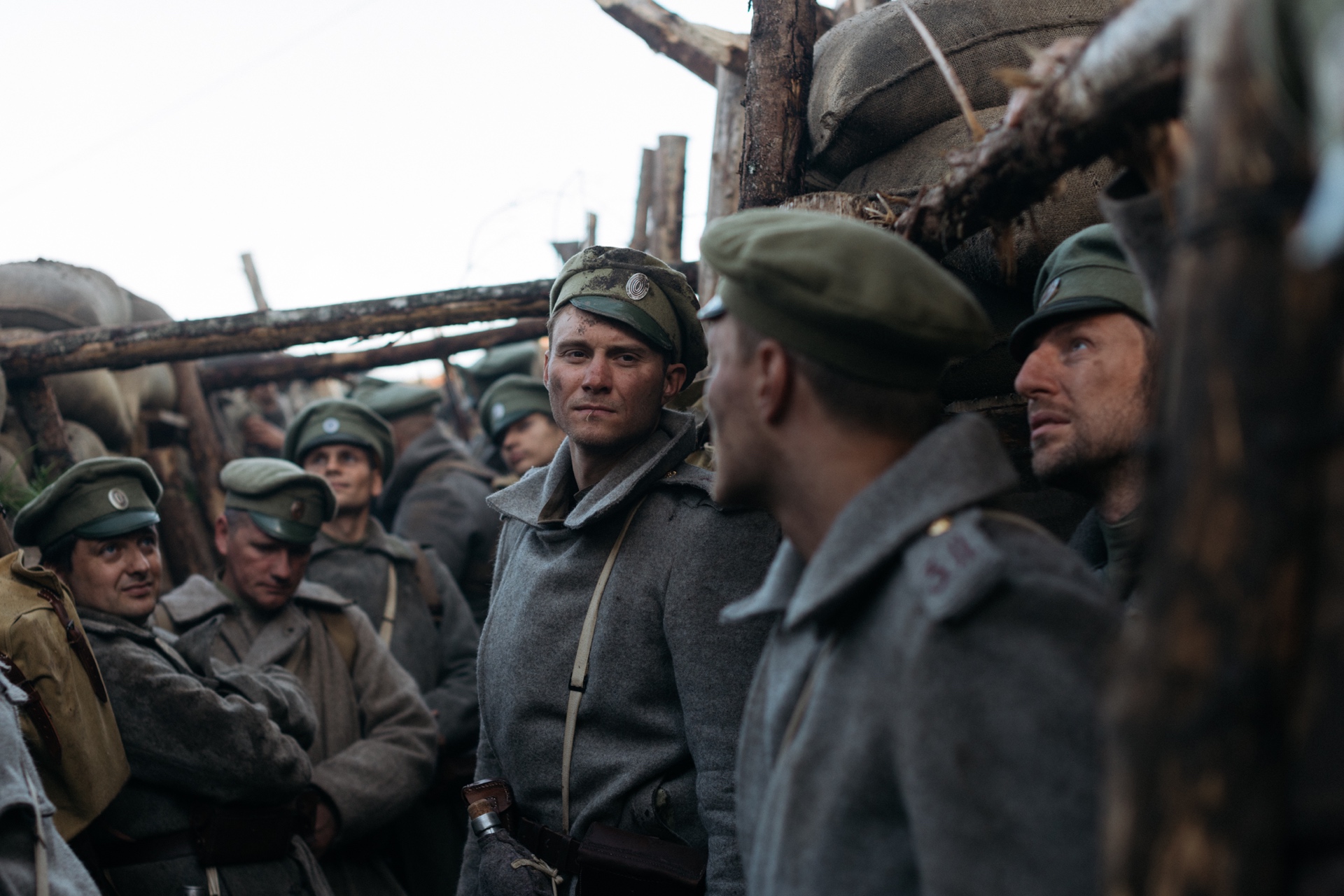 War changes you, and Blizzard of Souls gives us an up-close look as we see the terror and fear in his eyes with his first kill or the grief and loss of losing those closest to you right in front of your eyes, but having to push the grief and blame down to survive. How far will you go when you’ve lost everything, and the battlefield is now your home? But he doesn’t lose hope as he wishes to start a family of his own and continue the fight for his homeland.

Blizzard of Souls has all of the hallmarks of a stirring war drama, with young men having to become men before their time, the loss of innocence, and life with friendship and love. The director and cinematographer (Valdis Celmins, also his first feature film), both coming from documentary backgrounds, use that experience to make the film feel more realistic — it lacks the special effects and heart-pounding over-the-top battle sequences but does an effective job of showing the lulls and intensity of trench warfare and not glorifying it.

The film starts light, airy and bright, and once the war reaches its borders, the film turns cold, frigid, and claustrophobic. The standstills and waiting for something to happen in certain scenes make it harder for the film to keep your attention at times — it lacks the Hollywood production like 1917, but in its realism is a more accurate account of the war on this front. 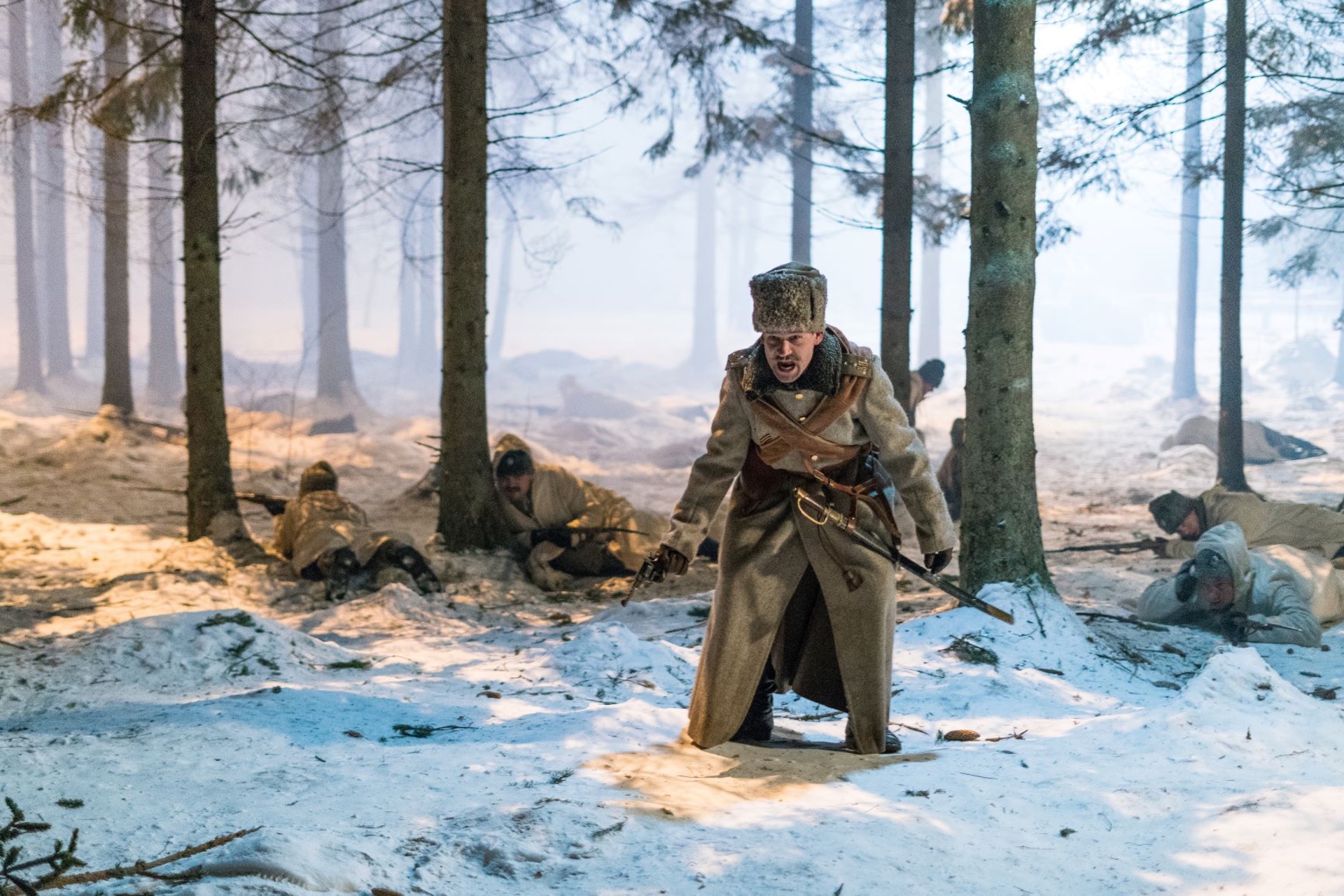 Along with the director and DP, the film’s young lead is also a first-timer. Lead actor Oto Brantevics was only 15 years old at the beginning of production, which lasted 6 years, but his raw talent is enough to carry this film and its heavy subject matter. Everything is seen through his perspective of a war that has turned his whole world upside down. With that said, this is a valiant first effort by this team to tackle such an ambitious production. It’s always tricky to toe the line between over-production and under-production, realism and genre go-to’s, or propaganda with war films. The film does a good job of not vilifying either side and just showing the human element of war — they are all just normal people caught up in the inhumanity of war.

At its core, Blizzard of Souls is about revolution and resistance and risking it all for your self-determination and standing in your conviction, and this film does a touching job of telling a story seldom told. And the documentary background gives a deeper understanding of the subject matter and tragedy, and that comes across on the screen through the honesty in direction, performances, and visuals. 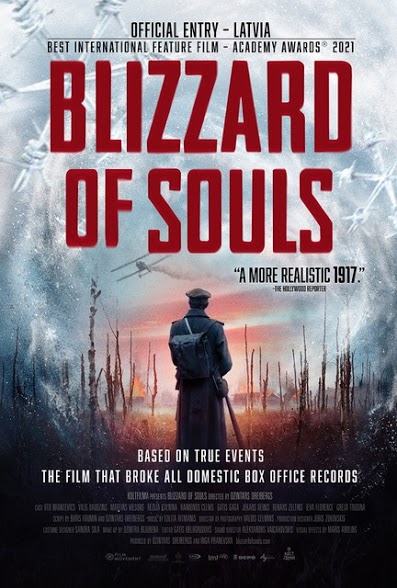 ‘Blizzard of Souls’ Review: A Loss of Innocence on the Eastern Front