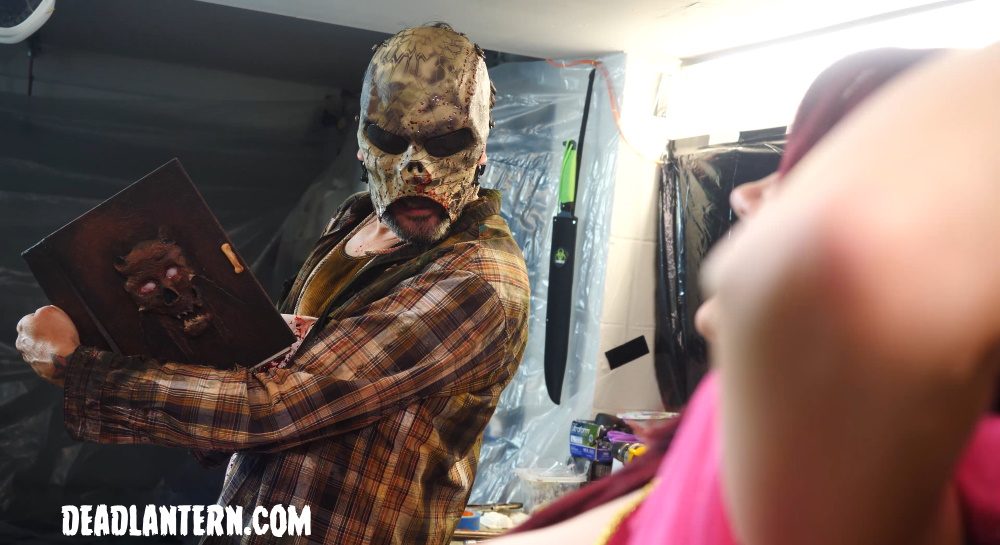 Greetings from the Underground!
In 2015, a horror anthology came to my attention called Shivers Down Your Spine from Director Mathew Kister and Dead Lantern Pictures. The shorts were tied together by a wraparound story involving a genie and the guy who rubbed her lamp. I found it highly entertaining and had wished to see more from the director. Five years later that wish finally came true with Chills Down Your Spine. But was it worth the wait?

Yes! It absolutely was worth the wait. Mathew Kister and the talented individuals in front and behind the camera bring us a sequel anthology that is better than the original in many respects. While I had no problem with Kister’s direction in Shivers Down Your Spine, I enjoyed his direction even better in “Chills”. The stories in this new anthology vary in horror sub-genres and styles but feel somewhat connected. You can tell there was more planning in not only what stories were being told in the shorts, but also the two – yes two – wraparound stories. Fear not, the nearly 3-hour run time allows for the wraparounds to play out to a satisfying ending. 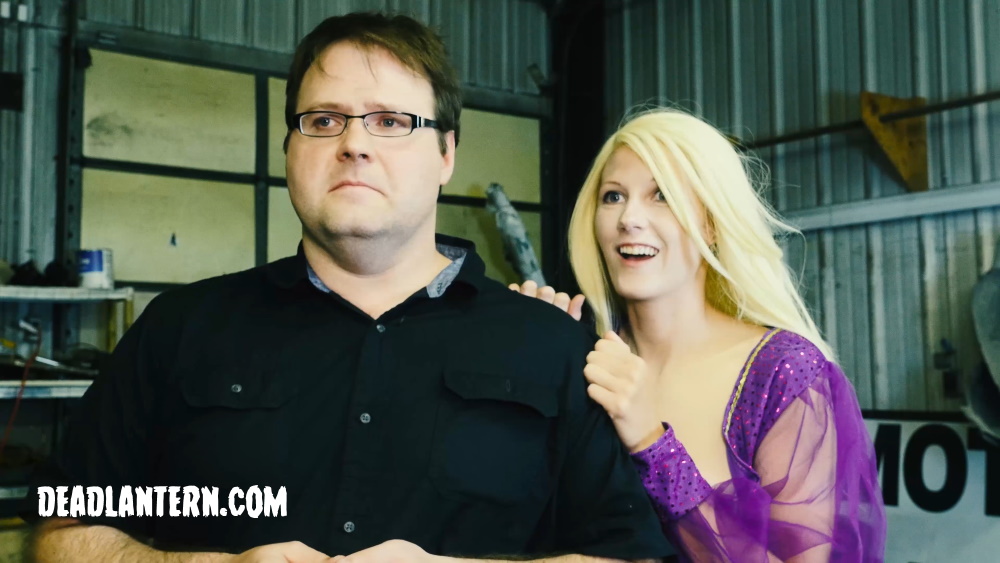 Don’t let the run time scare you away. The great thing about this anthology is that you can take a break from watching it and come back for more later. The movie fully acknowledges that it has a long run time and includes an intermission segment that had all the spirit of a Troma film with meta-commentary. In the opening segment they even take a dig at the internet reviewers who will make it a point to mention just how long the film is…oh, um, moving on.

Just like the first anthology, Chills Down Your Spine does not shy away from nudity, in fact it doubles down on it. We have our Genie characters who are topless in every scene. Megan Shephard plays double duty this time around reprising her role as the genie Sabiah and playing a new genie character named Mahktoonah. I loved her performance in both roles. She brought such a great separation between the two that it is hard to tell it is the same actress. She is not the only talented actor to shine in this film. Steve Eaton reprises his role as Kevin. You can tell he has fun playing the reluctant guy who sort-of yet doesn’t quite believe in this hocus pocus stuff. A new character is the Killer played by Benito Garcia. Garcia really chews up the scenes he is in and I wouldn’t mind seeing a spin-off movie with his character. 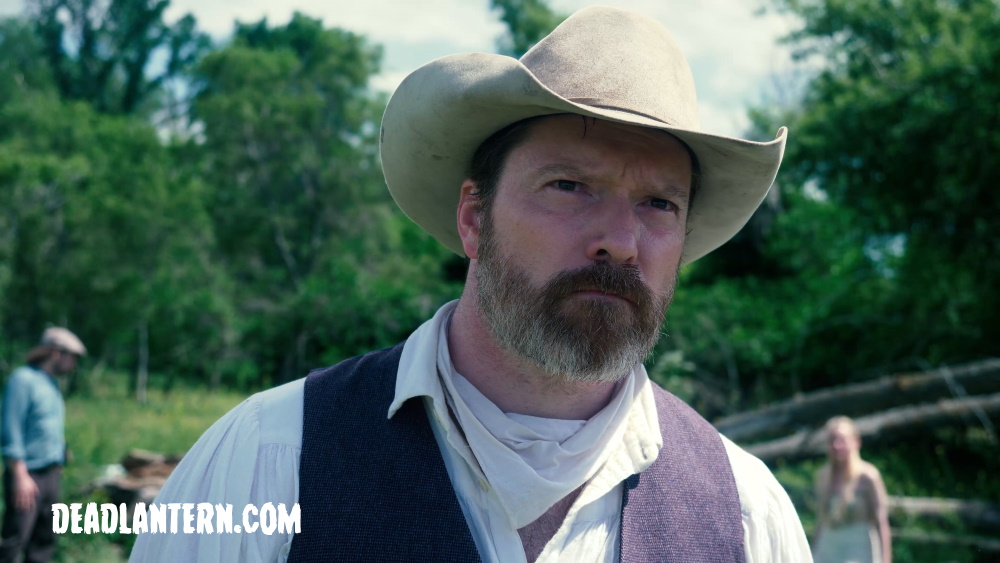 The first short is called “The Devil’s Corkscrew”, a western horror story about cursed gold and those foolish enough to go seeking it. This felt like an authentic western from the costuming to the dialog. The camera work also calls back to classic western film styles. Lindsay Washburn puts in a killer performance as Sarah. Everyone does well in this short but she really stood out. This short made me want to see more of this western world and I hope we will in the future. 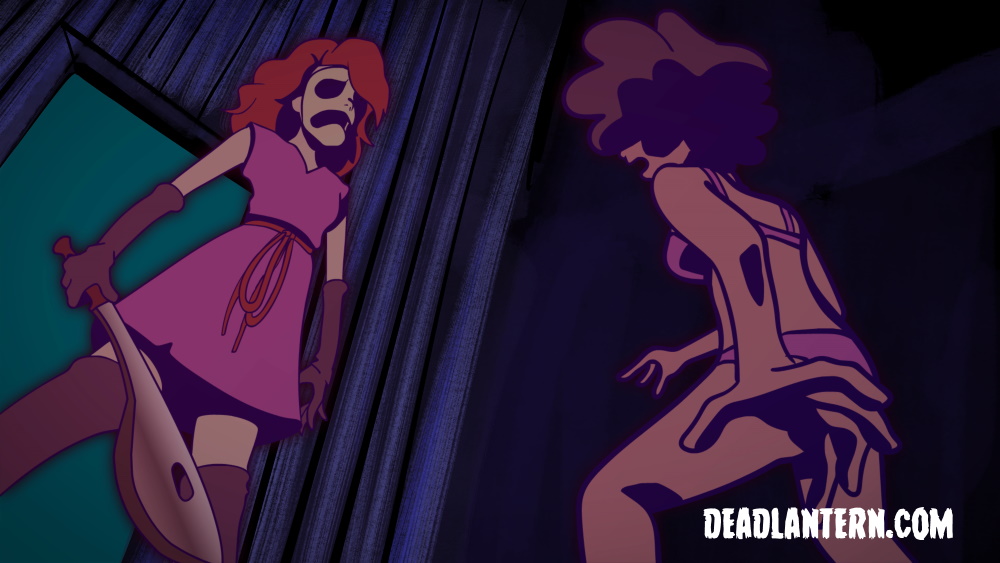 “Isabelle Returns” is an example of Mathew Kister experimenting with different styles of storytelling. It is an animated tale about three kids looking for an old legend. I loved the mixture of animated sequences with live-action cutaways. It gave it a surreal, creepy vibe. The animation is solid and the voice acting is well executed. It felt like it would fit in with MTV’s Liquid Television. Google it kids. 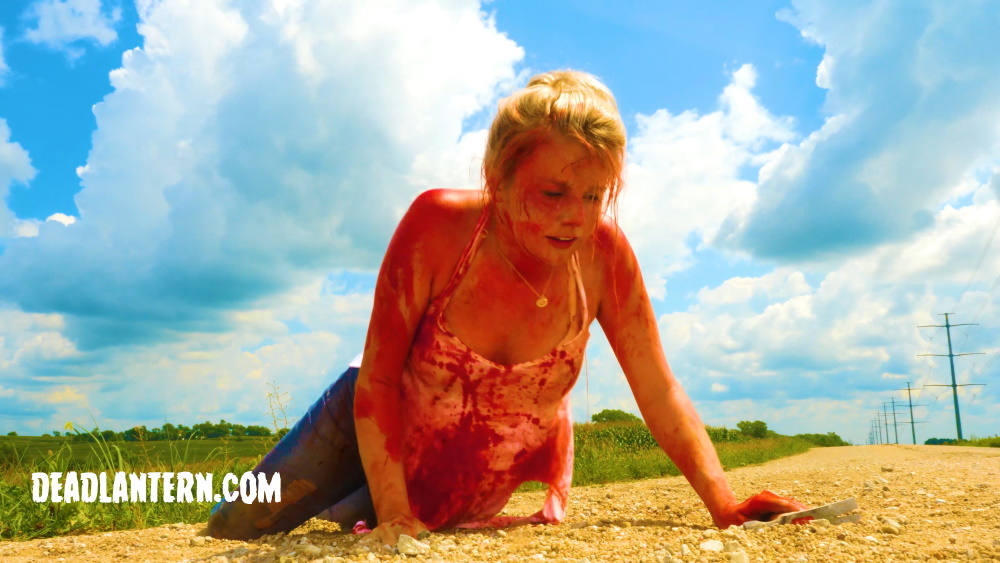 “The Ditch” shows that you can do a whole lot of horror with very little. This dark story revolves around three characters on a stretch of road in the middle of nowhere. I loved the colorization in this short. It gave it a bit of an uneasy feeling that matched events taking place on screen. There are some well done practical effects in here that reminded me a bit of the Evil Dead. 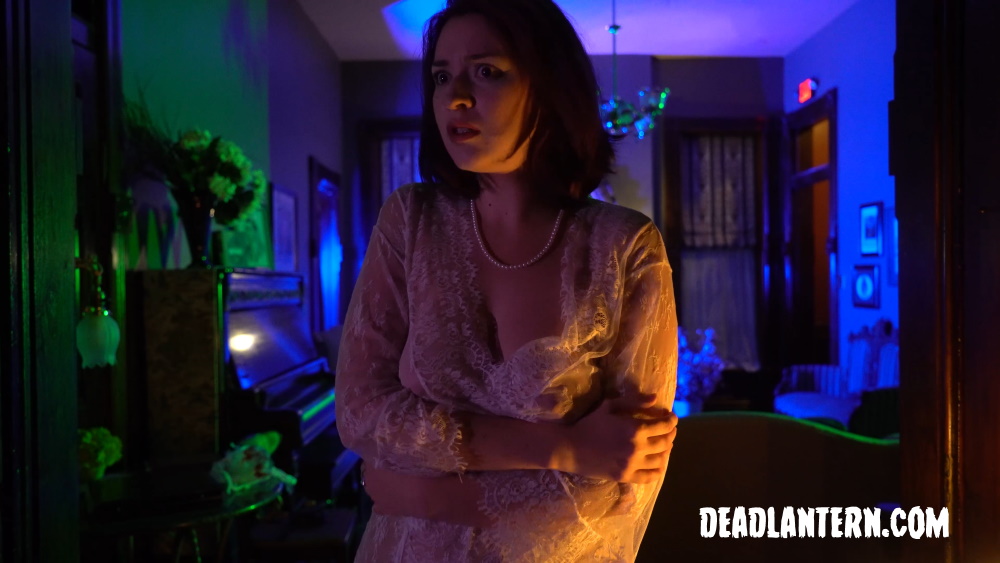 Then there is “Bed & Breakfast”, this story of a stranded woman who has to stay at an old bed and breakfast during a storm is one part nudie cutie, one part classic Italian horror, adding up to all kinds of fun. This segment has the most amount of nudity in it but it is fitting considering the type of short they were making. It’s more“forgot to put her robe on” rather than a sexual sort of way. Loved the make-up, and the lighting effects were effective. Simon Lovell’s butler felt ripped from a Hammer Horror film. 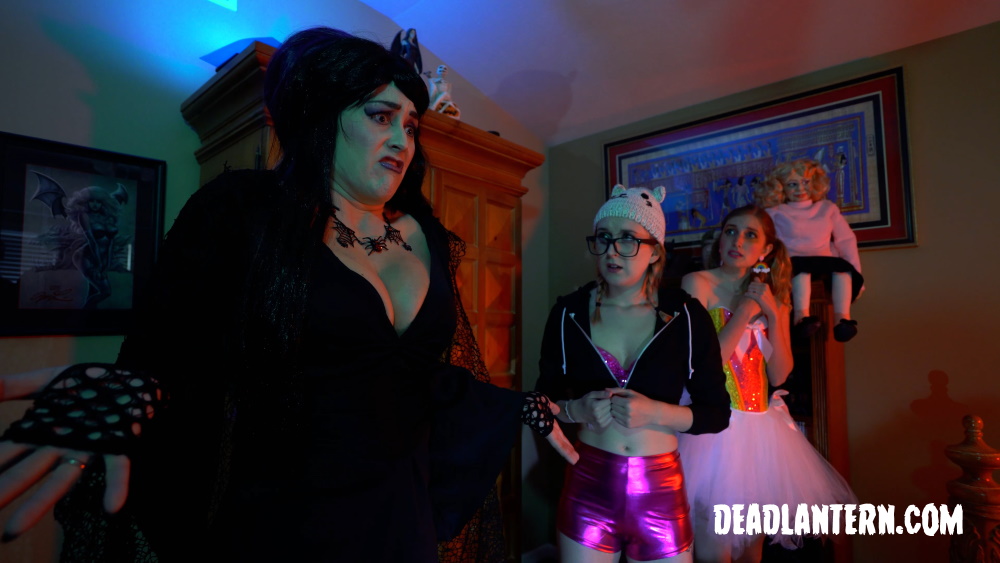 “Hysteria” is a murder mystery of a different kind. A burlesque troupe is called to a home for a private performance but when they arrive they find the place is dead…or is it?  The group of characters in the burlesque troupe are hilarious. The actresses play off each other well and this is definitely one of the lighter segments of the anthology, even with its creepy ending. 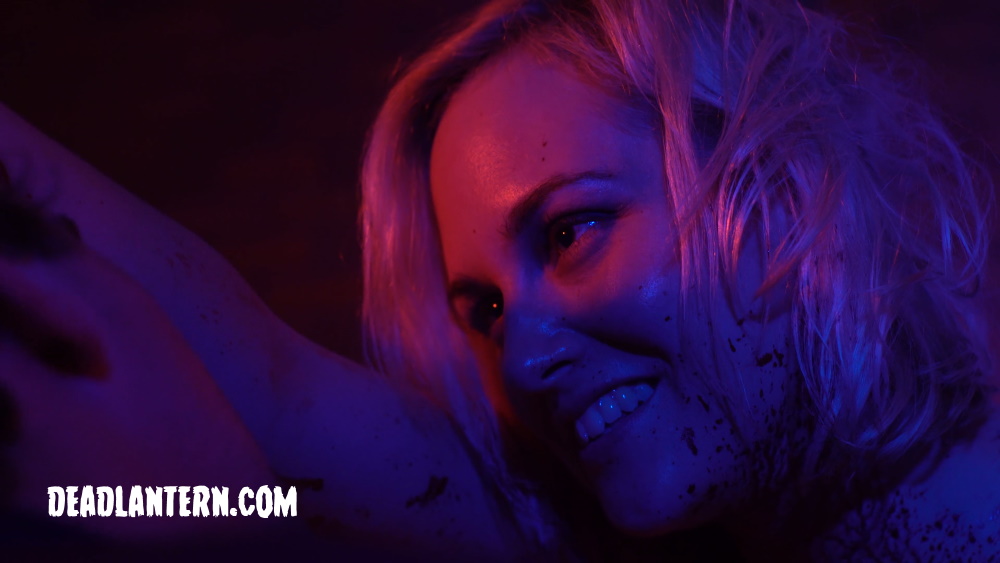 In “Blood Model” we see art students learning how to draw the female form. One of the students is a bit, well a lot more obsessive about the subject and the model than the other students. Soon some of the students begin to go missing but not all is as it seems. This story felt like it was in the same vein as a Hersel Gordon Lewis tale. I particularly enjoyed how it breaks expectations. The cinematography in the last half of the film was effective in giving this short a creepy punch at its climax. It is one of the more serious horror pieces. 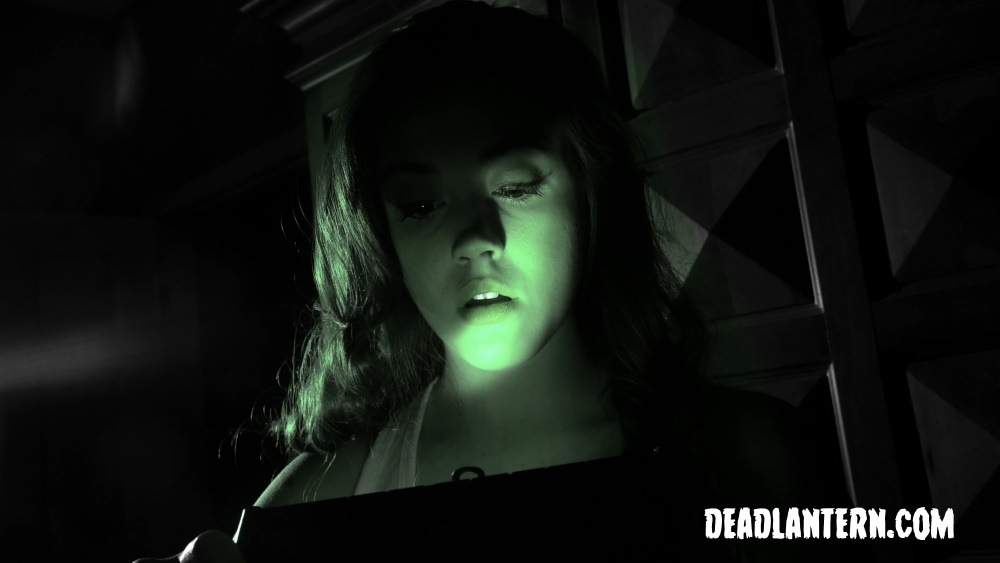 “The Whirlpool of Night” is a neo-noir film about a private investigator who is forced into a job to steal a powerful artifact from a mysterious woman. The first anthology had a black and white noir story so it is only fitting the sequel gets one too. I am not sure I have seen a noir film with an entirely female cast but it definitely gives a standard noir story an interesting spin. This one is fun but also played straighter than some of the earlier shorts. 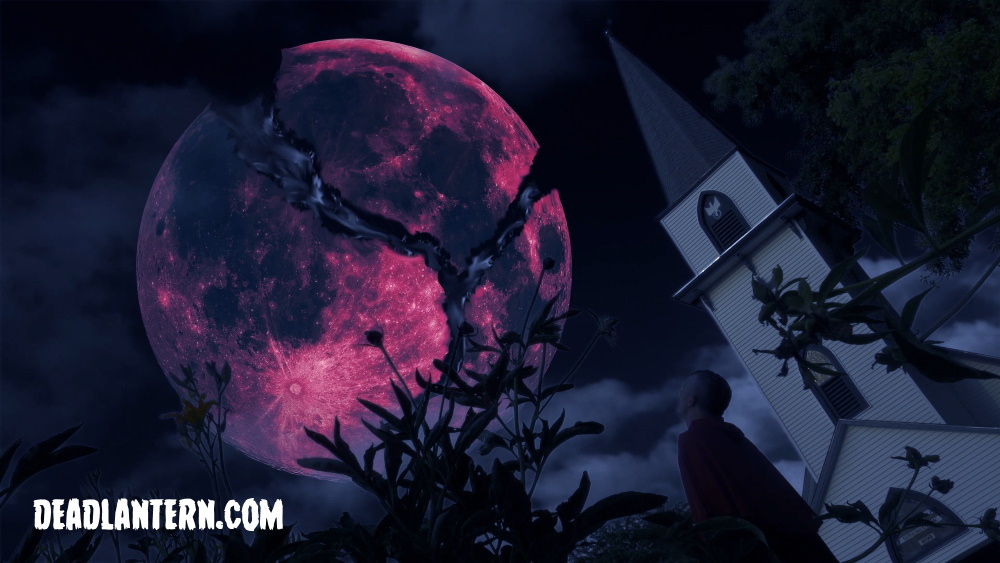 The last of the shorts is “The Calling of Things Beyond.“ This tale of a cursed play has the influence of H.P. Lovecraft all over it. From the production design to the mythos, everything feels like it would fit in the world of Lovecraft, sans tentacles. I really enjoyed the pacing of this one. It never rushes things but doesn’t slow to a crawl with extra exposition. It was a great dark way to close out the anthology.

The two wraparound stories come together in a hilarious resolution, though it felt a bit abrupt. Almost as if the filmmakers said to themselves, we gotta stop here or we will keep going. Much like I feel with this review. Chills Down Your Spine is a roller coaster ride of a good time that has everything I love about indie horror. It is worth rubbing the lamp.

Blurays and DVDs will be available later this year and Dead Lantern Pictures are currently asking for individuals to e-mail them at DeadLanternPictures@gmail.com to be put on the mailing list for when those are available. 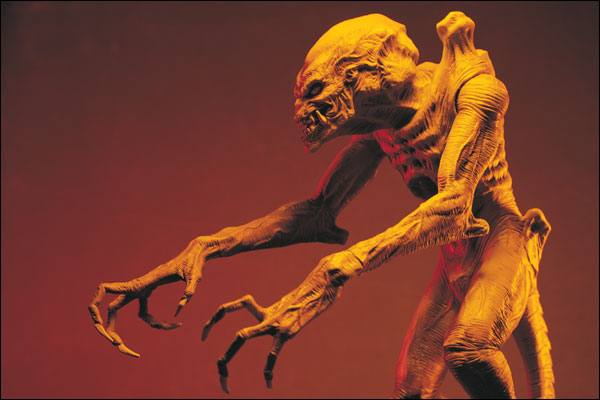 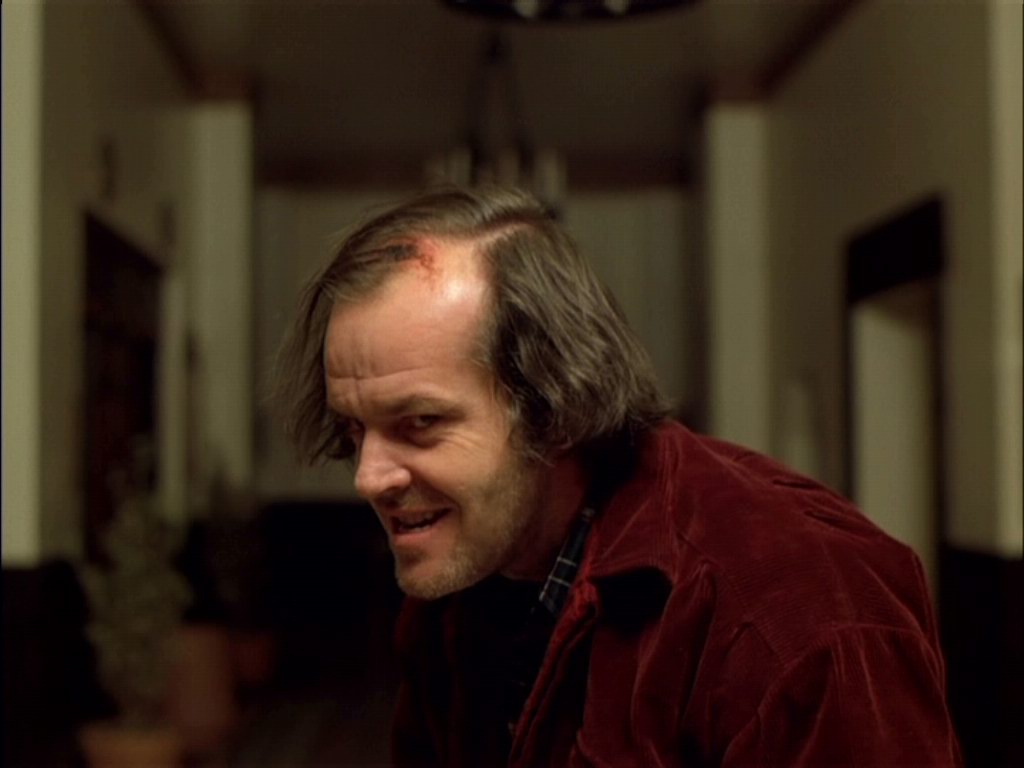 Mark "The Movieman" Krawczyk gets an early peek at a new independent horror anthology film that has a little bit for everyone. Find out if this second film in "Down Your Spine" series is worth rubbing the lamp for.
0
Average User Rating
0 votes
Please sign in to rate.
Cast:Anastasia August, Clint Beaver, Megan Shephard, Michell Blodgett
Director(s):Mathew Kister
Writer(s):Chuck Mittan, Lisa Kovanda, Mathew Kister, Tony Crumpton
Genre:anthology, Comedy, Horror
Studio(s):Dead Lantern Pictures