Netflix certainly pulled a big coup releasing The Cloverfield Paradox immediately following the Super Bowl, during which it’s trailer debuted. Then they proved my belief that anything worth getting excited about wouldn’t need to be a surprise. 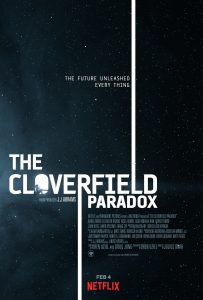 You see this all the time with secret screenings at film festivals. Everyone hopes it’s some big anticipated blockbuster (it never is) but then when it’s just some mid-level movie that needs publicity, they’re more excited because “it was a surprise.” Netflix has done the national equivalent of a secret screening. Franchise Fred would’ve been interested in the new Cloverfield anyway, but if it were really good, that would’ve superseded any mystery surrounding it. And yet they hyped the hell out of Bright. Go figure.

The Cloverfield Paradox is contained on a space station (except for a subplot on Earth) but it’s a damn big space station. Like at least as big as the Nostromo, so it’s a far bigger canvas than 10 Cloverfield Lane.

It’s as much about space station malfunctions as it is sci-if metaphysical theory. That’s exciting enough for a surprise home viewing, although it’s all stuff recycled from other space movies. Closing the hatch before a compartment is breached to the vacuum of space, you know. It happens more than once in Cloverfield Paradox.

Not all of the characters are clearly defined. Mundy (Chris O’Dowd) is the funny one, macabre when called for. That at least provides a sense of humor at some of the absurd things that happen later in the movie. The others are defined more by the language they speak or their jobs on the ship. Hamilton (Gugu Mbatha-Raw) is the most central just by virtue of being the star of the movie. They give her backstory, though a strikingly similar one to Sandra Bullock in Gravity. On the plus side, it’s the most diverse Cloverfield.

I was fine with The Cloverfield Paradox. I can watch a space station disaster movie with a good cast. Maybe I wouldn’t be so fine with it if I’d had to leave the house, and therein lies the big Netflix question. Are we giving mediocre movies a pass for convenience? Are we rewarding them for just not giving us any time to build up expectations that could be disappointed? 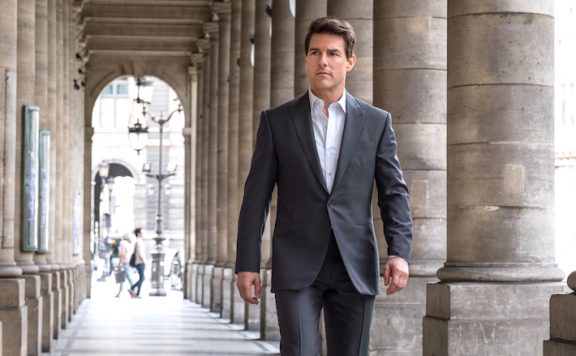