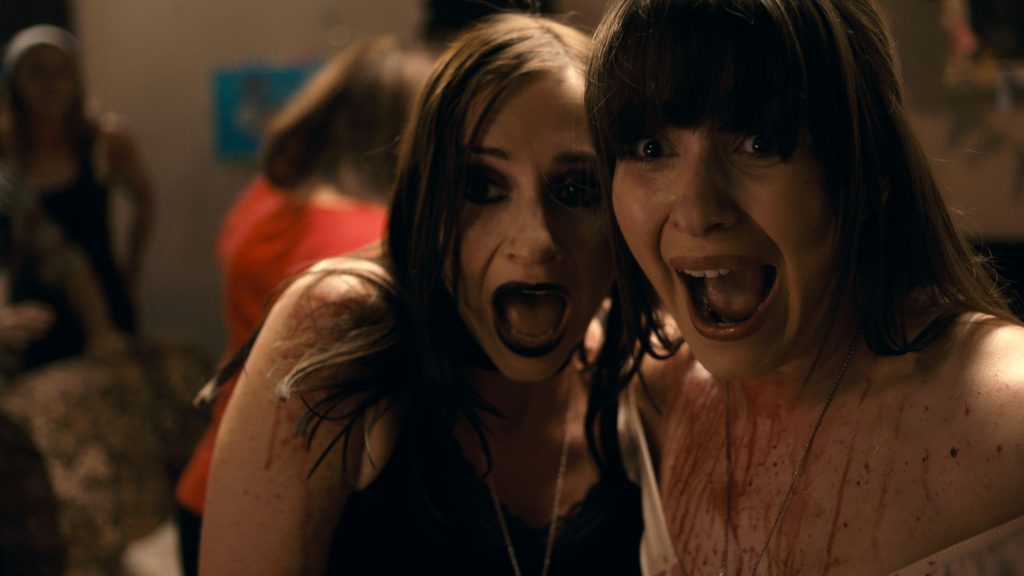 What is it about turning 18 in the horror genre? Whenever a character is celebrating their eighteenth birthday, something bad happens to them and their friends. That is one of the questions that popped into my head while watching Book of Monsters from Stewart Sparke. Book of Monsters takes place on Sophie’s eighteenth birthday. Her friends have decided to throw her one hell of a celebration. It doesn’t take long for the party to go terribly wrong as monsters show up and begin to eat the guests. Now it is up to Sophie and her friends to unravel the mystery behind these monsters and figure out how they can use an ancient book to send them back to hell. 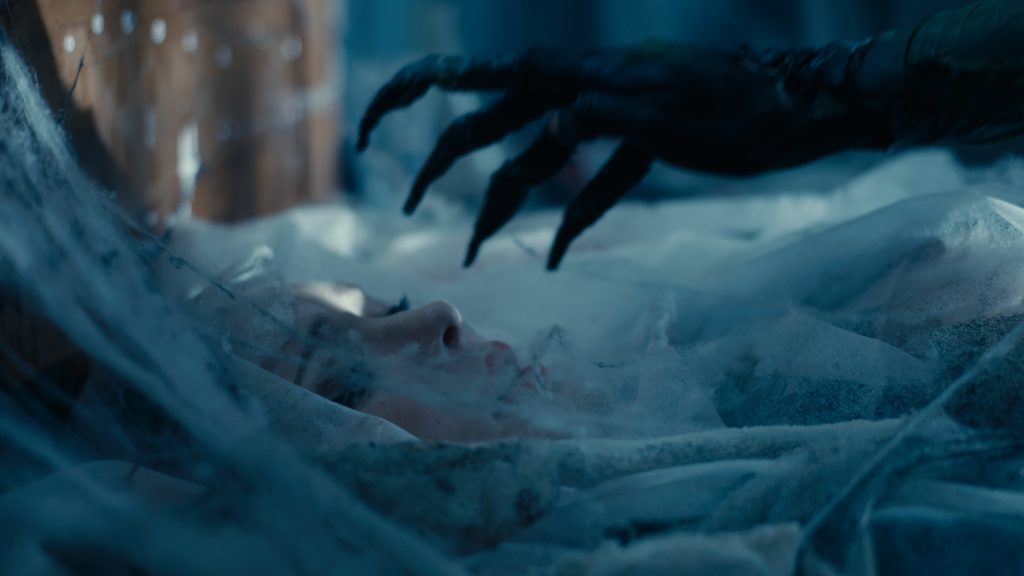 Book of Monsters is a balls-to-the-wall horror comedy that will have you smiling while you get covered in blood and entrails. I found the main character Sophie to be a very strong and sympathetic character thanks to the believable performance of Lyndsey Craine. Her character grows as her bloody birthday party gets worse. You buy into her increased bravery and general badassery. Michaela Longden’s Mona and Lizzie Stanton’s Beth also get a chance to shine and kick some major monster tail. The rest of the non-monster cast adds some great comic relief. 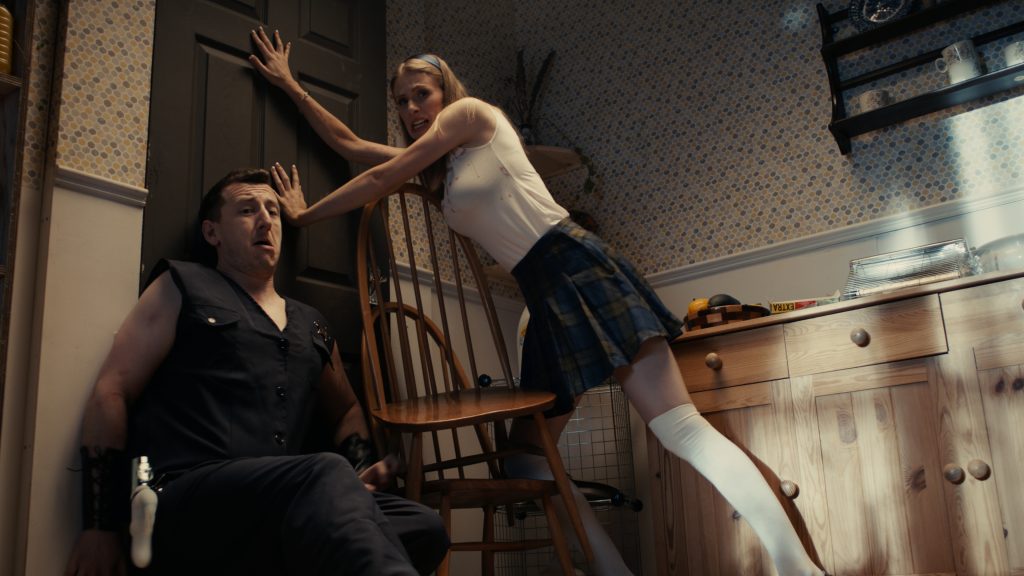 You will also find some great comedy in the death and dismemberment of the party goers. It sounds sick, I know, but Stewart Sparke gives the audience such over the top visuals that you can’t help but laugh. The quality and amount of practical effects were impressive. From exploding heads to slippery entrails to flying body parts, all looked better than many of the recent bigger budgeted horror films I have seen. While this is a horror comedy, I found the design of the monsters legitimately scary as hell. There is the brutish Grota with its deer skull face, the plague mask-wearing slasher, and the gnomes with teeth to name a few. These creatures felt original and had thought put into their designs. I loved the design of the book too. It could have easily felt like a necronomicon rip off. While there may be some similarities to the book of the dead in its look, this book still feels like a creepy first print. 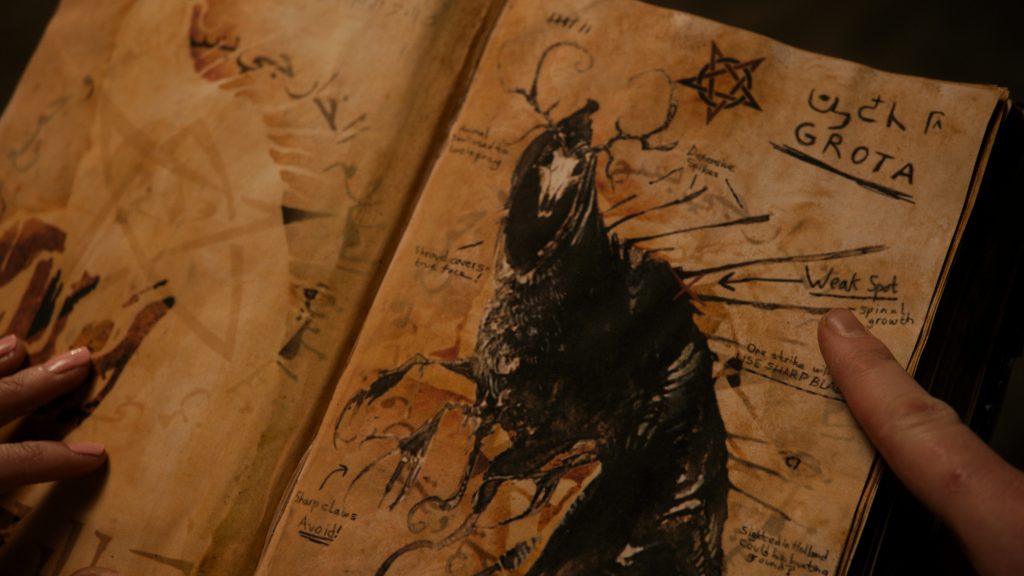 The film is evenly paced and does not lose its energy. The action scenes are well shot, and the stunt work makes some of the scenes seem brutal. A fight scene involving two of the female characters in Sophie’s bedroom was particularly vicious. The music from Dave S. Walker was very effective and help add to the intensity of the action scenes and the suspense of tension filled moments.

Book of Monsters feels like a cross between Evil Dead 2 and Monster Squad. The mixture of comedy and horror is perfectly blended and pours out a very entertaining film. The story had great twists, and it was fun watching the character unravel the mystery behind the appearance of the monsters. I think there is a lot to love and laugh at for the horror fan.

Book of Monsters is out now on V.O.D. and Blu-Ray