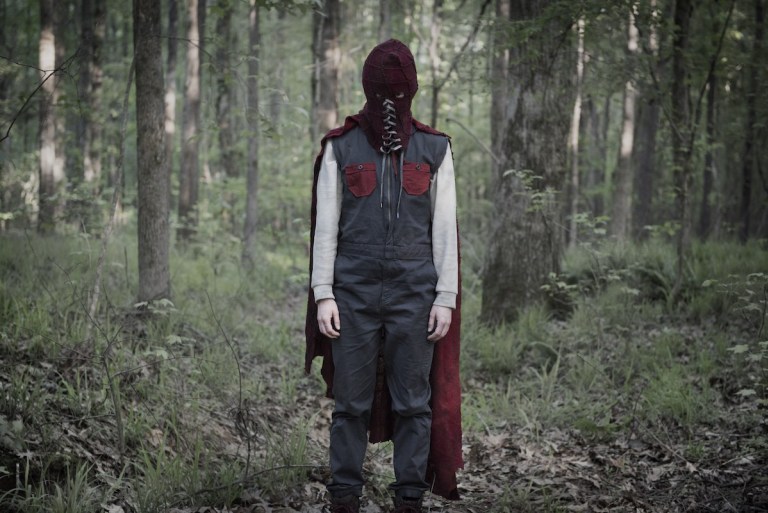 As Brightburn presents a twist to comic-book lore, the film effectively plays out like a full-blown horror film. It’s going to make you cringe, hide your eyes and jump (all in a good way).

The premise centers on the question: What if Superman came to Earth as a baby but became a psychopath rather than a superhero? We have seen this similar theme before – creepy kids with some kind of supernatural powers who wreak havoc – but the fact it takes from the Superman story directly makes it a little more intriguing.

We meet married couple Tori and Kyle Breyer (Elizabeth Banks and David Denman), who live on a farm outside a small town and who have been unsuccessfully trying to have a kid. One night, as they start to heat things up in the bedroom, they hear a terrible noise outside that shakes the house. They see from the window what looks like a crash of some kind in the nearby woods. Jump to a montage of them parenting a baby, then a toddler, then a kid – until we hit present time and meet the 12-year-old boy, Brandon (Jackson A. Dunn). He seems like a normal pre-teen, who still loves his mom, gets bullied a little in school and crushes on a girl.

Except he is far from normal, as we all know the story goes. Brandon starts experiencing weird sensations and hearing other voices (which seems to emanate from the farm’s barn out back), along with discovering he has superhuman strength, can shoot lasers from his eyes –and can, of course, fly. Now while Clark Kent sees these abilities as a way to do good in the world, Brandon sees it as a way to get what he wants, whenever he wants it and damn those who are (perceived) against him. Suffice to say, it’s not a good thing to mix puberty with powers when it comes to this kid, and soon things go horribly wrong.

Banks plays the beleaguered mom with agonizing heart. You understand her plight and motives in keeping her son safe but also experience her growing horror as she realizes what Brandon is becoming and what he is capable of. As a mom, you never ever want to think of your kid as being a bad seed. Denman’s Kyle, however, has been a little skeptical of this baby they find in an alien spaceship from the beginning, but the actor conveys the struggle between supporting his wife’s wishes, trying to give his son the benefit of doubt but also coming to grips that Brandon is definitely not going to be safe to go on hunting trips with anymore.

Then there’s Brandon, played nicely by newcomer Dunn. He portrays how quickly power corrupts – especially HIS kind of power — turning him into a sinister monster, all while maintaining an air of innocence. You can immediately see a correlation between Dunn as Brandon and say a young Patty McCormick as Rhoda in the 1956 film The Bad Seed (who is still hands down the best murderous child of them all).

The acting in Brightburn, however, isn’t what you’re seeing this movie for. The premise draws you in and then the horror grabs you by the throat. Under the expert guidance of producer James Gunn (whose brother Brian and cousin Mark wrote the screenplay), director David Yarovesky embraces the genre he clearly has passion for, while also tapping into that certain comic-book geekdom. As a kid, who wouldn’t love to have superpowers, flying around in a mask and cape? I mean, so long as you aren’t killing people, that is. Actually, Brandon’s tattered ski mask and cape are one of the creepier aspects to the look and feel of Brightburn. Seeing him suddenly standing there, in the dark, staring at you in the get-up is, well, jarring. And make no mistake — this is not a film for the faint of heart. There are some pretty hardcore gory scenes in the film that may not have been necessary (are they ever, honestly?) but are pretty effective in driving home the point this kid is a psycho.

Overall, Brightburn doesn’t stand out as a completely unique horror – or even a supervillain — film. There are many tropes and familiar themes, but the film is still crafted in a wholly gripping way and you’ll walk away entertained. 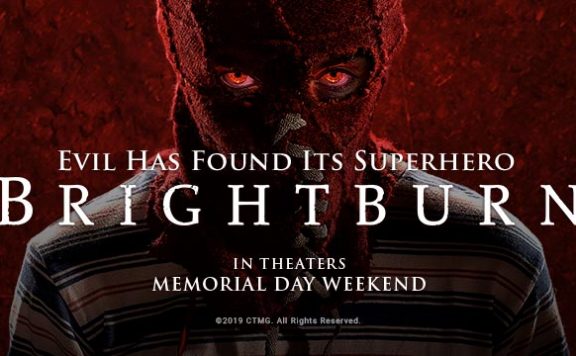