Daniel Radcliffe has surprised me with the types of roles he has chosen post Harry Potter. Whether being a corpse or a guy with guns fused to his hands, it always feels like he is challenging himself as an actor as well as trying to distance himself from the role of “the boy who lived”. He continues this trend with his role as Tim Jenkin in Escape from Pretoria.

Escape from Pretoria is based on the real-life prison break of politcal prisoners Tim Jenkin and Stephen Lee in South Africa during the apartheid. The movie depicts how these two, with the help of their fellow inmates, play the long game in planning their escape from the infamous “Robben Island”. Along the way they ruffle the feathers of a political prisoner legend who thinks planning an escape is a waste of time. Jenkin and Lee set out to prove him wrong.

Director Francis Annan’s approach to this subject was refreshing. At its core, the story is a basic jail break film filled with many high tension heros-almost-get-caught moments. Weaving in and out of the story is social commentary about rampant racism, hope, and complacency. The film starts out introducing our two main characters and we don’t leave their side. You see things through their eyes and feel their anger as they witness the horrible way minorities are treated. You also feel their hearts ache as they continue to face setbacks. Many of these emotions are due to the excellent acting of Daniel Radcliffe, Daniel Webber, and Ian Hart. 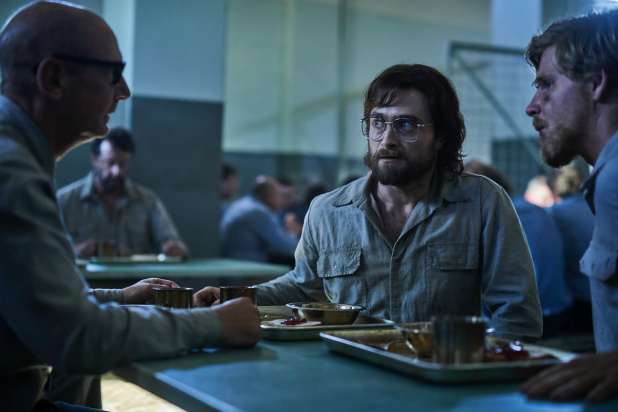 You will find yourself immediately rooting for Tim Jenkin, played by Radcliffe with the right balance of smarts, heart, and determination. There is a touching scene between Tim and his wife Daphne, played by Ratidzo Mambo, that I loved. It felt very real and the scene helped you understand what was at stake for Jenkin. Daniel Webber plays Jenkin’s partner in “crime” Stephen Lee. I loved his chemistry with Radcliffe. Stephen’s belief in his friend, along with the optimism that they would escape, felt genuine. Throughout the film he has Jenkin’s back and is also a true motivator for Jenkin whenever there was a hiccup or hint of failure. I found myself really rooting for them both. Ian Hart’s Denis Goldberg was just the character you needed to be a counterpoint to Jenkin and Lee. This was a character you felt very sympathetic towards. Hart helps you understand Goldberg’s reasoning not to join in the idea of escape, he felt a different path was needed. The argument to stay versus escape is a strong one thanks to the performance of Hart. 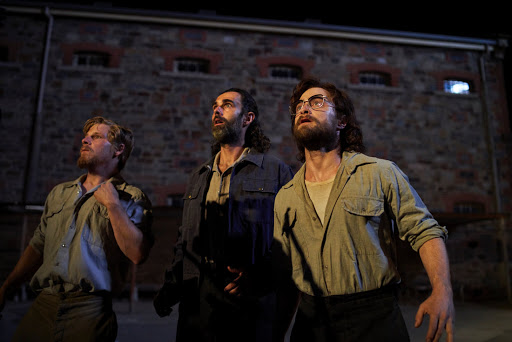 Escape from Pretoria not only presents a window into a tumultuous time in South Africa but also gives us an edge of your seat film that dances the fine line between becoming too heavy and being too lighthearted. It maintains just the right tone to keep you entertained while also historically informed. If you are looking for a film with a talented cast, solid story, and sharp direction to watch during your quarantine, I would recommend Escape from Pretoria.

Review: “Escape From Pretoria” – An Entertaining Look at a Historic Prison Break