There’s a reason that, at his best, Adam Sandler can be an incredibly compelling on-screen presence. He knows how to play pathetic, and still have you root for him. Whatever minor evolution there is for his more notable characters, whether in the “Happy Madison” comedies or his more serious efforts, the audience wants this schmuck to succeed. Uncut Gems plays hard into the desperation Sandler can bring to a role, with directors Josh and Benny Safdie crafting a story dedicated to pushing their lead character into a high-wire balancing act designed to destroy your senses raise stress levels. Rarely have I been further on the edge of my seat watching a film like this unfold, and at the center is the Sandman, dominating the film with plenty of help around him.

Sandler stars as Howard Ratner, a New York jewelry store owner and compulsive gambler. He owes people all over town, including the dangerous ones at the end of their rope. Howard is quite the schemer. He’s spending Passover weekend (side note: this is now the best Passover movie) getting a colorful and rare Ethiopian gem ready for a massive sale while rubbing elbows with potential high-class buyers such as NBA star Kevin Garnett and The Weekend. At the same time, he’s balancing his home life, which includes a soon-to-be ex-wife (Idina Menzel), his kids, and his employee/mistress (Julia Fox). To say the time spent with Howard is tumultuous would be an understatement.

Co-writer Ronald Bronstein has been with the Safdie’s since their underground beginnings and has served as co-editor on each of their films as well. It’s worth noting, as this is a 134-minute feature that has to be digestible for an audience, while never letting up on the pressure. There is a constant tension based on Howard’s actions, which can be a tricky line to walk as far as sticking with this guy, as well as being thrilled for the times when something comes through for him, only to have it taken away for various reasons in the very next scene.

As mentioned, Sandler knows how to play pitiful figures, and what a role this is. It’s not just that Howard is down on his luck, he’s a self-destructive maniac with the most high-strung New York attitude you could ask for. The guy is irritating to just about everyone in his life and never knows when to shut up. And yet, you need him to win. Uncut Gems knows how to put success on display. We see the ecstasy on Howard’s face when he’s at his happiest; winning. Daniel Lopatin’s electronic and synth-infused score does all it can to find the majesty of what good potential there is for Howard, even when things are seen at their grimiest.

There’s also the plethora of people Howard must continuously contend with. The women in his life show the reasons they can see something of a fondness for Howard, we just happen to be seeing them at different stages. While Menzel’s character is far past tolerating him, Fox can’t help but see a funny guy who likes to connect with people. Lakeith Stanfield shines once again as Demany, a hustler with connections in high places. He’s also up for accepting Howard as he is but knows how to put him in his place. Garnett is impressively good as one of the sources fueling the darkly comedic edge coursing through this film. He finds himself obsessed with the gem in Howard’s possession, which becomes a significant factor in both of their lives.

Family does matter as well. In addition to his wife and kids, Howard gets to deal with Eric Bogosian and Judd Hirsch as relatives joining him for Passover seder dinner, as well as factoring into his life as a foolish gambler on opposite ends of the spectrum. They, too, add to the humor as well as the menace presented in a film functioning as a punishing odyssey. Moreover, the effort and experience they bring to their roles only spurs on Sandler to continue delivering as well as he does. 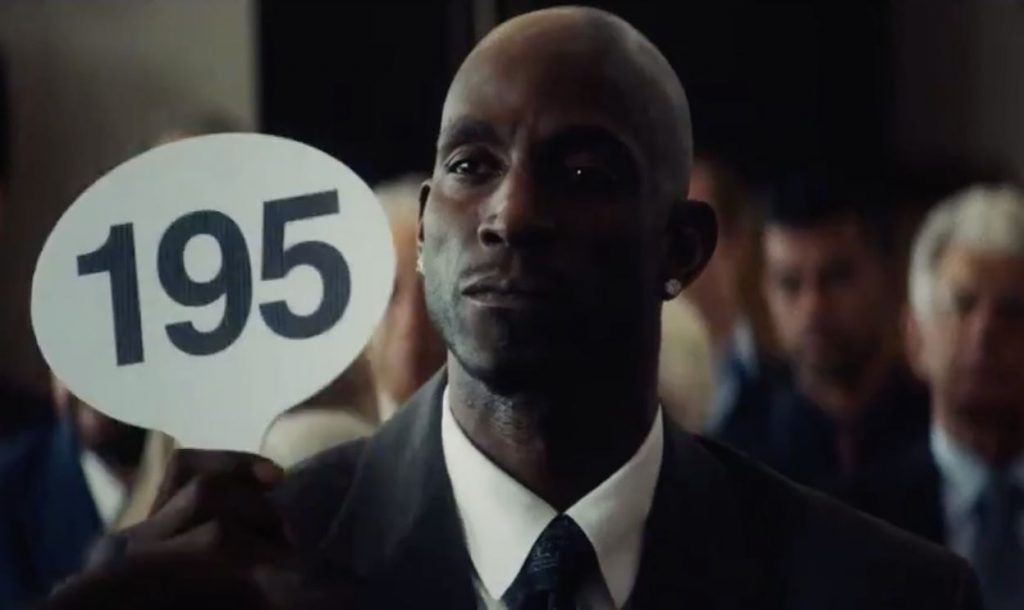 Playing into being someone as exhausting and exasperating as he is magnetic, means having a production that knows how to move with it all. Yves Belanger’s cinematography pulls this off, showing the walls subtly closing around Howard. We watch him try to talk and move his way out of confined spaces, whether it’s in his security-assisted jewelry shop, the closet of an apartment, or the trunk of his car. Seeing various cuts to new locations, with the occasional break in the form of focusing on the colors of that precious gem, we are constantly treated to the visually wondrous look of a city Howard dares to destroy him.

I was caught off-guard by the Safdie Brother’s Good Time back in 2017. The exciting, live-wire work from Robert Pattinson was a real jolt. Apparently, I still wasn’t prepared for Uncut Gems. The work from all involved led to an exhilarating film that had me wanting to reach into the screen and shake Sandler away from all his bad decisions. At the same time, covering my eyes, while still peeking through my fingers would have been the best method to see so many insane scenarios play out in an intensely paced package that’s as much a rollercoaster ride as it is exceptional cinema. Given how Martin Scorsese serves as an executive producer, that only makes it all the more fitting. Whatever the case, being pathetic has never been this captivating. 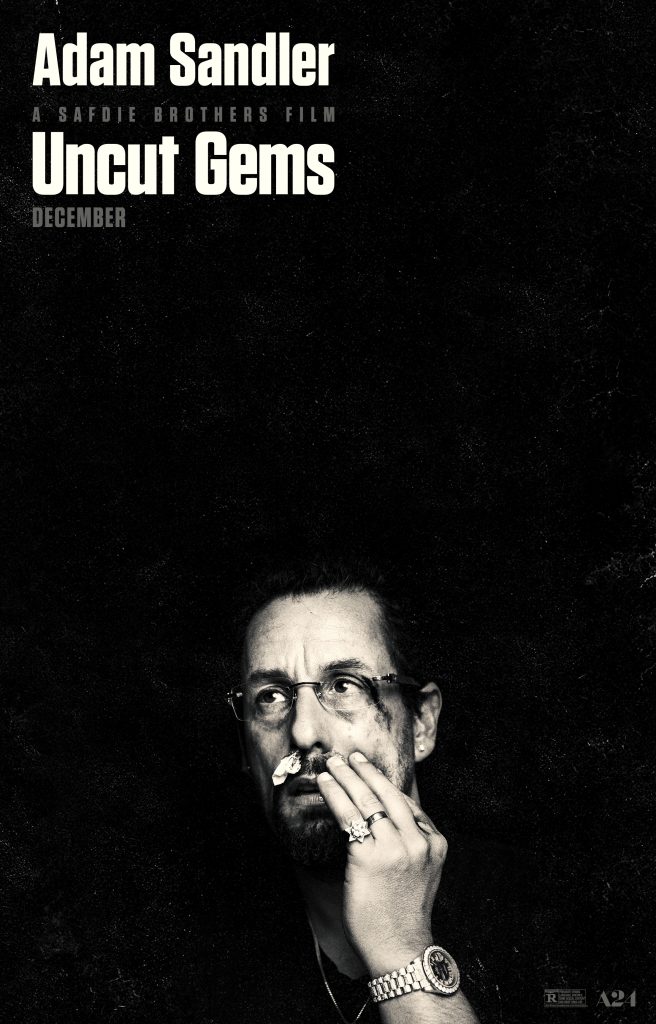