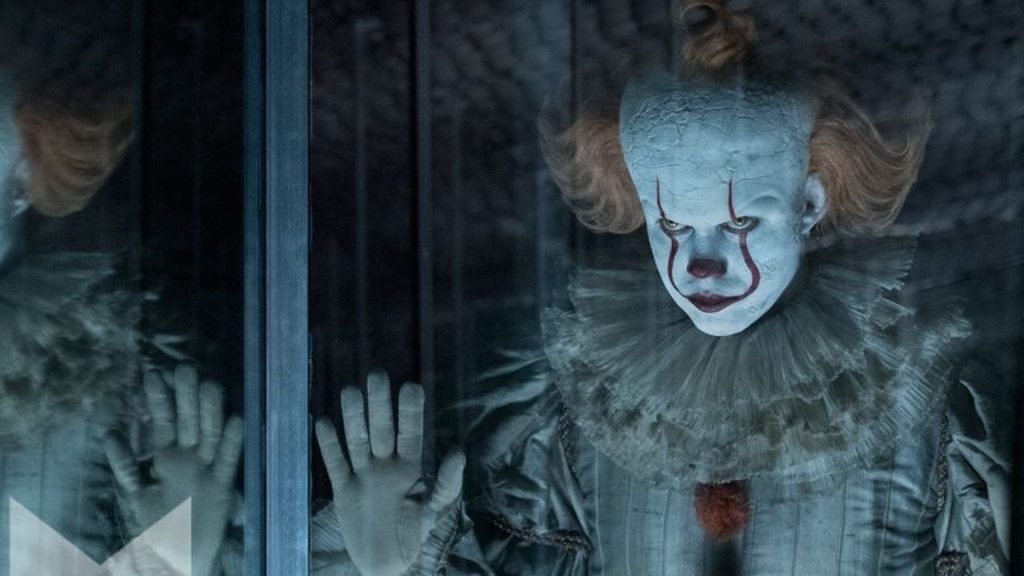 The incredibly favorable response to 2017’s It didn’t extend to me. While I appreciated certain elements, and don’t fault anyone for latching onto it, the film felt more like a jump scare machine, with a coat of 80s nostalgia thrown on top, rather than an unnerving horror experience. Now I have seen It: Chapter 2, which has managed to double down on many of the things I didn’t like the first time around, adding new reasons to be less favorable towards this bloated series in the process. I guess Stephen King’s scary clown epic just wasn’t meant for me.

It: Chapter 2 picks up twenty-seven years after the Losers’ Club defeated Pennywise (Bill Skarsgard). If there’s any concern over trying to remember what was going on with these kids, do not fret, as the film uses the middle hour of its 169-minute runtime to jump into flashbacks serving as a recap. If anything, this highlights one of my main issues from the first movie.

As much as I felt the casting of the kids was strong when watching them hang out together, individually, most of them had either too little to do or not enough going on to distinguish them beyond some one-dimensional traits. It: Chapter 2 doesn’t quite run into this problem, though my lack of regard for an important character indeed held me back from embracing their cause on a more emotional level, let alone some other narrative choices. 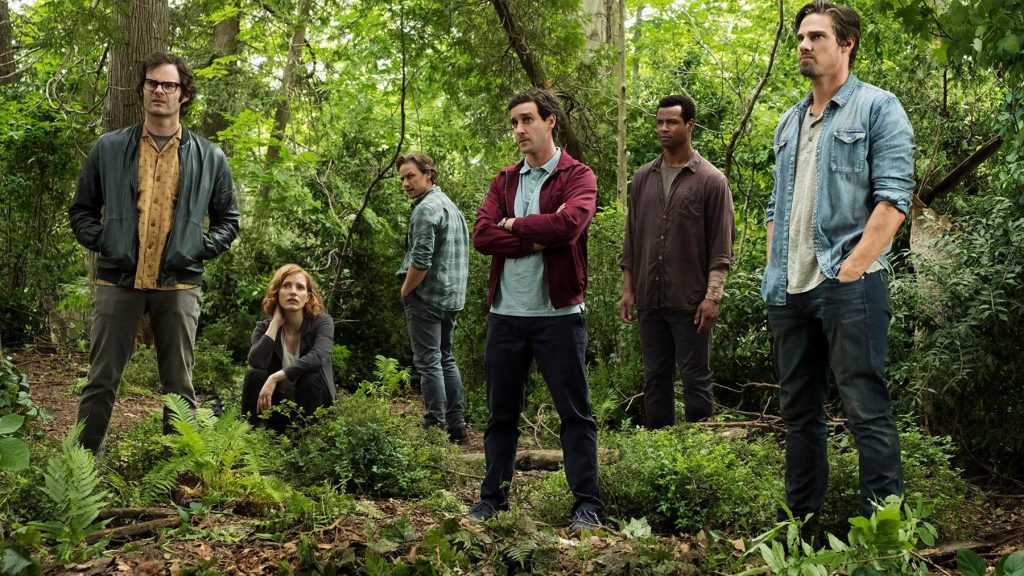 For what it’s worth, Bill Hader’s Richie is the clear standout. The bespectacled motormouth is designed to be a fan-favorite just by nature of being consistently funny. However, I’d argue for all the good Hader gets out of being hilarious, it undermines so much of the potential horror and dread that could be taking place.

The story revolves around Richie, along with Bill (James McAvoy), Beverly (Jessica Chastain), Ben (Jay Ryan), Eddie (James Ransone), and Stanley (Andy Bean) all getting a call from Mike (Isaiah Mustafa) to head back their hometown of Derry, Maine. This Losers’ Club made an oath to come back if it appeared Pennywise returned, and sure enough, kids are getting eaten once again.

If the first film was meant to play into the nature of taking away innocence, let alone other coming-of-age themes, using a horror concept as its framework, It: Chapter 2 should be able to say something about the struggles of past abuse, how buried memories leave their own kinds of scars, and other areas fit for horror. I’d imagine King’s novel has plenty of time to delve into the psyches of these characters more, but even with a near 3-hour runtime, this film feels like it’s in a constant rush to push through character work. 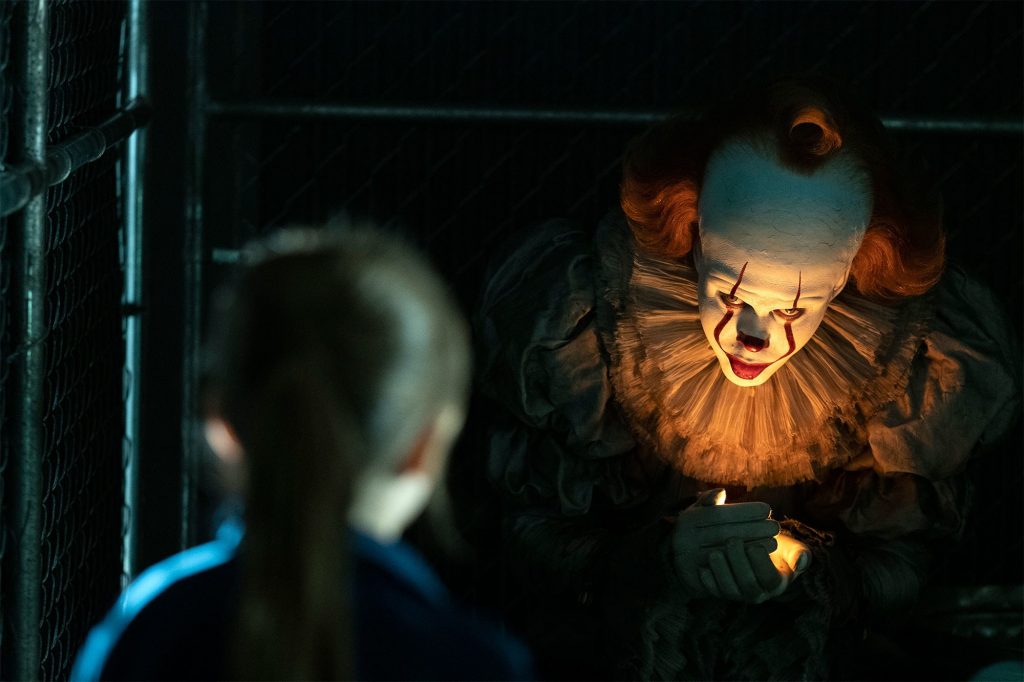 I see this as a significant issue. There’s the inherent terror that should not only come with the image of Pennywise but how It can tap into their minds and bring out other kinds of horrific imagery. Instead, there is very little sense of patience in this movie. Once again, the opening minutes do the best job of striking a proper tone fitting of the material’s potential, before diving into a predictable jack-in-the-box horror show, where things jump out when you expect them too, before resetting the trap, waiting for it to spring out again.

Not helping matters is the level of humor present. I mentioned Richie’s constant joking, which is not a problem in itself but helps underline the devotion to taking every opportunity to linger on the horror, and instead add a one-liner, or a music cue, or some comedic editing to push the audience away from feeling scared. I’m not sure why these choices felt necessary, but for a very drawn out horror film, I never thought I was being set up to feel fearful of what may happen next.

This wouldn’t be too much of an issue if I could at least enjoy the film as a character study. There are multiple characters to keep track of; all who suffered in the past, rediscovering lost memories of fighting a shape-shifting monster as well. That’s interesting psychological territory to dig into. Alas, Gary Dauberman’s script is not very good in this regard. The actors do what they can to bring some nuance to their performances, but scenes are almost entirely about forwarding the plot or getting in some quips. 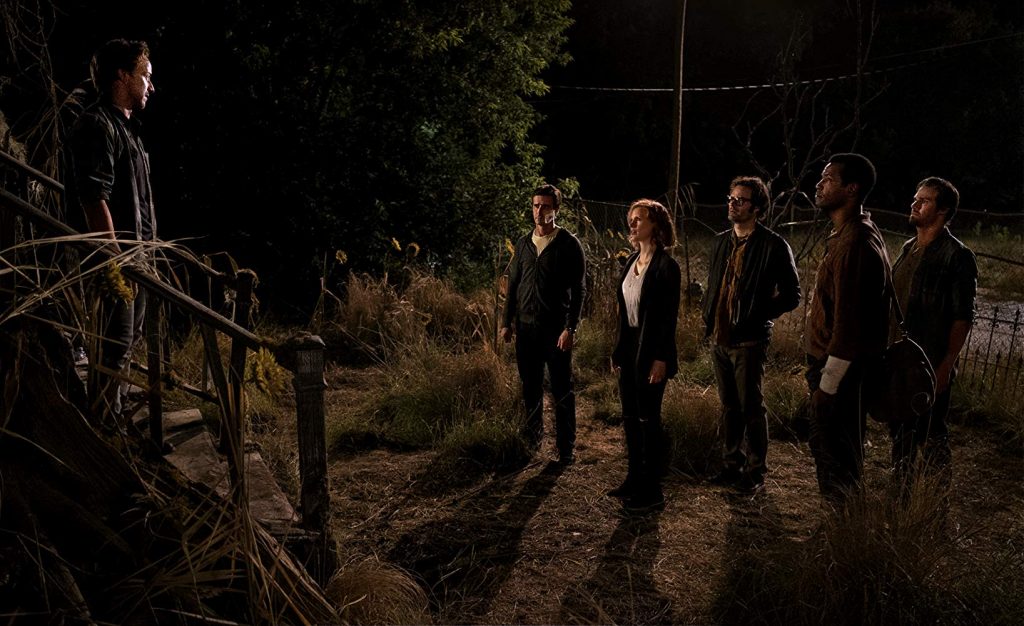 When the movie is not focused on exposition and talking over what the next step in trying to stop Pennywise, there’s a reliance on rehashing what was already learned about these characters the first time around. The film has the added benefit of using the young actors in flashbacks (humorously dressed to look like they haven’t gone through growth spurts in the last two years), giving the audience more of that 80s nostalgia, along with scenes that ideally feel more frightening because they involve children, but it’s also just a way of stalling.

There are areas where the film shines. Director Andy Muschietti has a bigger budget to work with, and he uses it to show off some weirder creature stuff, and elaborate sets. While the film feels like a narrative mess, I could argue its more confident in its direction. Perhaps that’s a conflicting way to look at things, but there’s something about It: Chapter 2’s scale that’s appealing, even if the film is only a couple steps above the quality of Stephen King’s Dreamcatcher.

Skarsgard also gets a lot more of the spotlight, and between the actor and the visual effects work, there are some creative choices made in presenting It. I wish there were more to say about the other actors. Along with Hader, I actually felt Ransone was given some fun stuff to do here. Meanwhile, McAvoy and Chastain may stick out, but that feels more like a product of them being the biggest stars in the film, rather than adding much from a performance standpoint (I’m sorry, but Bill is a real dud). Similarly, Mustafa may have more to do than his young counterpart did in It, but he’s mostly an exposition machine. 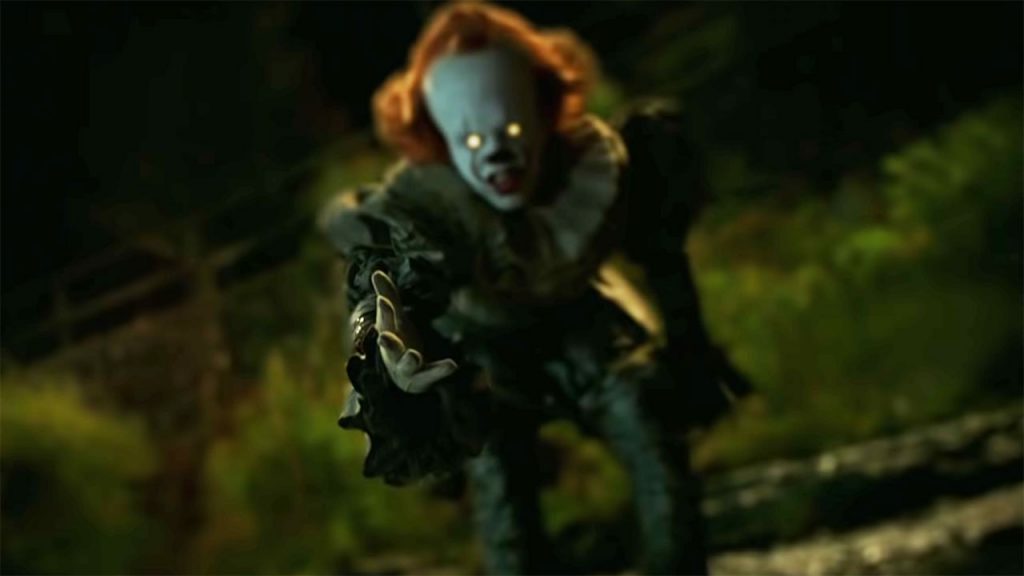 Through all of this, I at least hoped to see how this battle against evil would impact the world around these characters. Somehow, even this aspect wasn’t delivered on. It seems as though the town of Derry should have its own unpleasant atmosphere (or at least more concern for all the dead kids), but the place never registers as more than just streets and sets on a studio backlot. And at the same time, any chance to see these characters as moral heroes is undone by having their lives on the line. It’s not just that the Losers came back to hopefully save the residents of Derry, as the film instead makes it a do or die scenario for them.

For a well-produced, mainstream horror feature, it’s frustrating not to find a way to get on board with all that is here. I’m all for a trans-dimensional monster clown folding reality around a group of hapless people. Watching a film go dark enough to have an audience witness multiple children being eaten is something not delivered enough in horror blockbusters. However, for every exciting choice, It: Chapter 2 not only makes several poor ones, but it also plays up those choices as if they were badges of honor.

With a lack of chills, a story speeding through more interesting possibilities, even with it’s lengthy runtime, and not many standouts as far as our heroes are concerned, It: Chapter 2 had me floating away with the feeling I’ve spent five hours with this series, with no real thoughts other than seeing a missed opportunity. 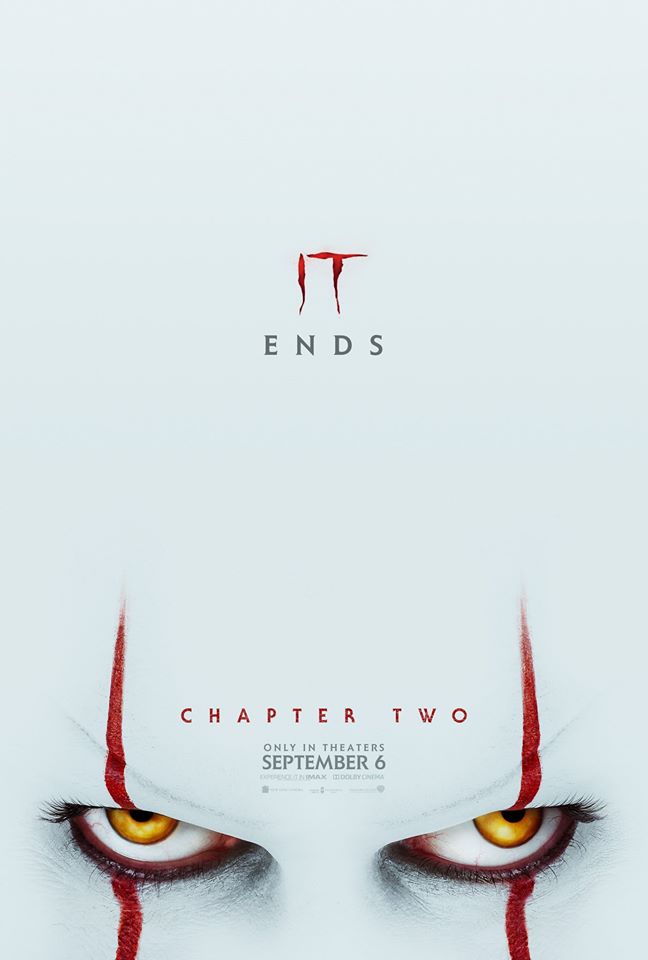 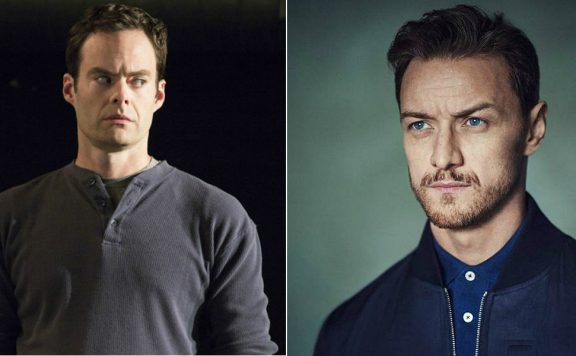 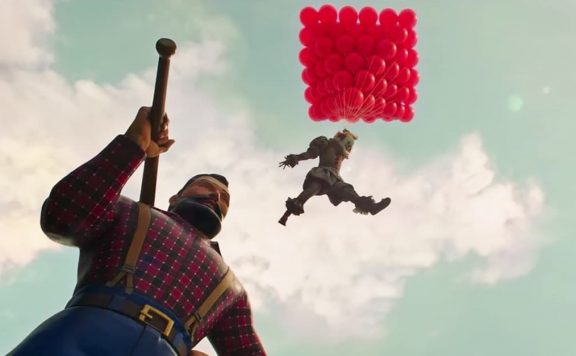