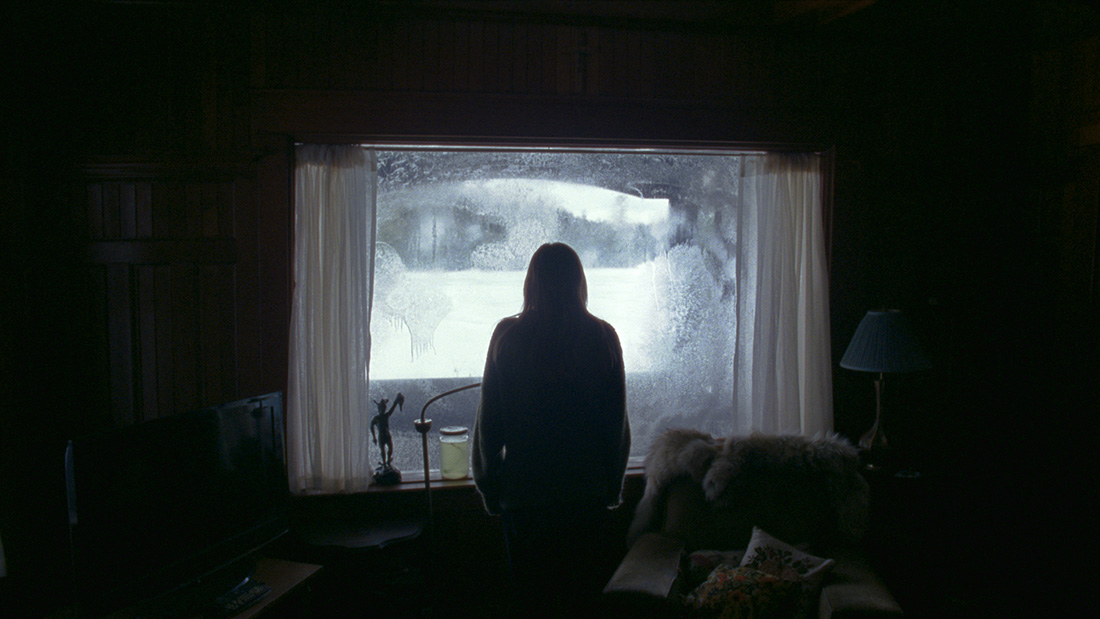 I don’t much care for snow, but if the opportunity to spend the weekend in an isolated cabin in the woods, during winter, became an option, I would go for it. I’m not sure why. Plenty of films have made me well aware of just how horrific a situation that could become. The Lodge is no different. A viewer knows this going in. If they don’t, the slow reveal of the title in a creepy font, displayed on the side of the screen during an all-to-quiet moment alone with one character, makes it clear there are difficult times ahead. But how much does that difficulty translate into effective horror storytelling?

Aidan (Jaeden Martell) and Mia (Lia McHugh) are having a rough go of it. This brother and sister duo are dealing with their mom (Alicia Silverstone) being suddenly taken out of the picture, while their father, Richard (Richard Armitage), wants them to adjust to his new, younger girlfriend Grace (Riley Keough), whom he intends to marry. Richard has what he thinks is a great idea – they’ll all go to their family cabin to spend Christmas together and ideally get to know each other better. Things take a turn when Richard is called away to deal with issues at work, leaving Grace and the kids to forge a stronger relationship with each other. What could go wrong?

There’s a haunted stillness to the titular lodge our main characters are shacked up in. Adorned with various religious objects, and shot in a manner to make every room feel stretched out, yet suffocating, the structure is loaded with ominous tension from the outset. Even the build-up to our arrival at said location is aided by establishing shots from inside a model version of the cabin, complete with non-descript figures representing the family members. While this concept felt like too much of a reminder of Hereditary’s use of a similar conceit, the repeated effect helped The Lodge maintain its level of dread. 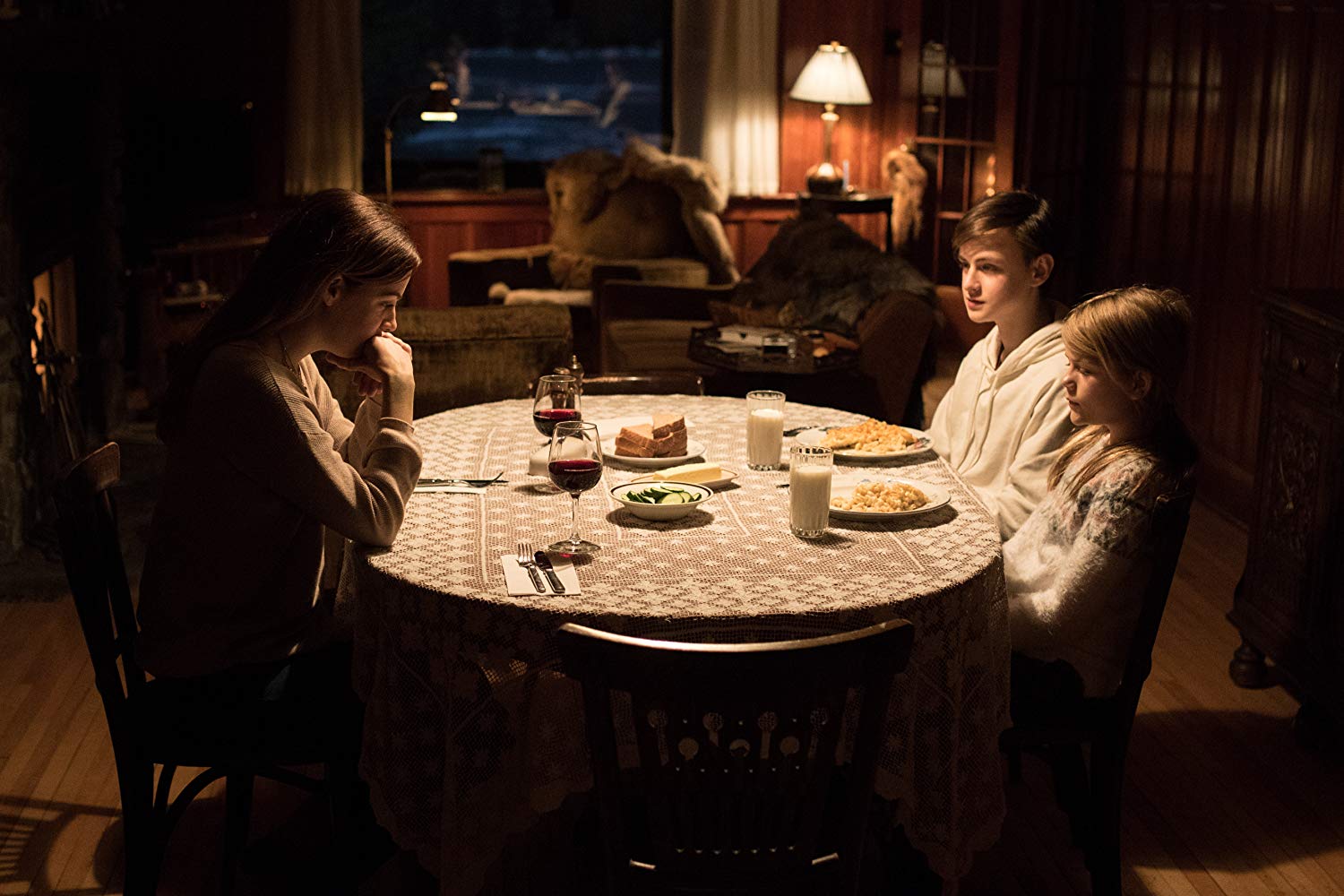 It’s a shame the film ultimately has little else to offer beyond its slow-burn eeriness and psychological chills. Co-writers/directors Veronika Franz and Severin Fiala (Goodnight Mommy) work hard to establish an awkward dynamic between the children and Grace, ideally allowing the film to function as both a horror film and a domestic drama. However, The Lodge never quite finds a way to balance the two successfully. Instead, there’s an often-stilted feel to the interactions between the characters. It’s partially by design, but also does little to aid these people when the supposed terror begins.

As a horror film, The Lodge asks the viewer to believe in a lot in or to go along for the ride being presented, which finds the characters in a sort of peril no one can quite understand in the moment. Sadly, in addition to feeling a bit too tipped off by specific actions, it is that reliance on limited dialogue interactions that continue holding the film back from being more engaging, despite the desperate nature of the scenario this film eventually finds these characters stuck in.

The Lodge does attempt to delve into the psyche of Grace, who we learn early on is the survivor of a suicide cult. It’s the sort detail that is meant to have obvious repercussions as the film develops more of its story, though it also means buying into the idea that a father of two would willingly leave his young children behind with someone they don’t know, who a dark past. Yes, I understand the way life throws wild curveballs, the notion of suspending disbelief, and the greater purpose of analyzing a character in a heightened scenario. Still, this only really adds up effectively if I was enthralled by the journey being taken via the character. 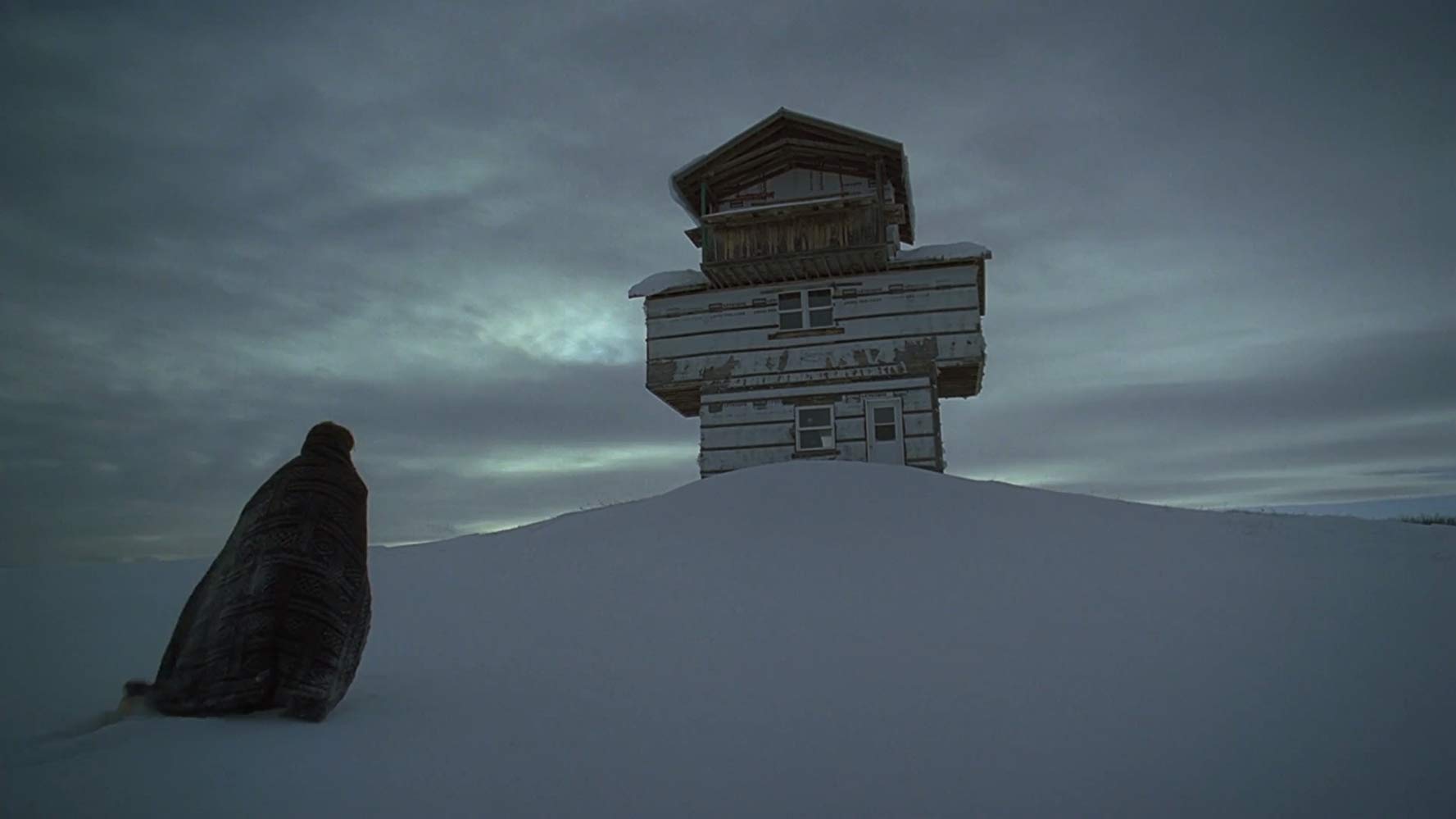 Unfortunately, while not for lack of trying on the part of Riley Keough, the ultra-gloominess, and continued to push into darker and darker territory felt off-putting at least, near exploitative at worst. I can handle a horror film that wants to provoke the audience, but it can only go so far when the events begin to feel repetitive, without offering any more substantive work outside of seeing corners of the house shot from a different angle.

From a production standpoint, it’s not as though the constant threat of whatever is affecting these characters didn’t come through appropriately. Cinematographer Thimios Bakatakis, a frequent collaborator with another provocative director, Yorgos Lanthimos, does his job to emphasize the cold, snowy setting rightfully, and the constant duress Grace and the others find themselves under, as everything continues to get worse. The score by Danny Bensi and Saunder Jurriaans, along with the music choices, are fittingly off-putting as well. 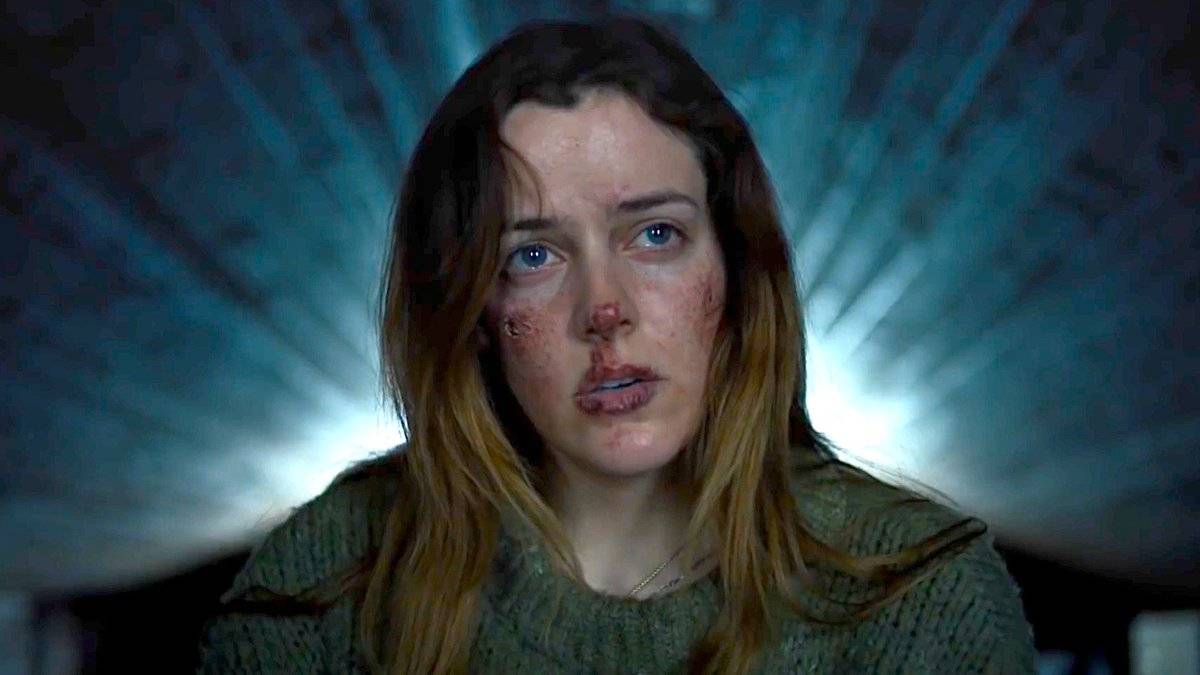 Honestly, it is irritating to have so much praise those responsible for making an unnerving film, despite overall opinions. The Lodge may not be outwardly scary, but it does want to have a brutal effect on the audiences’ collective psyches. If my problems were more centered on my frustrations with the character actions taking place in the film, it would be easier to reward the film for engaging me on that level as a viewer. Alas, I find myself far more aggravated by the meandering nature of the story, which does not do justice to the assured filmmaking as far as creating a solid mood piece.

While I’m generally excited to champion whatever arthouse horror film that made an impact at various film festivals, The Lodge was a bit too cold for my liking. Keough does what she can with a part designed to feel multi-layered while attending to bratty kids. The production design and atmosphere find the right ways to draw a viewer in. There’s even some interesting shading involving family and retribution. I only wish it added up to more, beyond driving the mood into a downward spiral of despair, following a fairly aimless path. So sign me up for a cabin, just not The Lodge. 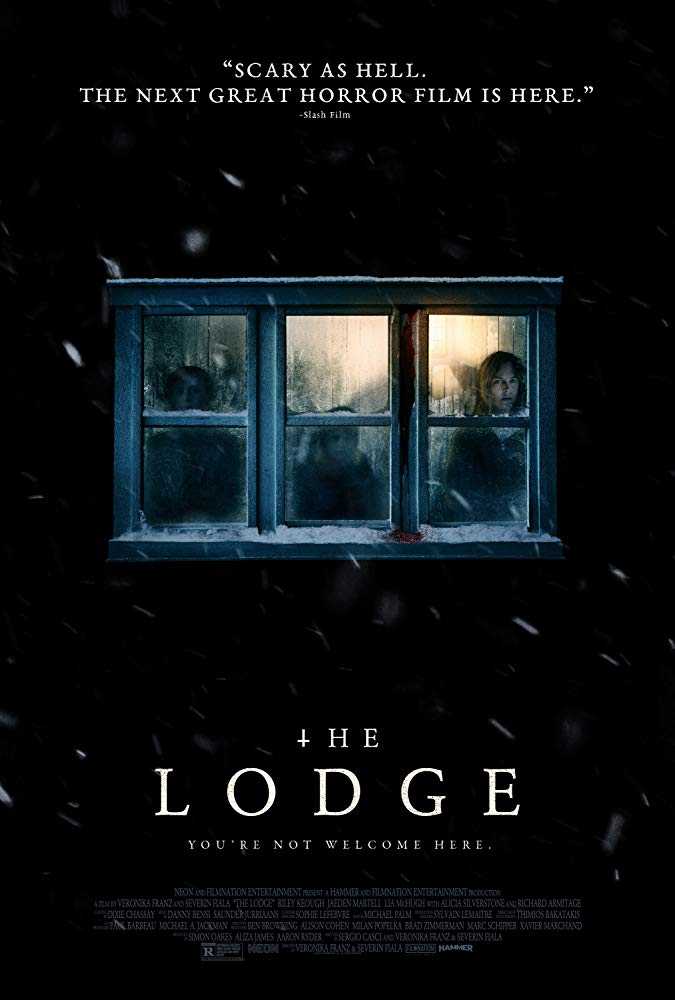