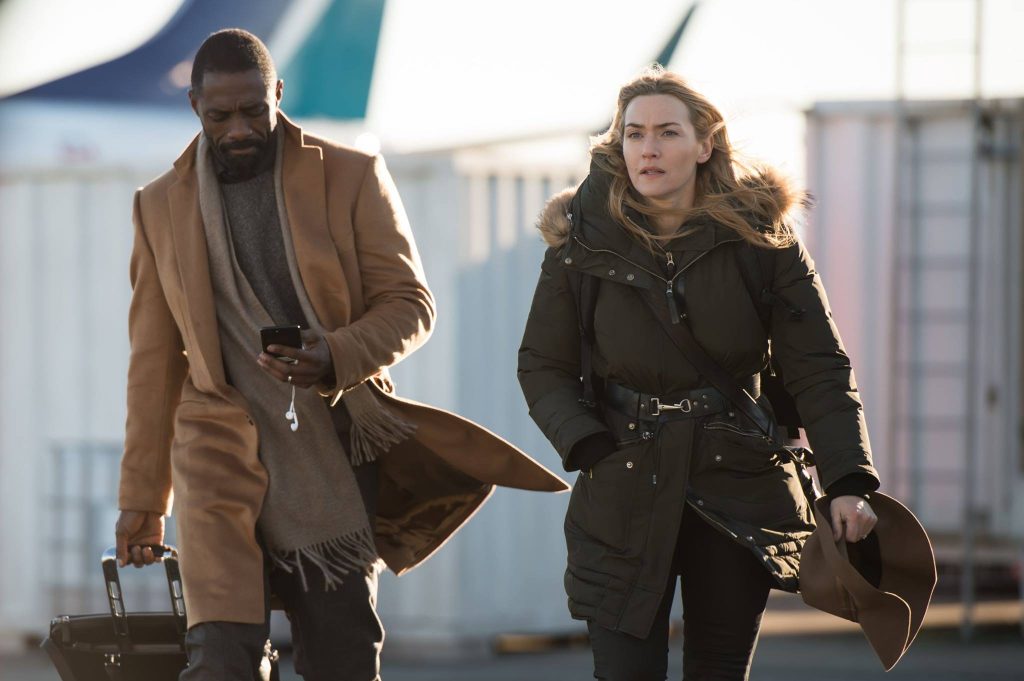 Review: Summit Almost Reached In ‘The Mountain Between Us’

Enough is going on in The Mountain Between Us to say it’s a watchable film. That may not seem like the best sort of claim, but look; here’s a movie with two great actors trying to survive in an incredibly well-filmed environment. The script is pretty shaky, but not unlike Passengers, it’s an adventure-romance-drama for adults looking for a minor escape. It’s not the smartest film, but it functions well enough to be engaging and rarely overbearing. The real test will be whether or not the film’s romantic trappings work well enough for those who already buy into the more easily acceptable survival story.

Based on the novel by Charles Martin, Idris Elba stars as Ben, a stranded surgeon whose flight was canceled due to stormy weather. Photojournalist Alex (Kate Winslet) has a wedding to get to and faces the same dilemma. While these two are apparently terrible at travel plans, they end up chartering a small plane together. Unfortunately, Walter the pilot (Beau Bridges) is barely able to get through a folksy story before suffering a stroke and causing the plane to crash high up in the snowy wilderness. The good news is Walter’s dog survived. Still, the bad news is having Ben and Alex contend with climbing down the mountain to safety.

While shot with enough scope by cinematographer Mandy Walker to make the film feel big enough to earn the right to play on the largest screens possible, the movie is rather intimate in how it unfolds. Director Hany Abu-Assad (Paradise Now, The Idol) seems to know what he has to rely on, his performers, as he makes sure to have the film keep an intense focus on them. Yes, the required shots of grand vistas are here, and they are often breathtaking but, other problems aside, this is a film that never loses track of its characters.

It’s just a shame The Mountain Between Us relies on some dopey logic to get going and create a level of character-based suspense. Of course, the nature of the premise requires these two to get into this position, so that is forgivable. Once in the wild, however, one of the oddest struggles is seeing just how much time passes before characters reveal key information about each other. This is the kind of film where the survival decisions make plenty of sense, but the way a romantic tension is built feels clumsy. Certain lines are far too deliberate in their purpose, but then again, this is what was to be expected, is it not?

That tends to be a challenge in a time when many have seen so many variations of these sorts of stories. However, should romantic dramas such as this, the aforementioned Passengers or 2016’s Allied become more and more of an endangered species? The problem is in the script, as usual, which is unfortunate. The premise is a good one, as it makes the most out of stars + concept logic, but it requires performers that can sell some big moments and be lively enough together, despite the directions the story takes.

Fortunately, Elba and Winslet are up to the task. The two share good chemistry with each other and allow some humor to find its way into this film, along with the drama that continually takes its toll. This is the sort of film that only needs to provide a couple of understandings to have one ready to see how these characters handle an intense situation. In this case, the two are both smart people, with Alex serving as the brash extrovert, while Ben plays up a reserved nature. The attitudes of both rarely clash, and the film does enough to have them supporting each other through this journey, even if Alex’s injury from the crash leaves her as the one in distress far more often than not. 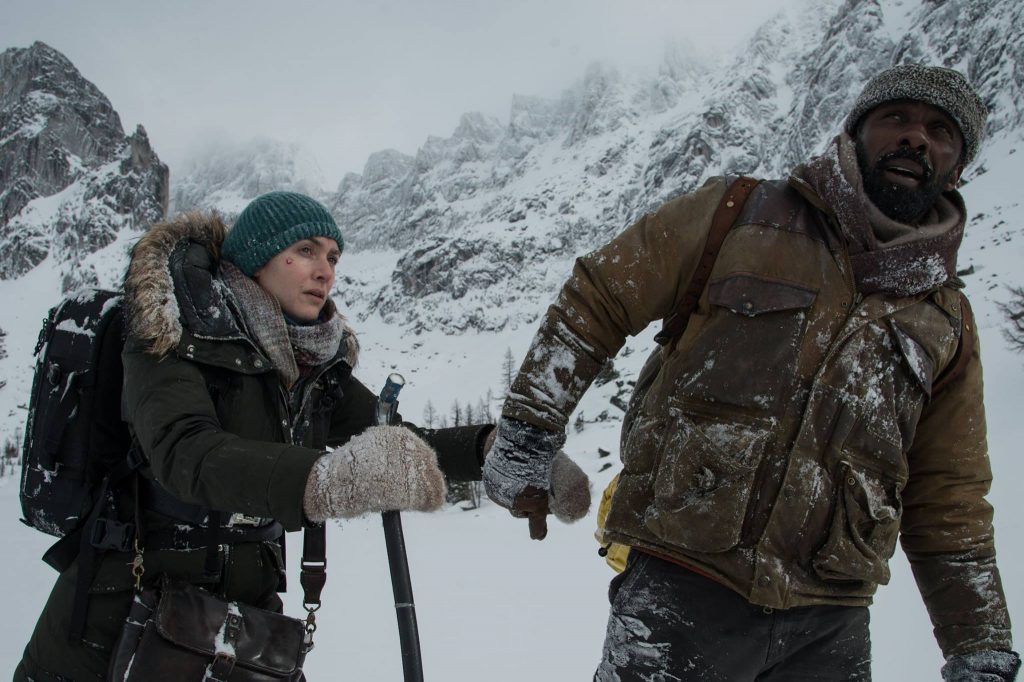 It is when the romance angle gets increasingly applied that The Mountain Between Us begins to crumble. Sure, something is refreshing about a film unabashedly happy with creating this sort of development, with characters expressing their deep sentiment towards each other. However, things slow down considerably, excitement lessens and the finale never entirely builds to the proper sendoff of these two, beyond a clear understanding of what the next step will be. The film’s heart is in the right place, but the work done never reaches greater heights to elevate these characters, given the circumstances.

The survival story is strong enough, as the movie presents realistic people trying to handle a desperate situation. As a romance, the film falters. Still, Elba and Winslet make for a good pairing, who do plenty to sell you on wanting to see how their journey will work out. The Mountain Between Us does its best to put its location scouting work to good use, but while the disaster angle and wintery visuals keep things intriguing, there is too much familiar melodrama that takes hold of the script. Delivering on what is expected is one thing, but this is one mountain that is nicer to look at than climb.