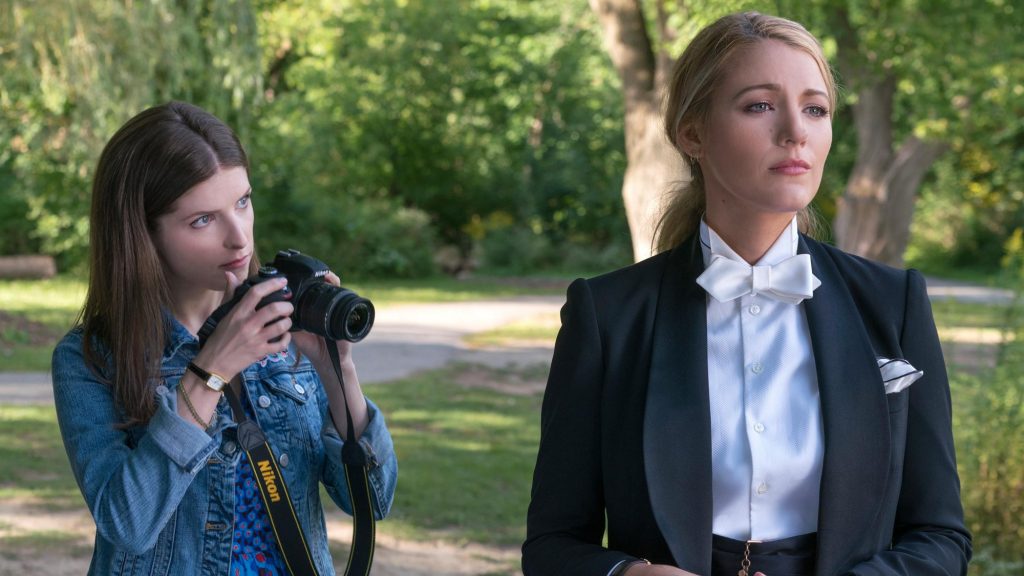 In a lot of ways, director Paul Feig has been building up to A Simple Favor. While his last several features have all been comedies, it’s easy to see a throughline. He’s been making female-led films that subvert genre expectations and found a way to appropriate aspects of specific stories and blend those elements with his sense of humor. Additionally, Feig has his own personal trademark as a well-spoken filmmaker who is never not seen in a dapper suit. So now he has made a darker comedy of sorts, with a heavy reliance on witty repartee, style, and costume design. It has enough French jazz and martini monologues to rub hard against the border of being overly pretentious, but the film is still a fine neo-noir.

Based on the 2017 novel by Darcey Bell, A Simple Favor mostly works as a pulpy thriller with a comedic edge. Anna Kendrick stars as Stephanie, a widowed mommy blogger who’s habit of being an overachiever leads to her becoming an amateur sleuth when it comes to investigating the sudden disappearance of her friend Emily (Blake Lively). As one would expect from movies of this kind, Stephanie learns much more about her friend than she would have liked.

While the plotting borders on being overly convoluted, there’s a lot to enjoy in the performances. Feig and the screenplay by Jessica Sharzer do a lot to bring out the humor in Stephanie’s character by way of her social awkwardness and physical presence. Befriending Emily means playing up the distinctions between the two and given the obvious height difference and costume design, it is clear the film understands what could make these two both get along, but seem like opposite personalities. 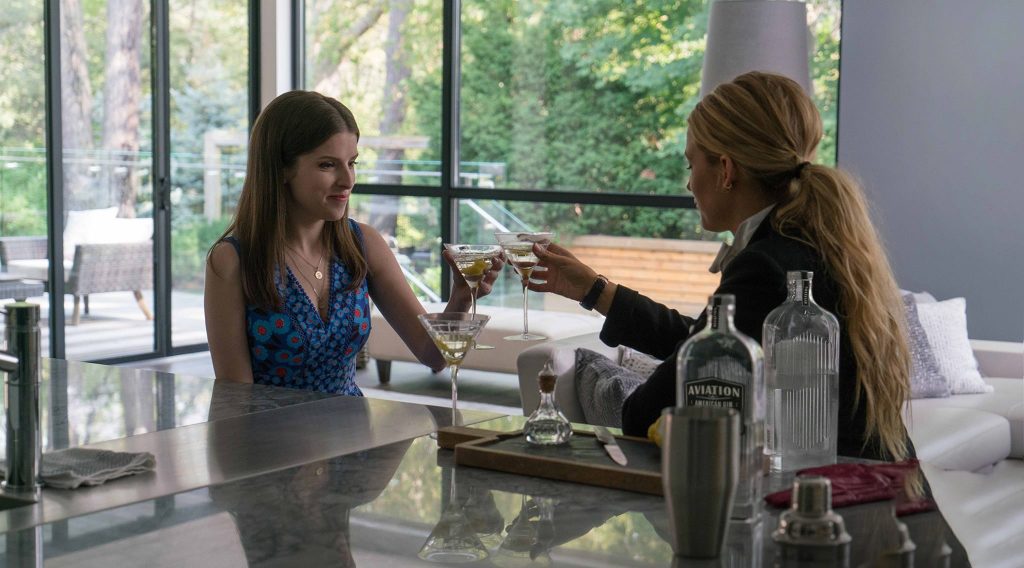 This is all well and good because while part of the joke relies on Stephanie only having gotten to know Emily for a couple of weeks, before she disappears, Emily’s enigmatic nature ends up rubbing off on Stephanie. While a film like this can only do so much to grow a character when a plot is so frantically focused on solving a mystery, it says a lot to note how Stephanie grows freer as a person, as the film moves forward. The fact that we learn more about Stephanie’s dark side along the way only helps to make this transition seem more natural.

As for the mystery, well it has a lot of clever reveals. Some are predictable, but that’s hardly the point. Much of this is an exercise in style. It may be evident that Feig studied some Hitchcock to prepare for making this film, but it seems just as clear that he considered the art of Saul Bass. The use of color, the choices in homes for locations, and the editing rhythms for the film as a whole all speak to Feig wanting to have just as much fun from a production design standpoint as he did in making a character-comedy/mystery.

Most of the time, hitting the play button on the soundtrack works in the film’s favor. When going for comedy, some sharp cuts lead to good laughs, and the film’s sense of humor finds a way of directing the story in directions that feel like the right move, albeit by moving with a different flow compared to what a male-led noir from the 40s would have to offer. However, how far can you take this pastiche when it comes to delivering on the thriller element? 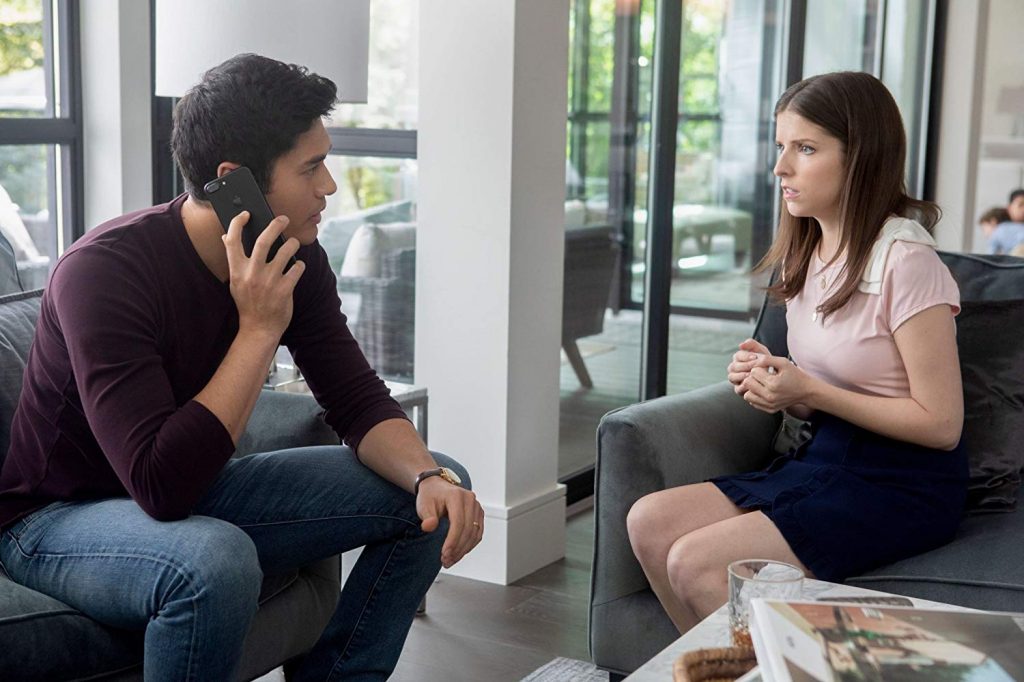 If A Simple Favor fails to work in the same league as other recent thrillers with a similar bent, such as Gone Girl, it’s only because of how much Feig loves undercutting his drama. Up to a point, this works. Midway through the film, Stephanie’s investigation takes her down some bizarre rabbit holes that can only best be supplemented through uses of comedy. Towards the end, however, as the plot threads start to all come together, it becomes overbearing to hear certain characters quipping and riffing their way through scenes.

Credit where it is do though, Kendrick and Lively work very well with this material. With Lively coming off the recent Jaume Collet-Serra thriller, The Shallows, she seems to be at home in these sorts of thrillers, regardless of which director is trying their hand at being a B-level Hitchcock. It’s also worth noting Henry Golding as Emily’s husband. Given how much the film attempts to hold back from the audience for the sake of surprise, Golding does well to play up some character traits that keep from spelling out what kind of person he may indeed be.

A Simple Favor works as a solid mystery and an always engaging story, regardless of how far it goes down specific paths. The actors all showed up to do fine work, while Feig relishes the chance to put a very stylish touch on material he doesn’t get to tackle too often. The film’s aspirations may not rise higher than pre-award season fun, but that’s good enough for a neo-noir flick that invites an adult audience to go along for a breezy ride. 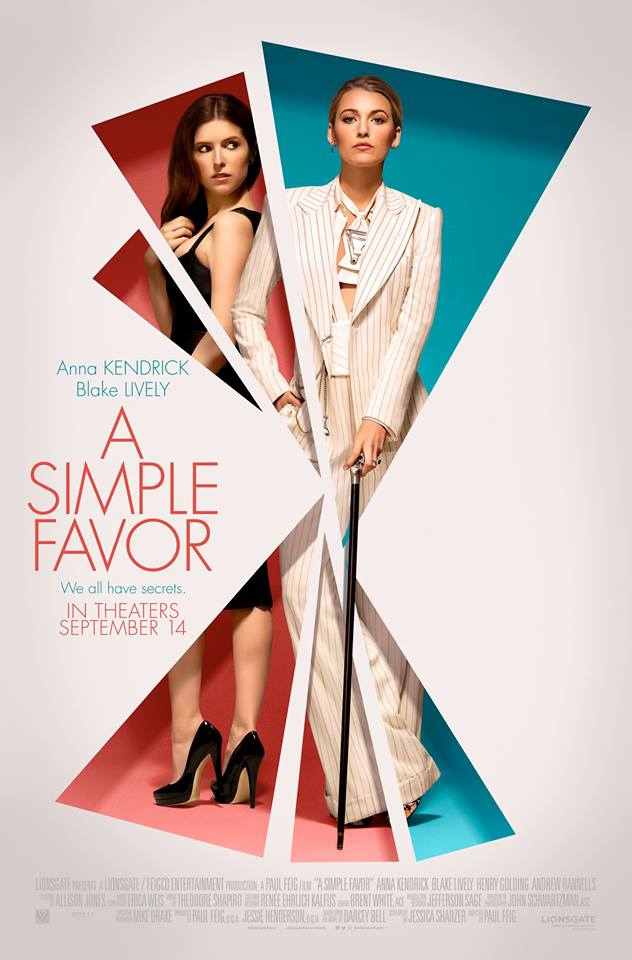