2018’s RBG is a documentary focused on the life of Supreme Court Justice Ruth Bader Ginsberg. Much can be said about Ruth Bader Ginsburg since her passing on 18 September of this year.  Personally, I never knew much about her from either current events or the media at large.  I thought that watching this documentary would allow me to see what she always seemed to be noted for, which, in turn, helped educate me about the world and the people around her.

What stands out is how the documentary takes time to spotlight not only how informed its main subject is but how she became that way in terms of personality and who guided her on her path to success.  This movie does act as though you’ve never heard of the story of Ginsberg and gives all those usual biographical details.  The charm of a film like this is that even if you’re uninformed about her or how she shaped the political landscape, there’s always a way to show you what you could learn from her first and foremost.  Ruth defined her time as a supreme court justice by fighting for the equality of both genders regardless of the situation that came across her desk or in court.  How Ginsburg got to the point where she decided to take that long hard road of fighting for equality is the most fascinating aspect of the film and Ruth as a person.

The case that stuck out to me involved a man who had been widowed after his wife gave birth, but he wasn’t entitled to the same Social Security benefits as his wife would be if she died.  Her argument for fair treatment within that side of the law and that part of government is one of the most moving arguments I’ve ever had the pleasure to hear in a documentary.  RBG is filled with moments like this. That’s the filmmakers’ way of showcasing her steady but rise to prominence. 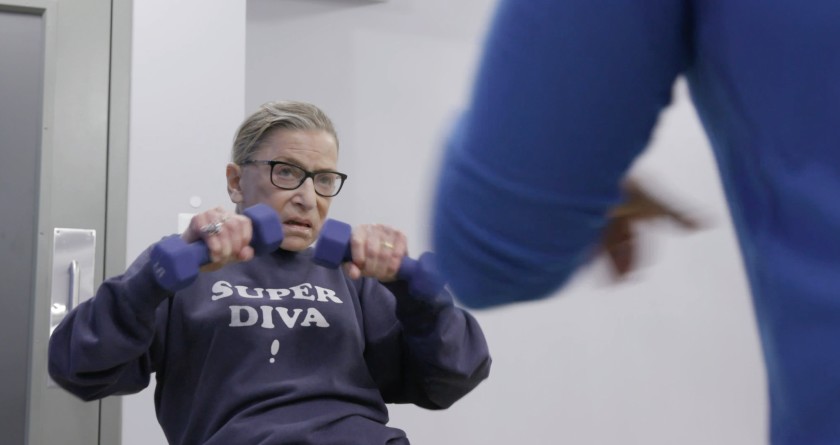 The filmmakers illustrate how she became the notorious “gangster” she eventually turned into.  I love that the written dissents showcased how her perspective on the law with equality as a theme changed, and she grew older and wiser.  Ginsberg never grew too old to learn. She was always either educating herself or educating others throughout the documentary. As much as this documentary was taking the time to celebrate her, the real gift was how she celebrated people beginning to change with the times based on the laws that were passed and how the world, more specifically the United States, became a better place because of how she fought.  Audiences can see that over time, as she becomes more renowned.

RBG did take its time to show the softer side of Ginsburg as well. My favorite part of the film was when they showcase the friendship between Ginsberg and Justice Antonin Scalia. The two Supreme Court judges may have been political opposites, but they were the best of friends.  The fondness with which Justice Scalia speaks of Ruth shows that you can always have differences and build bridges. That aspect of the film is a gentle reminder of what the United States can still be.

Ultimately, what RBG represents is how one woman worked her and her life to not be defined by others but defined the political and law landscape by what is right and just rather than what is popular at the time or convenient. She was and always will be a trailblazer in her field, and watching this makes me long for someone to follow in her footsteps soon.  This is another CNN documentary you should check out. 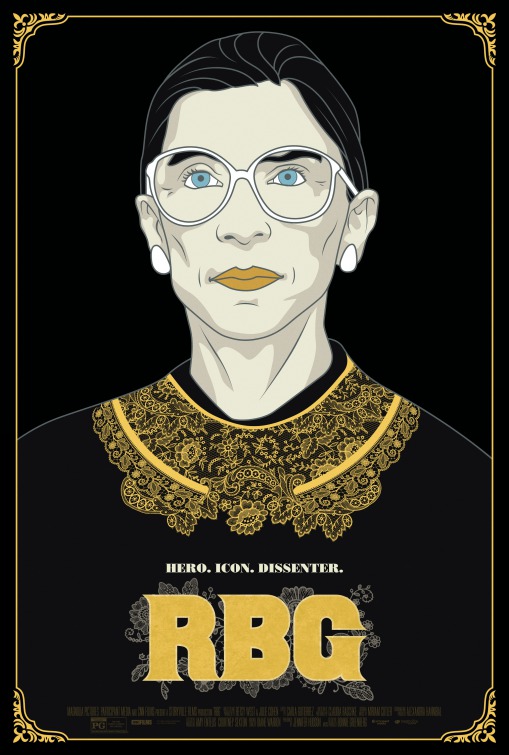