As I’ve grown up with cerebral palsy, being different has always been a challenge for me. There is always a perceived difference when you have a physical disability. Whether you talk or move differently, people look at you because you stand out.  Rising Phoenix, the latest documentary from Netflix, illustrates how differences because of disability are never bad. They are just another form of strength. The doc shows that if you stand out, you can do amazing things.

Rising Phoenix documents the 2016 Paralympic games in Rio and the struggles those athletes were challenged with as they spent time preparing for that year’s games and the hurdles that the Paralympic committee faced making sure that year’s event occurred as planned.  The athletes spotlighted were: Tatyana McFadden, Bebe Vio, John Baptiste Elise, Matt Stutzman, Ellie Cole, Jonnie Peacock, Ntando Mahlangu, and Ryley Batt.  The history of the Paralympic games is also detailed in great measure.

Without question, the athletes showcased in this film demonstrate a high level of determination, not just for the sports they play, but in how they adapted to life with each of the different physical challenges they have and the origins that came with them.  This story sets out to inspire, and while inspiration is a great thing to have within a film like this, I don’t truly believe that directors Ian Bonhôte and Peter Ettedgui intended for that to be the reason people are drawn to this documentary.  The beginning of this film focuses on how these athletes are similar to Marvel Comics’ “The Avengers.” The real truth is that these people have always been heroes; it’s just taken the world a while to notice. 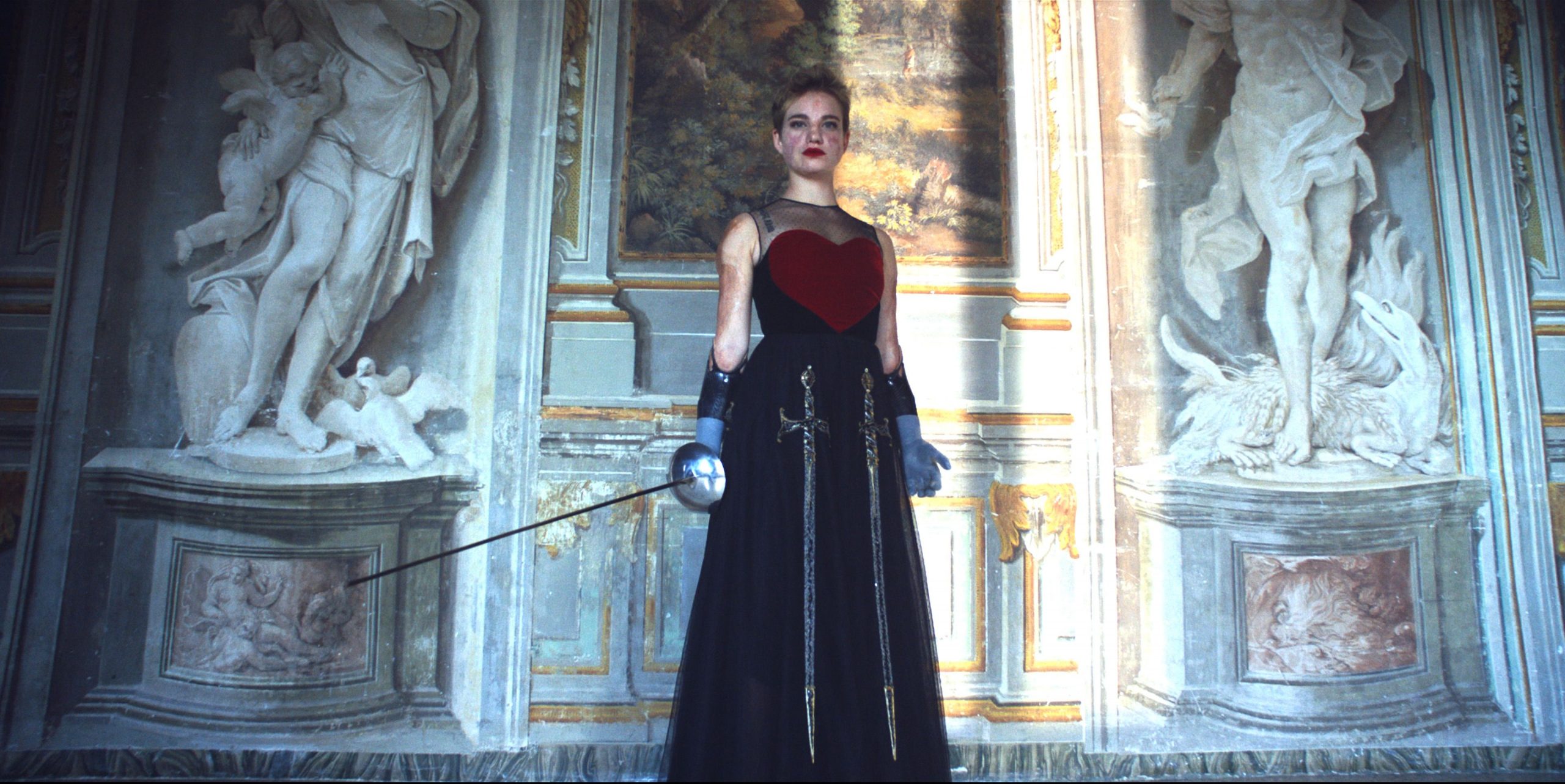 This film is, without question, the best sports documentary I’ve ever seen. Most of the reason Rising Phoenix is such a moving story comes from the interviews given by the athletes.  Learning their stories doesn’t just give the film the layers of complexity it needs for the Paralympic Games to feel important, it’s a true reflection of how sports impacted the lives of the individuals who compete.

Sports are a powerful motivator when we’re strictly talking about achievement.  For many, it’s the building blocks of personal growth.  More importantly, the Paralympic Games is one of the few occasions when those athletes can feel that the way they are different is celebrated. That said, they also don’t have to feel different when they’re all working toward their own success either as individuals or as part of a team.  Either way, the organization builds a continuous community of people not defined by their challenges or celebrated for their successes but as heroes in their own stories based on what they have already overcome.

The story most audiences will find moving is the one told by Bebe Vio.  She is an Italian Gold medalist in fencing.  Her legs and arms were amputated as a child as a result of developing meningitis.  At the time of the documentary, Vio was 19 when she won her gold medal for fencing. She speaks with the level of hope reminiscent of Maya Angelou or Michelle Obama.  She adamantly admitted that she is harder on herself than anyone else when it comes to performance. 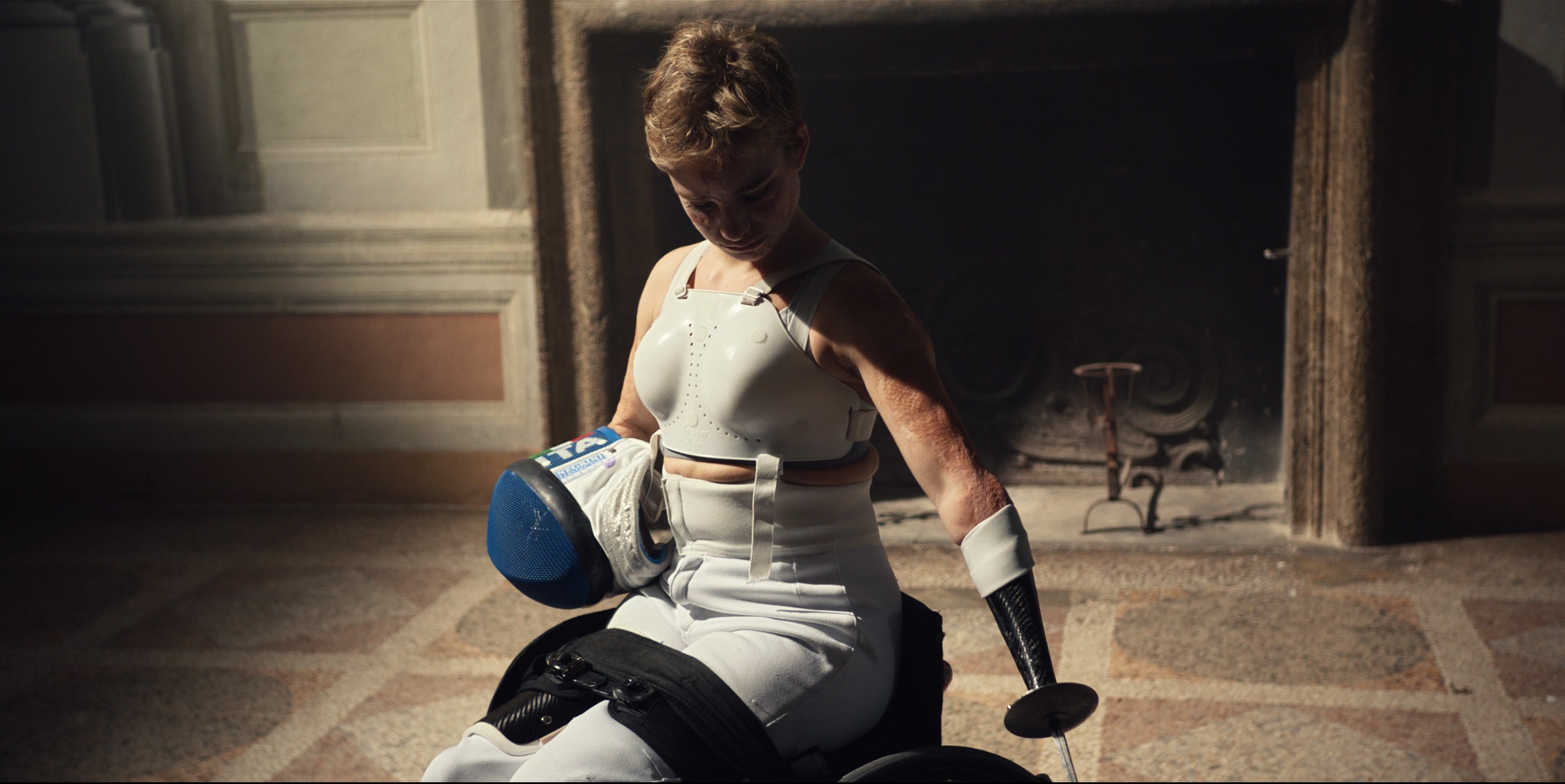 Somehow, that struck a chord with me.  The documentary spends the least amount of time with her outside of the actual competitions she participated in, whereas other athletes were afforded the ability to talk more about their personal lives outside of the sport they are known for.  Vio’s level of poise, as well as frankness, showcased how even though she seemed to define herself by what she was capable of achieving, she was still happy to be able to compete in the first place.  She took great pride in being afforded the opportunity to excel.  This theme rings true for all the athletes, but local to Champaign Urbana, my hometown, that mantra is reinforced by the other person I was astounded by in the form of Tatyana McFadden.

McFadden is brilliant beyond measure.  Her dedication to her sports is second to none.  Part of that dedication comes in the form of her drive, and it’s not just the drive to succeed. Like so many others, her drive is based on how far she came to be where she is and what that achievement means to her.  Success only means something when you have those who stood by you giving you the love and support to go further, and that’s definitely the case within her portion of Rising Phoenix.  Sports gave her purpose because it allowed her to open the door for other people with physical challenges to play sports in school, but also the support of family allowed her to push past her own imagination of what she could possibly achieve.

The main argument people make about disability is asking the question, “What can you really do?” Rising Phoenix shows that the answer to this question has always been and will always be “there is no limit to what I can do, and I have nothing to prove.” This point is proven by the last vitally important lesson this movie teaches its audience: self-acceptance.  That term isn’t often addressed in film, even if they are nominated for Academy Awards. The people highlighted in this documentary worked immensely hard to accept the challenges laid before them and turn it into a positive. Everyone interviewed for this documentary did that in one form or another to get themselves in a positive place where they can look back and see how they’ve achieved and grown.  This is something we could all learn from.

Rising Phoenix is a must-watch.  This movie may showcase Paralympians but what it really does best is giving individuals who have always been heroes the chance to be acknowledged for who they are and not how they compete.  Challenge your own perceptions and give it a watch on Netflix. 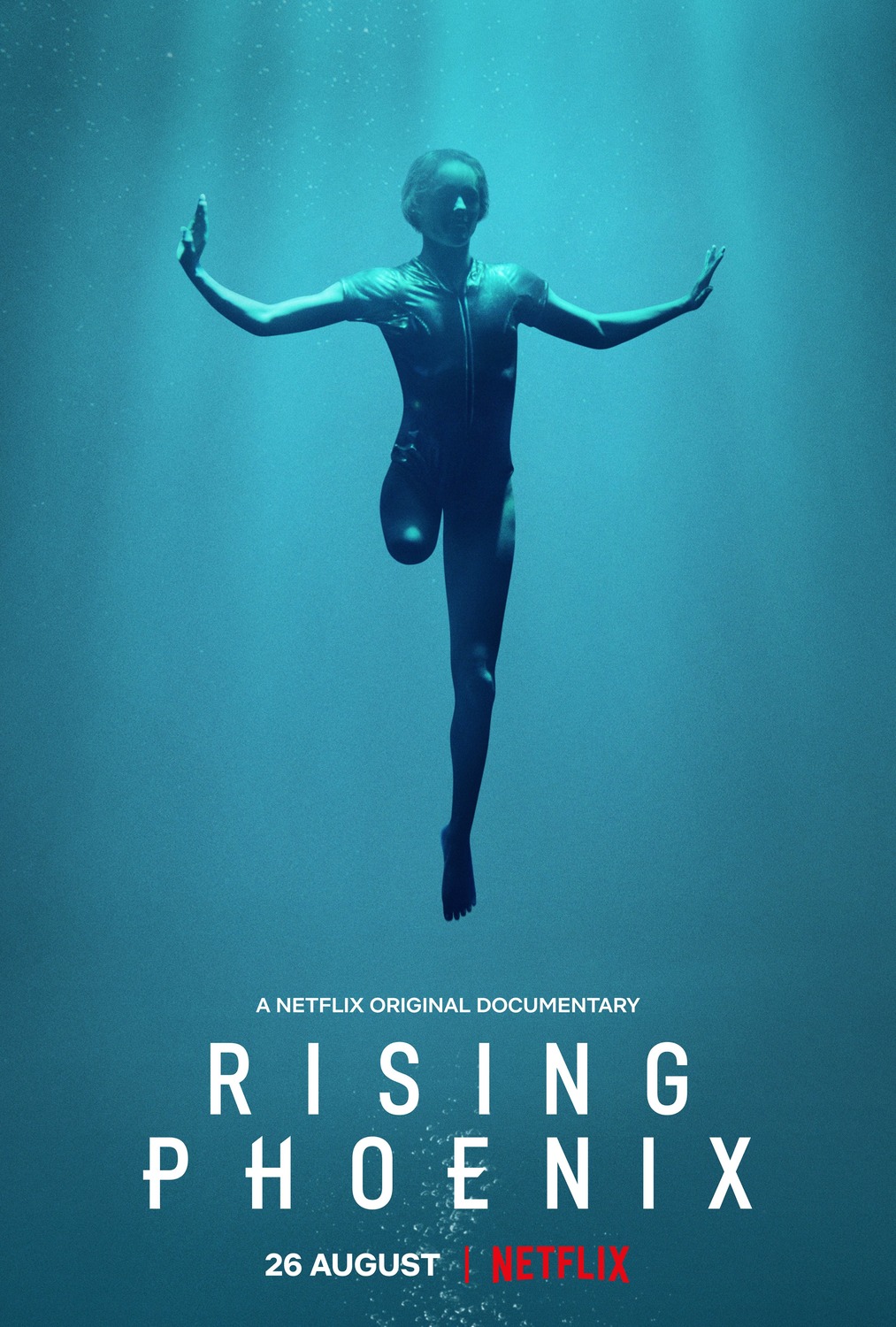 As I've grown up with cerebral palsy, being different has always been a challenge for me. There is always a perceived difference when you have a physical disability. Whether you talk or move differently, people look at you because you stand...
0
Average User Rating
0 votes
Please sign in to rate.
Film:Rising Phoenix
Cast:Bebe Vio, Ellie Cole, John Baptiste Elise, Jonnie Peacock, Matt Stutzman, Ntando Mahlangu, Ryley Batt, Tatyana McFadden
Director(s):Ian Bonhôte, Peter Ettedgui
Genre:Documentary
Studio(s):Netflix
Network:Netflix
MPAA Rating:PG-13