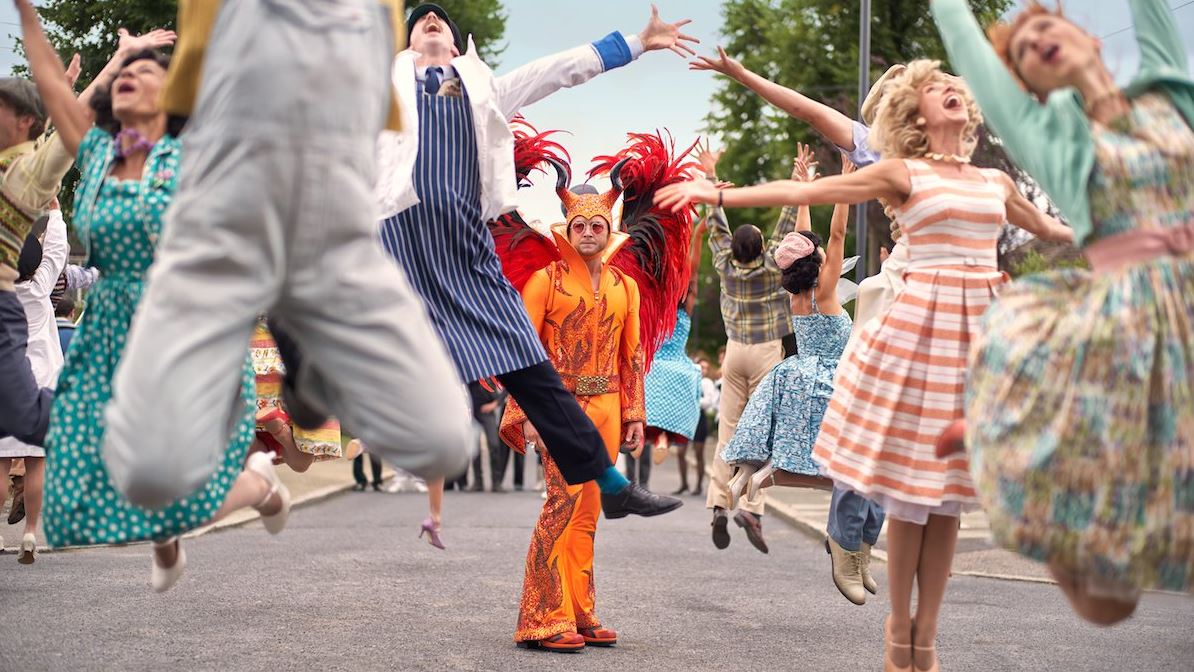 I once had a friend who claimed to loathe Elton John’s “cheesy pop music.” I was stunned when he told me this. How could anyone hate Elton’s poignant oeuvres? Well, it turns out my friend had never heard anything from the poetic early days; all he knew was over-bloated hook-heavy radio tunes of the 80s. When I listen to his music, I stay right in that 1970-1976 sweet spot. Fortunately, there is something for everyone in Rocketman, the latest—and certainly flashiest—nostalgia-fueled rock and roll biopic. It’s a hit parade of only the best songs (well, okay, I’m Still Standing is in there but it’s perfectly-placed), which are set to lively dance numbers. 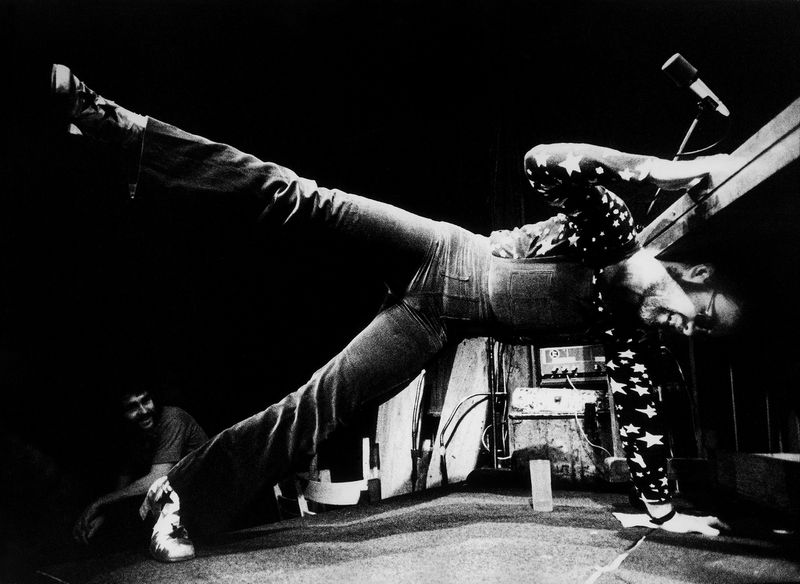 While we don’t trip through Elton’s discography chronologically (the selection of tunes are instead based on the emotional impact of the story as it plays out), the account does paint the numbers from childhood to adulthood as expected. Rocketman features the subject as young, gifted Reginald Dwight (Matthew Illesley, Kit Connor) and his flamboyant but inwardly shy alter-ego Elton (Taron Egerton). We see that he was never really loved by his parents (Bryce Dallas Howard, Steven Mackintosh), which led to his need to go over the top to impress and ultimately led to his overindulgences with partners and substances. In fact, the framing device of the film is that tired old cliché of our hero in group therapy recounting his life in a series of flashbacks.

While I felt that Egerton lacked a certain spark (in spite of all the sparkly stage threads), he does a great job acting out Elton’s highs and lows—and singing them, too (yes, that’s really him doing all the vocals). The talented Jaime Bell plays Bernie Taupin, Elton’s lesser-known counterpart and lyricist. While I was happy to see Taupin so well acknowledged, I would have liked to have known more about what drove him to be able to write such deeply meaningful words at such a young age.

Rocketman may not shimmy outside the box as much as one might hope—there are more clever, artsy musical biopics out there, going back to All That Jazz or I’m Not There—but it does not disappoint in terms of trappings. The costumes are killer, the sets are stunning, and the edits and segues are gloriously wrought. The filmmakers lovingly and lavishly recreated the pop-glam music scene of the early 70s from London to Los Angeles, then carried it through to the excessive eighties with aplomb. In spite of the sometimes dark subject matter, Rocketman is always fun to watch and never delves too deep into the doldrums.

It does not reinvent the wheel but Rocketman is a big-screen spectacle that’s bound to please existing fans and create some new ones. Recommended. 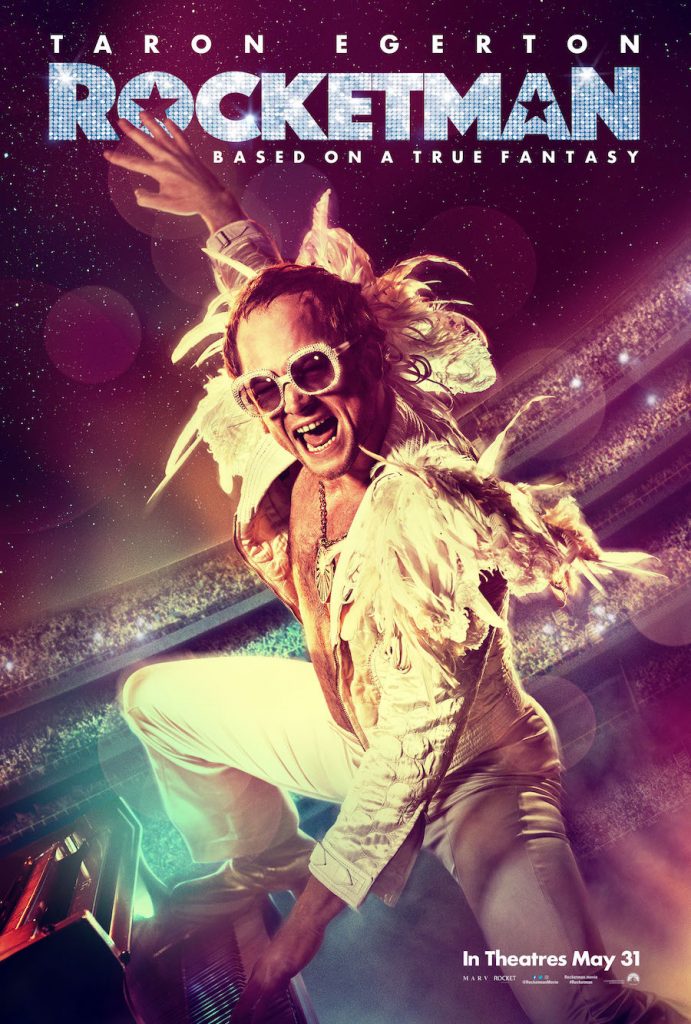