There’s nothing quite like a sweet rom-com to ease audiences into the new year. Stars Fell on Alabama does just that, reminding us that hometown values deserve to come for the ride when it’s time to move on. Hot-shot Hollywood agent Bryce Dixon (James Maslow) abandoned those scruples when he made a big name for himself in Tinseltown. Key among them is honesty, which doesn’t come naturally to Bryce whenever he catches up with his old high school buddies.

Because Alabama prides itself on the nuclear family being the backbone of community — a goal to reach well before you hit thirty — Bryce feels immense pressure to tell his friends he’s seeing someone. Giving the impression he’s headed towards a Southern heteronormative lifestyle will ensure approval, especially with Willow Valley’s 15-year high school reunion coming up. To convince his old crew that bachelorhood is behind him, Bryce enlists the help — rather unprofessionally — of his client Madison Belle (Ciara Hanna).

The up-and-coming film and television star landed some big gigs under her belt in a matter of months with Bryce’s help. However, it’s good that director V.W. Scheich and writer Robert Windom never use that as leverage when Bryce calls in his personal favor: having her pose as his girlfriend to appease his happily-married pals. In fact, it’s almost unrealistic how much of a gentleman Bryce Dixon is — he’s a far cry from the sleazy reputation most agents carry. That said, the conceit seems like a human resources nightmare, but Maslow is so upstanding and modest in how he carries himself that you never second-guess his character’s good intentions.

Meanwhile, Madison is trying to put some distance between her on-again/off-again boyfriend Zane (Zebedee Row), an obnoxious touring singer who only swoops in whenever Madison’s interest wanes. Traveling with Bryce is the perfect excuse to ignore Zane’s clingy texts and calls. The weekend excursion also gives her a break from the hectic schedule that comes with overnight fame.

The lovebird leads don’t have the strongest chemistry, but they play their respective parts well. Ciara Hanna personifies fresh confidence, showing how people tend to open their hearts once success is established. It’s comforting to watch a Hollywood romance featuring characters who aren’t afraid to have it all: love, kids, a lasting career. The reunion serves as a reminder about what Bryce and Madison can add to their dream lives in Los Angeles, not subtracting it by returning to the American heartland.

Mostly, however, Stars Fell on Alabama is an audition film for James Maslow, a phenomenal talent with leading man charisma. If his charming performance here is any indication, he’s got a giant future in big studio rom-com fare. Maslow is immediately likable, endearingly neurotic, doesn’t let his handsome looks go to his head, and knows how to sell a cheesy third-act monologue with the best of them. He’s got that Ryan Reynold’s peppiness, minus the hubris and camera mugging. Featuring new music from American Idol winner Taylor Hicks — who also has a cameo as a local band frontman — Stars Fell on Alabama makes you appreciate your roots without guilting you into returning home for a better life. 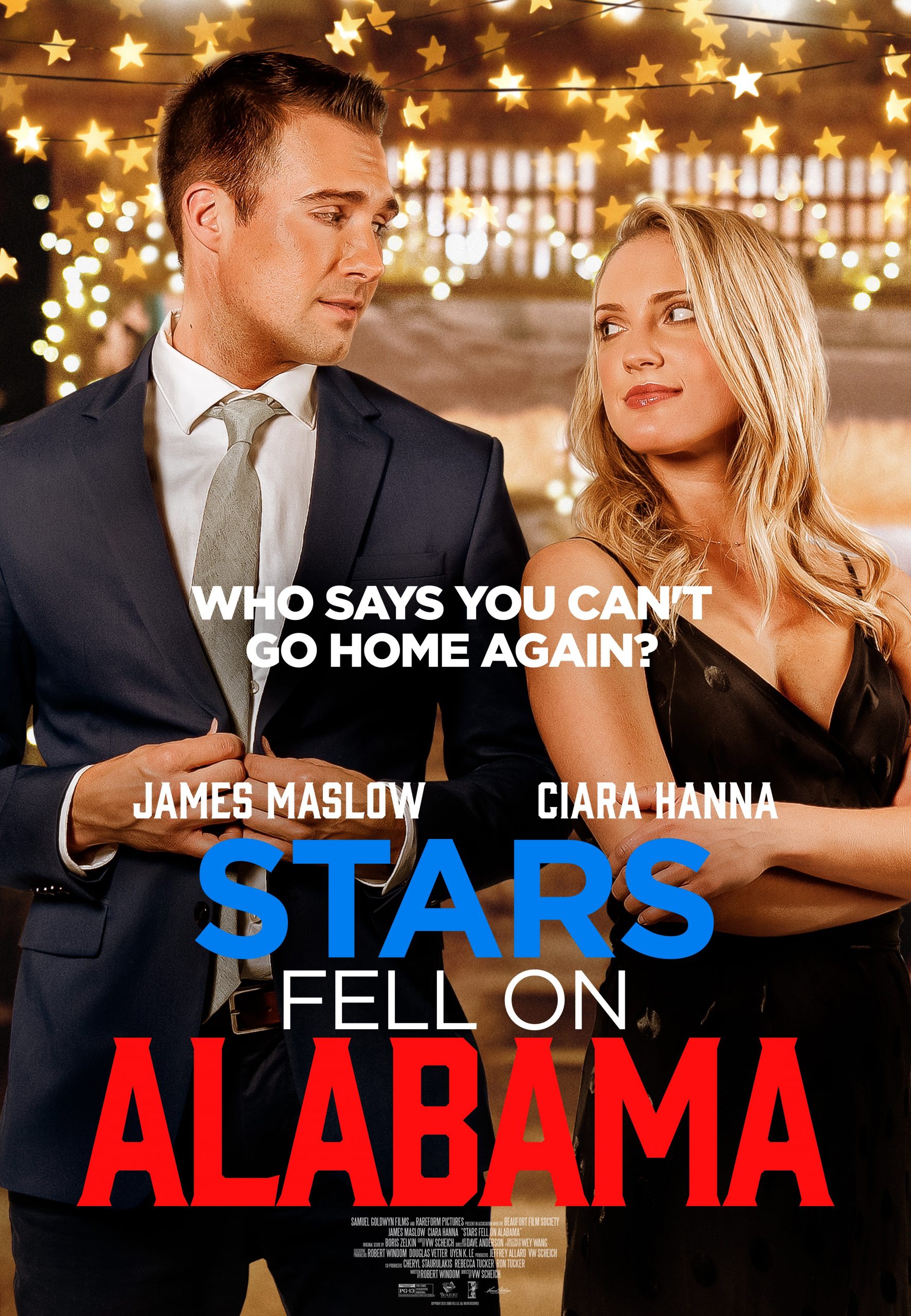