Few can understatement the power that social media wields in 2020. Since the 2016 election, ethical concerns about data privacy and collection have sprung up around Facebook and Twitter. Congressional hearings investigated the unregulated medium. Generational divides grown wider, as new platforms like TikTok emerge. The evolution of this new form of media means its story and its influence on society cannot be fully assessed. With the 2020 election mere months away, The Social Dilemma explores the age of disinformation. The hybrid documentary is comprised of dramatized events, talking heads interviews, and archival footage to build its arguments. Preaching the need for regulation, the new Netflix documentary looks to expose the true influence of social media.

Director Jeff Orlowski (Chasing Coral & Chasing Ice) approaches the material with a serious tone and establishes the incredible talent involved. Tristan Harris (Google), Tim Kendall (Pinterest), and Justin Rosenstein (Facebook) headline the entrepreneurs wishing to clean up the internet. While each of the men helped to create a system that could be abused, their genuine remorse shines is apparent. By sounding the alarm, The Social Dilemma exposes some hard truths about the industry’s goals. Most notably, each expert discusses the psychological training and techniques utilized by Social Media giants to keep us addicted to our phones. From email to video apps, it is no longer about data collection. They warn that it is not just about how each platform collects its immense data sets. We should instead be afraid of how Silicon Valley’s machines affect action in the real world. 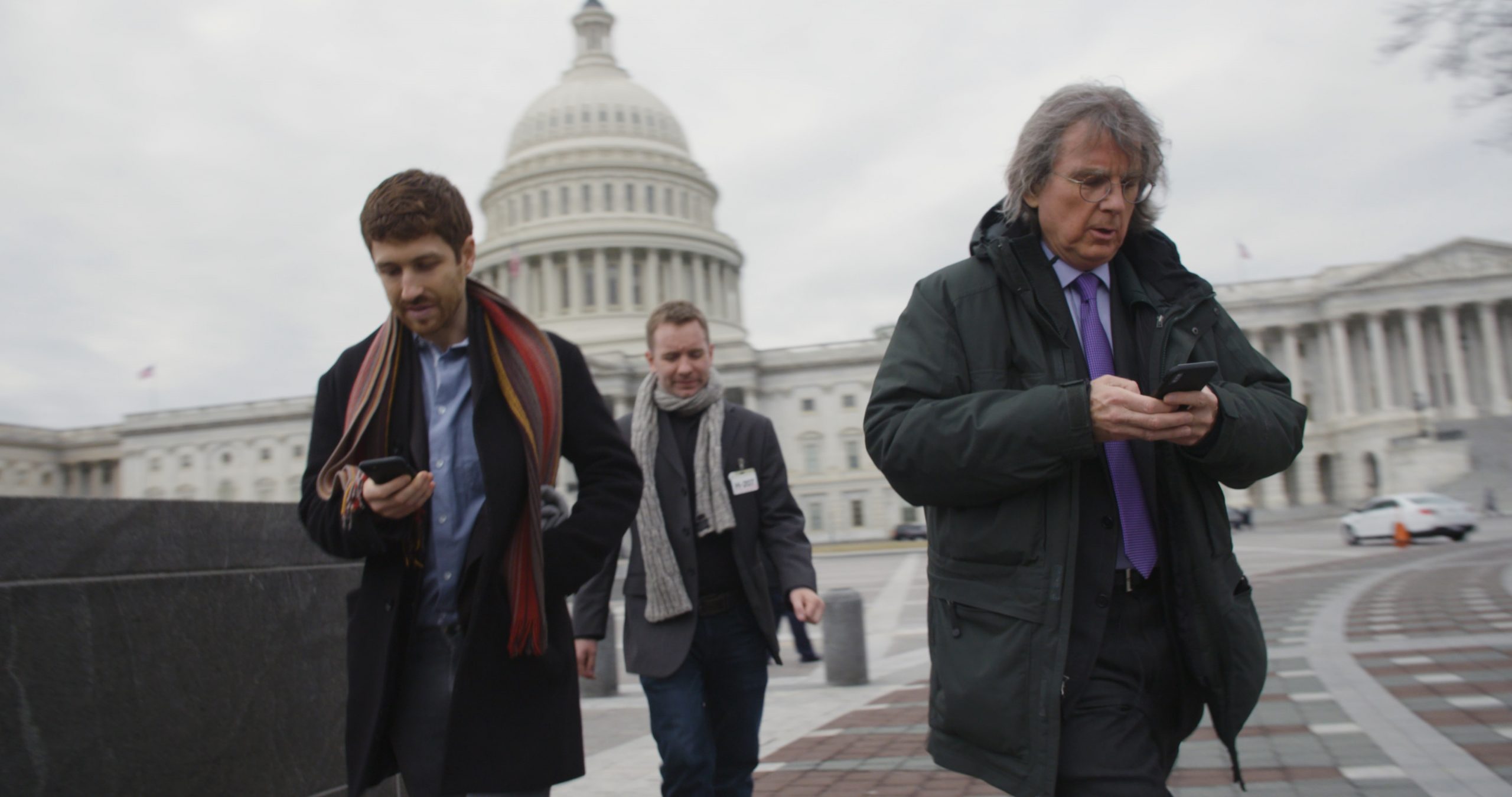 This may seem like hyperbole, but the film frames the change through several windows. The most notable example was the 2016 Election, where Russian ad buyers and bots could create content to sway votes towards Donald Trump. The issues rise beyond that, leading to discussions of QANON in the United States, COVID-19 conspiracies, and ethnic cleansing in other countries. The Social Dilemma personalizes its arguments through the hybrid documentary structure. The Social Dilemma follows a fictional family and their own struggles with technology. Actors Skyler Gisondo and Kara Hayward portray socially active siblings in a family of five. Hayward wants her sister to change his cell phone habits, challenging him to a week without his phone. Vincent Kartheiser plays the A.I. controlling Gisondo’s phone and apps. He vocalizes the thoughts of the algorithm obsessed with maintaining attention, regardless of the cost.

The choice to blend drama and documentary adds to the film considerably. The dramatic narrative shows the subtle, dramatic changes through a relatable lens. Rather than holding up radicalized individuals that audiences can explain away, Orlowski shows the subtle transition towards radicalization. Kartheiser’s comedic turn as the algorithm does not intend to create negativity in the world. By delivering on its objective, the algorithm persuasively pushes you down rabbit holes towards new and potentially dangerous ideologies. Orlowski’s ability to tell a simple, yet effective story, strengthens the arguments made by tech experts. This hybrid documentary provides effective alerts for viewers of the dire consequences. 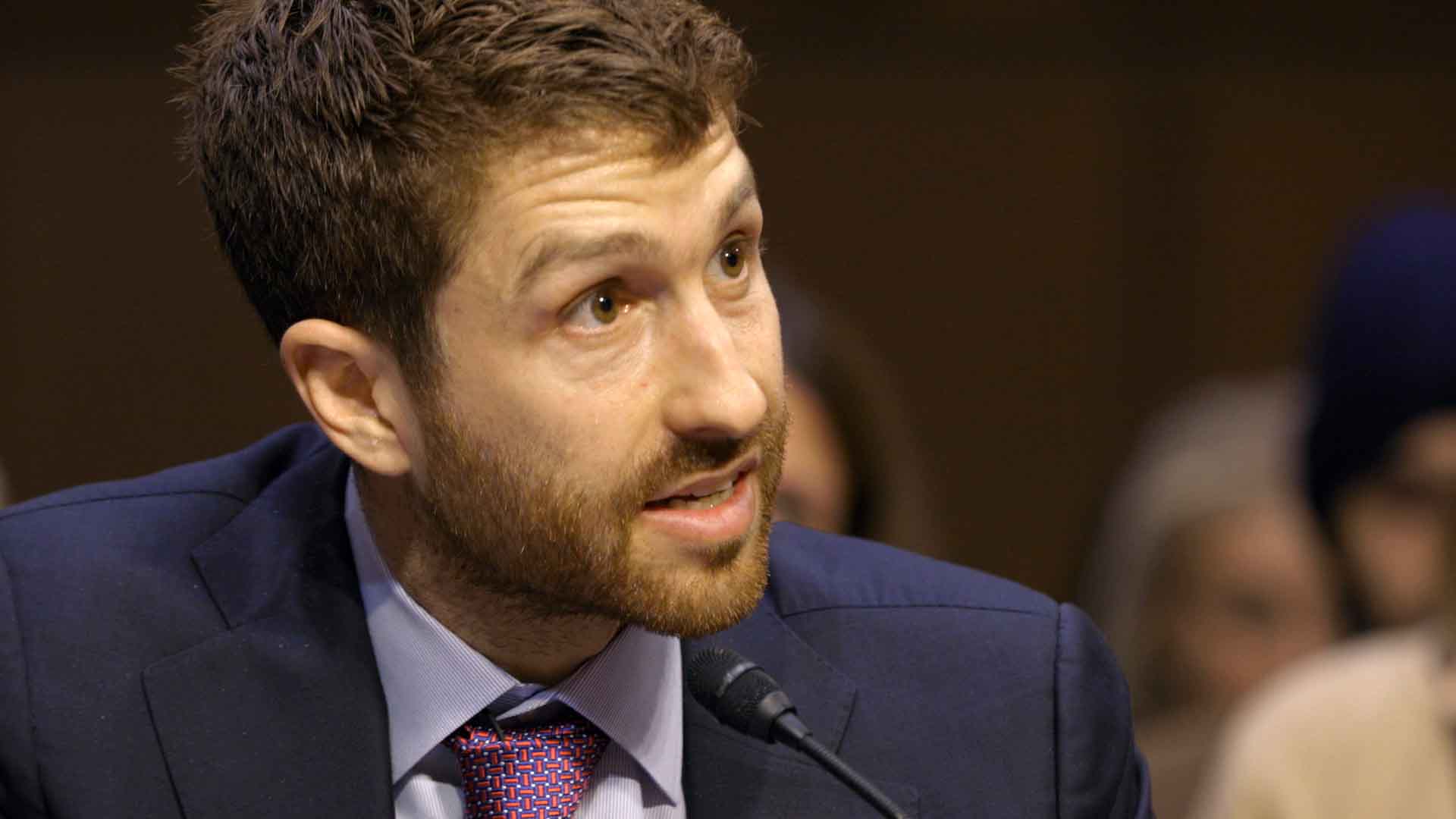 The Social DIlemma lays out the case for the regulation of social media conglomerates at every turn. Through dramatized events and hard-hitting facts, it creates a logical and effective argument. Orlowski’s ability to handle the slow-burn build of his dramatic story, while never losing sight of his documentation, is admirable. Orlowski builds on his impressive resume as he raises the alarm for the nearly imperceptible dangers facing our society. These problems may seem minute and difficult to observe on a day-to-day basis, but over time the effects are massive. Orlowski makes this clear, and The Social Dilemma should be required viewing in 2020.

ALAN FRENCH’S RATING FOR THE SOCIAL DILEMMA IS AN 8 OUT OF 10. 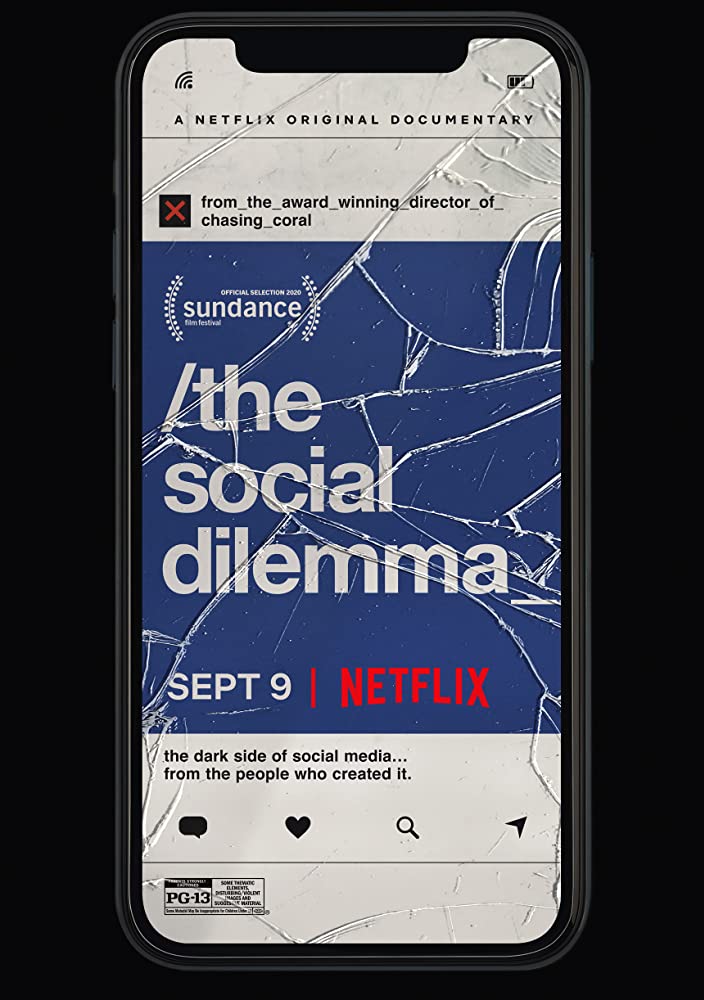 ‘The Social Dilemma’ Review: A Hybrid Documentary Takes Aim at the Darker Side of Social Media