In the first installment of Films To Be Thankful For, I wanted to highlight a film that made me want to become a writer.  A film that first made me pay attention to filmmaking as a craft rather than an escapist experience used as a treat for children and young adults.  The film in question is 2005’s Brick, the debut film from writer/director Rain Johnson.  Brick lifts its inspiration directly from the works of Dashiell Hammet and Raymond Chandler private detective novels and applies that type of plotting and atmosphere to a high school setting.  Brendan Frye (Joseph Gordon-Levitt) has recently discovered his girlfriend Emily (Emile de Ravin) dead at the end of a sewer pipeline and spends the entire film using detective work and his gumshoe-like personality to solve the mystery of her death.

Using a Southern California high school as the backdrop is the first noticeable thing that makes this movie brilliant.  The setting helps by showing how life doesn’t stop just because Emily died, and the camera uses her death to its advantage.  Mood can be purely established just by the camera staying far away from a character while they are making investigative phone calls to suspects or charming a local gangster for information about what kind of trouble his ex-girlfriend may have been in before she died.  The setting is its own character in this film, and it adds to the dangerous atmosphere for solving this murder. 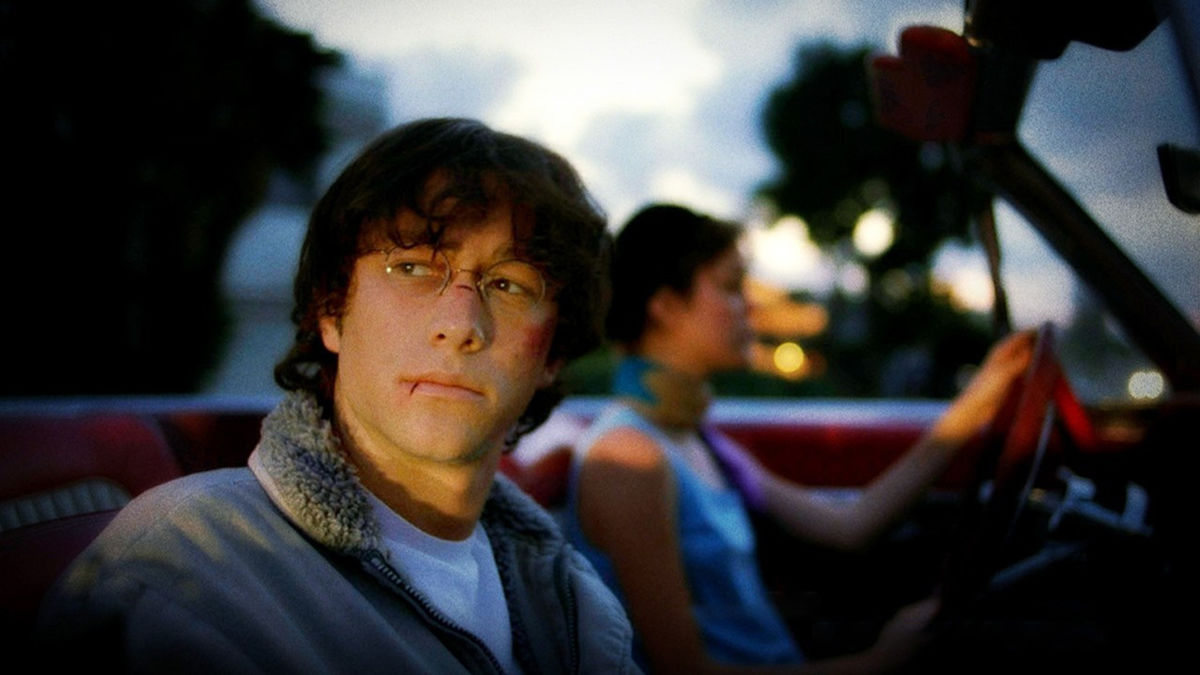 Another interesting thing about this movie is the characters and their conversation style.  Characters like the Pin (Lukas Haas), who lives with his mother but is also the biggest drug dealer in the movie, is interesting because of his nature. The Pin doesn’t use violence and has a physical disability, and yet, he’s so intimidating just from his stature. Instead of being loud and brazen, he is soft-spoken and self-assured for most of the movie. The threats issued by him sound more like careful warnings than statements that will make you feel like your body is about to be damaged.

Laura (Nora Zehetner) is another character who never loses her cool but is equally as interesting. Laura is the film’s femme fatale. There’s no mistaking how much she wants Brendan to stop searching for his ex-girlfriend, who clearly never gave him the time of day, and wants him to just move on with his life rather than being in his deep level of mourning.  The Pin and Laura both inform how Brendan approaches the world of drug dealing, what is popular, and how to fight through the different social cliques to find the answers he needs to make peace with Emily’s death. 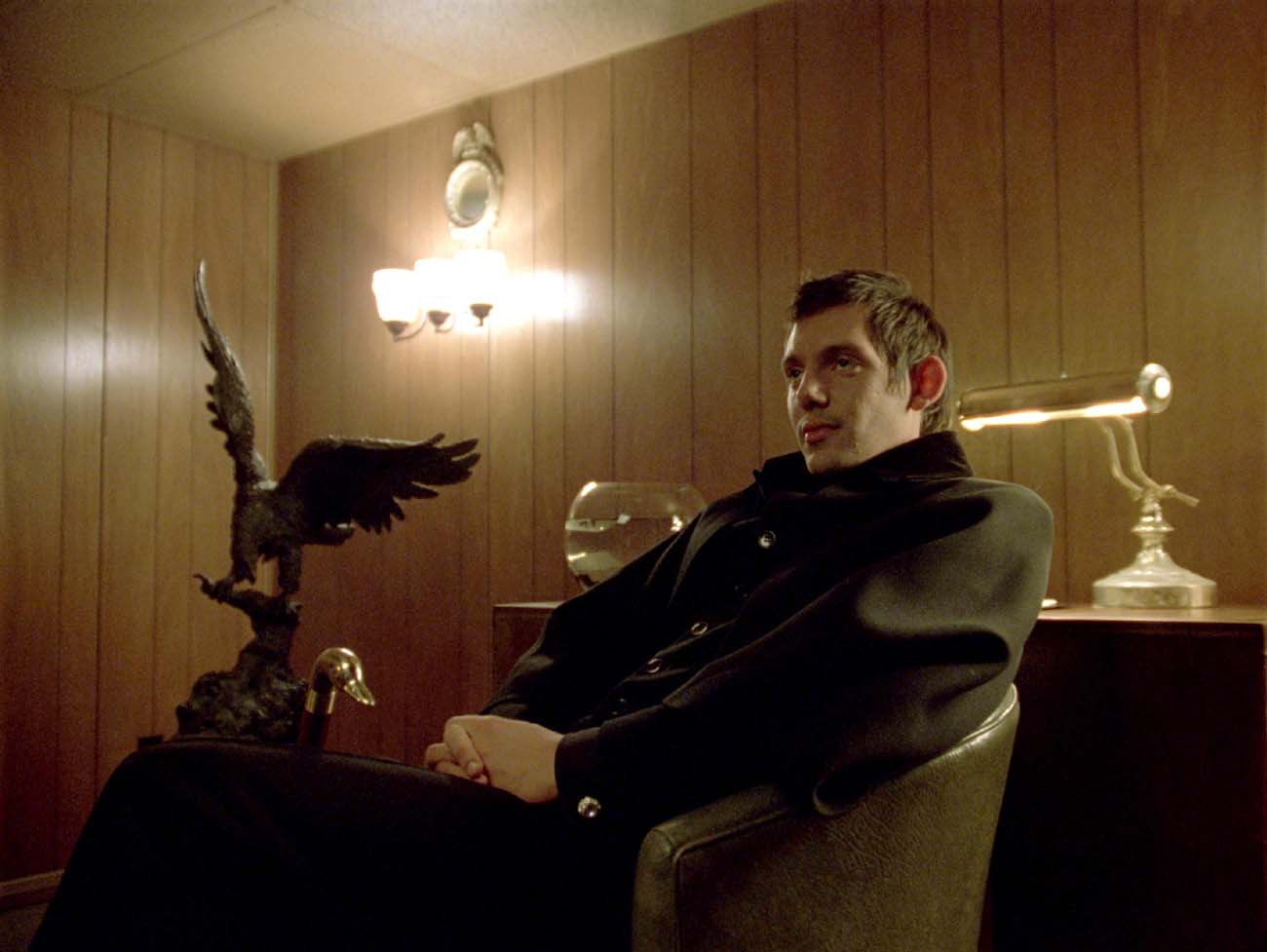 When I first saw Brick, I had never seen a writer go to such deaths to explore both an ever-evolving mystery and depression about the loss of someone you love.  The use of language lifted from detective stories within the film to color it to that genre is so much of what makes the writing in this film unique. Johnson does not let the audience off the hook to educate them about the story he’s telling. He expects them to follow along, and if they get lost, just run to keep up.

What makes Brick even more of an impressive feat is that this was Johnson’s first time directing and writing a feature film.  I’m thankful because this film took me somewhere new and made me ask questions about the film process that hasn’t mattered to me before. It’s always great when a movie can take you to new places, but you know you’re passionate when you want to write about it. That’s what this film made me do.  I became a writer because I wanted more experiences like that, and I will forever be grateful that it put me on that path.

Brick Is Currently Available For Rent or Purchase on Digital 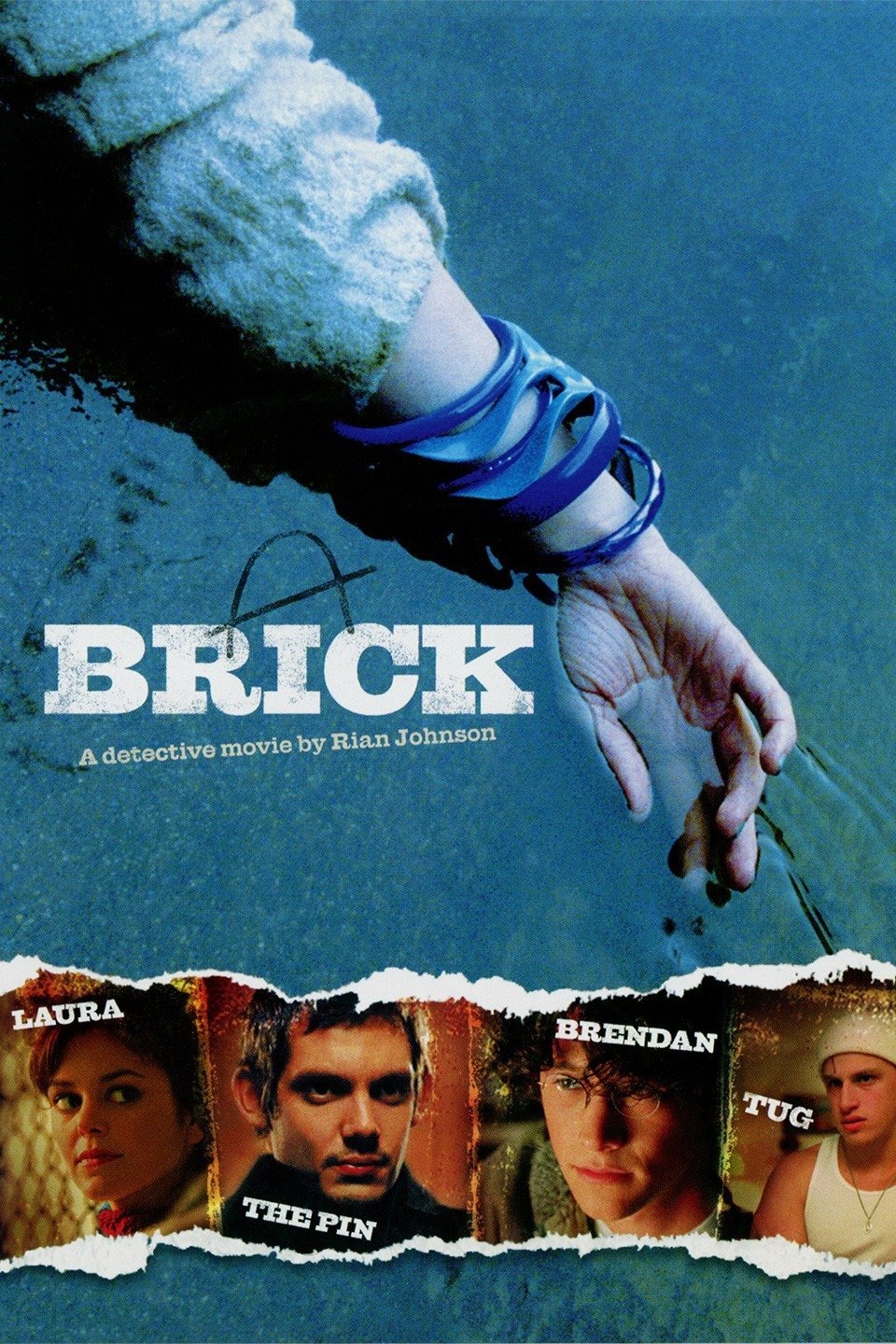 'Films To Be Thankful For' is a column dedicated to providing mini-reviews for the films I am thankful were made, as they inspired me in some way. In the first installment of Films To Be Thankful For, I wanted to highlight a film that ma...
0
Average User Rating
0 votes
Please sign in to rate.
Film:Brick
Cast:Emile de Ravin, Joseph Gordon-Levitt, Lukas Haas, Nora Zehetner
Director(s):Rian Johnson
Writer(s):Rian Johnson
Genre:Neo-Noir
Studio(s):Focus Features
MPAA Rating:R