Films To Be Thankful For’ is a column dedicated to providing mini-reviews for the films I am thankful were made, as they inspired me in some way.

Home Alone 2: Lost In New York is my favorite Christmas movie. I watch the Chris Columbus directed feature every year, and it never gets old.  How is that possible given that the plot of this film is a retread of the first?  Allow me to explain.  This sequel takes place two years after the original film, and Kevin McCallister (Macaulay Culkin) is older but not necessarily more mature.  Like the first film, Kevin “supposedly” ruins Christmas by punching cousin Buzz (Devin Retray) during the school play, and the entire family blames the incident on Kevin.  Upset for being blamed again, Kevin wishes he went on his own vacation instead of spending Christmas with his family.  Kevin’s wish becomes a reality, and he ends up living the good life in New York while fending off Harry (Joe Pesci) and Marv (Daniel Stern) a second time to save Christmas.

On paper, the sequel written by John Hughes should be absolute trash, but in 1992, when this movie was released, New York was the city where you could get lost and have amazing experiences as a ten-year-old.   Hughes was smart, though, not to make the location the only real draw of the movie.  Tim Curry is effortlessly evil and stuck up as the hotel manager credited only as Concierge.  The idea that a ten-year-old can now get the upper hand on thieves who’ve battled with him before is ludicrous, but it is amazing to watch Culkin use charm and wit to survive in the Big Apple in a performance that speaks volumes about his creditability as a young actor. 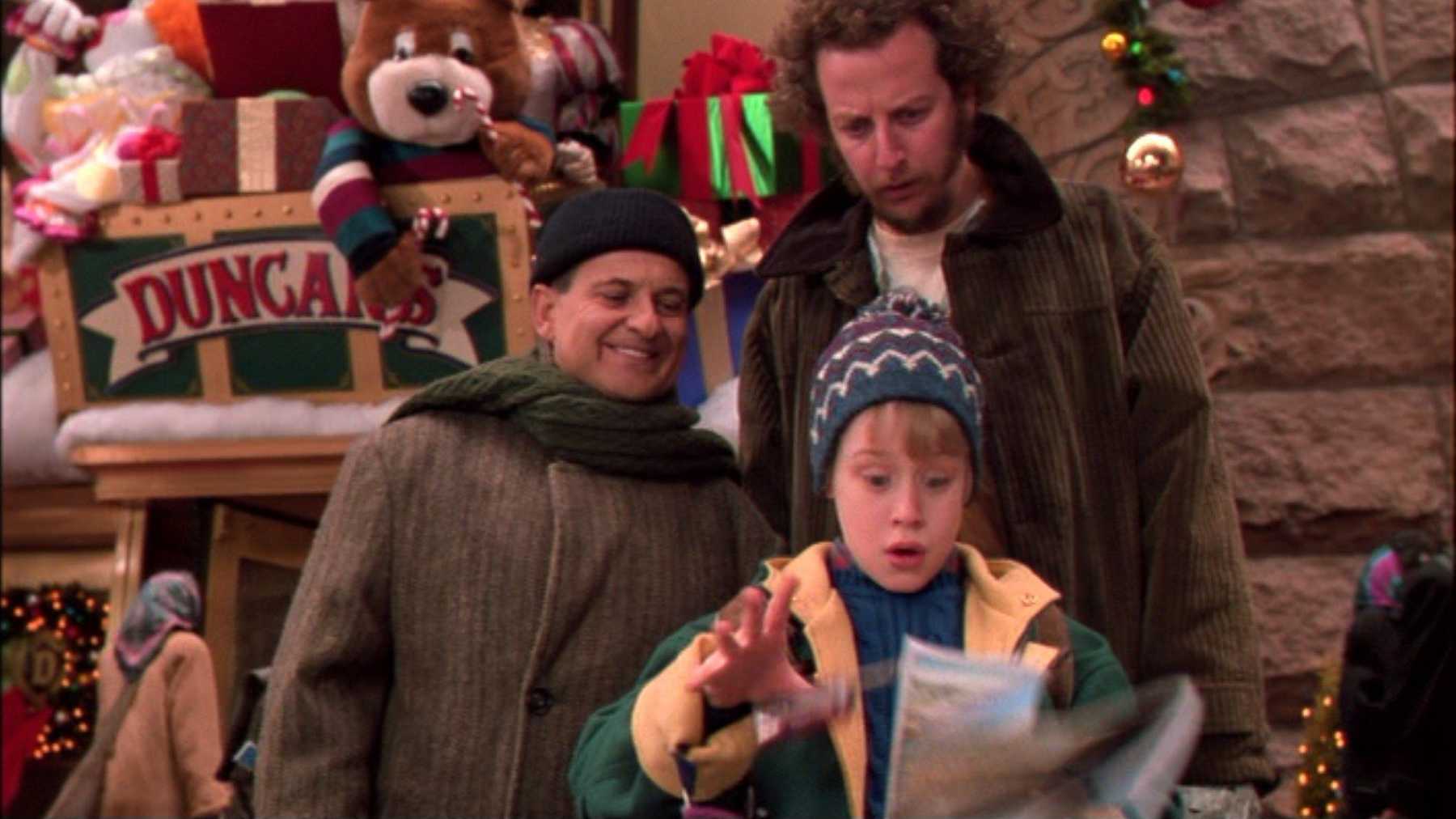 Home Alone 2 has a bit of a surprisingly emotional core that, for me, didn’t exist in the original film.  Yes, Kevin is still scared of and befriends a creepy older person but, the film makes it imperative that Kevin succeed in stopping the bandits because they were stealing money from a donation chest meant to go to a children’s hospital.  This detail may be insignificant to many audience members, but, as a child who spent a large part of his life in the hospital due to an immune deficiency, Kevin’s mission became personal to me.  The few moments where the film openly acknowledges who Kevin is fighting to prevent Christmas from being ruined made me feel protected and valued in childhood.  As an adult, the same moments remind me of all the children still fighting their own battles, and it makes me grateful that I mostly conquered my own.

This film is about giving hope where generally there would be none.  This movie differs from the original, which was a home invasion movie, and makes it more about being grateful for what you have, the ultimate Christmas theme. This theme means everything to make the tone of the movie works even though it’s the same as the last one.  Part of why the tone still resonates is because of the score by the phenomenal John Williams. There is something so whimsical and mischievous about the score he created for this film. In a way, even though he reused his own theme, he adds complexity to it by his use of bells choirs and strings. This is something he would be known for in his much later work but is fairly prominent here.

Home Alone 2: Lost in New York because as much as it refuses to change, it adds enough complexity to the story to make Kevin even more likable and the bandits more detestable.  It may be pure escapism for children, but it does show the meaning of Christmas is to provide hope to others when there is none and be kind and considerate to all.  A lesson that should be taken in by everyone and why I am thankful for it every year. 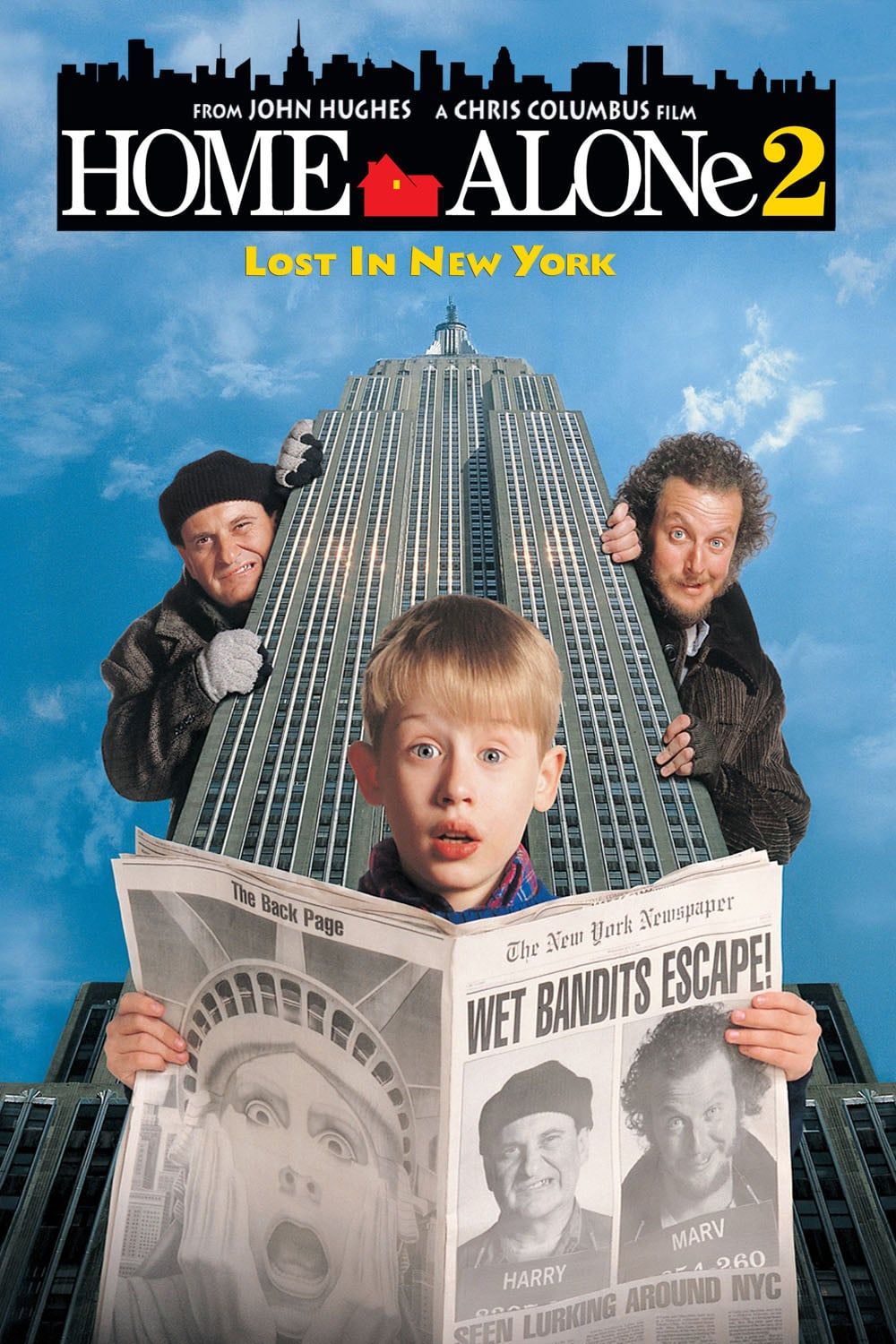