It is the 25th anniversary of a science fiction classic. While I haven’t done a complete series like last year, I am continuing the tradition of films to be thankful for with Star Trek: First Contact. The film was directed by Jonathan Frakes, based on an idea by Rick Berman, Ronald D Moore, and Brandon Braga. The premise is simple. The Borg have gone back in time to the 21st century to stop first contact from happening with the Vulcans. It is up to Picard and his team of the Enterprise E to stop the Borg and make sure history is written about first contact with an alien race.

I am an unapologetic fan of this particular entry in the Trek canon. My love for it comes from the film serving as a sequel to the events of “The Best of Both Worlds.” You have Patrick Stewart playing Captain Picard as a man still trying to process the trauma of assimilating into the Borg collective. Additionally, he also wants to wipe that alien race off the face of the galaxy because of his experience being assimilated and so many other PTSD symptoms. The rest of the team, which includes Geordi (LeVar Burton), Riker (Jonathan Frakes), Beverley (Gates McFadden), and Deanna (Marina Sirtis), are responsible for making sure that history still occurs the way it was meant to.   If you’re wondering why I didn’t mention Data (Brent Spiner), it’s because he is caught in the love trap of the Borg Queen (Alice Krige).   She offers Data the ability to be human. I love this plotline because it gives Data the level of immersion he’s always wanted as an android. He doesn’t quite realize the cost of that gift, however.

What really brings me into the film every time is the internal struggle of Picard to save his crew while holding onto his sanity.   This is one of the most personal stories in all the Star Trek Canon. Patrick Stewart gives the performance of his life and has some of his best lines. You know a movie is good when they can sneak in a Dixon Hill scene. I also love how Brent Spiner is having a real struggle between choosing whether to be a human or keep his android form.

On the surface of Earth, we also meet Zefram Cochrane. James Cromwell plays the role with the appropriate affectations of years of alcoholism.  I love that for the Enterprise crew, getting Cochrane to agree to do the space flight is like pulling teeth. I also love that his friend and assistant Lily, played by Alfre Woodard, is probably the breakout star of the entire movie because she’s so blunt. This movie is filled with so many good moments. The hardest moments to watch are when the Borg attack people. This movie says something about what it means to be humane and how we can spread kindness to other parts of our world or the galaxy. That is a message that is still relevant today.

The only major misfire that occurs throughout the entire film is runtime is the idea that Picard would fight this entire alien race pretty much by himself because he wants justice that badly. I honestly don’t think Picard would be so self-serving, and I don’t think it’s in the character’s nature. The dumbest part of the movie is the spacewalk, but I can let it go because the action occurs in zero gravity. The whole scene is stunning to look at. I often wish modern sci-fi had the strength of its convictions to discuss where humanity succeeds and fails, but Star Trek did it first and did it best.

Is this the best science-fiction movie ever made? No. Parts of it are complete cringe. What makes it memorable is the journey takes you on. Science-fiction has a hard time these days taking you on a believable journey, and somehow this film accomplishes that feat with its eyes closed. Maybe that’s because it had a built-in audience? I know people all over the world are fans of this outing in the Star Trek film canon. I think that’s because the film speaks to who we can be as a community and citizens of the world and how far we still have to go before reaching the type of ambition and Jean Roddenberry envisioned. I still think we can reach those stars. I hope after revisiting Star Trek: First Contact, you believe we can too. 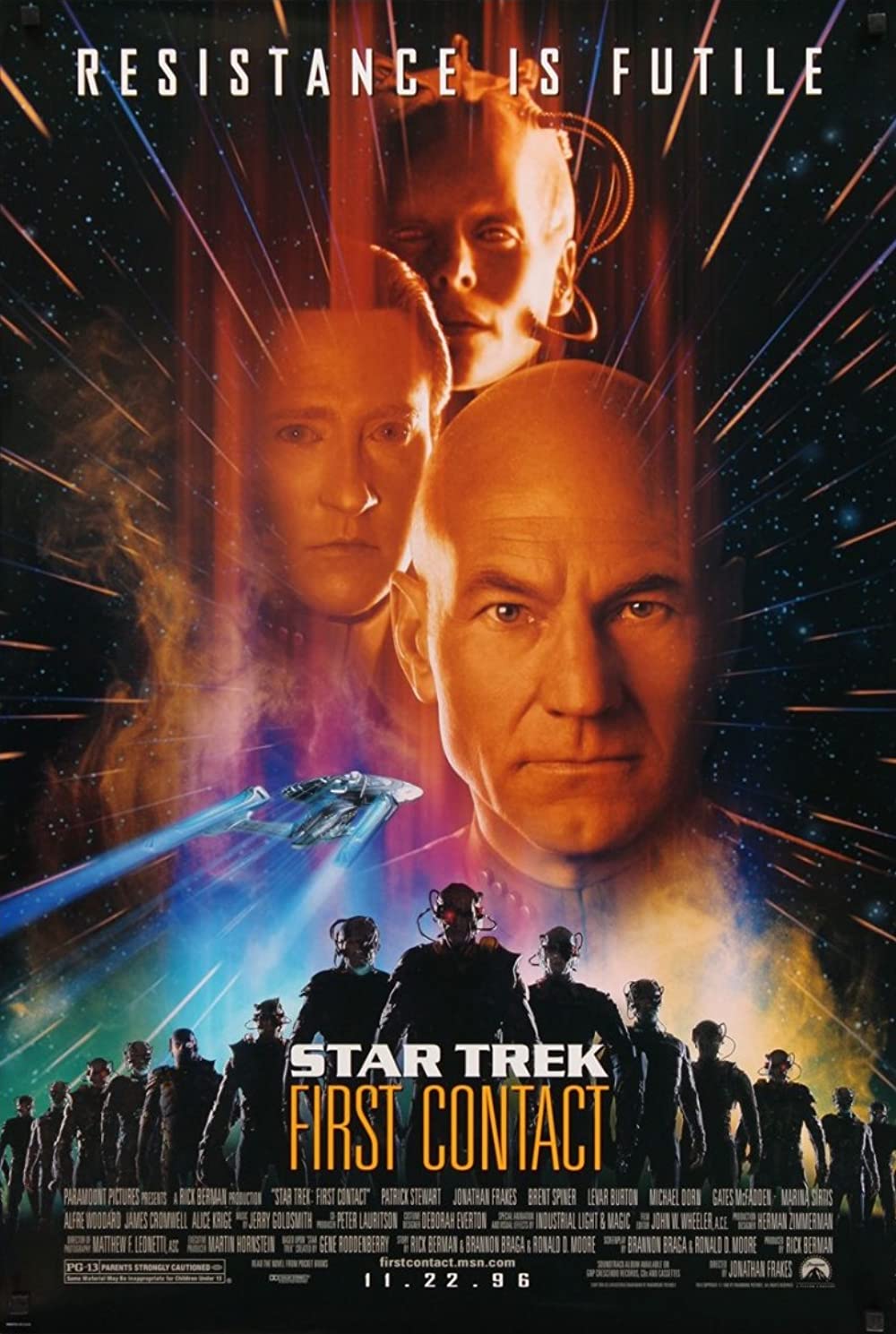 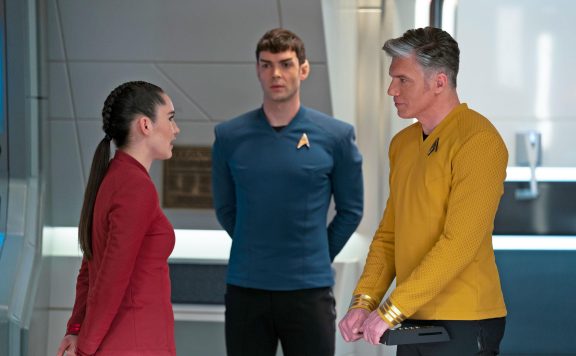 Films To Be Thankful For: ‘Star Trek: First Contact’