Remakes, Reboots, and Sequels get a bad rap for being lazy cash grabs by studios to try and convert emotional connections to the beloved material into movie ticket sales… and that bad rap is well deserved. Ladies and gentleman may I present to you exhibit #3824295201: Flatliners.

Ellen Page (Juno) steps into the babyface doc with reckless abandon role originated by Kiefer Sutherland in the 1990 film playing med student Courtney. She solicits some colleagues (Kiersey Clemens, Dope; Nina Dobrev, Let’s Be Cops; Diego Luna, Rogue One; and a barely able to pull off an American accent James Norton, Belle) to medically supervise the stopping of her heart to kill her for one minute (FLATLINERS-ing, get it?) and then bring her back to life in order to test hypothesis about what happens after you die. Is there a brilliant white light? Are there angels? Is there a heaven and/or a hell and/or purgatory? Do you get all 72 of your virgins at once? Okay, so they’re mostly studying brain activity following the stopping of a person’s heart, but you get the gist. 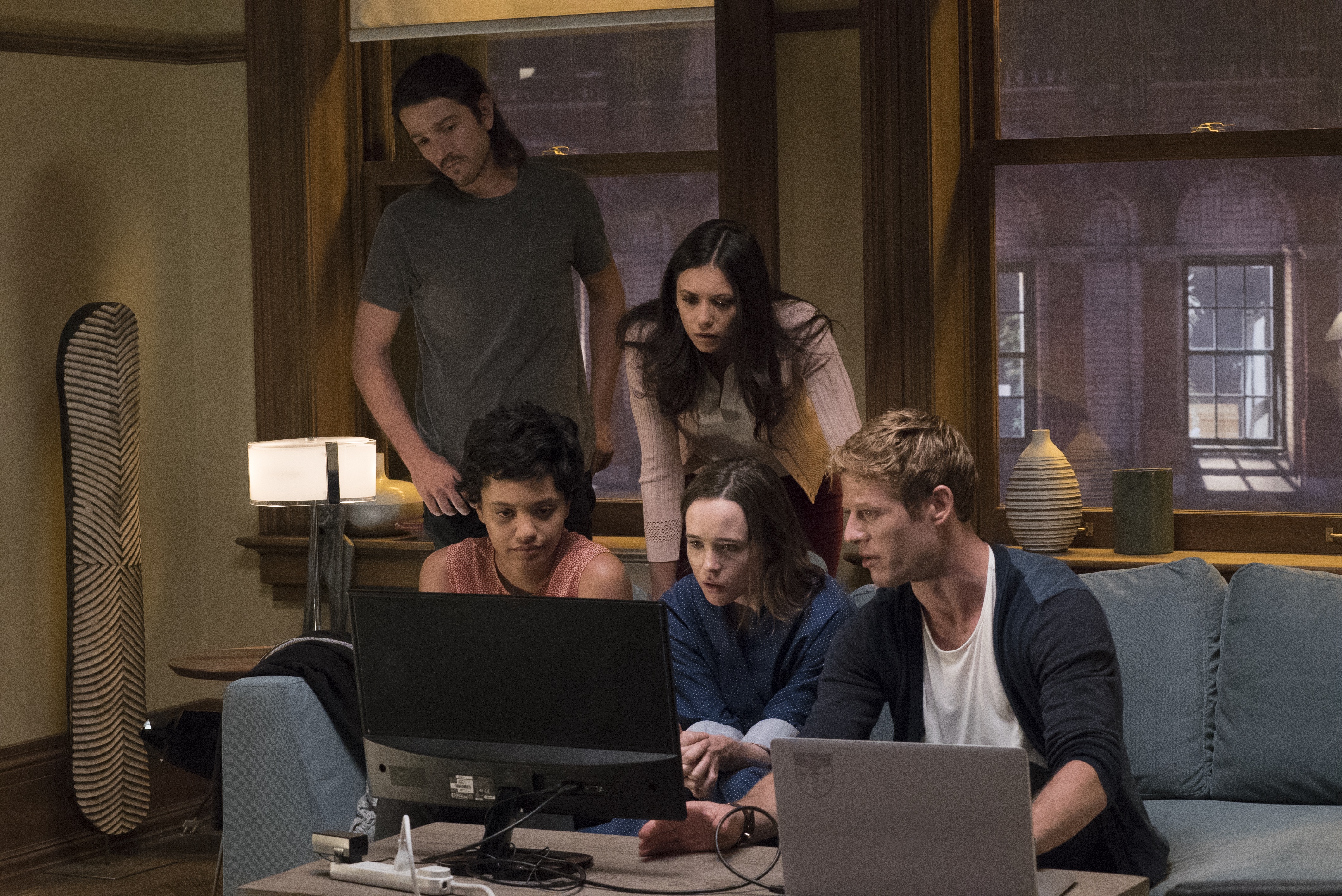 With all the scientific advancements in the last 27 years, one would hope that this Flatliners would improve on the concept of the original somewhat to utilize the science as a launchpad to ask more complex philosophical questions than one could ask in 1990. But no, we’re here for audience tested PG-13 scares. As in the original, the entire crew save for one intelligible med student (Diego Luna’s Ray stepping in for Oliver Platt’s Randy – notice how they added two letters to the character’s name so you wouldn’t know it’s the same?) decide to follow suit, one by one pushing their bodies to stay dead for longer and longer. Side effects at first include nausea, shortness of breath, and a heightened abilities to expertly perform medial skills both new and routine. Long-term side effects include BEING HAUNTED BY GHOSTS!!! … But are they really ghosts?

What was probably meant as an improvement over the original – how can a character be seeing the ghost of someone who is still alive!? – becomes downright laughable with sloppy script work, as the film feels the need to attempt to explain to the audience how such a phenomena could actually occur. While even the least astute audience member can figure out from simply reading the premise that these med student morons are cutting off oxygen to their brains while dying and getting high, the film wraps that in an overlong mystery so translucent that your mind can only wonder. Mine spent half the film wondering why Ellen Page and Kiersey Clemens are slumming it in this predictable dreck, and why no one told them they could’ve phoned it in like the rest of the cast. 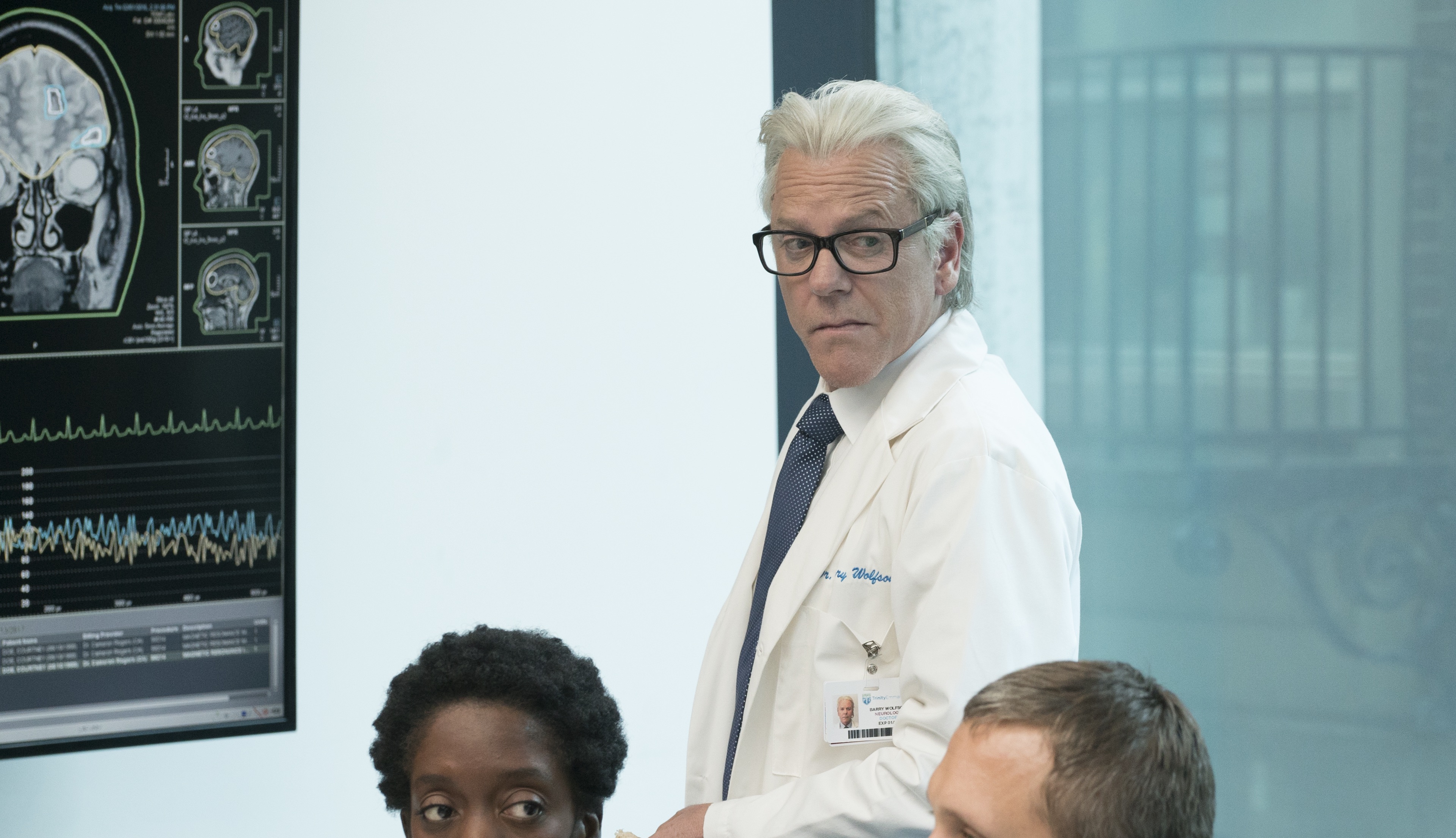 I recently rewatched the original Flatliners with someone who had never seen it before – he aggressively fell asleep before we even hit the halfway mark (it was an afternoon). As I found myself watching Julia Roberts’ and Kevin Bacon’s hair more than the film itself, I realized that there is, in fact, no Santa Claus and that the original Flatliners… isn’t good. I mean, it’s better than the rubbish opening this weekend, but still… I think we all just remember Kiefer Sutherland going bananas and Oliver Platt’s quips (along with the aforementioned majestic hair) more fondly than is warranted. Director Niels Arden Oplev (the original Girl With The Dragon Tattoo) and screenwriter Ben Ripley (Species III) had a genuine opportunity to take a great high concept and execute it in an exciting and fun new way with this reboot sequel. Instead, we get a tired retread seemingly reveling in its PG-13ness to never actually say anything or elevate this potentially potent psychological horror beyond jump scares.