Rings could have been an excellent opportunity to explore The Ring in the internet age. What is The Ring when nobody uses VHS anymore and instead watches all their video online? Rings does not explore that. Instead, it just rehashes The Ring but using copied video files instead of tapes. 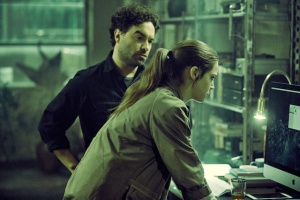 Julia (Matilda Lutz) is staying home to take care of her mom while her boyfriend Holt (Alex Roe) goes off to college. When Holt stops skyping and suspicious people contact her, she goes looking for him. Holt’s okay, for now. He just got involved with Professor Gabriel Brown (Johnny Galecki)’s social experiment to organize the sharing of Samara’s chain letter video.

There’s a whole bunch of ideas in Rings that go nowhere. A professor trying to outsmart the Samara curse could be something. It never pays off, though. It’s only there to get Julia involved with watching the video, which could have also been achieved by having her find it on Holt’s computer, or having someone e-mails it to her. 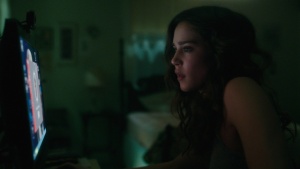 The idea of computer video should open up a whole realm of possibilities. The way to pass the curse on is to make a copy of the tape and give it to someone else. E-mailing a file is the least interesting way to do that. Does uploading the video to YouTube count as making a copy? Even if it does, what happens to all the people who watch it? They can’t make a copy of a youTube link to share it. Wouldn’t that end the curse if there’s no one to pass it on to? 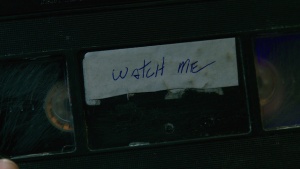 The Ring franchise has totally skipped over the DVD age. VHS was already on its way out in 2002 but imagine if someone burned the tape onto DVD. Then Samara would have a lock because you can’t copy a DVD unless everyone invests in DVD burners. Some Skype video warps once, but that doesn’t even make sense. Why would Samara have powers over Skype? I guess because the person one one computer watched the video, but then why isn’t Samara capitalizing on everyone’s Skype/Facetime obsession to show her video?

They also play with a familiar college experience by validating the unhealthy version. It’s common for lovers to go to separate college and find that one or both discover new people in college. It’s heartbreaking, but it’s healthy for growth. So it makes sense as a metaphor for an evil spirit to be the one actually keeping Holt away from Julia. But by not exploring that any further, Rings just validates that you should come to the rescue of your high school boyfriend even if he’s giving you all the signs that he’s just not that into you anymore. 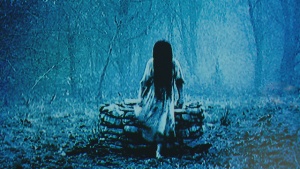 Most of the film is spent discovering the story we already know. Most horror sequels have speedy ways of catching up new viewers, but not Rings. It truly recaps the entire Samara story in about as long as it took to explain in the entire first movie. Where it expands on the mythology is just thin, predictable and boring. Julia’s visions literally give away Samara’s family tree. That’s not foreshadowing. That’s telling us.

Superficial details added to the Julia and Holt story in an attempt to give it color betray the screenwriters’ own knowledge. They read Orpheus and Eurydice in English lit class? THAT’S GREEK!!! Even if they read an English translation like I did in high school, do they just lump every culture’s literature into English now??? That’s what’s wrong with the school system.

Honestly, Rings feels like a straight to video sequel, and that’s insulting all the Universal Soldier and Undisputeds that still make good sequels for video only. Even with Galecki and Vincent D’Onofrio showing up, Rings just goes through the motions of the same story with the same green tint just to keep the title going. I can only imagine they signed the contracts for a theatrical release, and now it’s too late to go back. 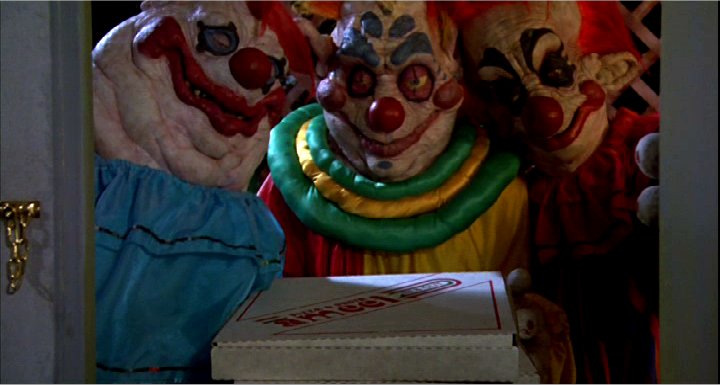 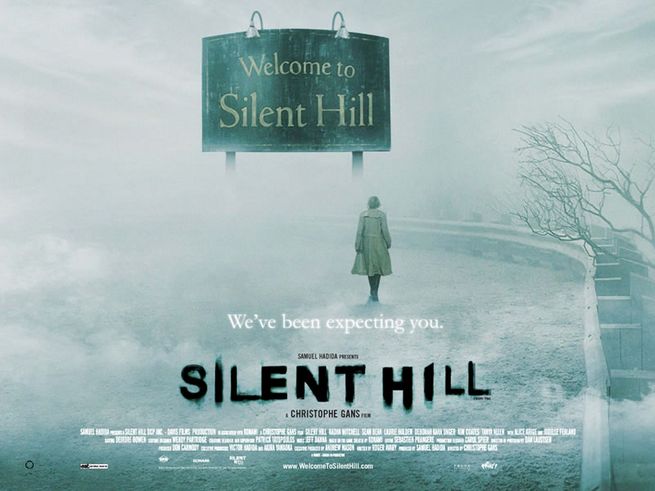 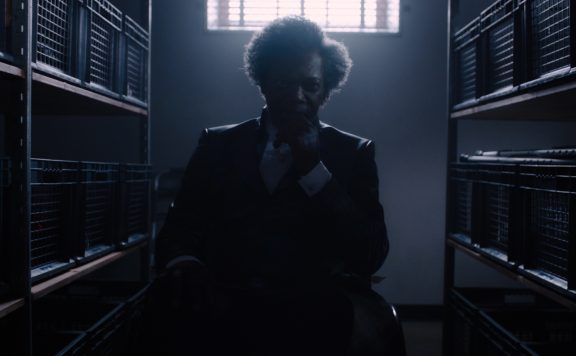 Rings could have been an excellent opportunity to explore The Ring in the internet age. What is The Ring when nobody uses VHS anymore and instead watches all their video online? Rings does not explore that. Instead, it just rehashes The Rin...
0
Average User Rating
0 votes
Please sign in to rate.