Armisen plays the voice of Cole, one of six ninjas fighting Garmadon. He’s also a voice on the upcoming Netflix animated comedy Big Mouth and has the final season of Portlandia coming out. The LEGO Ninjago Movie is in theaters Friday, September 22.

Fred Armisen: Hey, what a great name. Are you Frederick? 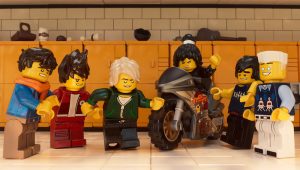 FF: It is short for Frederick.

FF: Actually, when I interview celebrity Freds I hear great stories. Fred Willard told me about the Fred Club. Growing up I would get Freddy Kreuger a lot.

FF: I agree and I told Robert Englund that. Even though he’s a monster, he’s a cool monster.

Fred Armisen: He’s great. I think it’s a good name. It’s weird, it seems sort of old fashioned sometimes but I guess we’ve brought it back in.

FF: For one brief year I’d get called Right Said Fred but that didn’t last.

FF: Did you create Cole the same way you create characters for SNL or Portlandia?

Fred Armisen: No, not at all. This was all scripted out. The cartoon, the animation existed before the movie so they had it well thought out and designed for me. I sort of stepped into the shoes which is great for me. I like either way.

FF: Normally they animate to the voice, but you saw animation first?

FF: Did Cole exist in the show too?

Fred Armisen: Oh yeah, all of them did.

FF: Did you play with LEGOs as a kid?

Fred Armisen: Yes. I built things that made no sense. Then I built things that resembled houses and they were all over the rug, like everybody. I only later in my childhood did I get those ones that come in a set where it could look like something. I had a weird space plane one. I never built a castle or anything like that.

FF: What sort of abstract things would you build?

FF: Just stream of consciousness whatever you felt.

Fred Armisen: I imagine most kids do that. A lot of walls. Just a lot of big walls that fell apart, which is what they’re meant for I guess.

FF: Now Big Mouth is not for kids. 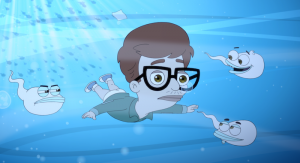 Fred Armisen: No, that’s not.

FF: Tell me about Elliott.

Fred Armisen: Nick Kroll is the main character as a kid and I play his dad. Maya Rudolph plays the mom. Those parents are so forward thinking that they talk about sexuality openly and love and they’re very affectionate and they’re very syrupy. They’re not shy to talk about teenage issues so they think they’re being good parents, but they say too much.

FF: Have you started writing the final season of Portlandia yet?

Fred Armisen: We just finished shooting it on Saturday

FF: Are there any recurring sketches that get a big finale?

Fred Armisen: We tried to keep it entertaining and fun. We were tempted when we were writing it to have some endings to some of them, but it’s too self-aggrandizing. We didn’t want to get lost in that. We wanted to make sure it was still a funny sketch show. So there’s little things that we did for ourselves more than anyone else, but the couples that are in it, they continue as they were.

FF: Would you ever do another sketch show?

Fred Armisen: Never, unless I was in someone else’s sketch show. I got too lucky. I was on the biggest one and then on Portlandia. What third sketch show am I going to be on as a cast member that’s going to make any impact? I have to rethink how I do comedy because then why? It’s better to come up with something new.

FF: What are you watching on TV?

Fred Armisen: I just finished the new Twin Peaks, never missed an episode and I loved it very deeply.

FF: Is your future pretty much full time on Late Night now?

Fred Armisen: No, I have a standup special I’m shooting in October, then a pilot for someone else. This show on Amazon with Maya Rudolph. There isn’t much more information but that’s something that’s starting to come together.

FF: The way all their half hours are dramatic.

Fred Armisen: Thanks, Fred. Thank you for complimenting our name. You know what it means in Norwegian, right? Peace. Frederick is a rich and peaceful king. 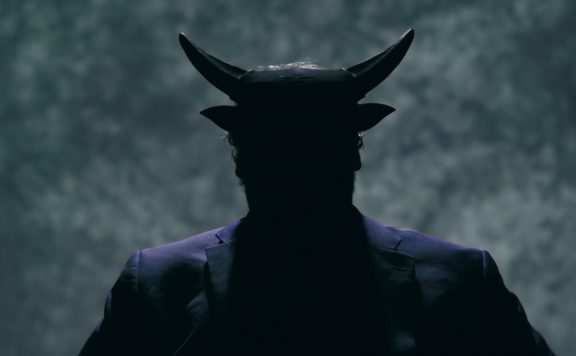 I love meeting celebrities named Fred. Actually, I like meeting anyone else named Fred. It is a special bond, but when I interview famous Freds I can make it part of the story. Fred Armisen played right along when I interviewed him for The ...
0
Average User Rating
0 votes
Please sign in to rate.
Cast:Dave Franco, Fred Armisen, Jackie Chan, Justin Theroux
Director(s):Charlie Bean
Genre:animation, Family