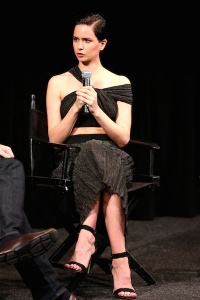 Franchise Fred’s main purpose for attending the Los Angeles edition of the 20th Century Fox showcase was to see the new footage from Alien: Covenant. This is Ridley Scott finally returning to Alien, after turning Prometheus into a prequel that only birthed a xenomorph at the end. Katherine Waterston was in Los Angeles to speak about the film, and even she was freaked out by the footage.

“I can’t handle scary movies at all,” Waterston said. “I just did not think about having to watch it. You read a script or shoot something, it’s different. Ridley’s good at freaking people out.” 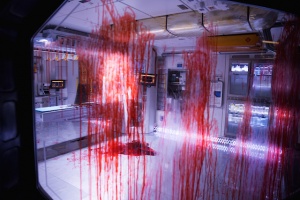 Aftermath of the neomorph in Alien: Covenant

We actually saw a new creature in the Alien biology called the neomorph. While it is unmistakable from the creature that pursued Ripley in four movies, it boasts some surprising differences and they are very R-rated and bloody. I won’t give it away, but spoiler warning: it’s in the new trailer they’re releasing.

“We saw everything ahead of shooting,” Waterston said of the visual effects. “We did our first read through in a room that was just surrounded on all sides by disturbing images of the aliens and what they can do to a person. So yeah, I think we were all kind of green for a number of reasons at that first reading. Then we got to work with a lot of puppets and stuff which is so useful when you’re making a movie like this. You don’t have to use your imagination, which is hard.” 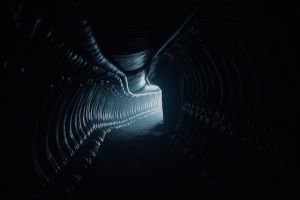 Alien: Covenant follows Prometheus and is set among the crew of the Covenant. Amy Seimetz plays a medical officer who is very concerned with what she sees, and Danny McBride still makes racy jokes, but in the context of blue collar workers ribbing each other.

“It is a colony mission but everybody up there is astronauts,” Waterston said. “My character is a bit more concerned about the decisions the leadership is making at that point.”

As the female lead facing off against the monsters, Waterston’s character could be considered the new Ripley. “I actually think it’s probably really accurate,” she said. “There is a broad at the center of the film fighting aliens, and yeah, it’s a tall one again. I see that parallel for sure. In terms of the narrative, I don’t know that there’s an obvious link there.” 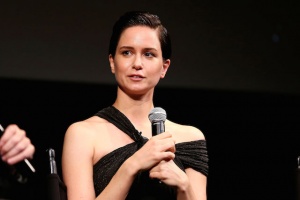 Waterston sports short hair in Alien: Covenant, though not as short as Weaver in Alien 3. She actually got the idea from her Fantastic Beasts and Where to Find Them costar.

“Sigourney ends up with short hair in those films but in the first one, she’s got this very shaggy situation,” Waterston clarified. “I had a bob for Fantastic Beasts. I was still shooting that when I got this job. I was already, even before I got this job, I was really drawn to Ezra Miller’s haircut in that film. It a sort of miniature bowl cut. He was sad about it because he knew it was right for his part but he didn’t really like having it look like that on the weekends and stuff. But I thought that he looked like Ian Curtis who I loved, so I told him, ‘You look like Ian Curtis’ and that made him feel better. Anyway, there was this thing with the haircut before I even got Alien. And then when I got it, they were preparing for potential reshoots on that film so they were making wigs for our hairstyles. I saw this styrofoam bust in the hair and makeup trailer one night. It had Ezra’s hairdo on it and I said, “Can I just try that on for a second?” Took a bunch of pictures of it and convinced Ridley to let me do it for the film. So I basically just totally ripped off this Ian Curtis Fantastic Beasts hairdo from Ezra Miller, who also put me on tape for this film so I feel like I should give him half my paycheck. Not half, a tip.” 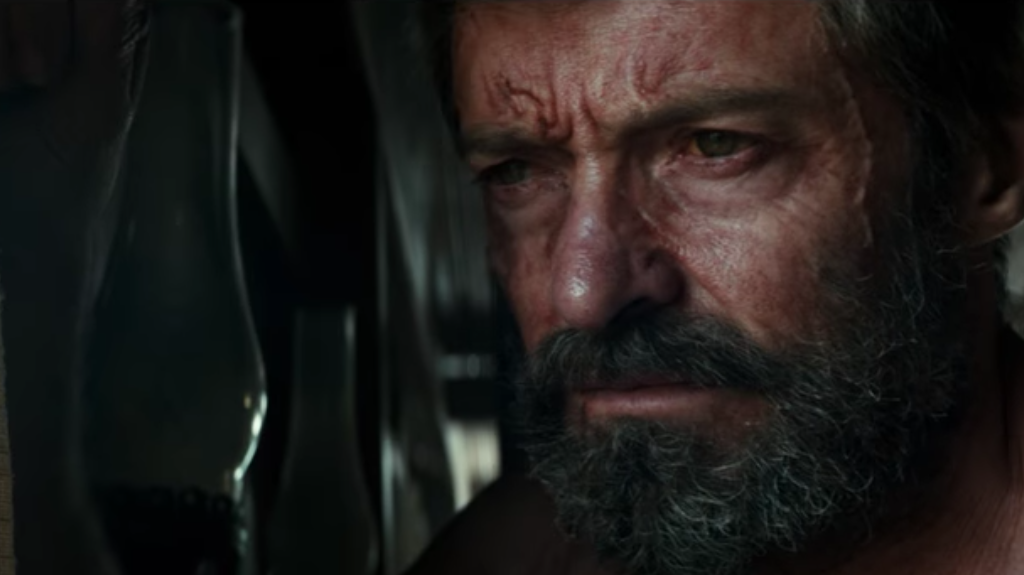 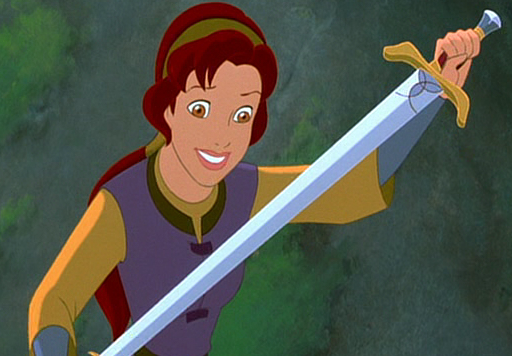