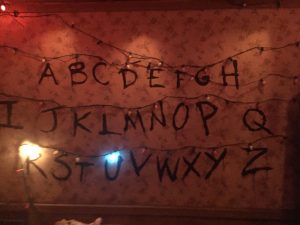 When I was a kid, I loved going to Universal Studios so I could feel like I was in the movies. Back to the Future: The Ride and T2 3-D: Battle Across Time put me in my favorite movies, along with classics like King Kong and E.T.. It continues to this day with Peter Jackson’s King Kong, The Simpsons Ride and Fast and the Furious – Supercharged. Halloween Horror Nights is a special time to walk through mazes of our favorite horror movies and 2018’s Halloween Horror Nights delivers.

My favorite, both in principle and in execution, is the Halloween 4: The Return of Michael Myers maze. I love that they chose one sequel to do. Not the original, not one that combines all the movies, not even one to promote the new Halloween coming out in October, but 1988’s Halloween 4 (which was the first I saw in the theater because I read about it in Fangoria). I also got a kick out of the fact that it’s set up in the Waterworld space. 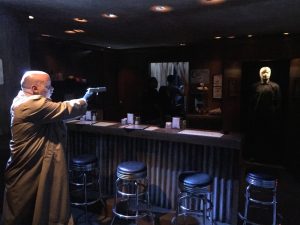 In Halloween 4 you walk through the gas station where a human Loomis is shooting at a bandaged Michael Myers, the sheriff’s house where I got my perfectly timed selfie with poor Kelly right when Michael popped out, and the power station. There are plenty of Michaels popping out around every corner.

The Springfield section has been Halloween-ized, playing the music from Treehouse of Horror episodes of The Simpsons. You’ll here the Addams Family-ized Simpsons theme and the classic Springfield graveyard music. The Terror Tram is not based on any franchise that I know. Koodles the clown seems like an original scary clown. Too bad there have been no movies about scary clowns they could have licensed for a horror attraction. Maybe some day. 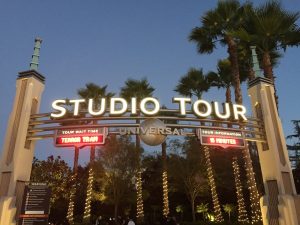 The Walking Dead maze is a franchise though, from comic books to television. It starts you off immersed in the show as the queue line is the hospital in which Rick Grimes wakes up. You’ll walk through the prison and many chicken wire fences with zombies trying to get through. The zombie makeup looks like TV quality from KNB, at least in the dark of the maze. 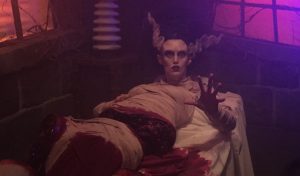 The Universal Monsters maze has a lot of ground to cover with the studio’s most prolific classic franchise. They cover all the creatures with rockin’ music from Slash almost drowning out the screams of passersby. 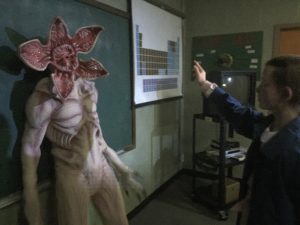 Stranger Things is the most popular franchise maze and will have the longest lines, but you get to hear ‘80s music while you wait. It seems focused on season one, climaxing with the demogorgon in the school, and you’ll walk through the Christmas lights and very convincing Winona Ryder and Matthew Modine lookalikes. 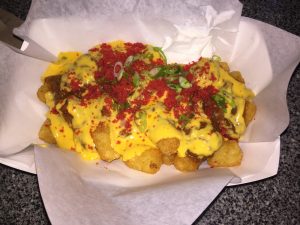 Then you’re going to walk all the way to the backlot’s New York Street for three more mazes. Halloween Horror Nights 2018 really covers a lot of ground in Universal real estate. 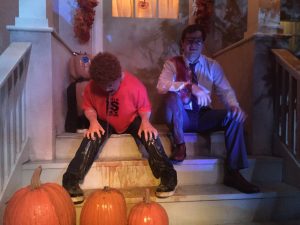 Trick ‘r Treat covers all the stories in the anthology movie, including a Dylan Baker lookalike for The Principal.

The First Purge maze is very distinctly based on the prequel movie, not just the greater Purge franchise. In the queue you’ll see the interview videos from the film, and real life volunteers will recruit purgers in line. When you go through a room of dummies, one of them is a real person. I spotted her before she jumped out because I’m perceptive. Later, they use light string to simulate bullets spraying around you quite effectively. 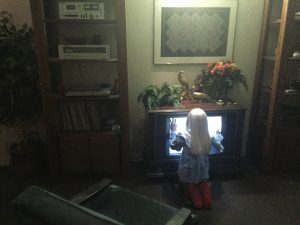 The Poltergeist maze is a trip back to 1984 for the original classic. They recreate all the key scenes from the movie, including the tree through the window, the kitchen and the other side. The skulls will spray you, so watch out. 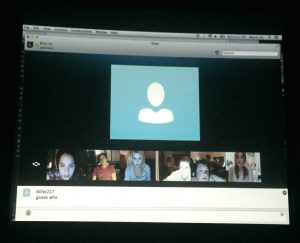 The Horrors of Blumhouse: Chapter Two allows you to experience the Blumhouse classics Truth or Dare, Unfriended and the upcoming The Girl. I didn’t see Truth or Dare but I believe them they dared a guy to cut his tongue out. I’m glad they chose the first Unfriended and not the recent sequel. You get to walk through the computer rooms where all the kids are forced to kill themselves. Then you’ll meet The Girl and the big red demon from her movie to get you ready for the new movie!