An Inconvenient Sequel opens with soundbites of all the deniers to the first film and climate change in general. It’s a pretty crushing place from which to start and indeed much of the film is about Al Gore still struggling to convince people climate change is real. He thought the movie would work.

Gore is graying now so this is his Rocky Balboa. He’s back to keep fighting the good fight but it’s taken its toll on him. He’s actually training people to be his Creed. A lot of the film is about Gore’s Climate Leadership Training programs were thousands of people learn the Inconvenient Truth slideshow so they can give more talks to more communities in more languages than Gore alone could.

The slideshow is bigger and badder too. He’s got new charts, baby! The hottest years on record are predominantly in the last decade so it’s a doozy. He’s got statistics on solar and wind power, the booming Chilean solar market and many more to add to the Inconvenient Truth franchise.

There is a lot more field work incorporated with the slideshow, which is a good thing. The biggest criticism of the first film was that it was just a filmed slide show. That’s legitimate, and it still won the documentary Oscar. This time Al Gore visits Florida during a flood, and we see video of the streets of India melting. People get stuck. A woman falls out of her shoes!

Some of Gore’s predictions were directly proven right. He predicted rising sea levels would flood New York City up to the 9/11 memorial, and they did. Yet all this documented evidence happening in real time is written off by the people in power. I also had to pee three times during An Inconvenient Sequel and I blame global warming for that. Franchise Fred’s bladder does not approve.

Sadly, it’s really other countries bearing the most burden of climate change, and it’s mostly the western world contributing to it. India flat out refuses to work with the States because why would they help the people who most refuse to change? They’re not wrong. It illustrates how the climate change activists are still so outnumbered by deniers that we’re working uphill to even lend our support abroad. Global warming has accelerated the Zika epidemic. It’s touching the southern states a bit but it’s really southern countries at ground zero for Zika.

Like the original, Inconvenient Sequel gets bogged down and repetitive too. There are a lot of soundbites from international politicians about the importance of addressing climate change. How does this help? It shows support I guess, and we see many countries implement it. We also hear a lot of Donald Trump soundbites about climate change being a low priority and Obama should have focused on other things. He calls it a waste of time on record, but sure, he never said that. This is fake news.

Going over the 2000 election feels like padding. It’s still relevant in that it focused Gore away from politics but it could be quicker. I guess it’s been long enough ago that there are lots of viewers who wouldn’t know what happened, sadly.

An Inconvenient Sequel may end with more hope than the original. Spoiler alert for the 2015 Paris Agreement, but it was a success. India and Africa have replaced messy power cables with solar panels. But then the election of Trump sets up the possibly third part in the Inconvenient Trilogy. Only this time, it won’t be box office that decides if the franchise continues. We will have to monitor the actual environmental policies of this administration to find out if we’re getting a sequel. 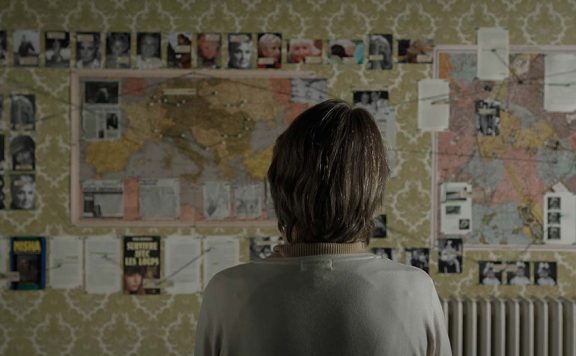 If you’re going to make a sequel to An Inconvenient Truth, it better be far less convenient than the original. Unfortunately for real life, the truth has gotten a lot less convenient in the 11 years since the first movie. Franchise Fred doe...
0
Average User Rating
0 votes
Please sign in to rate.