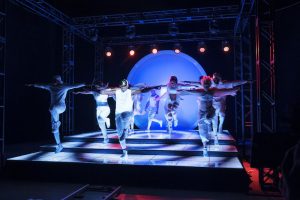 Franchise Fred approves the idea of turning Step Up into a TV series. Of course, I’d love to see more movies, but if I can see sick dance moves every week, Franchise Fred will step up to that. Even if I have to step up to YouTube Red, whose new content production is launching Step Up: High Water this week.

FF: As you developed Step Up: High Water, did you have access to YouTube’s data and analytics? 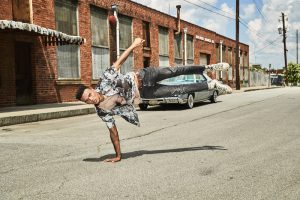 Petrice Jones can Step Up!

Holly Sorensen: They let us see behind the curtain a little bit. Channing [Tatum] was particularly interested in it. In my first meeting with him, he and I spent a lot of time talking about it so they actually had a meeting for us just to talk about everything that they’re capable of, which is pretty magical. We managed to take advantage of, even in the production of it, a lot of what they do. For instance, we have some really nice virtual reality stuff coming up, which no other network can do. They came to Atlanta. They shot two epic numbers with all their virtual reality capability. Obviously, when it came to marketing and they told us what they were capable of from a marketing point of view, it’s pretty amazing.

FF: Does part of that data include how socialable Step Up is with singling out dance numbers? 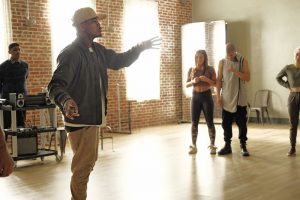 FF: Was a big part of developing Step Up: High Water the additional content?

HS: It wasn’t. I have a strong marketing side to my persona so as passionate as I was about the character and the storytelling, I always think like that. My husband’s a marketer so there’s no use killing yourself to make a show if no one’s going to see it. So all the marketing capability of YouTube was really exciting. They reach three billion users a month.

FF: That’s more than any network or streaming service has, but it’s also people watching short clips. What is your sense of how YouTube users will watch an hour-long show like Step Up: High Water? 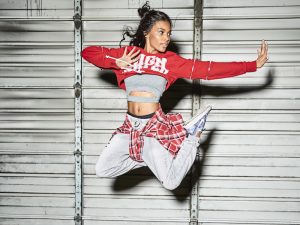 Lauren McClain can step up!

HS: I just think that if you can hook them into a really good story, it’s a matter of getting eyeballs on good stories. I think YouTube has the eyeballs and we have the good story. It’s a fucking good show and I can say that because I’m just the midwife of the show. I champion the writers room and a bunch of directors. I help them tell their stories and I’m just super proud of them. And, it has sick fucking dancing. I can’t imagine a world where you don’t fall for these kids and this show, especially because the young actors in it, they’re dancers. They’re hard workers. There’s no Disney kids in the show, and even when the acting is not perfect because we have people who’ve never acted before, it’s real. All of these kids have come to me and said, “You have no idea. This is who I am.” We had a cast dinner that Lionsgate threw for us where one of the main actors had never had a steak dinner before. He took a picture of it and sent it home to his mother. These are the kids in the show. It’s really special.

FF: How important is it to be able to show differently abled dancers, like Eric Graise who still has the moves? 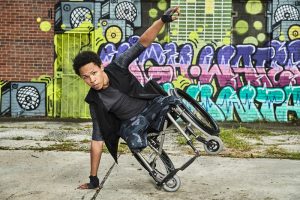 Eric Graise goes beyond stepping up!

HS: So if you want to believe in God, you write a character who is half-Asian in a wheelchair who can dance who’s a badass who’s really good looking and you need to cast an actor who’s a dancer. Then you get Eric Graise who’s half-Asian, who’s incredibly good looking, who’s going to be a star, who’s a badass. All the girls on the set had a crush on him. He’s a star. The casting Gods just smiled on the show.

FF: To write that you must have known that dancers exist who make the most of their situations.

HS: Yes. I have a sister who’s a little person. I’m involved in some disability consciousness stuff, but I wrote someone in a wheelchair thinking we’ll see what kind of disabled actors come to the table. Lo, we get Eric Graise who’s a professional dancer. It’s crazy.

FF: So you only specified wheelchair, it could’ve been paraplegic or amputee?

HS: I never thought we’d get him. So I was open. I just wanted to explore disability and movement. He’s from Atlanta. He’d never even been to Los Angeles until some kickoff we did. We shot in Atlanta so he was a local Atlanta hire. It was crazy.

FF: Atlanta is such a hub of entertainment these days. How does that define the kind of dancing and performers in Step Up: High Water? 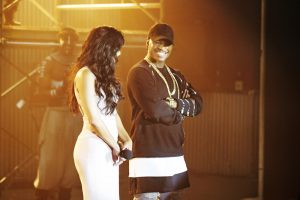 HS: A lot. We’re really leaning into Atlanta because if the show’s not real, then it’s just people dancing. We really drilled down into the aesthetic of Atlanta. We have a lot of local Atlanta artists. We had local Atlanta cameos, a lot of local Atlanta music. Obviously, it’s the Nashville of hip-hop so we do rely a lot on trap music and that style of dance. The Whip and the Nae, all the dances you kids are doing come out of Atlanta. It’s not so niche. It’s pretty mass conscious, popular culture movement too in addition to crazy stuff that’s come from there.

FF: The foster father is not wrong to focus the kids on education and work, but you’re also doing a show where you said some of the actors are achieving their dream just by being on it. How do you address that balance that there is a dream that some kids can fulfill, and it isn’t necessarily for everyone?

FF: Is there a Fame aspect to Step Up: High Water? 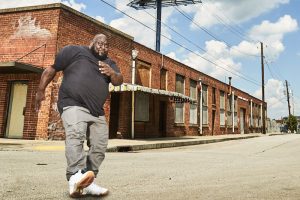 HS: Yes. As Faizon says in one of the later episodes, “We’re all about High Water but of all the kids who’ve been trying to strike it rich in the NFL, the NBA, the dance world, whatever, there’s only been one that has made it. There’s only been one.” We keep that at the forefront of the show. There’s certainly an aspirational aspect of the show. Basically the big idea of the show came when I was reading that it’s a thing for sports stars and hip-hop artists to give back to their neighborhoods by founding charter schools. So LeBron has one, Pitbull has one, Diddy has one. I just thought what if someone crazy but brilliant, like what if Kanye West founded a school? What would happen? It’s not Shakespeare. It’s marketing, it’s fashion, it’s popup stores. It’s everything, so it’s not just a show about a school. It’s the intersection of commerce and art in America right now. Those are the big themes of the show.

FF: Is that sort of what you’re dealing with on YouTube, because you’re making Step Up: High Water for fans to see but it also has to sell subscriptions?

HS: Right, but YouTube has been fantastic about letting us tell the story we want to tell. So when I first looked at the franchise, there has not been a gay person or a black person in a dance franchise as a star in five movies. The lead is a gay black man. They’ve let us go, go, go and innovate which is amazing because you buy a jillion dollar franchise like Step Up and if you look at the numbers, it’s behind Fast and the Furious. It’s a huge franchise and they let me completely reinvent it. It’s set in a weird neighborhood in Atlanta, and said, “Go. Just make sure the story works.” We think the story works.