For all the discussion of filmmaker Wes Anderson as one defined by his signature style, whether that means being trapped by it or relying on it as a means to push ambitious new ideas, it’s worth noting how clearly he loves comedy. The French Dispatch is a freewheeling comedic anthology film bursting with ideas, wit, and stars, both regulars to the world of Wes and newcomers alike. One can look at the film and clearly acknowledge how much of Anderson’s passions for literature, French New Wave, and arthouse films from the past inform his efforts. At the same time, this is also the story concerning the French bureau of a Kansas newspaper, featuring stories that involve animated car chases and psycho prisoners chasing around snooty art dealers.

Cleverly structured as a magazine come to life, The French Dispatch may have, by default, some of the best wrap-around segments I’ve seen. They all feature Bill Murray as editor Arthur Howitzer Jr., who attempts to best put together various issues based on the writers who take their work to elaborate extremes. The works include a brief travelogue and three longer stories focused on an incinerated artistic genius, student revolutionaries, and a food journalist caught up in a kidnapping plot. Each tale features plenty of Anderson’s regular players, along with some new additions. They are also all very humorous, with nary a bad performance in the bunch.

The travelogue, however brief, gives Owen Wilson plenty of time to shine as Herbsaint Sazerac (yes, all the names are very involved). As he bikes around town, Anderson’s idiosyncratic choices to present everything symmetrically are highlighted to the utmost degree. His clever use of sets, thanks to Oscar-winning production designer Adam Stockhausen, shines a light on how specific Anderson’s settings are to him as a filmmaker. Robert Yeoman’s cinematography not only highlights the very specific (albeit fictional) locations Wilson bikes to, but lays out how well the pastel colors complement the melancholic tone that is, nevertheless, filled with whimsy. 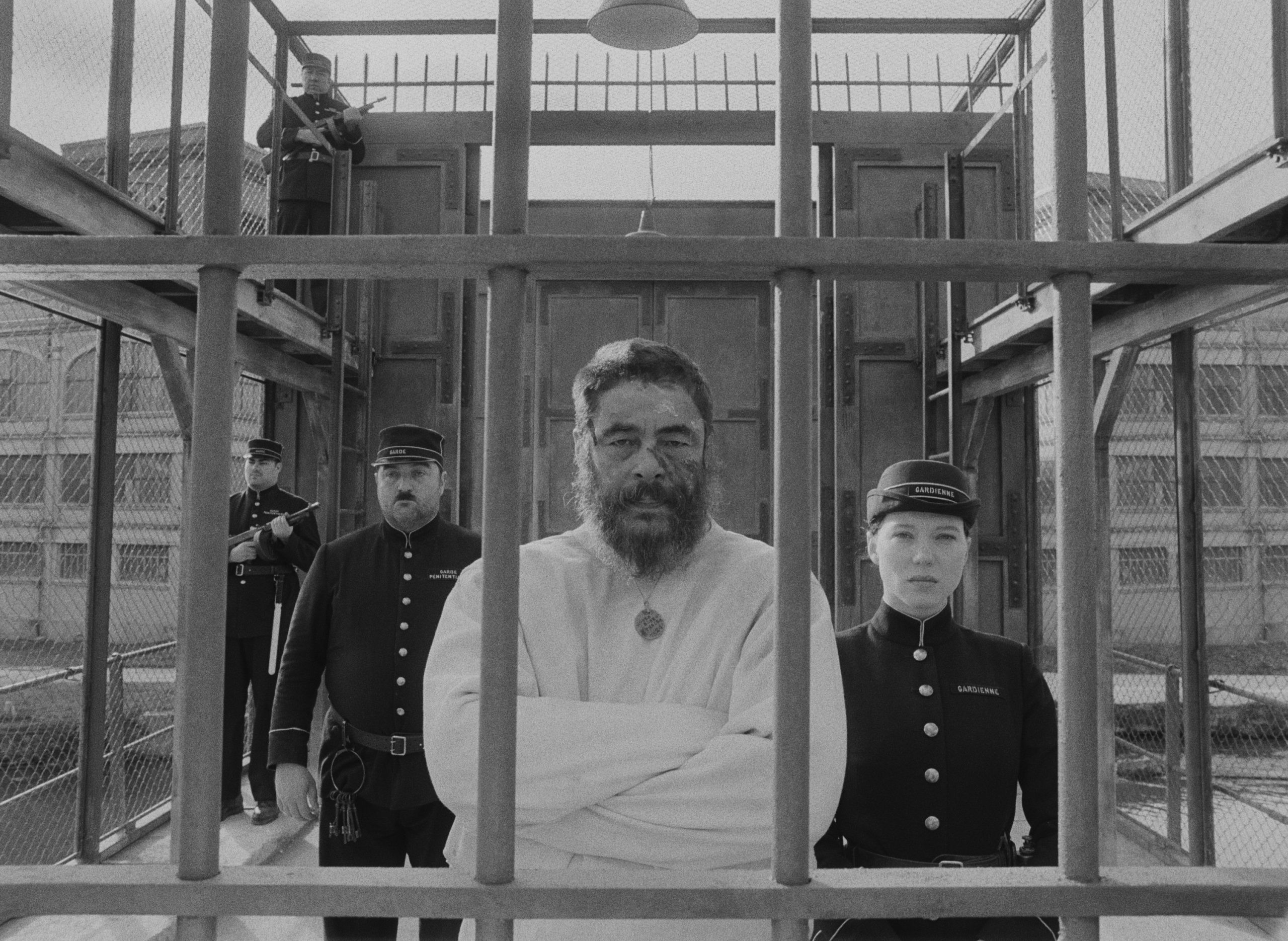 The French Dispatch may be packed with obscure references that reward those invested in similar interests to Anderson, but while less inherently audience-friendly than The Royal Tenenbaums or The Grand Budapest Hotel, the film does use this first story to show audiences how to watch the movie. Amid the farce taking place, the film takes key moments to switch between black & white and color. There’s a method there, which is instituted in the rest of the film. It is effective, on point with what the film presents, and a neat way to show how deep the rabbit hole goes when considering the layers of storytelling on display. 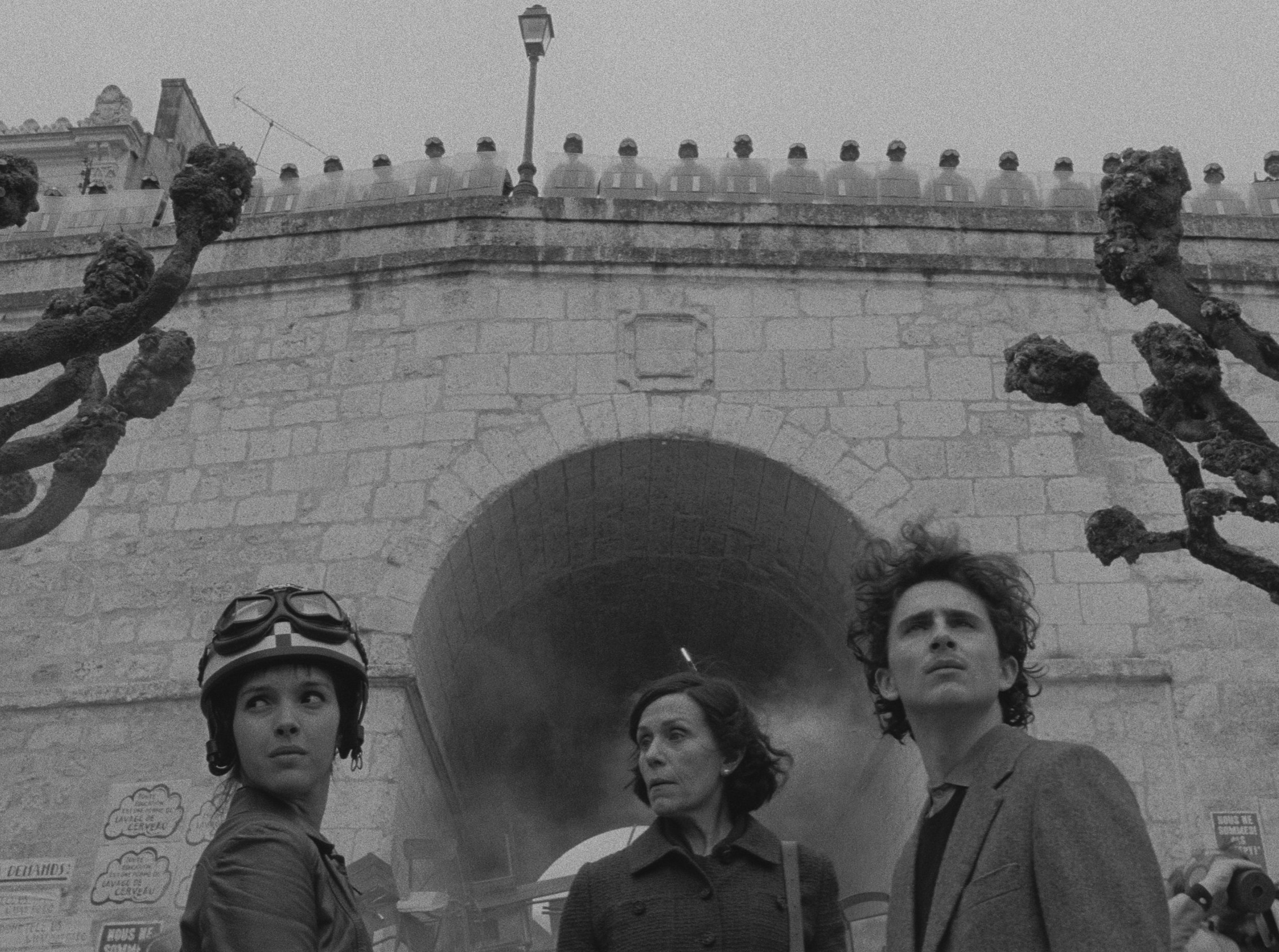 “Revisions to a Manifestor,” by Lucinda Krementz (Frances McDormand), is the second story and works as a profile of student revolutionaries played by Timothee Chalamet and Lyna Khoudri. At a different time, this would be material fitting for a feature-length coming-of-age story. Part of its charm is in how obscure the objectives are (I think it boils down to boys wanting to be allowed to go into the girls’ dorms). Still, it’s a chance to watch several personalities clash, and the dialogue feels to be at its most heightened during this portion of the film.

The third and perhaps most affecting story is titled “The Private Dining Room of the Police Commissioner” by Roebuck Wright (Jeffrey Wright). At this point, I find it necessary to note how all of the writers in this film are inspired by other journalists. The French Dispatch, itself, is a play on The New Yorker magazine. All of this is to say Wright’s character is based on novelist/activist/poet James Baldwin, among others, and it’s easily my favorite performance of the film. 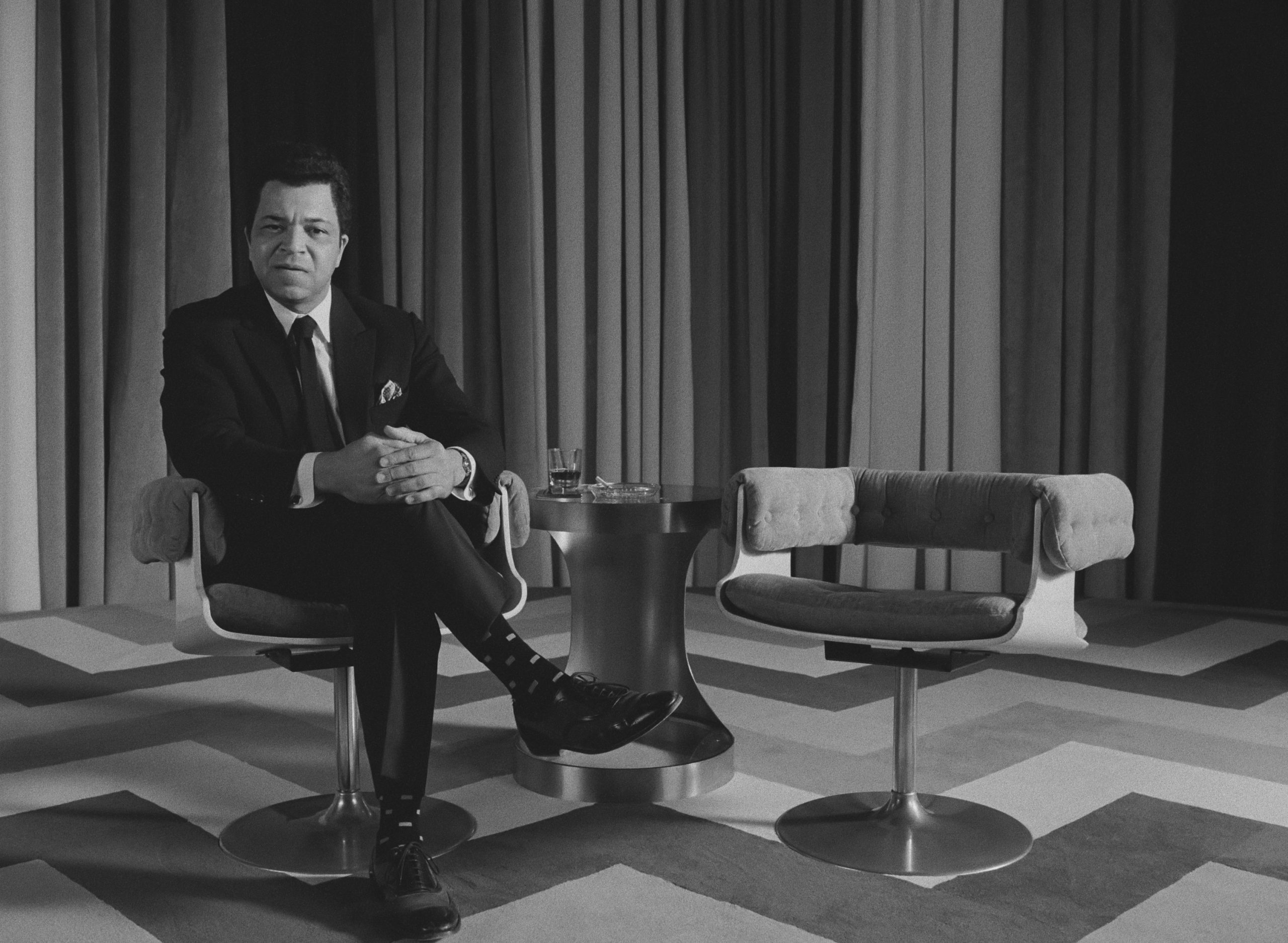 In addition to being a caper film full of inspired moments amplified by Willem Dafoe, Saoirse Ronan, Stephen Park, Liev Schreiber, and Edward Norton, it’s the portion of The French Dispatch that gives the film its emotional core. We see that in the way Wright details the events that took place. This is also clear based on the implied reverence Murray’s editor has for Wright. That the film also feels like it’s using this portion to make an effort to address Anderson’s lack of certain forms of representation is the sort of thing that will likely get lost in any discourse. But hey, he’s clearly not ignorant to whatever is ascribed to him as specific “failings.”

The thing about anthology films is the nature of the format reduces a certain level of emotional impact. Granted, some examples defy this, and movies utilizing a core central theme have a way of uniting the singular stories in a way worth celebrating. However, that’s not always the case. The French Dispatch doesn’t falter by using this formula. At the same time, I wouldn’t go as far as to say this is one of Anderson’s bests. But is that bad? 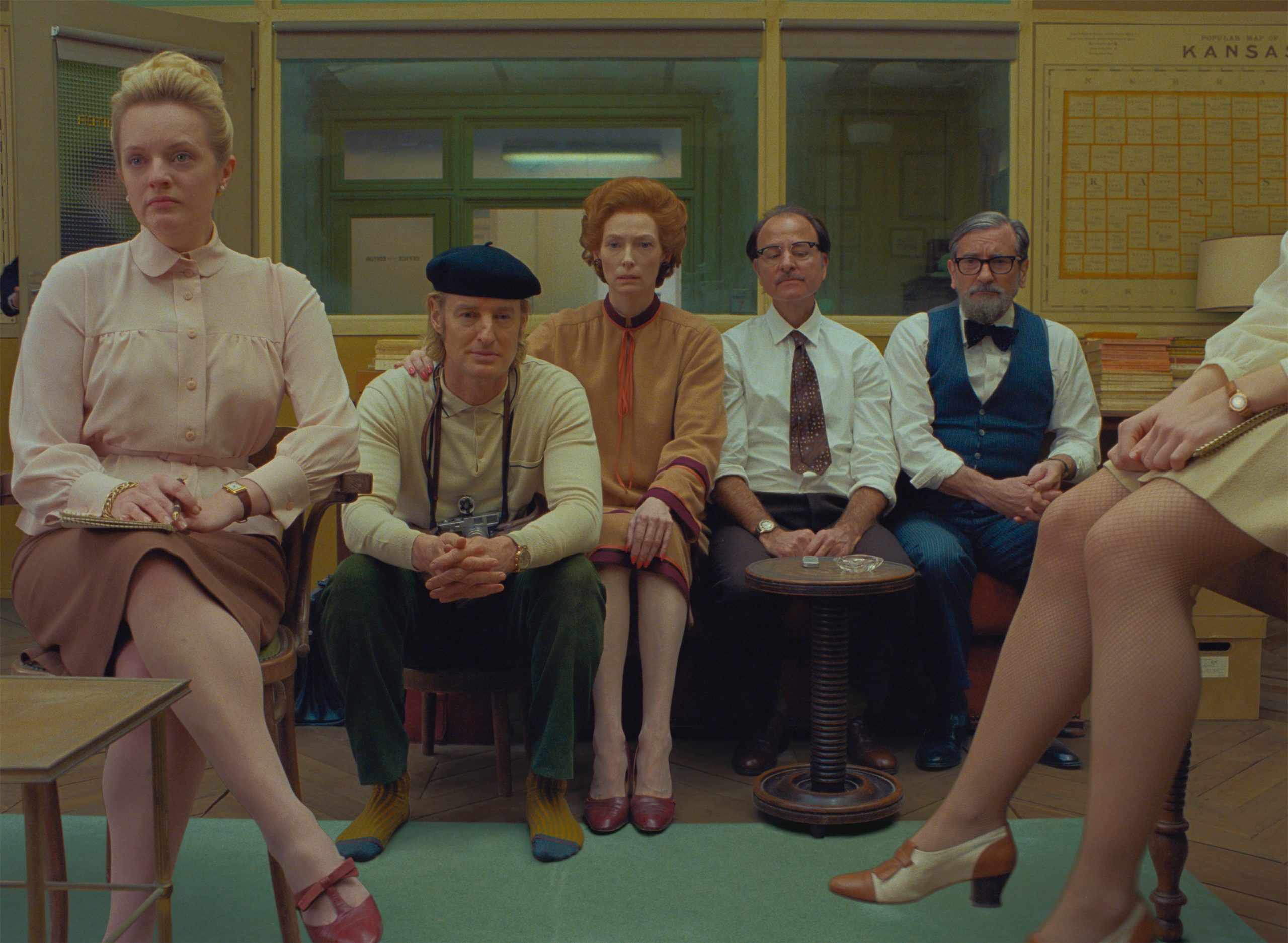 Mileage may vary, but I’ve yet to be dissatisfied by any of the filmmaker’s output. To say The French Dispatch is not quite registering as highly comes from having only seen it once so far (I find his films highly rewatchable). None of this takes away from my awareness that he’s operating at his fullest. Anderson is taking on an ambitious format and piling on layer after layer in every aspect of what’s available for his cinematic eye.

This is far from seeing Wes Anderson coast. I don’t know how one could envision such an elaborate film as this if they weren’t all in. If seeing him indulge in more farcical storytelling for the sake of a unique storytelling conceit isn’t the most remarkable thing out there, we should be so lucky to have filmmakers creating such an achievement as The French Dispatch.

The French Dispatch is now playing in select theaters. It opens wide on October 29, 2021. 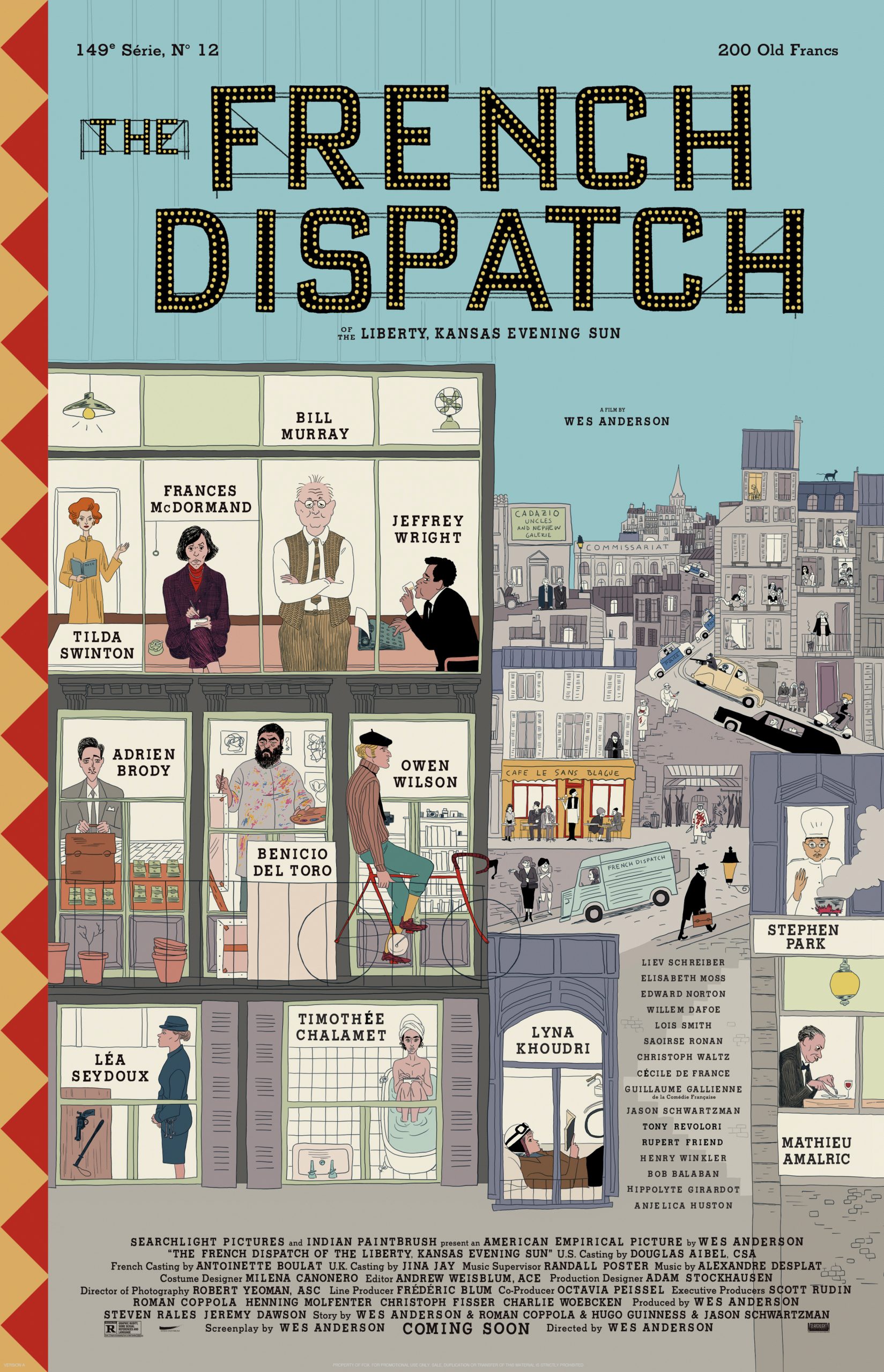 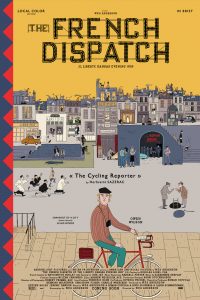 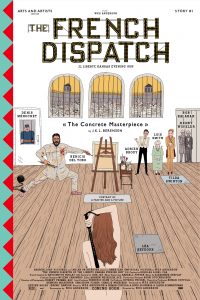 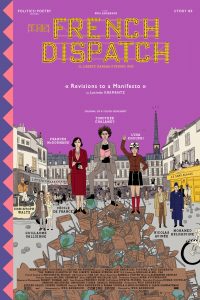 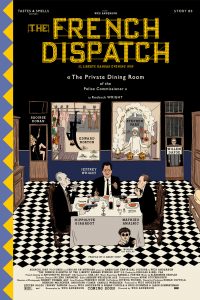 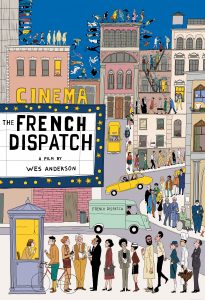 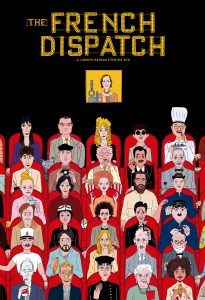 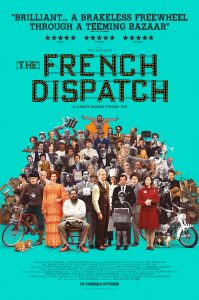 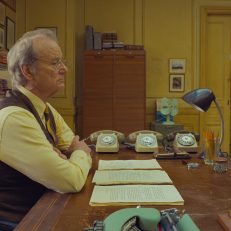 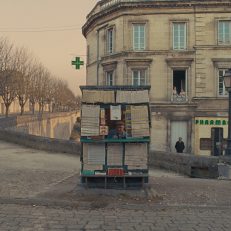 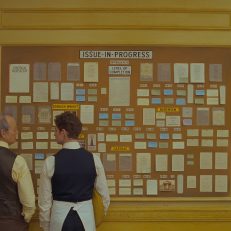 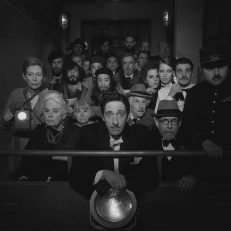 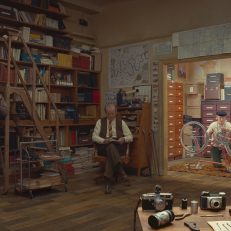 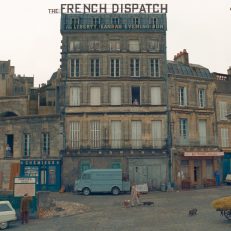 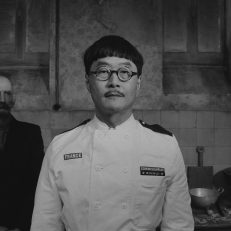 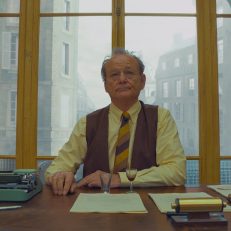