Oh, hell yes! Paramount Pictures is looking for a woman to helm their next Star Trek installment with Jessica Jones director S.J. Clarkson on the top of their list. Plus,  a series revolving around the alleged sex trafficking cult Nxivm may be in the works with an all-female producing team. 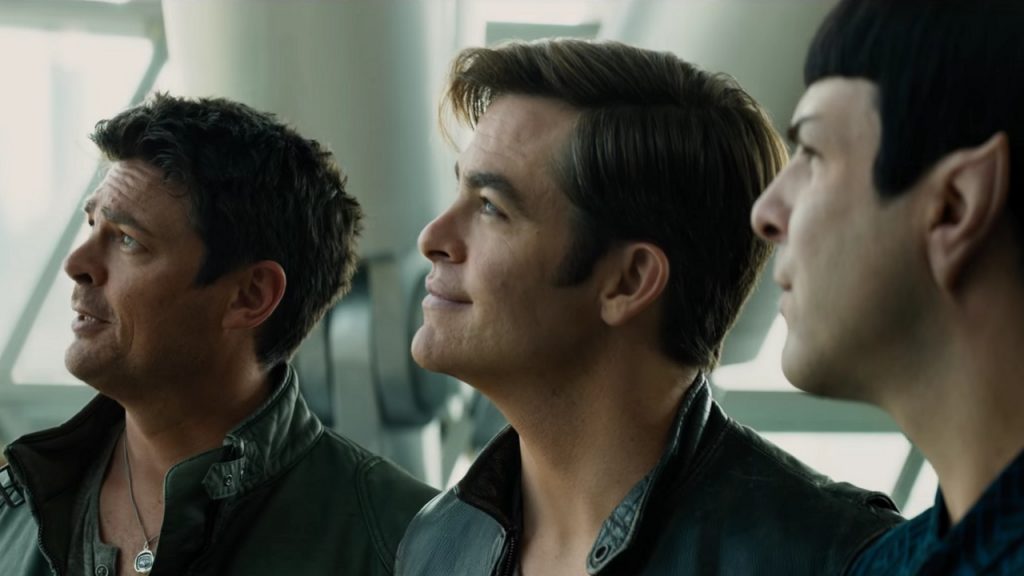 Star Trek Is About to Go Where Its Never Gone Before

For the first time in Star Trek film history, a woman will be directing the next installment involving the younger version of the Enterprise crew – and it’s about fffing time. According to The Hollywood Reporter, Paramount is in talks with S.J. Clarkson, who directed Netflix’s Marvel-based series, Jessica Jones. She has also directed episodes of The Defenders, Dexter, Bates Motel, and Orange is the New Black. So yeah, I think she’ll have a handle on a Star Trek movie. My guess is that she’s probably a Trekkie, and that will make it even better.

There aren’t many details on the next Star Trek movie, except it’s once again being produced by J.J. Abrams. At Cinema Con this week (via Syfy.com), Paramount said the fourth film will be set in the Kelvin universe. Chris Hemsworth is set to return as the father of Captain James T. Kirk (Chris Pine). Zachary Quinto is also reportedly coming back as Spock, with Pine, Karl Urban, Simon Pegg, John Cho, and Zoe Saldana still unconfirmed.

Of course, hiring Clarkson is the just the latest in a string of studios breaking the glass ceiling and hiring female filmmakers to helm their big tentpole movies. DC Comics and Warner Bros. have been spearheading this movement, first with Patty Jenkins (Wonder Woman and its upcoming sequel) and then signing Cathy Han to do a Harley Quinn movie and Ava DuVernay to direct The New Gods.

Marvel Studios is also reportedly looking for a female director to possibly do a Black Widow standalone. That just leaves Lucasfilms, who has yet to hand over reigns to a woman to direct a Star Wars movie, which I find ironic since Lucasfilms is now run by Kathleen Kennedy. My guess is Kennedy will buckle under peer pressure soon enough.

If you’re a young female filmmaker right now, jump at this chance to get your films out there. It’s all happening!

TV Series About Alleged Cult Nxivm Could Be on Its Way

It’s sort of icky how fast this is happening, but at least knowing the project is being spearheaded by women makes it a little more palpable. THR reports Annapurna Television has optioned the rights to reporter Barry Meier’s 2017 New York Times exposé “Inside a Secretive Group Where Women Are Branded” that explores the alleged sex trafficking cult Nxivm, started by leader Keith Raniere.

The whole Nxivm thing has blown up in the last few weeks. Nxivm was supposed to be a way to help empower women to change their lives, but it was exposed as something more sinister. Under the guise of a purported self-help program, women indoctrinated were actually psychologically manipulated and sexually enslaved to its leader, with Raniere actually branding his initials into their flesh.

The series will adapt Meier’s report into a one-hour fictionalized scripted series that will be inspired by the actual events. Actress Shannon Woodward (Westworld) is attached to executive produce the drama alongside Annapurna’s Megan Ellison, Sue Naegle and Susan Goldberg. Oh boy, can’t wait.