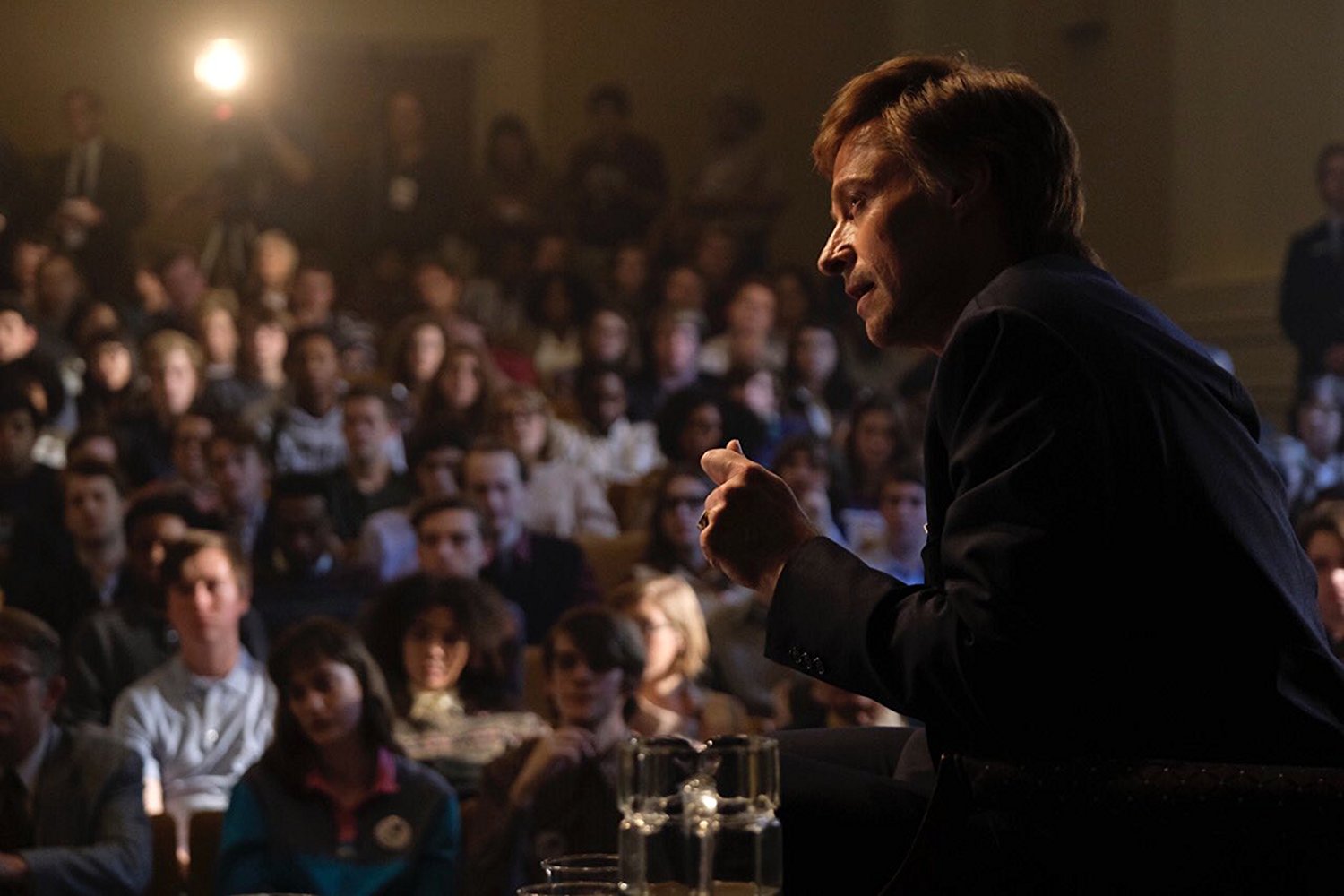 Probably my most anticipated film of the 45th Annual Telluride Film Festival was Jason Reitman’s The Front Runner. While I didn’t know much about Gary Hart’s story before seeing the film, I was intrigued by the movie because of the director and the cast. I typically enjoy films that are centered around politics and showcase how the campaign process works. For all these reasons I was very excited to see what Jason Reitman would bring to the table with The Front Runner.

In the film, Hugh Jackman plays Gary Hart, a beloved democratic senator who was supposed to run against George Bush for President in 1988. The Front Runner chronicles Hart’s rise in popularity as well as his downfall after the Miami Herald discovers that Hart is having an affair. The majority of the film takes place over the course of three weeks leading up to the Democratic primary election.

There have been quite a few films about scandals and the power of journalism as of late, with The Post and Spotlight being two of the most popular. These films usually tell stories from the 60s, 70s, and 80s that oddly enough feel incredibly relevant and timely. The Front Runner is another film in the same vein as it is all about the ethics of politicians as well as what it means to be a great journalist.

While watching Hugh Jackman portray Gary Hart, you quickly forget that you are watching an actor as Jackman becomes a politician who firmly believes that his personal life should not be made public. Reitman’s most important skillset has always been picking the right people to star in his films, and that is no different from this one. Jackman’s performance is phenomenal and one of the best of his career. This role continues to showcase how gifted of an actor Jackman is whether he’s playing a fictionalized version of P.T. Barnum or a real-life political mastermind like he plays in this film. 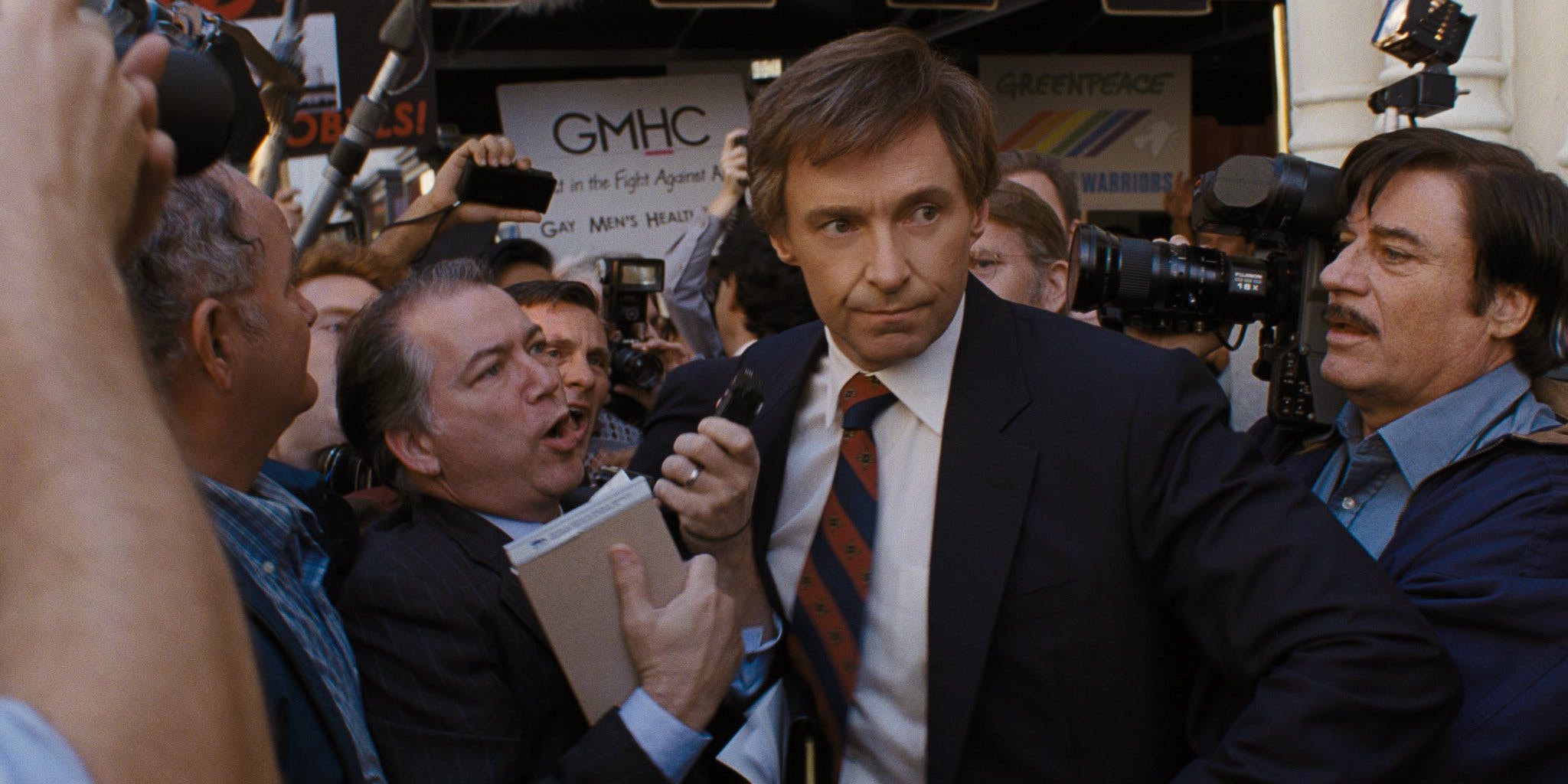 Alongside Jackman is a great ensemble cast that includes so many talented actors including J.K. Simmons, Alfred Molina, Kaitlyn Dever, Mamoudou Athie, and Vera Farmiga. I felt that the entire supporting cast was excellent in their roles as each cast member brings something to the table. Even though the whole supporting cast is great, I do think that there are two or three standouts which are Mamoudou Athie as A.J. Parker, Molly Ephraim as Irene Kelly, and J. K. Simmons as Bill Dixon.

Athie plays Parker, a newbie political reporter who lets his personal beliefs get in the way of doing his job. He believes in Hart’s politics and doesn’t want to think that he is cheating on his wife. I loved the scenes where Parker begins to question Hart’s personal life. The way that Hart reacts to his questioning is somewhat shocking as he comes across as someone who can’t seem to wrap his mind around that he is a person in the spotlight. He doesn’t quite seem to grasp that times have changed and instead continues to deflect every personal question by yelling or saying “that’s private.”

Ephraim plays Irene Kelly, a young woman that works for the Hart campaign. Throughout the film, Irene is forced to question her morals as she must decide whether she wants to stand behind Hart despite all the evidence that begins to surface that he is guilty. Irene is assigned to bond with Donna Rice (Sara Paxton), a model that had an affair with Hart. You can see in Ephraim’s eyes that she is torn with what to do but continues to push forth despite having doubts.

J.K Simmons as Bill Dixon is the film’s most entertaining character because Bill doesn’t like to sugarcoat things. The scene where Bill tries to talk to Gary about what happens and he responds with “I don’t have to tell anyone what happened” is a pretty great scene showcasing that even though they have known each other for years, he still refuses to allow his personal life make headlines. Bill also has some great lines of dialogue that are funny but also pretty on-point to the way the world works. I don’t recall the exact line, but he mentions something about how the world changed and how Hart’s scandal is big news despite how in the past other Presidents and senators got away with a lot more and yet no one said a word about it. 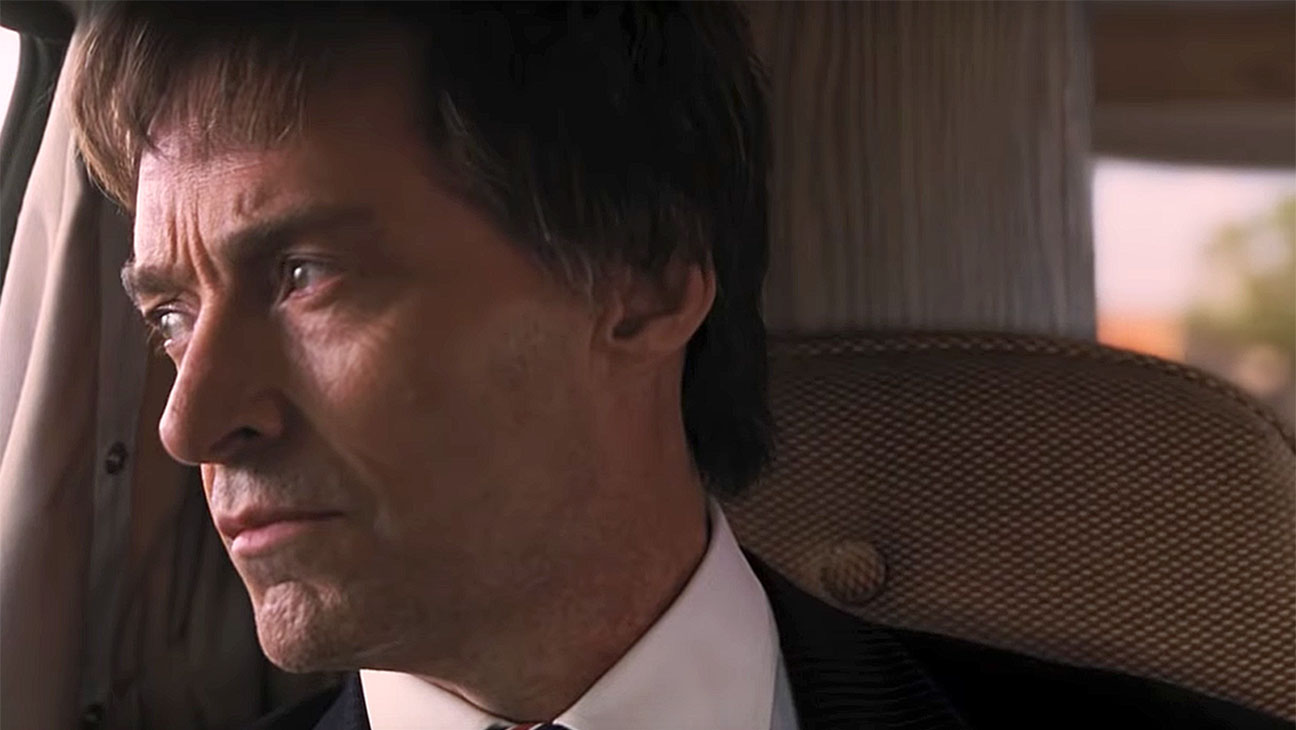 What The Front Runner does so well is that it begs the question, “does what happens in a person’s private life truly reflect their ability to lead?” As Hart addresses the nation near the end of the film, he begins to tell the American people why he believes that so few people don’t run for office. Do we as Americans view our politicians the same way that we see celebrities? We as a society seem to forget that politicians are people too and their personal lives shouldn’t always be made public. A lot of people will say that Hart’s actions are very similar to that of Donald Trump, but I disagree. Hart seemed like someone who just wanted to keep his personal life private as he didn’t want to become a celebrity.

While the film does cover a lot of content in just under two hours, I couldn’t help but feel like it dragged in spots. The film has some pacing issues but there is so much going on and so I have a hard time point out what specifically should be cut, but I do think the film could use a bit of a trim before it’s released in November.

The Front Runner is a timely film that I believe will connect the most with those who are fans of movies about journalism and political scandals. I sadly don’t see this film becoming the next Spotlight or The Post even though I enjoyed this one a whole lot more than both of those films. It is an excellent character study and an in-depth look into the life of one man who truly believed that his personal life should remain private.