Ghostbusters is the movie of the summer. I had high hopes for the new Paul Feig movie. Spy is a masterpiece, so Feig has earned a lifetime pass from me. I will always see the new Paul Feig movie no matter what it is. I was excited to see him do for ghost busting what he did for James Bond, but I was even more impressed by the level of sophistication in the storytelling, comedy and ghost busting.

This is how you do a female hero movie. You make it about four scientists. Well, three and a very capable subway attendant. Being the world’s first scientists to discover paranormal activity is hard enough in a modern world. Then you let them have human frustrations, bumbling comedy but triumphant achievements.

There’s not even a subplot where one of ghostbusters has a romance with a client. There’s some man candy from Chris Hemsworth but the ghostbusters are all business. The love story is between Erin (Kristen Wiig) and Abby (Melissa McCarthy), two estranged friends who reunite over ghostbusting. They gawk at Hemsworth because they’re human but it doesn’t undermine their being scientists. Scientists like beefcake too, but they don’t want to date him. They want him to learn how to answer the damn phones. 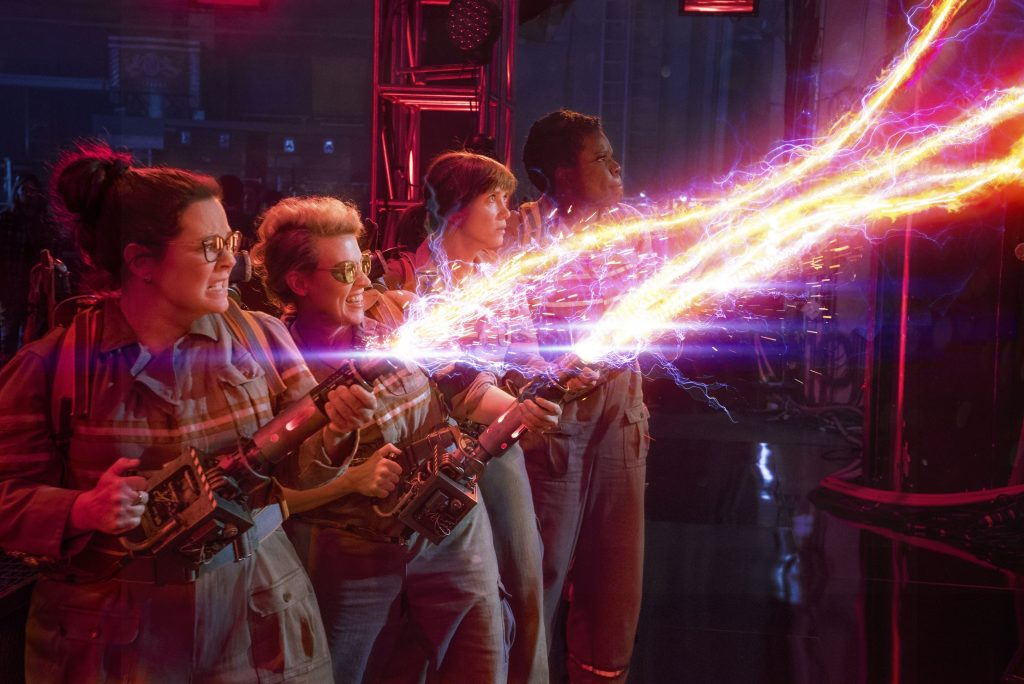 The new characters seem to each represent a different style of comedy that complement each other and build more comedy through the dynamic. Wiig plays the shy academic commenting on the extraordinary events. McCarthy is the frustrated perspective because she’s already immersed in ghost stuff and waiting for the world to catch up. McKinnon is a highly animated caricature of the ultimate tech specialist. Jones is the real perspective and she’s not having any of this. Then the fifth style is Chris Hemsworth’s pure absurdity, which none of the other four can really combat.

There’s an overall comedy style that may be the Paul Feig/Katie Dippold style. It begins with the general awkwardness of social situations and builds into commentary on the social norms we take for granted in real life and in movies. It begins when Erin is ashamed of a book she cowrote years ago. She thought she’d put it behind her but the internet makes everything ever present. So yes, good thing it leads her to become a ghostbuster but it speaks to a very real fear of outliving your past.

There’s a “your momma” joke that’s really about your momma jokes in general so it’s meta in that way. Gravitas over the afterlife is mocked when it is revealed to be a misunderstanding that common sense should have explained before it got that far. I hate scenes where girls get together and lip sync into hair brushes. Ghostbusters did me a solid and turned that scene into a dangerous fire hazard. And there’s a fart joke! 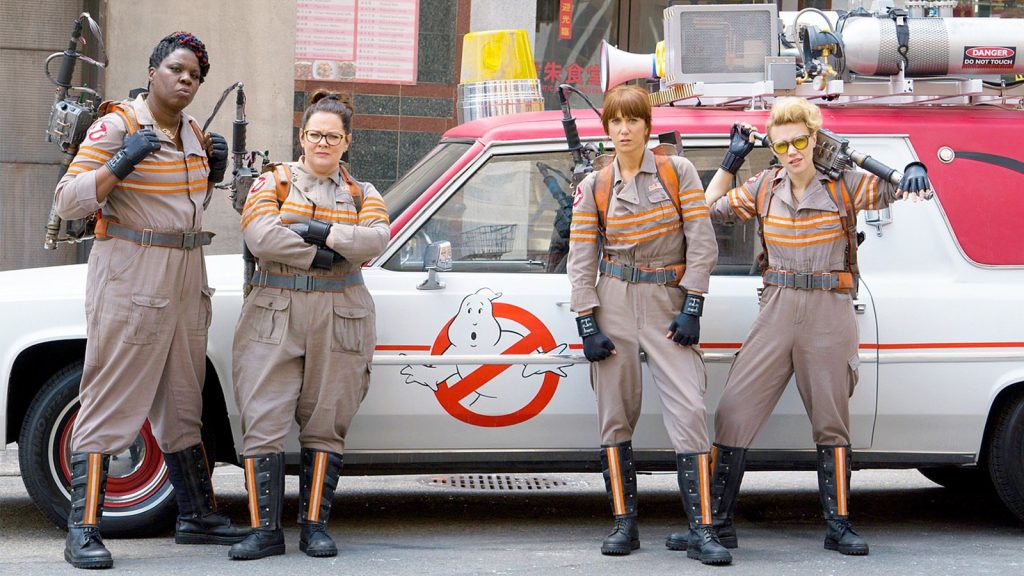 When they get to busting ghosts, the action is epic. The worry was that a modern movie would just throw a lot of CGI in place of optical effects. The ghosts may be CGI because that’s the way movies are made now, but each sequences establishes a clear antagonist in the spirit, the limitations or expanse of the location, and how the ghost busters maneuver their targets into their trap.

I really want to see more adventures with these Ghostbusters. Hopefully this Ghostbusters franchise can get more than one sequel out of it. If this is the Batman Begins for these ghostbusters, the next one can be their Dark Knight. Poor Paul Feig, I keep putting so much pressure on him.