Living up to the expectations of a cinematic rumble between Japan and America’s most famous movie monsters is tricky. Godzilla vs. Kong has its eyes on delivering a ridiculous sense of spectacle fit for IMAX screens, given the size of these giant kaiju, and it does what is needed to deliver. But what can it provide from a human perspective? Whether or not one wants the human element to match the main event that is a massive monster battle has been an aspect fueling so much of the discourse around Legendary’s MonserVerse. However, the more interesting way to understand these movies comes down to how these filmmakers assert their directorial voice onto their entries in this long-running franchise.

Is this to say there’s no reason to evaluate this film’s merits beyond the Godzilla fighting Kong aspect? No, but to what end does this kind of judgment accomplish something when the goal is so clear? Strong performances can help a prestige feature get by, despite having an incredibly thin plot, let alone a contrived one, given similar well-praised films from the past. Really, it seems to come down to how much emphasis one gives on which aspects matter most. Does acting outweigh visual effects, editing, cinematography, and other technical elements when judging a spectacle film, where the primary characters are 300-foot-tall monsters?

Certainly, it must come down to entertainment value. If the film is not entertaining someone because the acting or storytelling plays the largest role in their mind, one could suppose the kind of fun Godzilla vs. Kong wants to have is only going to do so much for them. Does this emphasis signify me believing the story and characters to be subpar compared to the multiple fights pitting the King of the Monsters against Skull Island’s protector? Not really. I actually had a giddy amount of fun with the steps taken to bring these two together, let alone sustain a whole feature. 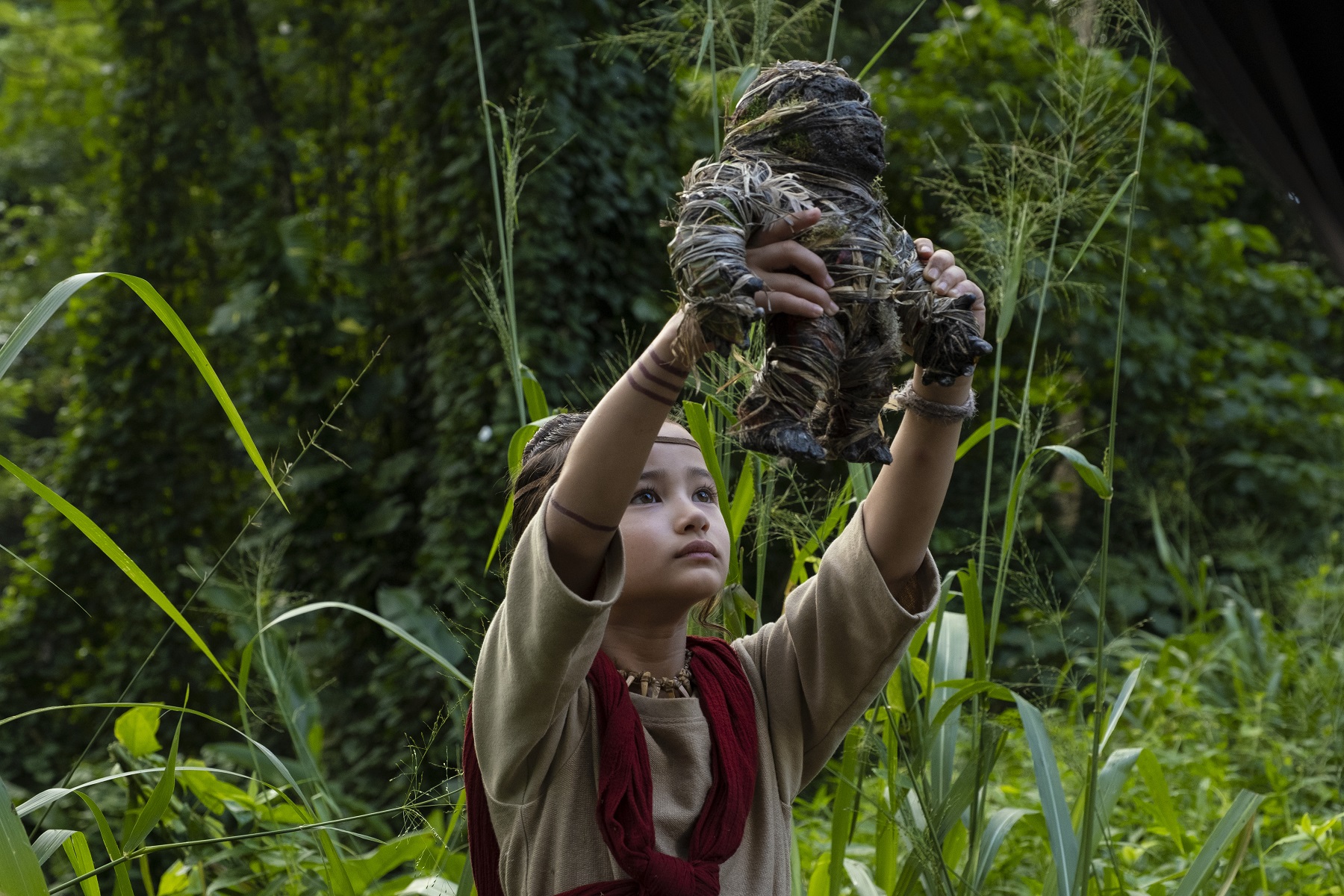 Picking up where 2019’s Godzilla: King of the Monsters left off, we check back in with the Kong first introduced in 2017’s Kong: Skull Island, who is now older, much bigger, and being held at bay by Monarch, the organization that researches and monitors these giant creatures known as titans. Godzilla, meanwhile, is causing seemingly unprovoked destruction for reasons most likely related to the presence of Kong, another alpha monster. To deal with this, using ideas developed in the previous films about an underground world known as the Hollow Earth, the birthplace for these titans, a plan forms to transport Kong into this region. However, Godzilla is not one to just leave well enough alone and will take whatever opportunity to establish ultimate dominance.

While it takes some work to get these two together, Godzilla vs. Kong has no shortage of massively-scaled action sequences relying on these titans’ differing skill sets as we watch them beat up on each other. I also rather enjoyed how the film essentially boxes out the human factor more and more as it goes along before allowing for the final third to have a near-complete shift of its attention onto Godzilla and Kong. With that in mind, the story surrounding these characters does take a fun Jules Verne-inspired approach to what occurs.

Much like Kong: Skull Island (though significantly more kid-friendly), this movie emphasizes humanity’s attempts to explore unknown lands and concepts. This allows for two major plot threads. One features a returning Millie Bobby Brown as Madison Russell, who joins up with Julian Dennison’s Josh Valentine, her tech wingman, and Brian Tyree Henry’s Bernie, a titan-obsessed conspiracy theorist. The trio schemes to vindicate Godzilla by spying on a secretive cybernetics company led by Demian Bichir’s Walter Simmons. 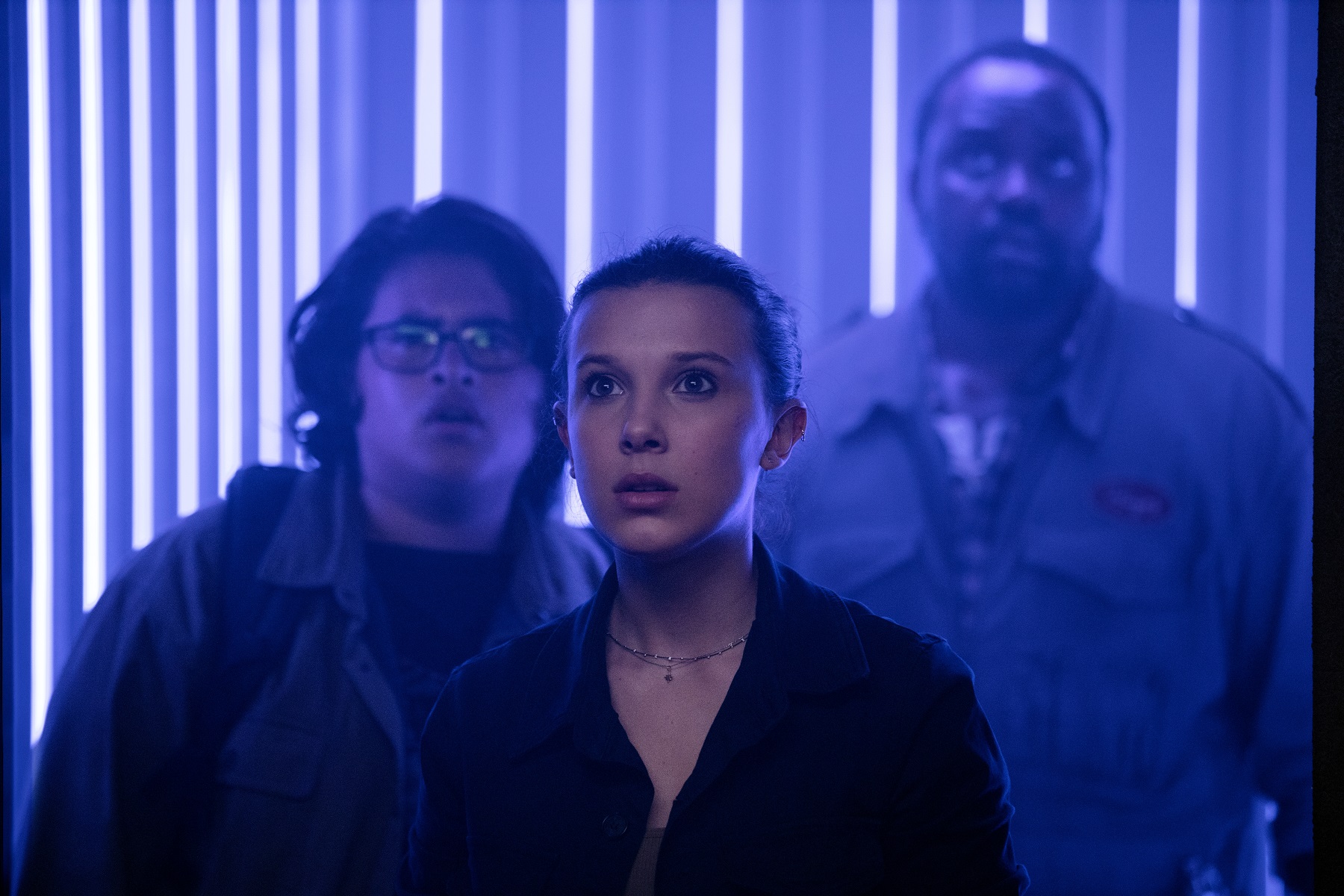 Meanwhile, Alexander Skarsgard’s Dr. Nathan Lind and Rebecca Hall’s Dr. Ilene Andrews are Monarch scientists who end up in a “Journey to the Center of the World”-style plotline. They are joined by Eiza Gonzalez’s Maia Simmons, a tough corporate woman planning to extract energy from the Hollow Earth, and Kaylee Hottle’s Jia, a young deaf girl from Skull Island, who can communicate with Kong through sign language. Both of these storylines feature the sort of wacky adventures one could find in pulp fantasy novels, which put an emphasis on imagination and wonder over deeper thinking.

Director Adam Wingard steps in this time around, following his work in much lower-budgeted horror films and other genre features. While I can’t say he’s doing what the best adventure films accomplish as far as drawing the viewer in wholly and utterly when revealing specific environments or creatures, Wingard still equips himself well where it counts. The dialogue is never especially clever, but there’s a zippiness to the story that has the viewer anticipating the major throwdowns between Kong and Godzilla, yet still getting caught up with the sense of fun. Even without giant monsters, there are still plenty of scenes featuring vehicles straight out of science fiction and the sort of ridiculous exposition an overqualified cast can quickly push on an audience.

There’s also a decent amount of Kong character development, which goes a long way in investing the viewer into his inevitable battles with Godzilla. Godzilla does not need much in that regard, as he’s not that kind of a monster, and having a more abstract understanding of him helps in the grand scheme of things. Meanwhile, we learn more about where Kong came from this time around, along with a supposed ancient war between the two species, which adds to the overall universe. With that in mind, one also wonders how things may have shifted.

While I can’t say this entry in the MonsterVerse lacks connections to the previous films, it’s not banking on viewers knowing them backward and forward, nor should it. We’re talking Godzilla vs. Kong here. As much as my fondness for kaiju movies plays into my experience watching new entries, I’m not beyond understanding just how serious we should take them, let alone realistically thinking there’s much at stake when it comes to an intricate continuity. However, despite all the ways this ties back to King of the Monsters and Skull Island, those details feel trimmed down and sped through to get to what will really count for most.

Fortunately, Godzilla vs. Kong very much delivers on getting to see some imaginative and brutal fights between the two. There’s also a sense of knowing the audience really wants to see these two slug it out as clearly as possible. I have a lot of respect for the other recent Godzilla films’ atmospheric nature, both out of necessity and as creative handling of how these titans’ scale would affect the environment. Still, this film makes similar excuses for brightening things up. An early match, featured in the trailers, is set on an aircraft carrier and Godzilla’s ocean turf in general. Later bouts take place in a neon-lit Hong Kong, giving Kong a chance to be more acrobatic. If audiences are coming to get an up-close look at devastating hits from both sides, this film delivers plenty of crowd-pleasing action.

For all of these fights, though, does Godzilla vs. Kong have an issue creating well-rounded characters in a world rich with story ideas? As the 36th film in the Godzilla franchise, what is one really looking for at this point? If one sees humans as a means to an end, so be it. Actors are going for a particular type of performance in this sort of spectacle feature, but it’s a case where the very presence of certain performers we know are capable of more does the heavy lifting. And who wants to be too distracted by the human characters anyway?

Godzilla vs. Kong has many moments of pure, unadulterated thrill when it comes to seeing these two massive monsters come together for a brawl. Watching Kong land a mean right hook into Godzilla, or using his radioactive axe, or seeing Big G whip his tail around at just the right moment to catch the other off guard means getting psyched over seeing who will prevail. Many terrific moments unleash the kaiju craziness wanted from a franchise like this, including some devastating finishing moves to bring the fights between these two and others to an end.

I’m not above seeing more thematically rich entries in this series. The previous three films delivered on several interesting ideas hitting beneath the surface level fun. However, when setting up a film where the drive involves matching two beloved giant movie monsters against each other, my expectations are in a particular place. This movie delivered on them and then some, given the extent of some of these battles. One may fall, but the cinematic spectacle still hits the hardest.

[I’ve had a lot to say about Godzilla over the years, including a viewing guide, fun facts, and three different rankings covering the various eras of the long-running franchise.]

Godzilla vs. Kong opens in theaters and will stream on HBO Max beginning March 31, 2021. 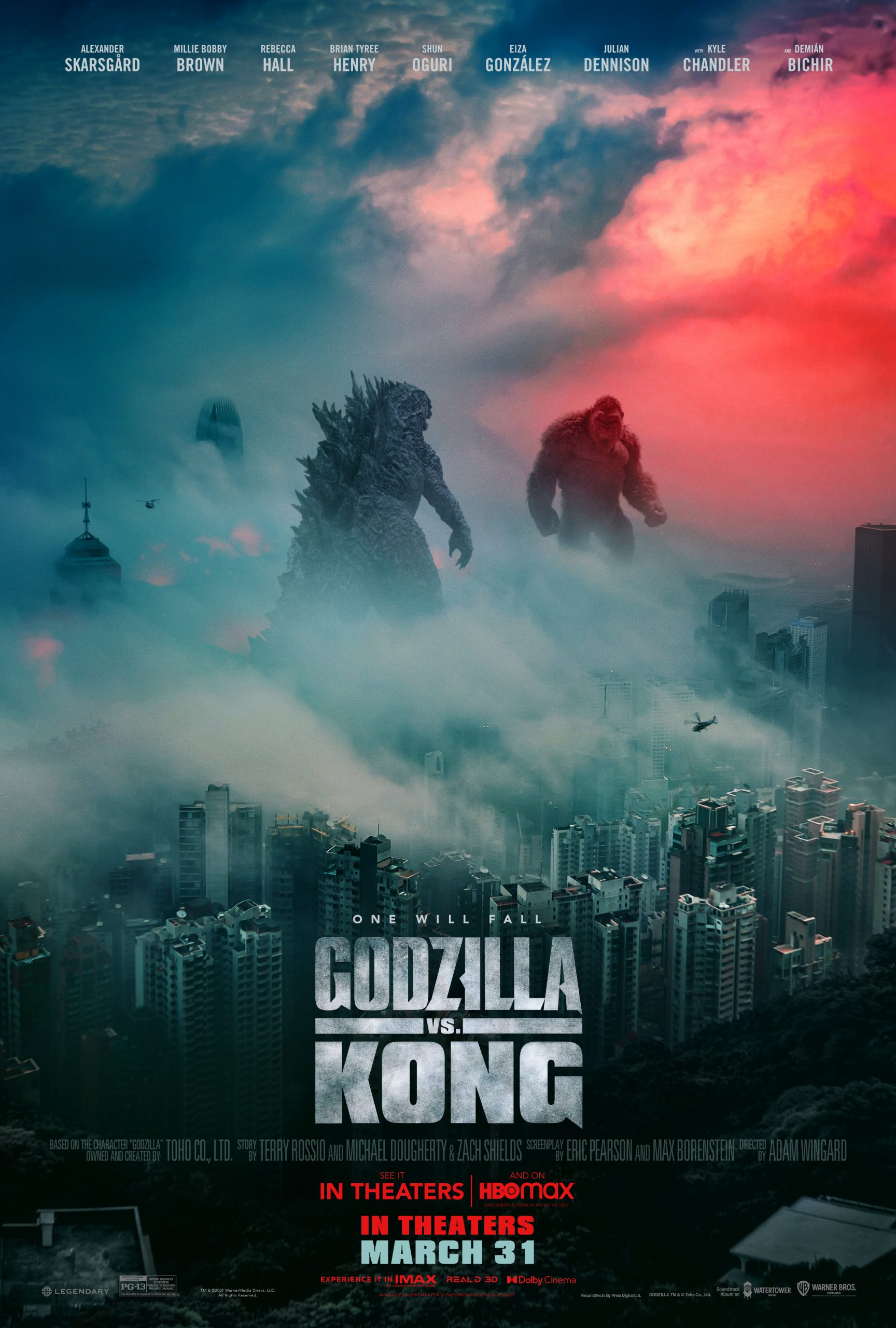 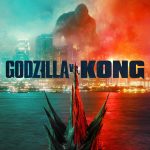 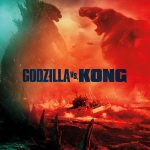 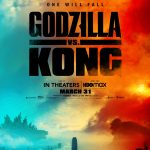 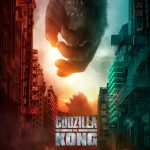 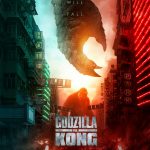 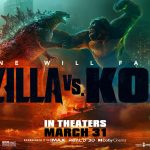 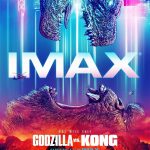 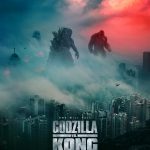 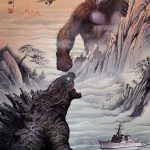 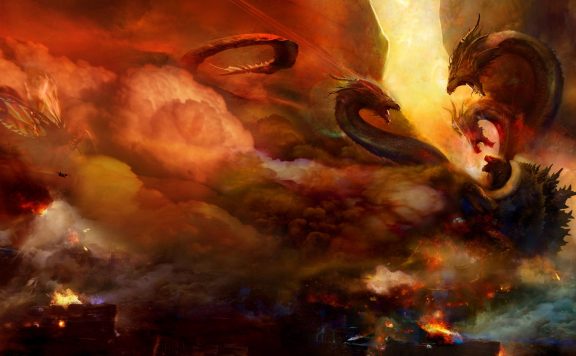 Review: ‘Godzilla: King of the Monsters’ Delivers A Royal Titan Rumble
May 28, 2019

‘Godzilla vs. Kong’ Review: Knockout Spectacle In A Lightweight Story 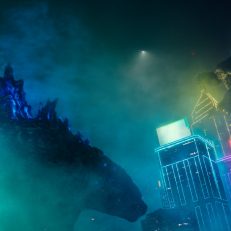 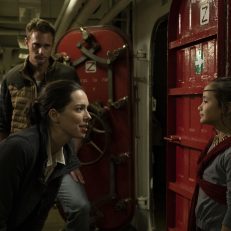 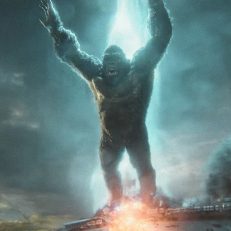 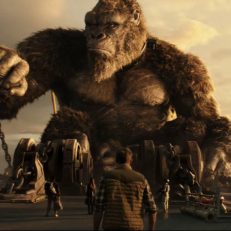 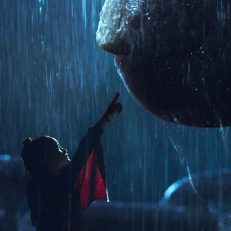 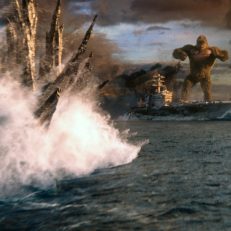 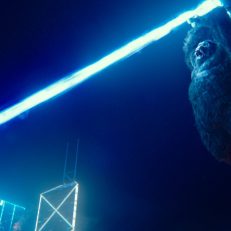 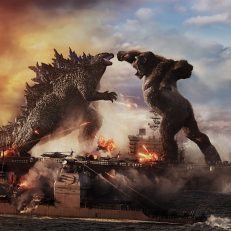