Bad Santa 2 : The Gradebook is the ratings of newly released films by the contributors and fans of We Live Film and We Live Entertainment. If you are interested in participating, join the We Live Film Fan Chat Page on Facebook and look for the weekly posts of new releases.

I LOVE “Bad Santa” it’s one of my favorite Christmas movies as well as being one of my favorite comedies, sadly the sequel Bad Santa 2 isn’t nearly as funny or memorable. It’s poorly edited, and the whole cast (except Brett Kelly) seems bored out of their minds and I honestly can’t really blame them. The script is pretty bad, the film feels longer than it actually is, and it tends to re hash a lot from the first. It has some moments that had me laughing however, I liked the soundtrack as it had some good Christmas tunes in it, and the last scene was just gold so I wouldn’t say I hated myself while watching it. Bad Santa 2 overall is nothing that angered me or anything but it’s still a pretty disappointing sequel that I’m just gonna forget. 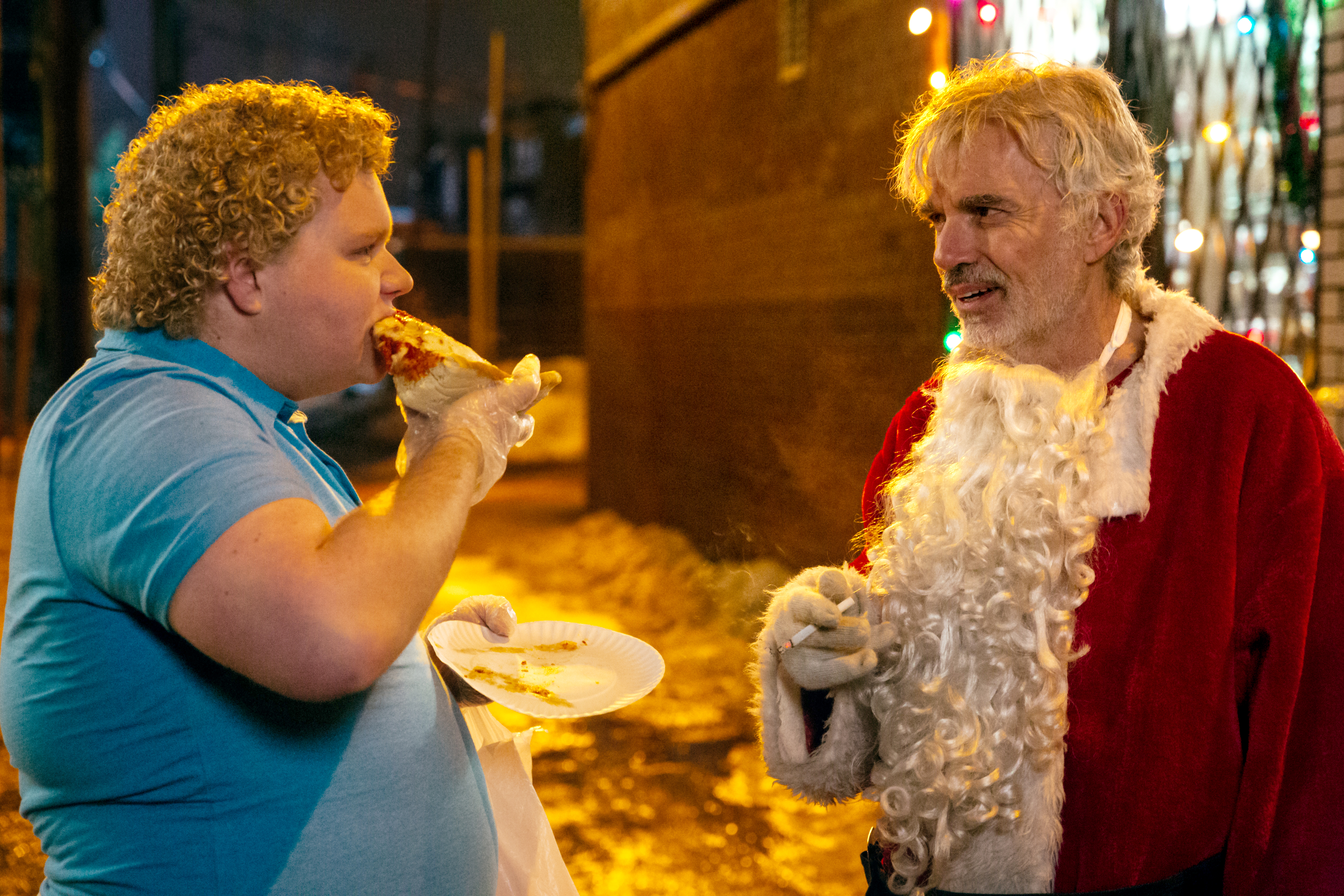 Not sure how to rate the sequel no one asked for but I think I can sum it up by using a quote from the movie, “Welcome to the shit show.” Badly edited on a wafer thin script that one minute tries to be just a little heart felt funny and the next raunchy and offensive and not funny. Billy Bob Thorton still plays the character well and Kathy Bates go through the motions. I would be lying if I said I didn’t laugh during the movie. There were at least a couple of times where I chuckled, and a stretch of a few moments here or there where I would get in the film, but then it would get F*&cked up by some chicken$h1& attempt to be edgy. In the end just wait for rental, even if you enjoyed the first one. In fact especially if you enjoyed the first one.

Easily one of the worst films of the year. Bad Santa 2 is a one trick pony that is loaded with repetitive sex gags and non-stop one-liners. The film has no understanding of the original film while it tries to recreate moments from it. This unnecessary sequel manages to be somehow offensive in all the wrong ways. The film isn’t offensive because of the incest, teabagging, or sex jokes but rather the way that it treats all its female characters. Two of the three female characters are exploited as clueless women that just wants to have sex with Willie because he is an asshole. These two women are used as the butt of many jokes and lack any character development. Don’t even get me started on how dumb the writers make these women out to be. In addition to all this. the film is so mean-spirited, yet the writers try to create heartfelt moments that just fall flat on their face. While I believe that there are films that deserve or need sequels, I don’t know who in their right mind ever decided to greenlight a Bad Santa 2. Talk about a film that no one ever wanted or needed.

Gradebook: Bad Santa 2 Bad Santa 2 : The Gradebook is the ratings of newly released films by the contributors and fans of We Live Film and We Live Entertainment. If you are interested in participating, join the We Live Film Fan Chat...
0
Average User Rating
0 votes
Please sign in to rate.