“Justice League” is a fun superhero team-up movie with great character moments and exciting action. The plot and the villain are pretty generic, and I do wish there was a bit more character development and emotional depth. But the core cast here is terrific and holds the film together through its weak spots; some of the banter between them is hilarious, especially in a bit involving the Lasso of Truth. “Justice League” doesn’t reach the excellent heights of this year’s “Wonder Woman,” but it’s a good ride of escapism and works better than “Batman v Superman: Dawn of Justice” and especially “Suicide Squad.”

While it’s definitely not even close to the amazing experience Wonder Woman was. “Justice League” is still a highly entertaining DC film that does a solid job at course correcting the DCEU as a whole. It also includes a very dedicated and talented cast of characters each of which demonstrate their massive potential within the series. However the standout is easily Ezra Miller who while may not have been the 1st choice but finds a way to make Barry Allen stand out on his own without trying to be too much like his TV counterpart. The cast as well have fantastic chemistry and is easily the strongest element of the film. However while the cast is great and their are definitely a lot of fun elements throughout the duration of the film. It isn’t quite enough to save the story which is as 1 note disposable and overall just feels very convenient overall. The film as a whole feels very rushed and once again seems like it was only made in an attempt to catch up to Marvel. Because of this rushed tone most of the new characters don’t really have much of their own story which made their overall presence feel short lived. To be honest despite Wonder Woman and Batman and Superman when he’s eventually introduced. I didn’t care about much of the other characters despite the fun and dedicated performances that come from their characters.

The film also clearly seems to have no idea how to construct memorable action scenes. The scenes in question feel very much like your standard video game type action scenes that are extremely forgettable and quite often took me out of the film. This film also contains what might be the worst villain I have seen in any comic book film since Electro in The Amazing Spider-Man 2 (yeah it’s that bad). However despite the rushed feeling and very underused characters. Justice League is still a very fun time that is a step in the right direction for the DCEU overall. I just wonder where the series tends to go from there and if they can ever churn out a quality film that is ever on the same level as what it’s rival series has become.

I know no surprise. I am one of the few who enjoyed Batman v Superman even with its flaws. Gone is the bleak melodrama that weighted BvS down. Justice League is a fun ride through the DC Cinematic Universe. What helps is the chemistry between the core group. They felt like a reluctant team and I particularly enjoyed how they worked together during their big battle at the end. Everyone gets a moment to shine. I did not mind that we did not spend a huge amount of time setting up Aqua man and The Flash. We learned enough to know where they were coming from. I LOVED Cyborg and look forward to the time he gets a solo film. Really this film is as fun as the majority of the Marvel films, I know I enjoyed it more than Age of Ultron. CGI is rough in spots but this seems to be a trend with the majority of the super hero films over the past year. Also, the writing in this film helps right some of the things many complained about in the first one, namely with Batman’s attitude towards Superman. While not a perfect film, it is a fun ride with some bad ass fight scenes and some very funny moments. One in particular involved Batman, after he gets his ass handed to him. The audience laughed a number of times during the film which was also good to see. I think they are on the right path and I definitely am looking forward to these character’s next solo films. Haters are gonna hate I am sure but even my 17-year-old son , who considers BvS the worst movie made, loved Justice League. So that is saying something. 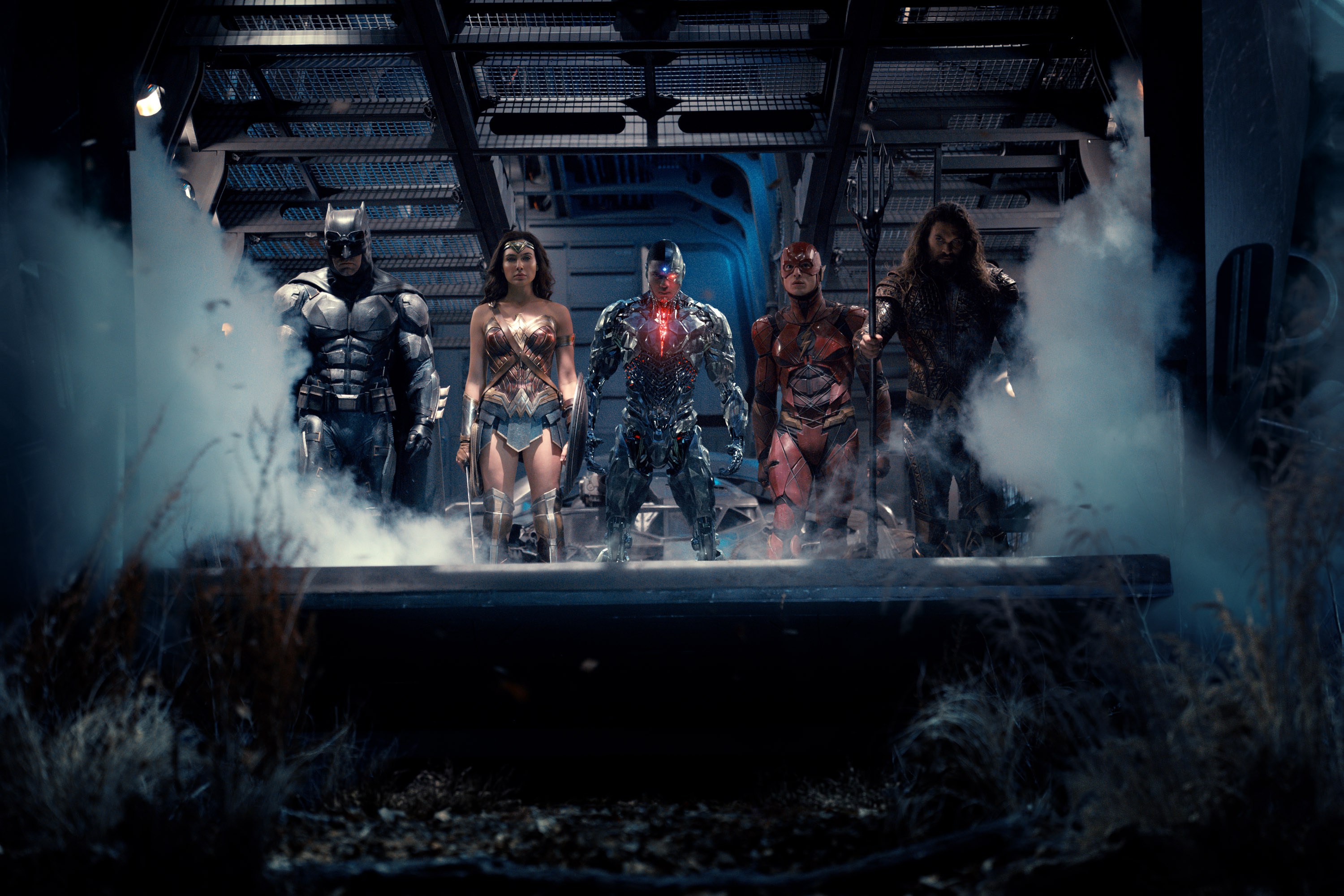 This is the weakest comic book film of the year, and it might even be the most disappointing movie I’ve seen this year. The characters are really entertaining to watch on screen, and the best thing about the film is easily when the team works together to stop Steppenwolf. While I do admire the film for bringing more light-hearted fun and energetic characters, it is brought down by a script that feels very rushed and incomplete along with embarrassing CGI effects and an awful antagonist. The other characters don’t even get the development that they should have gotten and I truly believe it would have helped if their solo movies came out before this ensemble feature released. Justice League is forgettable fun which isn’t something I should be saying about a movie with “Justice” and “League” in the title — there’s no doubt that the characters are delightful and some of the action pieces are entertaining but it suffers through lackluster writing, rushed pacing, a terrible antagonist, an incomplete story, and a runtime that does not do the movie justice (no pun intended).

The DCEU has been a mixed bag for me. Man Of Steel is a really good film. Batman V. Superman & Suicide Squad, while not terrible films are major disappointments. I adored Wonder Woman, so I was excited and skeptical for Justice League. Personally, all I wanted was to have a fun and entertaining time, have great camaraderie with the actual Justice League and to give me hope for the future of the DCEU. This film delivered all of that. It is not perfect by any means.  It is very rushed at times, and some of the CGI is very veryyyyyy questionable. I honestly still wish it was 2 hours and 30 mins long and we would have gotten solo Flash, Cyborg & Aquaman films before we have gotten Justice League. I still don’t care about Lois Lane. Steppenwolf is a pretty bleh and very forgettable villain but what makes this film work is the chemistry and fun of the actual Justice League. The Flash was the standout with some of the humor worked and made me laugh so hard. The action scenes are very well-done and entertaining to watch. I had such a big smile on my face from a majority of the film. There was a whole slew of moments where I was geeking out sooooo hard especially with Superman and the post-credits scenes.  As with most Zack Snyder films, it is beautiful and gorgeous to look at. Personally, I hope this film becomes successful because Warner Bros it’s starting to learn from its mistakes from the previous films and I want DC to succeed. While this film is far from the best and it’s my least favorite of the superhero films that came out this year, Justice League was a blast to watch, has given me hope for the future of the DCEU.

Justice League is a force and leaves us wondering what is next for our newest superhero group. The chemistry between the characters combined with a realistic lens into the world of Justice League leaves the audience begging for more. With a nearly perfect two hour runtime, the film leaves the audience hungry for more assuring us there will be a long life ahead for the team. Justice League is bold, exciting and a darker superhero team that is as unapologetically honest as it is fiercely entertaining, leaving us asking “Avengers who?”

Justice League is everything that a comic book fan could want in a superhero film. It is an absolute blast from beginning to end. Everyone involved brings their A-game, and the ending will leave you begging for more. All these things combined make Justice League one of the most entertaining and fun superhero films of all time. I can’t wait to see where these characters go next. 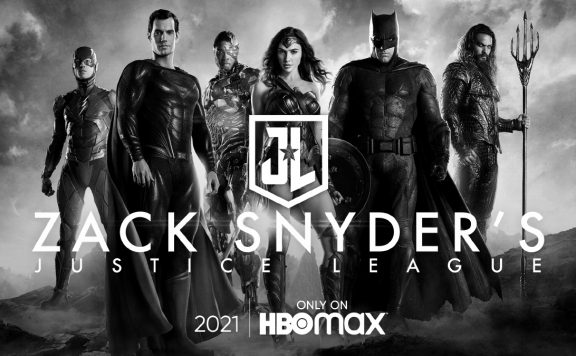 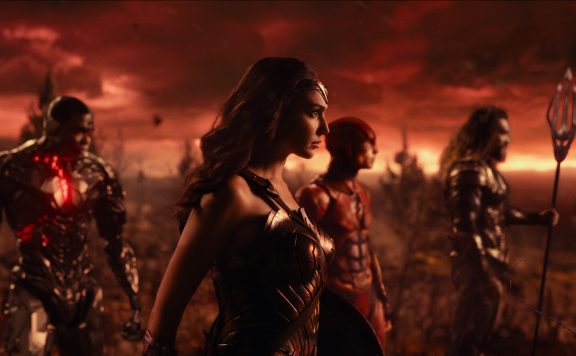